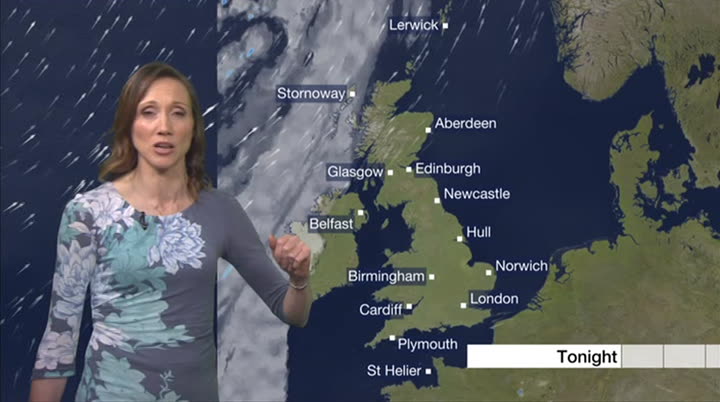 oppression of we have a way to fight oppression of the atlantic, introducing my cloud into parts of northern ireland at list of ranges in scotland which lingers from my stay the weekend, elsewhere under clear skies returning the clog mist and fog into places like lincolnshire and yorkshire. temperatures should not travelling too far, although they will be a few cool spots resting, early morning mist and fog will clear quite quickly. it will be some cloud draped through northern ireland and i think he scotland, breezy as well for northern isles he could see outbreaks of rain on this, but elsewhere, lighter winds at lengthy spells of sunshine and heat really building down towards the south of the uk where we could see highs hello and welcome to sportsday. norwich rescue a draw in injury time to keep on course for promotion to the premier league.
10:31 pm 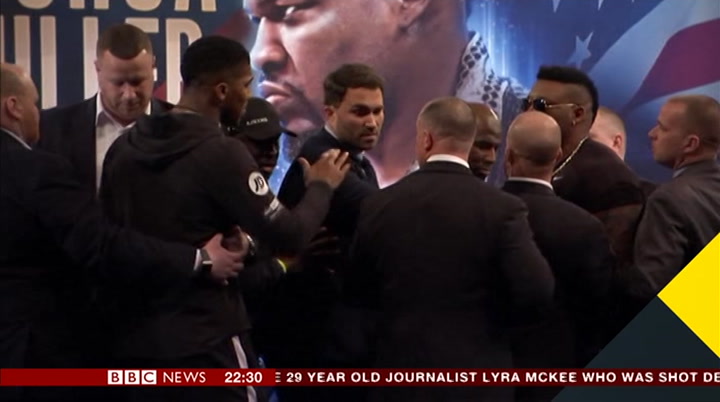 more controversy in boxing as anthony joshua's fight with jarell miller is called off after a second failed drugs test forjarell miller. the saints go marching on — in super league as leaders st helens beat wigan in the good friday derby. hello and welcome to sportsday. well the race for a place in the premier league certainly took some twists and turns today, the leaders norwich were given a fright by sheffield wednesday, needing a last—gasp equaliser to rescue a 2—2 draw at carrow road. they got off to the perfect start thanks to marco stiepermann in the 19th minute. but wednesday hit back with this incredible strike from fernando forestieri. and they took a controversial lead early in the second half
10:32 pm 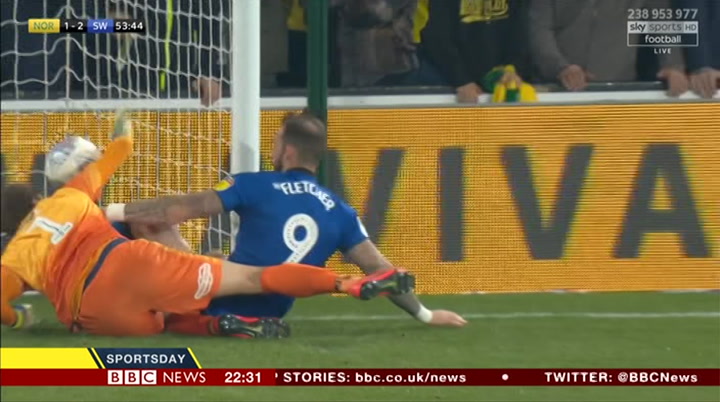 when steven fletcher appeared to handle the ball. norwich didn't give up though and in the sevent minute of stoppage time mario vrancic snatched the draw which leaves them five points clear at the top. sheffield united moved up to 2nd with a vital 2—nil victory over nottingham forest. mark duffy opened the scoring with this curling strike. blades fans had to wait until the last ten minutes for enda steven to seal the win. it moves sheffield united into the automatic promotion spots on goal difference alone. leeds missed out on regaining second spot as io—man wigan came from a goal down to beat them 2—1 at elland road. play off chasing bristol city were held at home by reading meaning middlebrough now sit in the final play—off spot, with their win over stoke city. very bad news for bolton wanderers though, they were relegated to league one after defeat to aston villa. tomorrow, manchester city and tottenham meet for the third
10:33 pm 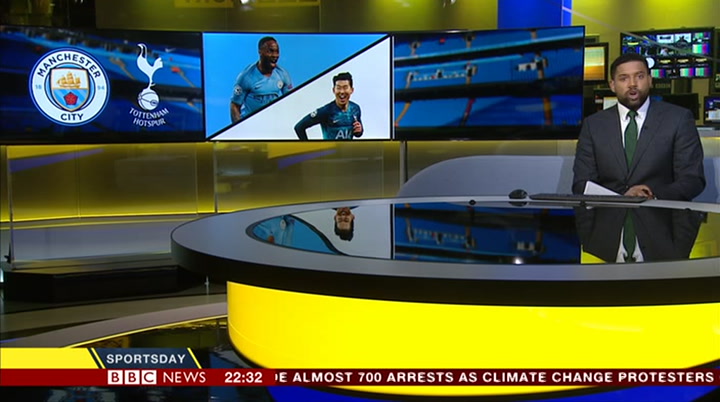 time in 11 days. with both sets of players and fans still recovering from the most remarkable of champions league matches, which saw spurs make it to the semi—finals. for now the attention is back to the premier league. city can't afford any slip ups as they try to retain the trophy with tottenham still hoping to secure a top 4 spot... patrick gearey has more. while! this game had absolutely everything! will make an emotional roller coaster for the players! how do you get up and go again after that? seven goals, to match turning decisions, thousands of hearts soaring or breaking one way or another. only three days later, manchester city and tottenham meet again, thrown together by the roster. the champions league
10:34 pm

quarterfinals give way to premier league title race, wednesday night to fuel them. the show must go on. looking backwards, looking behind, it is not going to help us to move forward. the day after, we have to get up and move forward. revenge might provide one motivation for the spurs, the league table is another. having played the same number of games. one hurdle cleared, one more strike towards the finish. tottenham are running a separate race further back on the track, they have their own challenge to finish in the top four and not let theirjourney in this league affect qualifications for next season. it is so difficult to tell them to think about last night
10:35 pm 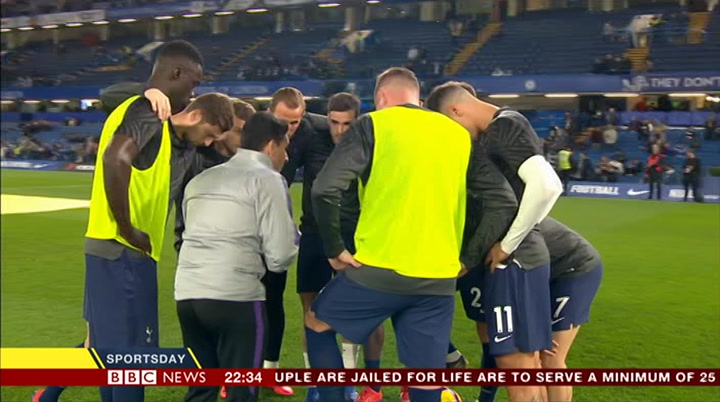 and the possibility to play in the semifinals, but the possibility altogether and try and make sure that we are going to be there on saturday with the capacity to fight and to challenge them again. on wednesday night, it was hard to keep up, let alone forget. i know you're very disappointed. why? we won. no, it was disallowed. it comes along once in a generation but a fixture that comes along twice a week. amir khan is preparing himself mentally for the huge challenge of facing a man considered one of the world's best — terence crawford for the american's welterweight world titles. our reporter ade adedoyin is in new york. firstly ade, we have had some more news regarding the heavyweight clash
10:36 pm 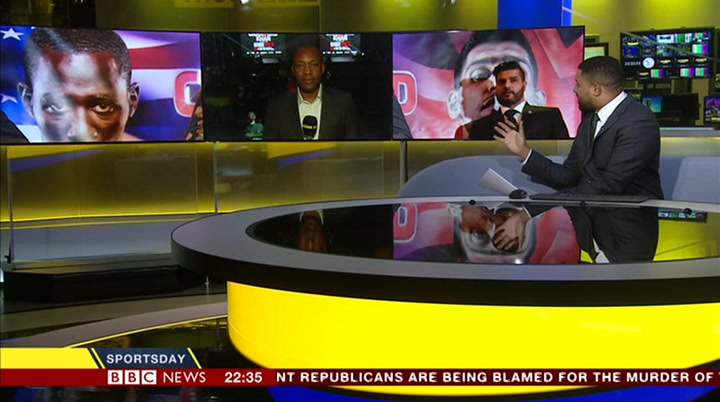 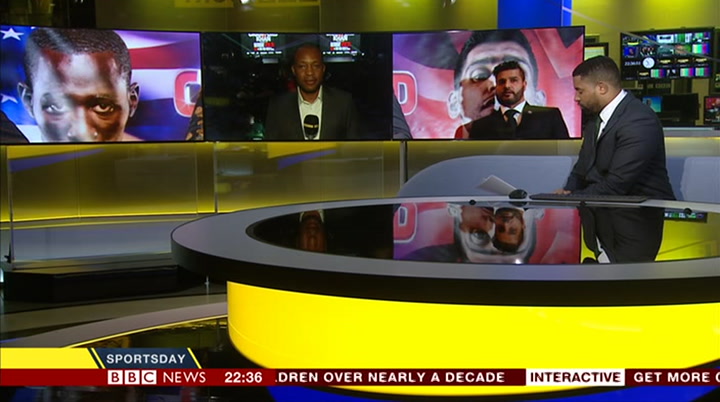 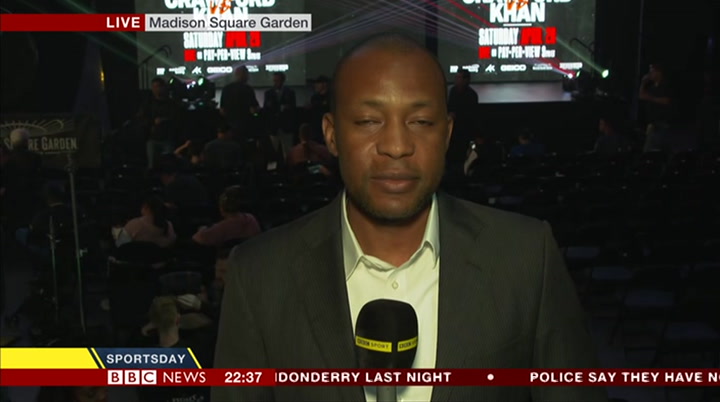 for joining tomorrow night. thank you so much forjoining us from new york. good friday has been a great one for super league leaders st helens. they beat bitter rivals wigan by 36 points to 10 at the dw stadium. regan grace scored the pick of the saints' six tries to secure the first hat—trick of his career. hull fc took the derby bragging in style against their city rivals hull kingston rovers, winning 56—12 at the kcom stadium, running in nine tries in the process. this superb try from jack logan sealed his hat—trick and a record derby victory. elsewehere, bottom of the table leeds rhinos beat huddersfield giants 38—18, and the salford red devils won 36—12 at warrington wolves. let's round up some of the day's other sport now and two time winner and top seed novak djokovic has been knocked out of the quarter finals of the monte carlo masters by world number 14 daniil medvedev. medvedev will play another serb —
10:39 pm 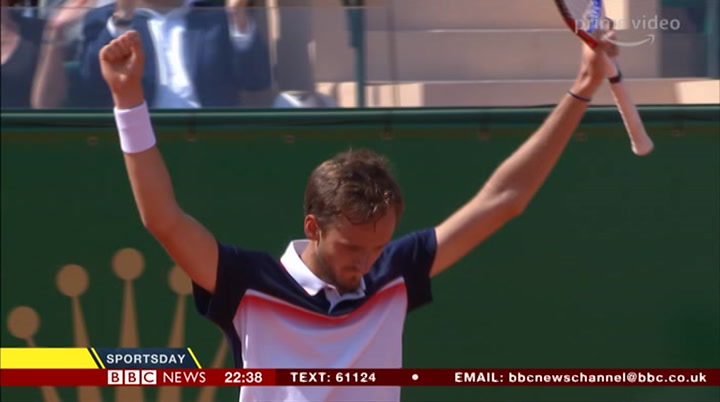 dusan lajovic — next. reigning champion rafa nadal‘s hopes of an unprecedented 12th monte carlo title are still alive. he's through to the semi—finals after beating argentina's guido pella in straight sets. england centre ben te'o is to leave the worcester warriors at the end of the season. the rugby league convert became warriors' best—paid player when he signed from leinster in 2016. and england's moeen ali helped his royal challengers bangalore side to just their second win in this year's indian premier league. the all rounder smashed 66 off 28 balls as his team set kolkata knight riders a target of 214. they fell ten runs short. the world snooker championship gets underway at the crucible theatre in sheffield tomorrow. ronnie o'sullivan is the bookmakers favourite to win the tournament, and the 43 year old says he has taken inspiration from tiger woods's triumph at the masters as he chases a sixth world title.
10:40 pm 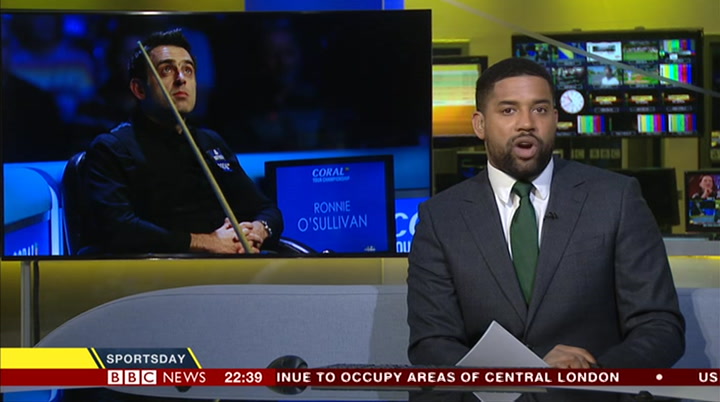 my inspiration to watch him do that, i mean, all the older generation players, will draw inspiration from that. if he can do it, i suppose you can believe in yourself. that's all from sportsday. we'll have more sport throughout the weekend.
left
right
email Borrow Program
tv