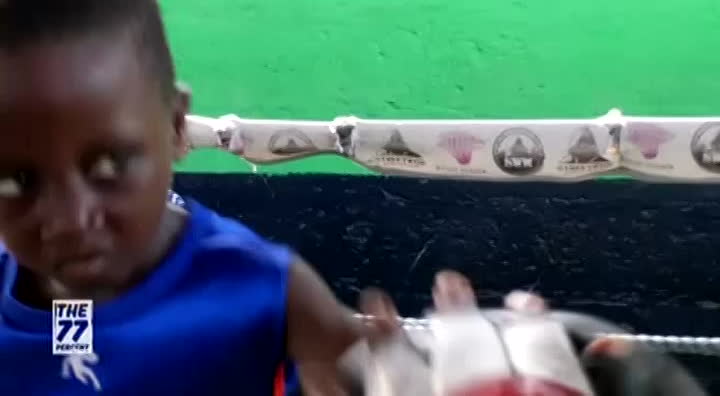 ok so is still ongoing and it's to the swimming world championships in south korea now adam p.t. has extended his dominance in the breaststroke events and he took the gold medal in the 100 meters the british woman had broken his own world record qualified for this fall and he fell short of that time today he finished well clear of his rivals to claim a 3rd straight $100.00 metres world title. let's get your reminder now of our top stories this hour boris johnson is the favorite to take over as leader of the british conservative party as the country's prime minister. the result of a vote among party members is due to be announced just hours from now. and british foreign minister jeremy hunt has called on european allies to join together to create a naval force to protect shipping in the strait of hormuz iran seized a british oil tanker there last week. this is.
3:31 pm

our football show. looking at the phenomena worldwide success of the german. don't forget you can always find out more about these and other stories. dot com for now though for me brian thomas. thanks so much for being.
3:32 pm

it's been 50 years since the. tsunami sunk in for the last tough century the moon has also use launching folk music. combining the inspiration for countless 6. 100.
3:33 pm

minutes long d.w. . i'm not proud they will not succeed in dividing us about not succeeding taking the people off the streets because we're tired of this dictatorship. taking the stand global news that matters. made for minds to know that 77 percent. are younger than 6 of pot. that's me and me and you. and you know what it's time no voice is part. of the 77 percent speech obama. this is where you cut. the 77 percent this weekend on d w. i were consumerism is causing a radical depletion of forests. for 25.
3:34 pm

is it. forest spending money. the tragic reality behind the explosion. stores july 24th on d w. is diablo slowly becoming a part of china's car industry chinese automotive group b. ai seen buys a 5 percent stake in germany's flagship comic taking the total chinese investment in the company to 15 percent. and show time in london as president prepares for a new prime minister likely to be boris johnson brags it is becoming more and more likely that as fresh figures indicate the u.k. might already have entered into recession. this is the deputy business as
3:35 pm

welcome for the chinese state owned motoring group of b a i see is buying a 5 percent stake in germany's dima the deal has been valued at 2 and a half 1000000000 euros it takes the total chinese ownership of donna to almost 15 percent with beijing back carmaker g.e. already holding a large stake i say dispenses long works with the i.c.'s part of its operations in china the german company's shares rose nearly one percent on early trading in frankfurt following the announcement. that's we're going right now observes the delaney is standing by in frankfurt at chelsea diamond have been working together on joint ventures in china for years what is the chinese company hoping to get from this investment now. well being is saying you know we're really hoping to strengthen our alliance with time warner we would like to align ourselves more
3:36 pm

closely with management what analysts are saying is that the reason this could be happening now is because last year china sort of reduced some restrictions that it had on foreign ownership. of joint ventures for multinationals so historically the only way that you could set up a company in china if you were a foreign company was to partner with a local company so this is how it got all of these joint ventures and china and now they have the opportunity to raise their stakes to take on a majority interest and some of the some of their ventures there and so that's sort of poses a problem for for these relationships because these are really important for the local companies so it's sort of what analysts are seeing this is you know a trade off of you can take a stake and if you just. sort of raise our stake and the joint ventures in china.
3:37 pm

it tells you there's been a lot of concern about china's influence on multinationals you know in danger of becoming part of the chinese code history briefly if you. i think that takes a little bit a little bit far it's 15 percent interest from from chinese owners that's not huge but the main concern for for china or for with these chinese partnerships has been really what's happening in china with the joint venture ships there so i think it comes at a definitely a politically heightened time but. you know it's more the concerns around us are more what's happening in china. so it's a dilemma i think for thank you. and out of some of the other business stories making headlines today a government panel in india has recommended a ban on all private cryptocurrency as it suggests punishments for using the likes
3:38 pm

of bitcoin including prison sentences and finds the panel urges the government in delhi to consider a setting up its own digital currency go back to by the central bank. volvo has announced a recall of about half a 1000000 diesel cars worldwide because of a faulty engine component volvo said that the engine inlet manifold is made of plastic and could melt. $160000.00 people in britain have now taken a decision that will reverberate across europe around lunchtime the conservative party that will announce the winner of its leadership ballot the chosen one will also become britain's next prime minister odds on favorite is boris johnson and that means no deal breaks it the u.k. crashing out of the e.u. without any agreement on future relations with its most important trading partners will be that much more likely than before governments think time now says as
3:39 pm

a high likelihood britain has already and to the recession a one in 4 chance the u.k. economy is already in recession pending the release of the latest quarterly growth figures pass a very gentle and in the.
left
right
disc Borrow a DVD of this show DVD
tv