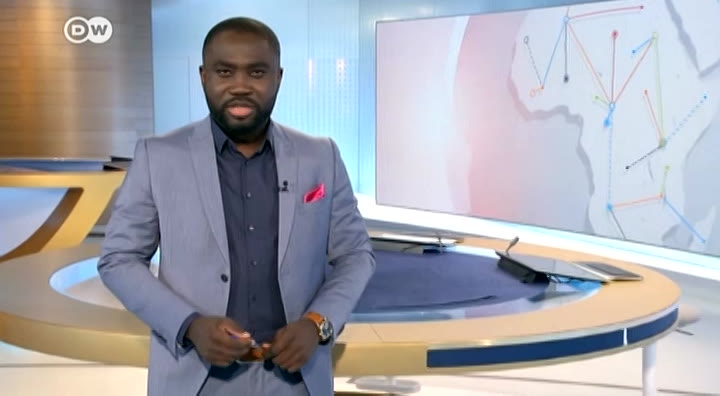 coming up on the program would be. in one of the world's poorest countries. met some of those who have. been despite the dangers they face on the way to. talk to get out with their report also coming up. celebrations in the country's military. democratic opposition. to civilian government.
7:03 am 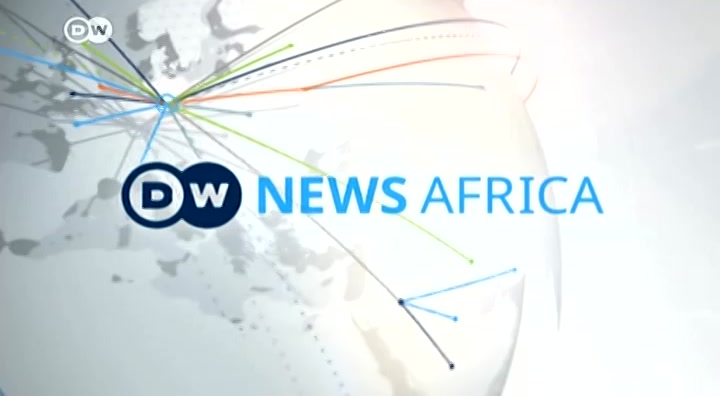 and you are welcome to the show we begin in yemen often called the wealth forgotten war over 1000 people have died since the conflict between the saudi backed government. with the rebels began in 215000000 fled the fighting on famine in yemen but incredibly east african migrants from ethiopia and somalia headed to watch the water on middle eastern country. many problems in their home countries if they make it across the sea that narrow streets of water you see yeah well it's likely they will end up stuck in yemen they are dream or region. which is north of yemen remains just that our correspondents funny aden in yemen migrants arrive and where they often end up trapped.
7:04 am 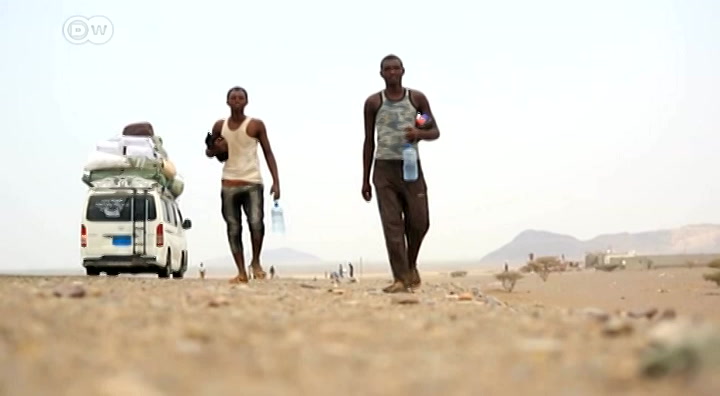 said. he's the youngest migrant i meet today he arrived by boat with his brother from one of about 100 this man is haunted by images of the dangerous crossing. out of the many when we got into the there was no water and no food. it was too windy. some people had to stand others were sitting there the boat was very crowded. that. the ones who do make landfall then have to walk for days to get desert. these young men paid a couple of $100.00 to reach their goal saudi arabia to find work but with the all certainty and instability in yemen it's completely unclear where are these migrants will end up an estimated 100000 migrants reached yemen from africa every year
7:05 am 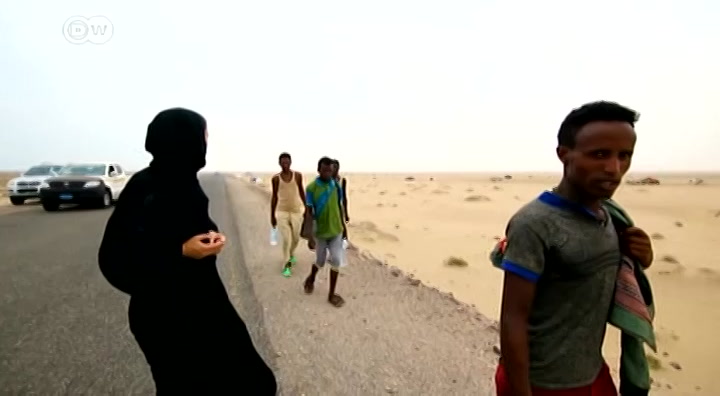 this migration route is less known compared to the want to europe through sudan and libya and it's cheaper but dangerous yemen is littered with landmines and aid organizations stops by there are only prepared to talk off the record i hear most migrants will never reach saudi arabia most of the many or 85 percent just. one of the places in war torn yemen where migrants are drawn into the conflict. in aden i meet one of the yemeni smugglers wants to remain anonymous the war in yemen of forced him into smuggling he says there are no jobs we can't find anything else to do but working at sea. fishing for people. makes smuggling a lucrative business he earns the equivalent of $400.00 euros dollar of it each
7:06 am 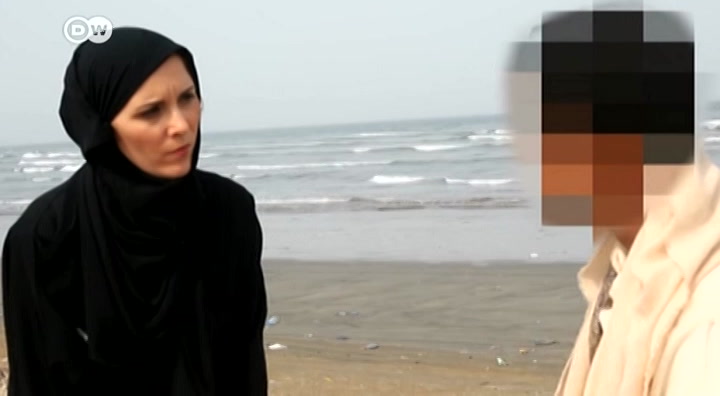 migrant he tells me. the smuggling business is widespread because there's no security no stability no good living the business is flourishing now yemenis are struggling with chronic unemployment and poverty in their midst the stranded migrants. arrived 2 months ago from theo pierre he says he was beaten by smugglers and has no money left to continue his journey his message to other migrants who just want to tell them not to come in to try to make. any country. as much as possible. they have to stay in their home. but the smugglers promise that the migrants will reach saudi arabia who continue to pull them even to a country that has as many problems as yemen. the report on yemen was from our correspondent funny fresh she joins me now from lagos hello
7:07 am 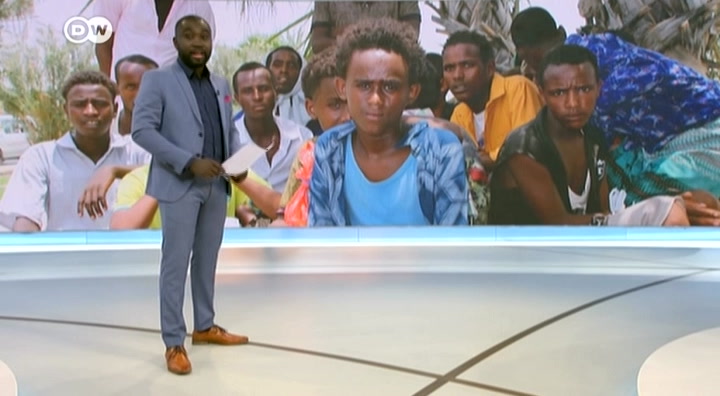 sunny thanks a lot for joining us and welcome back from yemen for a week from the what's where the major concerns of these my guns over there. from the very basics at the lack of food lack of water there's a lack of security specially for the people who are most vulnerable because according to official statistics at least 20 percent of the migrants did arrive in yemen younger than 18 so we're speaking here about minors for speaking about children who are at the mercy of these smugglers many migrants have spoken to said that these migrants are beating them torturing them to squeeze the last cent that they have all of them or all of the families back home threatening them that they're going to do something to you know months once they arrive in yemen if they don't send more money all of that situation is why the injuries for the migrants when they arrive and you may ask yourself why in the role do they even embark on such a situation don't they know what's going on in yemen but i must tell you many of
7:08 am 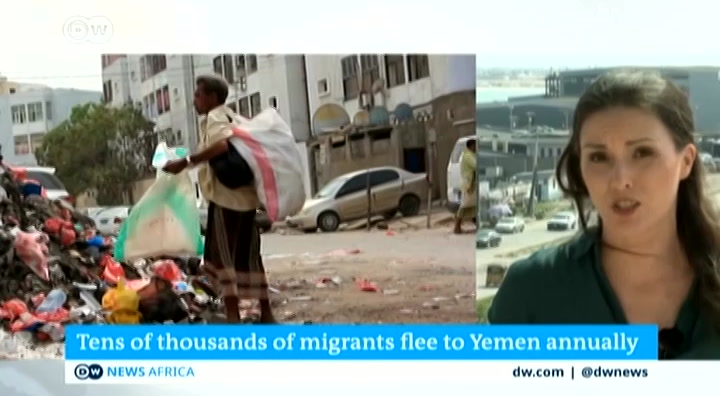 them believe there smugglers that they have paid a couple of 100 u.s. dollars and their promise is that they will actually end up in saudi arabia but as you just heard in that report for the majority of these migrants that's not the case they're stuck in yemen i mean stuck in yemen conditions definitely terrible so what exactly are they escaping from home. the very same factors that up pulling people away from their homes worldwide that appalling migrants away from their home countries from their country of origin is pretty much the same also for the east african migrants that arrive in yemen a lack of jobs a lack of faith. a stable life basically lack of a life in dignity but if the zoom in a little bit more when it comes to the ethiopians which make up for the biggest portion of migrants arriving in yemen there's something else political instability in ethiopia and into ask the violence that has more of the resulted in millions
7:09 am 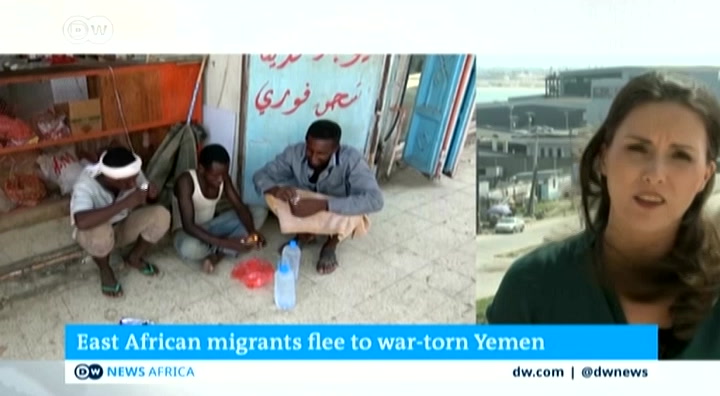 being displaced in their own country ethiopia so that factor that in and you will find a lot of migrants coming to yemen trying to escape their own a problematic situation violence hunger poverty you name it ok finally before you go to those no one's returned home what is really being done to ensure that they go talking about again is asians like the u.n. for instance. that is the international u.n. agency the organization trying to bring some of these migrants home they called voluntary return nice even though you that the word well internally has been under scrutiny because home here home much do you want to freely go back to the country that you tried to escape because of violence but the problem is even if people decide to go back to your hole do you get them home from yemen a country that is controlled by the saudi arabian coalition the southern part of it where the airport is controlled by different forces it is so i'm clear but the plane will actually take off and haul fast to bring these migrants back where they
7:10 am 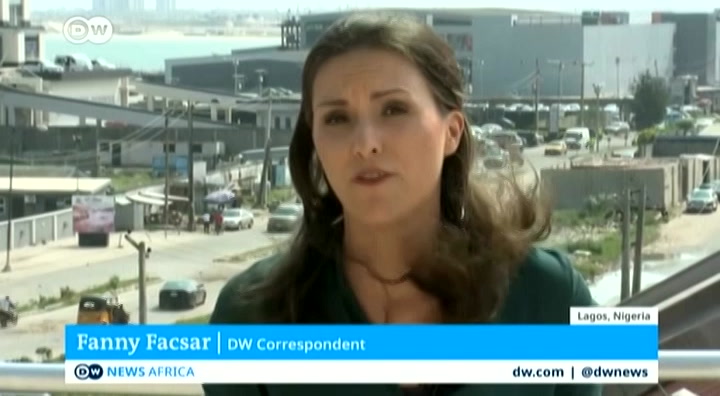 came from ok they don't use west africa correspondent funny for us thank you very much for the time. the streets of sudan's capital have seen bloodshed with more than a 100 people dead since the army to cordial in april now the country's military chiefs have signed a power sharing agreement would put as leaders that. pish the way it's a civilian rule the deal establishes a joint council that will govern onsen elections in. celebrating again and this time hoping it's for good. people here convinced that they finally have a positive outcome after all the protests and talks since the overthrow of the longtime president omar bashir in a front. today is a day of joy our happiness with sudan and with the agreement that was reached today will not fade. but.
7:11 am 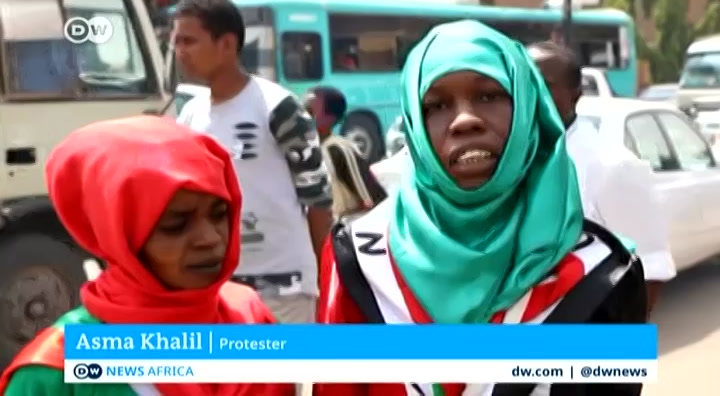 i'm telling our martyrs who died that they did not die but they lived through the revolution we are telling the mothers of the martyrs not to mourn because we will not forget the blood of the martyrs. the young. the today is a historic day in sudan. firstly it's the beginning of peace and of development and of security. that's what we want security peace and development is what all people of sudan want. above all sudan needs peace and now the guns will fall silent and we are calling on all armed opposition groups to lay down their guns. sudan's pro-democracy movement and the ruling military council signed a constitutional declaration on sunday a green the mortalities off power sharing. their voting no you know.
7:12 am 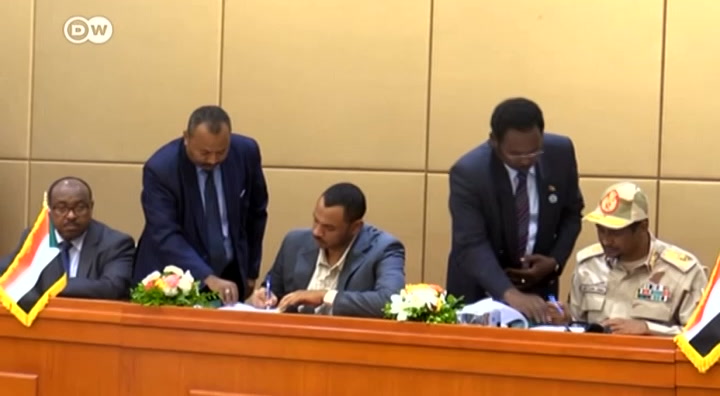 we went into these negotiations as 2 partners seeking national justice and we concluded these negotiations as a united team. were home our concern is the whole of sudan. we stand here after the national will has been victorious. the result is that there is no winner or loser because the interests of the nation at paramount in this agreement. even so emotions are still running high in ca too high priority for the new dawn civilian and military government would be the just and transparent investigation into the killing of protesters and the platts to bring those responsible for the death to court.
7:13 am 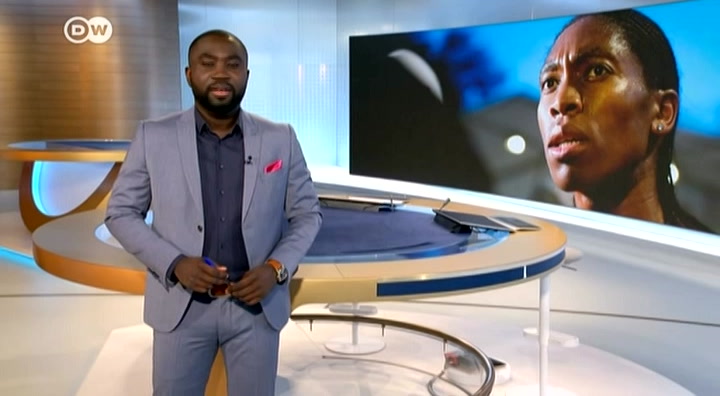 lead cost us the man yeah has been attending a woman's road race and the cops are pretty just days not as us effectively barred from competing at the world championships in doha later this month a source caught. like so many with high testosterone levels must take medication to reduce the hormone if they want to compete in the band's is appealing the ruling saying she is who she is and wants to compete. that i would take $800.00. 8 months of ational message for fans i had of the 10 to live with a woman. who misses very soon if you never hear me. i think. i was missing you just to give you clues oh you say there's so many. men as. we were only here to finish the race i believe you'll be. in this competition.
7:14 am 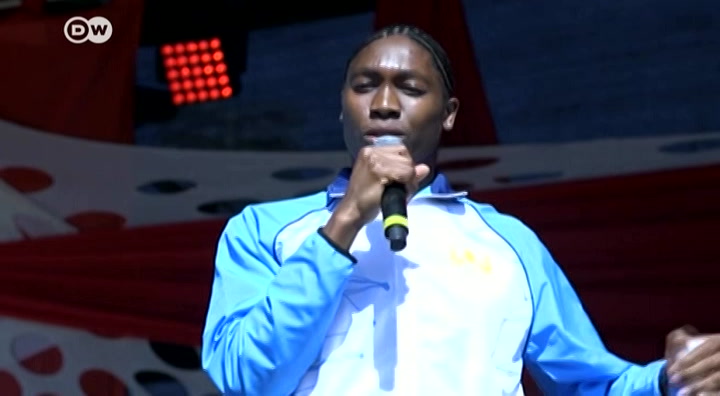 you. believe. very wise words from the 2 time olympic gold medalist and on that note we draw the cats and song this edition of africa you can catch all our stories on our website on face book page leave you with some images of. the one watching that finishing same time tomorrow i from the.
7:15 am 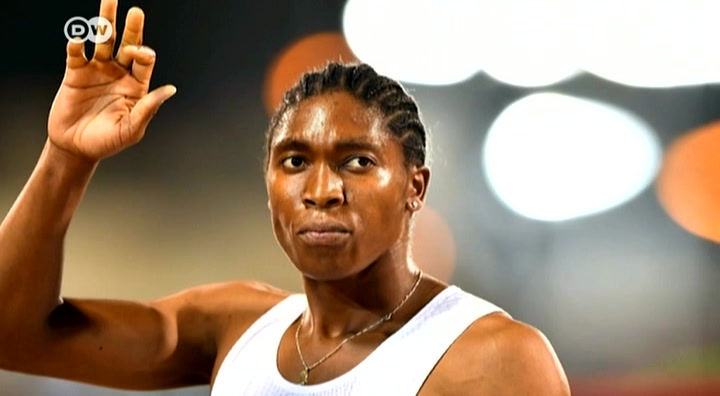 letter we were. when we were. 80 percent of americans at some point in our lives will experience hardship listen i. think it's. what keeps us in shape what makes us see how the. mind and. dr carson because i talked to medical experts. watch them at work. and they discuss what you can do to go ahead. stay tuned and let's all try to stay in good shape. come w. .
left
right
email Borrow Program
tv