drama in the final second in the nba match in london — as the washington wizards snatch victory against the new york knicks thanks to a video review. and ireland's shane lowry retains the lead at the half—way stage of the abu dhabi championship. all of that to come — but we start with tennis. it's day 5 at the australian open where play is well underway already — and the the defending men's and women's champions will be both be in action later. our reporter david law is in melbourne — and can bring up to date with what's happening, and what's still to come. we may well get some late finishes tonight too — not unusual at the australian open. you just saw ashleigh barty win? yes. she is the australian hope and a player who may be playing the best
1:46 am 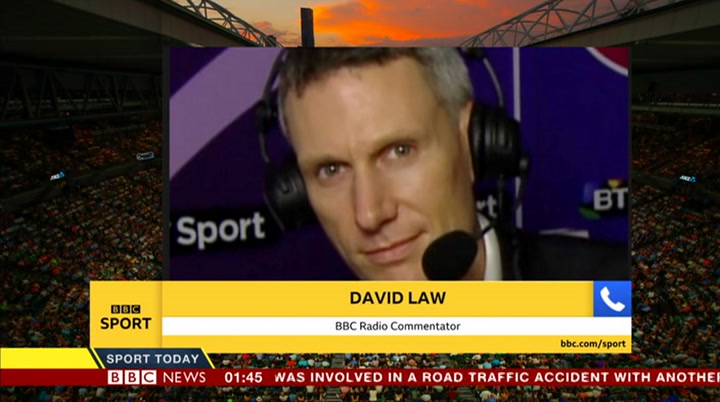 tennis of the like. she won under the roof because it is raining today in melbourne against her greek opponent. another greek is on court at the moment is. and exciting young player who is 14th seed here. he is at one set all at the moment. thomas burdekin is a set down at 5— three up burdekin is a set down at 5— three up in the second set and later on today roger federer is the next match due on the rod labour arena. and then we have a blockbuster. maria shara poker against caroline was the ascii. two former champions meeting in the third round and then it will rathenau dell against another australian hope in the evening session. —— rafael nadal. there may be another late finish, not at all unusual in the australian open. but it's safe to say
1:47 am

britain'sjohanna konta isn't happy about finishing her match in the early hours of the morning against garbine muguruza? they didn't even get on court until midnightand they didn't even get on court until midnight and they left 12 minutes past three in the morning. is a bit absurd and joanna said afterwards that she does not think it is healthy, that it is dangerous to play sport at that level at that time of night. only eight hours later we were back here again for the first match of the same day, effectively. it was crazy, really. it is not the latest match ever hear, that was 4am between late in us and back data is a decade ago. —— between two men's players a decade ago. on to football — and the group phase at the asian cup reached its conclusion on thursday. it was a dramatic end, with goal difference and even yellow cards needed to separate the sides as the line—up for the last 16 was decided. with all the details, here's rhia chohan:
1:48 am 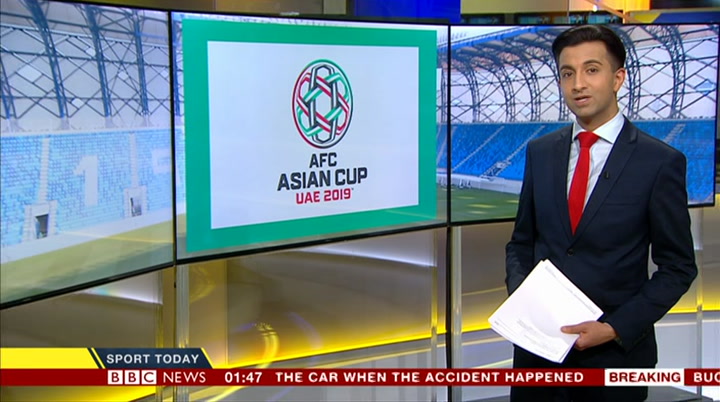 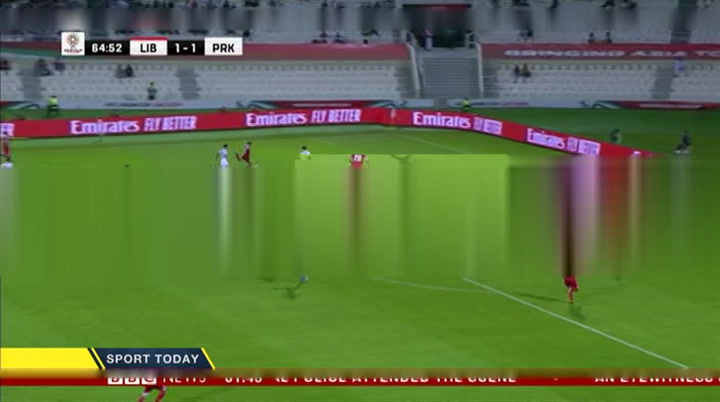 inside the iyer reared , inside the iyer area, at , was even ltr: enough. ‘join in leaving the nowjoin north korea in leaving the competition. a poor landing after such an incredible victory. in spain, the holders barcelona are through to the quarter—finals of the copa del rey after overturning a first—leg deficit against levante in their last 16 tie. barca were 2—1 down from the first match, but ousmane dembele scored twice in a minute in the first half at the camp nou to put the holders ahead in the tie for the first time. lionel messi added a third early in the second—half as barcelona won 3—nil on the night — and 4—2 over the two legs. elsewhere, borja iglesias scored twice for espanol as they beat villarreal 3—1 on the night, and 5—3 on aggregate. and real betis are also through to the last eight. they drew 2—all at real sociedad to go through on away goals. the draw for the quarter—finals takes place on friday. the nba returned to
1:51 am 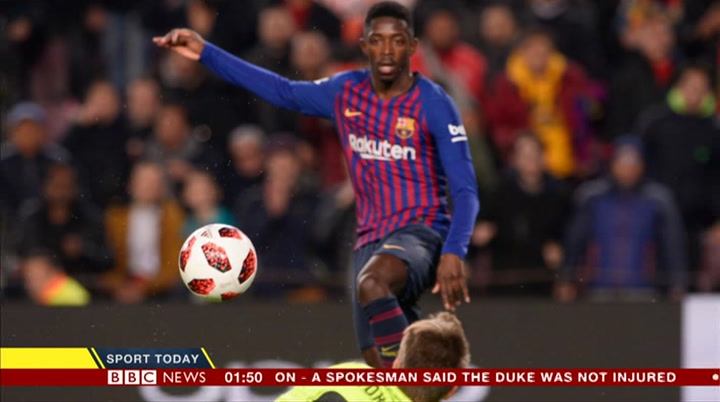 london on thursday. in the 9th regular season game to be played in the british capital, washington wizards edged out the new york knicks by 101 to 100 in a thrilling finish at the 02 arena. one player who chose not to travel was the knicks‘ enes kanter. turkish prosecuters have issued an international warrent for his arrest. he's spoken out against turkey's government and says he gets hundreds of death threats a day for doing that... when my team was flying to london the turkish government put a red notice under my name with interpol when my team was on the flight. still in the air. so if i had gone to london and they put an arrest warrant, and they did, as soon as they left the plane they would send
1:52 am 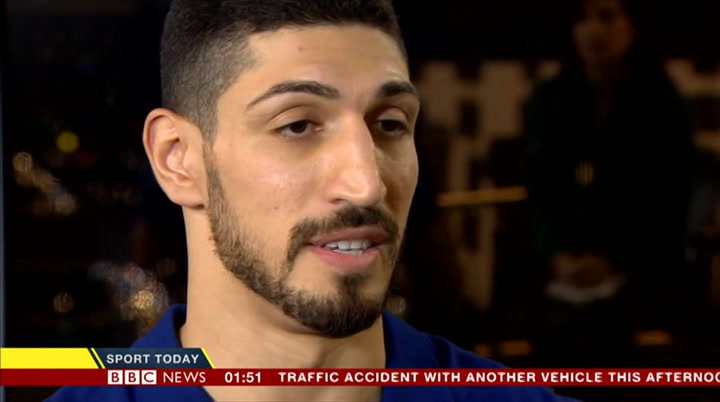 me back to turkey. do you feel you have been proven right? yes. everyone was saying i had a visa issued. i do not. i show everyone my travel document. and that is why i was worried. well, kanter would have been interested spectator from his home in new york — even though his side lost to the wizards. there was drama in the final seconds. the bbc‘s tulsen tollett was at the game at london's 02 arena. the absence threatened to overshadow the game but it did not. a big crowd here in london which enjoy the occasion. i spoke to the nba commissioner before the game and he said that the decision of the turkish player to notchjoin the match was regrettable but understandable. as the commissioner of the league there is nothing more
1:53 am 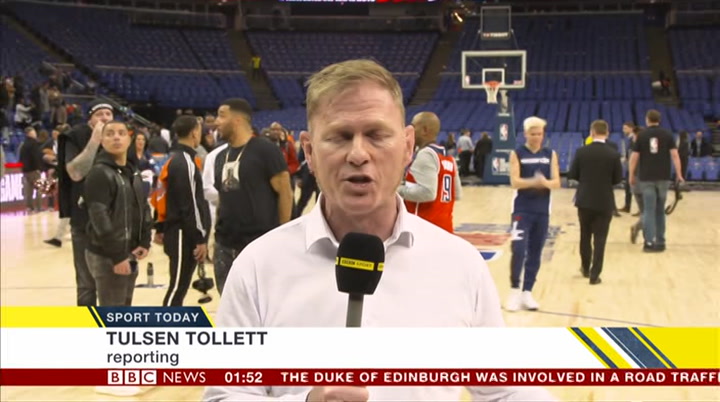 important than the security and safety of our players. so we take quite seriously the threat he has received, even if it is just people on social media. again, i support him asa on social media. again, i support him as a player in this league and i support the platform that our players have to speak out on issues that are important to them. on the court, new york came into this is not the best of results this evening. elevens in the conference. for washington. this the game sprung to life in the fourth quarter. the knicks had led a hallway through but top in the for got 54-51; push got ::; ihte is": 77777 ”7 7747 push got at; ihte is": 77777 ”7 7747 push got at; ih thomas 7777 ”7 7747 the push came at the endg'thpmas {tweet-tee? . ~ goal tending. - there is still a
1:54 am 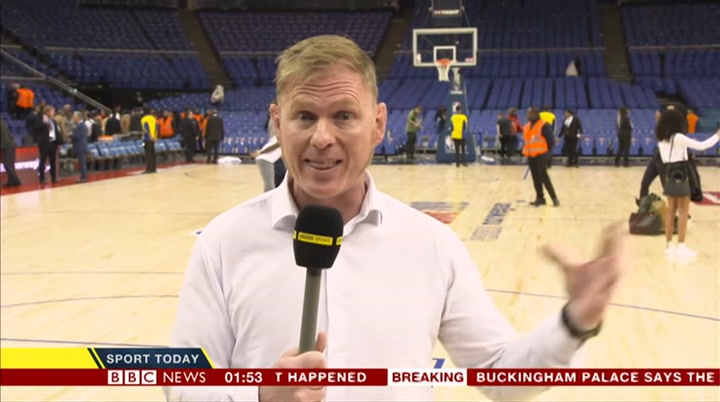 goal tending. and there is still a chance now for the wizards to get through to the play—offs. they win here, not just. golf — and ireland's shane lowry has retained the lead at the half—way stage of the abu dhabi championships. with a 2—under—par round of 70 on thursday. —— he followed up his course "record—equalling 62" on wednesday with a 2—under—par round of 70 on thursday. that took him to 12—under—par for the tournament — and lowry, who's bidding for his first tour title in four years, is one shot clear of the field. the defending champion tommy fleetwood carded a 72. he's 3—under—par after two rounds — nine shots begind the leader lowry. qatar's nasser al—attiyah has won the dakar rally title for a third time. the toyota driver beat the spanish pair nani roma and alex haro bravo by 46 minutes. the gruelling endurance event started and finished in lima, peru and involved 10 stages of competition. the bikes category was won by australia's toby price. you can get all the latest sports news at our website team, goodbye.
1:55 am

hello there, good morning. the cold weather has arrived, and it looks like it's going to stick around for quite some time. and it's really cold and frosty in many places right now. not everywhere, because we've got a weather front coming in, bringing in more cloud, bringing some rain. but it's moving into the cold air, so there will be a bit of sleet and snow, mainly over the hills. but ahead of that, still some icy patches, following those earlier showers on the northerly wind. widespread frost, and we could be down as low as minus seven celsius. but there's more cloud coming into northern ireland, into wales and the south—west, bringing with it some rain, a bit of sleet and snow over the welsh hills, then over the cumbrian fells, the pennines, the southern uplands as well. but there may be even a little bit of sleet and snow at lower levels through the midlands, the west country too. temperatures in the west will recover a bit later on, but for the eastern side of the uk,
1:56 am 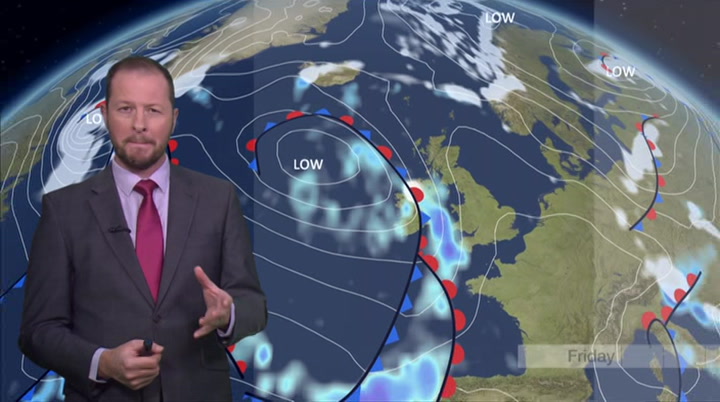 where it's going to be dry but nowhere near as sunny as it was on thursday, it's another cold day. but at least we don't have the northerly wind, and it's not set to return this weekend either. it will stay cold, mind you, although a lot of places will be dry, particularly on sunday. now, this area of low pressure is bringing in that band of cloud and patchy wet weather. and it tends to weaken and stall as we head into saturday, and things turn a little more showery. now, it won't be as cold and frosty in the morning, because there'll be more cloud around. there'll be some showers, as well, mostly of rain, but a bit of sleet and snow in those, particularly if they head further north across england towards northern ireland, as well. here, it's probably going to be a dull day for the most part. the best of the sunshine across northern parts of scotland, but temperatures struggling — four, five or six degrees generally across the uk. now, as we move into sunday, pressure starts to rise a bit more. so that will tend to push away the showers, break up the cloud a little bit, and into that, we've got a weak weather front arriving from the north—west.
1:57 am 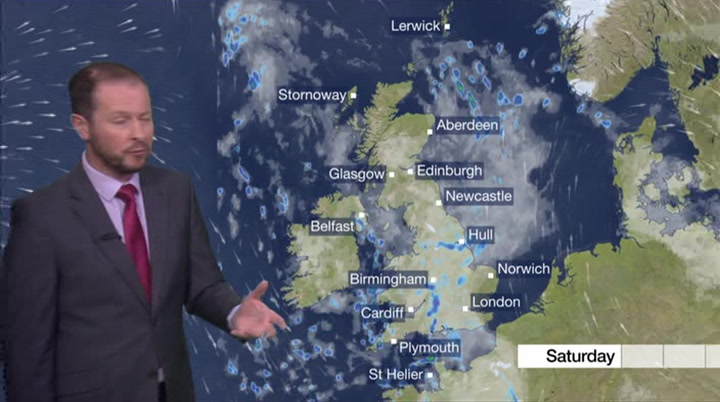 but there's probably going to be more frost ahead of that. not as cold as it is right now, minus one or minus two, but some more sunshine across the uk on sunday. we've got that weak weather front bringing a little bit of rain, maybe some sleet and snow over the hills, nothing very much, and behind it, a north—westerly wind pushing in the sunshine back into scotland and northern ireland. but again, it's quite a cold day, with temperatures about six degrees or so. let's look ahead into the beginning of next week, and another frost to come as we move into monday morning. then we get these weather fronts coming in from the atlantic, and at some point they're going to stop, and that means we run the risk of some sleet and some snow, particularly in the west for a while. but an easterly wind may pick up as the week goes on, and therefore it is staying cold. a very warm welcome to bbc news — broadcasting to our viewers in north america and around the globe. my name's mike embley. our top stories: the duke of edinburgh, the queen's 97 year—old husband, is involved in a car crash. his car overturned, but the royal family says he's not injured. one of north korea's top diplomats arrives in washington, fuelling speculation of a second summit betweem kim jong—un and donald trump. thousands take to the streets of the sudanese capital,
1:58 am 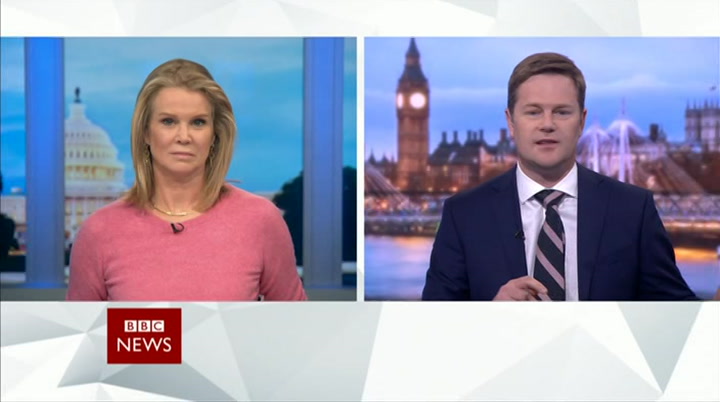 khartoum, demanding the resignation of president omar al—bashir. and we report from gaza on the hospitals facing possible closure because of shortages of fuel and medicine.
1:59 am 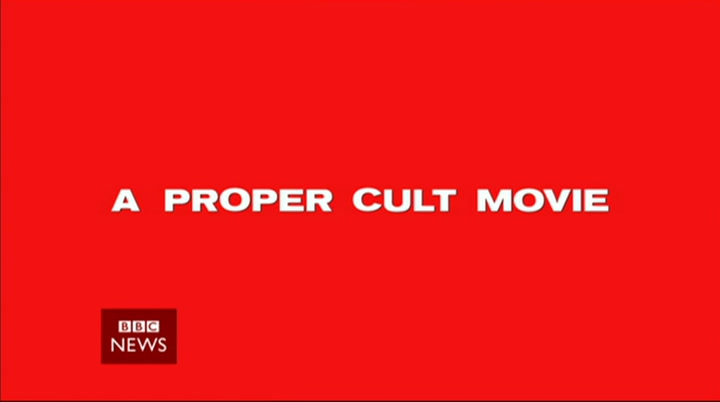 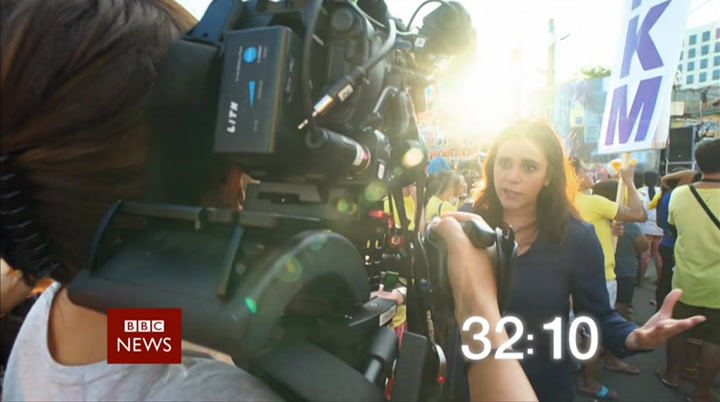 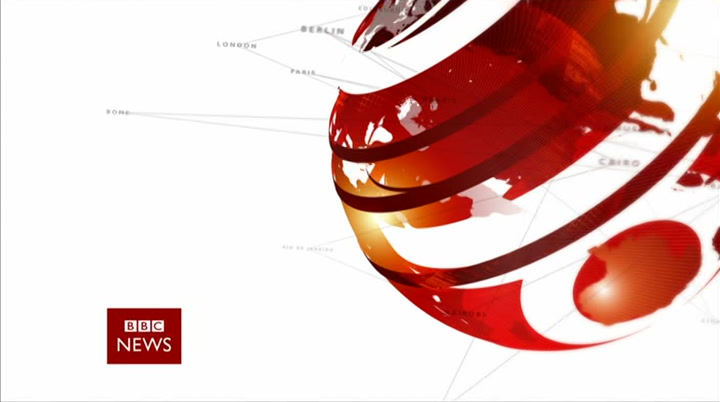 All the latest sports news and results from around the globe. Also in HD. [S]