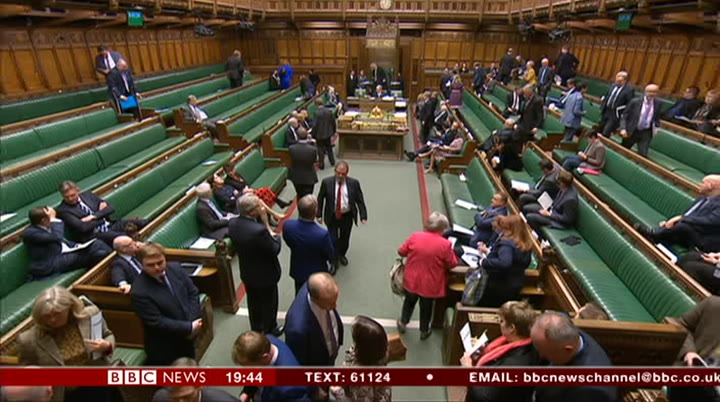 this is bbc news. i'm martine croxall. perhaps, been unaware. the headlines at 8pm: order, order. bbc parliament has made an international star of mr speaker, the prime minister requests another john bercow, thanks to its live brexit extension until the end coverage on all the twists ofjune and says the uk will make and turns of brexit. the channel attracted a record preparations for european parliament elections just in case. 3.5 million viewers injanuary, as well as its five biggest daily audiences of the past decade. bbc parliament broadcasts live all the proceedings of the house of commons, the shadow brexit secretary sir keir as well as providing coverage starmer says the government of the house of lords, has proposed no changes committee meetings, the scottish to its brexit deal, though parliament and the welsh downing street has insisted it and northern ireland assemblies. would be prepared to make changes it also makes some programmes to secure cross party agreement. of its own from the archive. obviously that's disappointing. the bbc parliamentary correspondent, compromise requires change. mark darcy and ruth fox we want the talks to continue, from the society have been providing and we have written in those terms expert commentary on the some to the government, of the big debate. but we do need change if we are going to compromise. an inquest finds that a botched ira warning call contributed it is an addition much appreciated by viewers like michael mcdonald. while television cameras didn't arrive in the house of commons until 1989. it took a lot of lobbying by the bbc and other broadcasters
7:46 pm

before they were allowed. some mps feared the light and the mics would coursen political debate and trivialise the work of parliament. those who voted against them, the late ian gow, ended up delivering the first speech to be delivered any comments. tongue firmly in cheek, he related advice offered to him and mps by a pr expert,. and i quote, the impression you make on television depends mainly on your image, 55%. with your voice and body language accounting for 38% of your impact. only 7% depends on what you're actually saying. that suspicion of the camera encouraging style over substance persists today. still, since bbc parliament started broadcasting in 1998, it has established itself as a fixture of the landscape.
7:47 pm

last summer the bbc said that the channel would no longer show bespoke programmes and would only be on air when parliament was sitting. that was reversed after protests. in october, that decision was reversed after protests by politicians, including guess who? one of its stars, speaker bercow. what is your expedition for the bumper audiences in your channel? well, the audience knows that there is a lot at stake. and that they can see unfolding in front of their eyes. i think there's an excitement that we don't know, they don't know what's going to happen next and that makes it a very compelling viewing. so you have dram, you have a certain amount of intrigue going... jeopardy. jeopardy indeed. certainly plenty of that. but how do deal with fact that you are explaining your world,
7:48 pm

particularly for new viewers, that is quite an alien one, and arcane? we don't intervene in a big way. on screen we had various captions that you to what is happening because we recognise that it is too complex and difficult. in any divisions on the really big votes, on the big debates, our correspondent mark darcy from today in parliament and a red fox have come in and commentary —— ruth fox and they come in and give us a guide on what to look for and what is happening. one thing we do here is that some of the big events, prime minister's questions and other ones, bbc parliament and bbc news are doing and bbc two doing it. it is kind of crazy, isn't it? talk about super serving an audience? lets turn it around and think. if we think it is worth having a parliamentary channel, and i think most people
7:49 pm

would get it. what with the alternative be? wouldn't be seen to the news channel it cannot weave the parliamentary story into its telling of the wider political story? that would not make sense with did mean telling bbc one or bbc two that they cannot touch parliament? that they have to back off and never cover parliament? if you telephone like that it seems why do we turn around with the same picture is being seen in places. i do understand the audience and what is going on there. what about these restrictions? there are what about these restrictions? there a re clearly what about these restrictions? there are clearly limits to what you are allowed to show. you only have the pictures that are surprised. some of that has changed over time, how has that has changed over time, how has that changed and what are the continuing frustration is? it has changed a lot. there is a much more flexible understanding of the rules. very importantly, we can see mps or peers are listening and taking part in debates without actually necessarily been on their feet and speaking. so it is a much more
7:50 pm

natural, way of seeing... it is much more like the expense of being in the chamber and watching it unfold. the other thing that has been... that has made an incredible difference is that we have cameras just outside —— beside the speaker. you get a close—up view of the front benches. it has been dramatically changed. you feel like you're there. on monday evening we had as protest that briefly disrupted proceedings, the seminaked climate change campaigners. they include any press gallery. mps were reacting to that, but it was clearly part of the event night, but the viewers on bbc parliament would not have seen it. that does feel like it would have been treating the audience, doesn't it? other parliaments take a different view of it. if restricts the pictures we can see and does not allow pictures of the visitors gallery. as a journalist, does that
7:51 pm 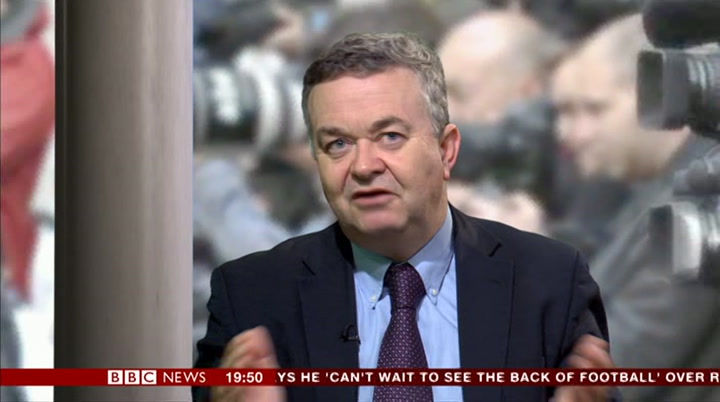 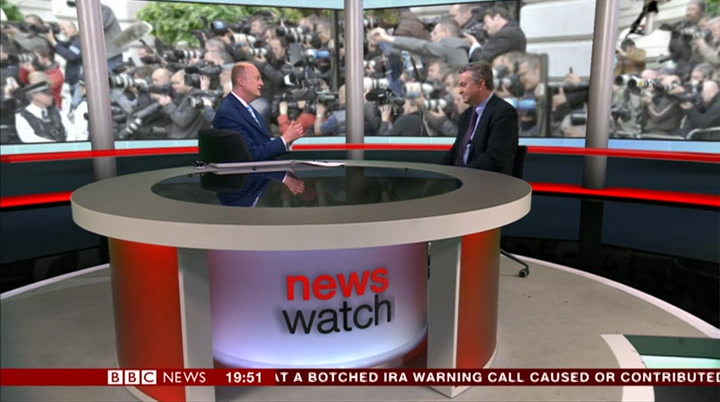 —— ian gow raise all those years ago. the everybody that there's an element of grandstanding, that has crept in as a result of televising, that the cameras have attracted that kind of behaviour, encourage that?” don't think there is a... that people are playing up to the cameras. these are very long days, exhaustingly long days that they are working and it is beyond anybody‘s capacity to preen themselves and pray to the cameras for such a long stretch of time. it is just part of their lives. thank you very much. inside and outside parliament emotions have been running high. insults were hurled and the rhetoric becomes ever insults were hurled and the rhetoric becomes ever more insults were hurled and the rhetoric becomes ever more emotive. after the prime minister announced that she would meetjeremy corbyn in an attempt to meet the backs deadlock, several furious conservative mps
7:53 pm 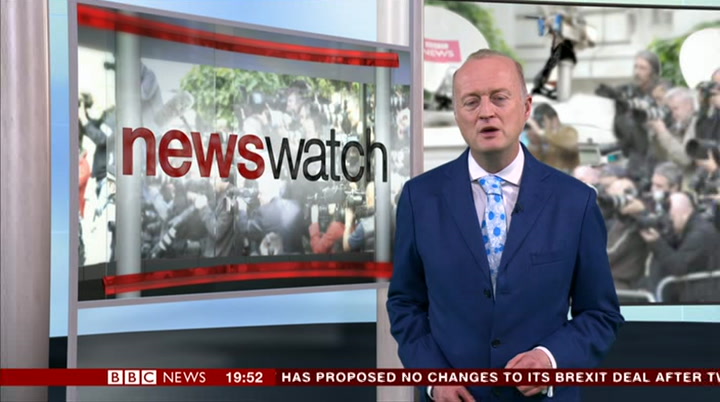 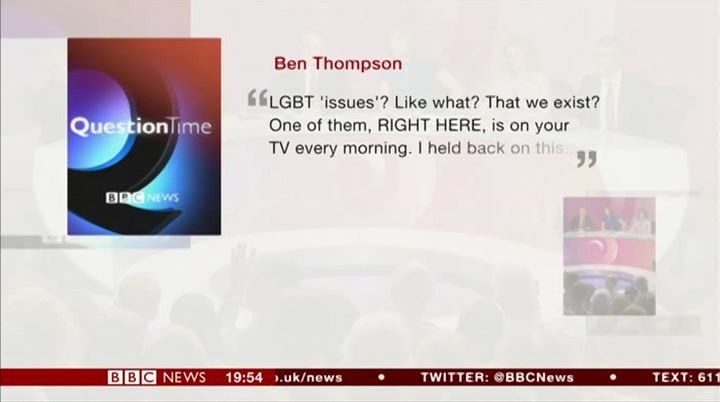 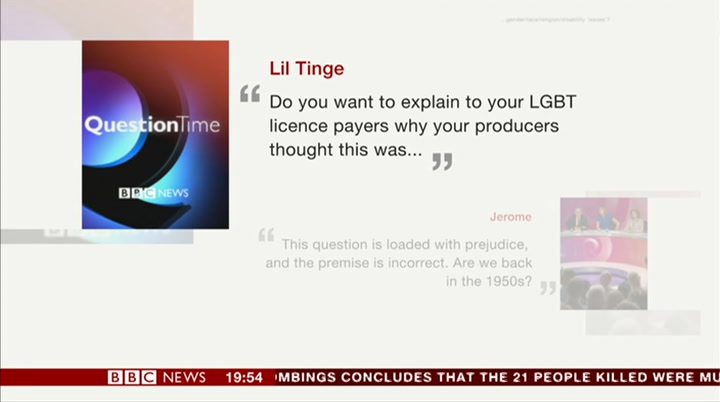 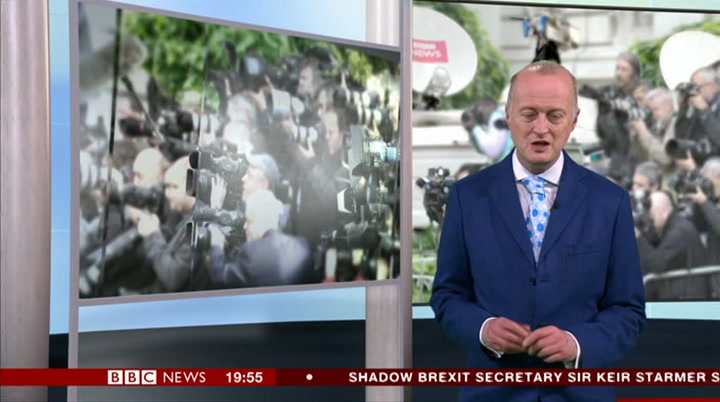 thank you for all your comments this week to stop if you want to share your opinions on bbc news and current affairs then please e—mail or you can call us. please also have a look at our website. that is all from us. i will be back to hear your thoughts about bbc news coverage at the same time next week. hello, for the weekend weather expect a change of fortunes for what you may well have seen today. western parts had most of the cloud, some rain and there will be dry, but the east and north—east some of us had some glorious sunshine. expect cloudy skies this weekend. its role of cloud around the lower area pressure them to the south—west. it has crossed that and north—west
7:57 pm

england and wales. into the weekend living brighter and dry conditions in the west, but we quell offence committees. with more cloud and patchy rain and a chance of showers. againa patchy rain and a chance of showers. again a reversal of fortunes this weekend across the eastern side of the uk after today's sunshine, a cloudier picture. you may see some wet weather at times where you saw them. it will feel warmer too. we still have some rain, for parts of south—west england, wales and northern ireland. they are gradually retreating westward the night. especially from scotland where there isa especially from scotland where there is a patchy rain and a choice not to night here. temperatures edge up a few degrees. real spots under clear skies may just few degrees. real spots under clear skies mayjust see temperatures drop low enough for a touch of frost. now, that cloud in scotland, low cloud, there will be per visibility in some places coasts and hills under that sort of thing. cloudy because the estate of england. northern ireland, wales and the western side of england looking pretty nice for the grand national
7:58 pm 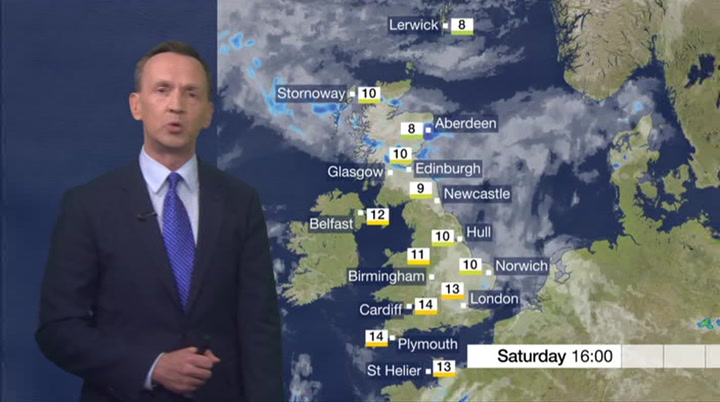 at aintree stop it will feel warmer, but still cool towards those nursery cost. some cried and patchy rain, especially in scotland. we keep some of that. tending to feed further west and the cloudy skies, it's not going to be as chilly. a medal structure sunday morning with a good deal cloud around. we are looking to see some deal cloud around. we are looking to see some bigger showers. they could be happier with maybe a rabble of thunder. the portrait is on in southern london so be aware of that. —— the boat race is on on sunday so be aware of that. it is e—mailed to feel two things. that is how we start on monday, but it is not going to last. clear air comes back and as the beat goes on and that in temperatures dropping.
7:59 pm 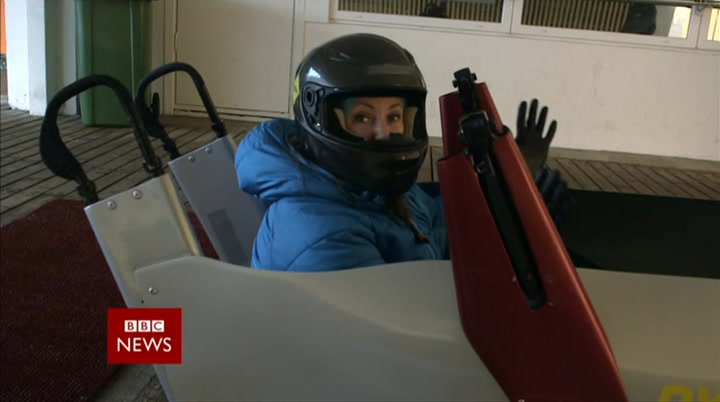 Your views on the coverage of events by BBC News, answered by the editors and decision makers in charge.