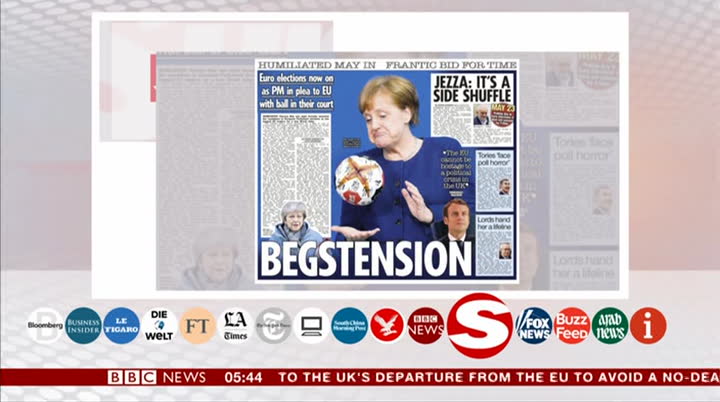 good morning, welcome to breakfast to go to the with theresa may having to go to the with louise minchin and dan walker. eu because she has not found any our headlines today. ground with labour. labour has said major changes to divorce laws in england and wales so couples can split faster and with less acrimony. she hasn't moved in anyway, she has four days before the uk is due to leave the eu, the prime minister heads to berlin and paris to ask for a delay to brexit. sidestepped and said, this is the stress in the workplace. nearly 40% of uk businesses have seen an increase in employees taking time off deal, are you going to support me? because of the pressure of work. i'll be finding out why. yes or no? that is not necessarily going to happen. there is a labour back in the top four. aspect of this but the biggest issue eden hazard scores twice as chelsea is that we move towards another delay. how long this delay is going beat west ham 2—0 to climb to be, if we do get a delay at all, into the champions league places. and of course, any delay means that the uk are going to have to fight these eu elections. awkward, to say these eu elections. awkward, to say the least. only last week theresa may said it would be almost months before armstrong landed on catastrophic for the country to have the moon, to vote for eu parliament members, having voted to leave the european union. just really tells you the story of how brexit has gone ever since the referendum. the whole thing is a total mess that we have no control over and even the prime minister doesn't have any control
5:46 am 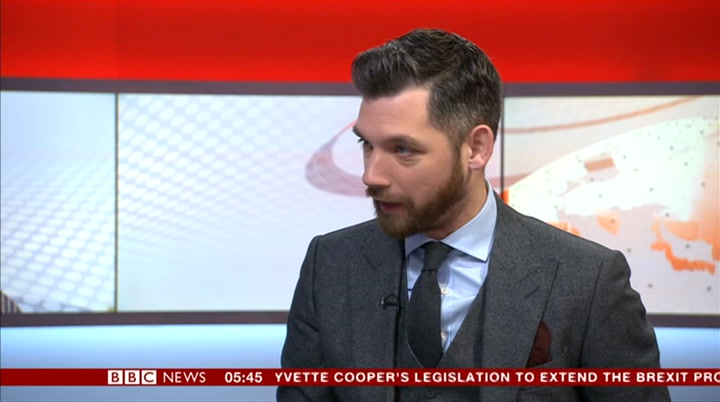 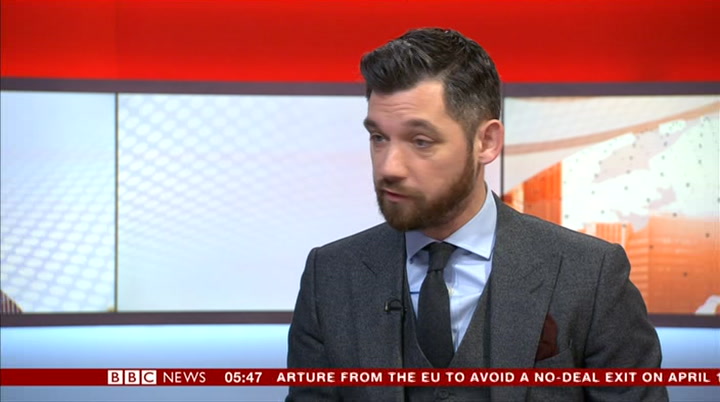 saying is removing the blame game within a divorce. you don't have to be blamed and a blame doesn't have to be attributed for the divorce to happen within that six month period. which, of course, is being seen as a very positive thing because a lot of the time inside divorce, its children that suffer and it's the bitterness that is created within that divorce. a lot of these articles are saying that the bitterness is created by one side having to attribute blame to the other. have to think of a reason, evenif other. have to think of a reason, even if you have just fallen out of love with other. the legal system now means you have to think up any old reason which harms your relationship and can then harm the children. exactly, the knock-on effect. this will be seen as a welcome change but of course, other sides are saying divorce will be a lot easier to do. and that's not a good thing, do you think? is a difficult one. in some situations it is good and in some it's not so good. it's that tight rope, like anything. let's talk about drink and drugs in the city. lloyds of london
5:49 am 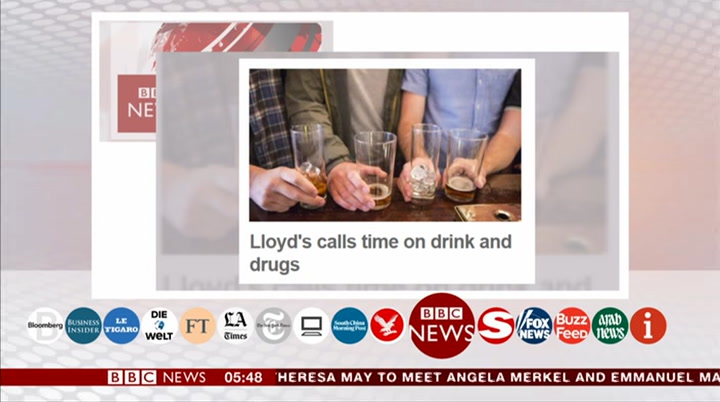 are trying to clamp down because they have been recent revelations of sexual harassment and general boorish behaviour and lloyd's of london is decided to act by banning drink and drugs. i'm surprised people were allowed to be drunk and go to work in the first place. how dare they not let you go into work drunk! what are you trying to say to me? what is in that glass? it'sjust vodka this morning. that's a joke, it's water. the city has changed. i worked in the city for 17 years. not necessarily in the insurance industry but there has been a big change. there is a movement in terms of healthy lifestyle which means a lot of people have changed but there is this working lunch culture and especially within the insurance industry, a it is a lot of how business gets done. people buy from people is the old adage, of course.
5:50 am 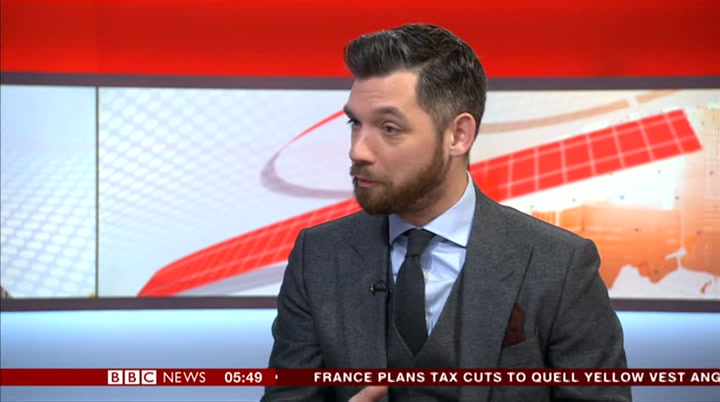 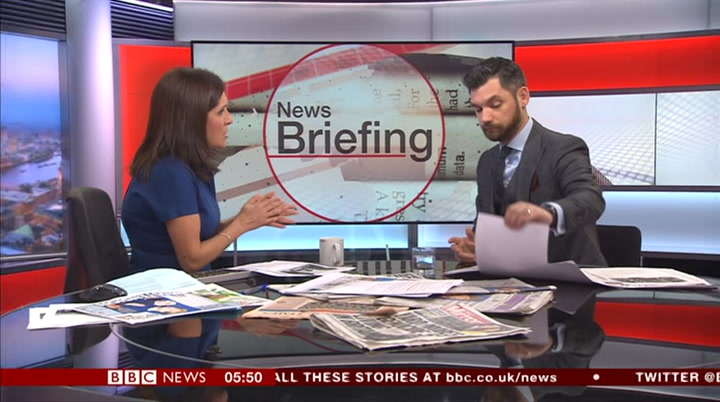 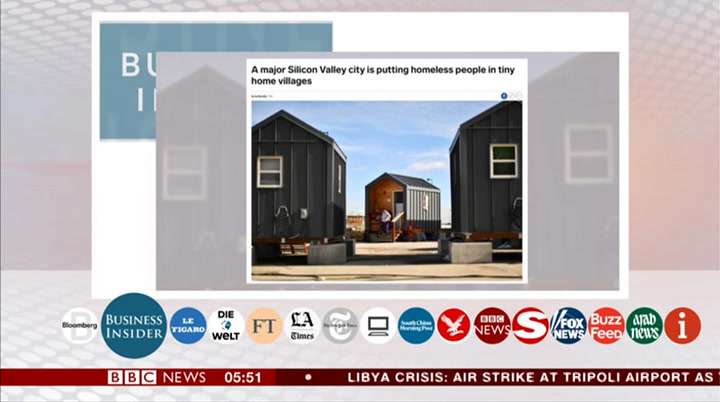 to then moved to a view of getting into more permanent housingm would only be temporary. is that a good answer? it's difficult, all of these things need money and research andi these things need money and research and i think anything that gets people off of living off the street ——on the street will be seen as a good thing it is just about the transition between temporary to permanent. let's talk about this story with the exclusive —— exclusive about every airline passenger being weighed. it will be discreet and no—one will know what you way. it is all about saving jet fuel. is this the way of the future? airlines are thinking of cost. we know they are under massive pressure at the moment but of course the environment is a massive thing as well. we know airlines and air travel could be so much more
5:53 am 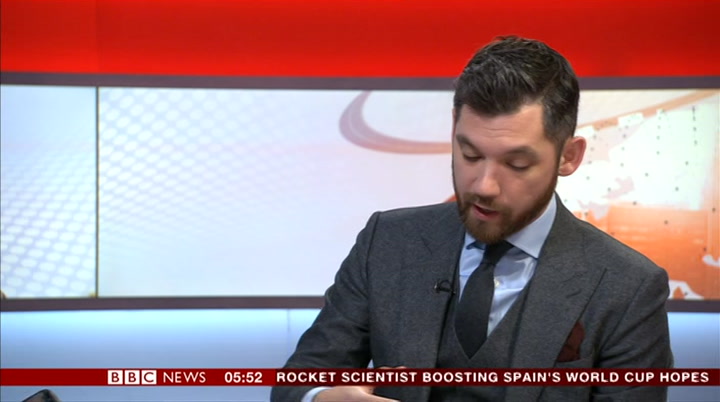 efficient at one —— than what it currently is. of course, airlines ta ke currently is. of course, airlines take far too much fuel than what they actually need because they don't know the actual weight. they give almost an average of what a man and woman should weigh and a lot of times that is massively over exaggerated. by weighing people... there are a lot of talk about where this could be done. it sounds like it could be actually discreet. we have had loads of tweets because we asked people at the beginning of the programme. we have had people saying this is an insult, later on they might decide to charge passengers on the basis of their weight. bill gallagher says it is fine by him. also we have had it's a way of telling overweight people they are not allowed to fly. i'm not sure that's the case. it's not the case
5:54 am 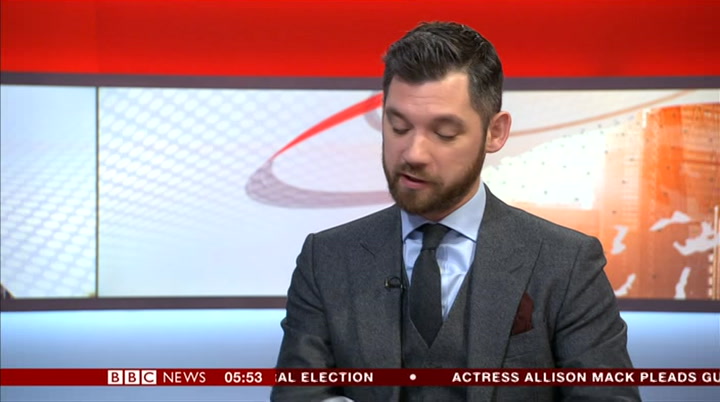 and it's about distribution of weight within the airline. it is the environment which is the big winner here. not exactly like you are going to stand on a scale and it's going to stand on a scale and it's going to say a big number above you that you weigh 15 stone, it's a matter of discreetly weighing you to then be able to distribute the weight on the aircraft in order to save fuel. jordie these as if it is going to secure and save lives, why not? lots of opinions on twitter. lovely to have you on the programme. thank you so much forjoining us. stay with us here on bbc news — so much more to come. for —— from me and the team, thank you for watching. hello there, good morning. sunshine really did make a big difference
5:55 am 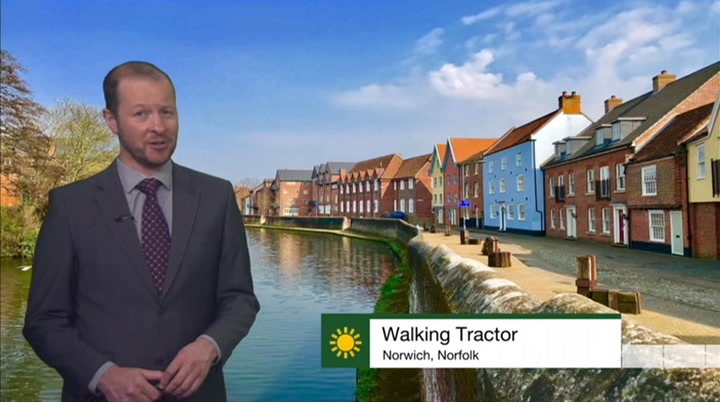 to the temperature yesterday. we had 20 degrees for the first time in a long time. that was recorded in east anglia in the sunshine. further north, in the north—east of england, a very different look to the weather. the mist, fog and low cloud rolling in from the north sea and temperatures about seven degrees. we should get sunshine in the north—east of england on tuesday but our air is getting colder. our air is coming all the way from scandinavia over the cold north sea so we are going to find temperatures dropping. the milder, warmer, windier weather is staying out in the atlantic. it wasn't very warm in mid wales on monday with thick cloud, showery rain too. we should get some sunshine here on tuesday because the rain is still around but it's probably a bit further south. the rush hour, affecting south wales, southern england, perhaps into the south midlands. further north, very much quieter. a chillier start with some mist and fog patches but sunshine in most areas and fairly light winds. a much sunnier day for the north—east of england. we'll still have this showery rain and it is only very slowly moving southwards.
5:56 am we could induce a few more thundery downpours in the south—west of england during the afternoon. away from here, a lot of dry weather and sunshine continuing through the day. easterly breezes, mind you, colder around the north sea coasts. a significant drop in temperature around east anglia as well as western parts of scotland where it's quite warm on monday. it gets chilly as the sun goes down and we should see these showers moving down, further south out towards the english channel overnight. clear skies, maybe one or two mist and fog patches but a chillier night. northern parts of the uk, a touch of frost around. we're going to find any showers getting squeezed away to the south by this developing area of high pressure. that is extending its way into the uk and is keeping all of these weather fronts at bay from the atlantic. a lot of quiet and dry weather through the rest of the week. chilly start on wednesday. any showers are more likely to be across the english channel. should be a dry day for the most part, maybe a bit more cloud coming in and more a breeze across east anglia and the south—east of england.
5:57 am

a chilly breeze as well. those temperatures are not changing an awful lot. 9—13, if you're lucky. a bit below par for this time of year. with the high pressure around, essentially it is dry. some cloud around, some sunshine at times, winds picking up later on in the week. still feeling chilly for this time of the year. goodbye.
5:58 am 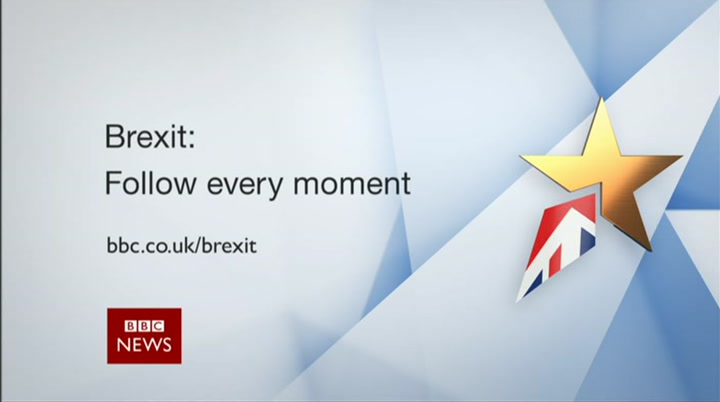 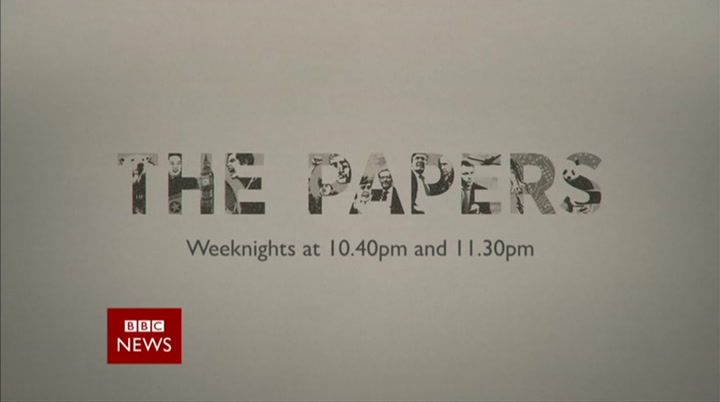 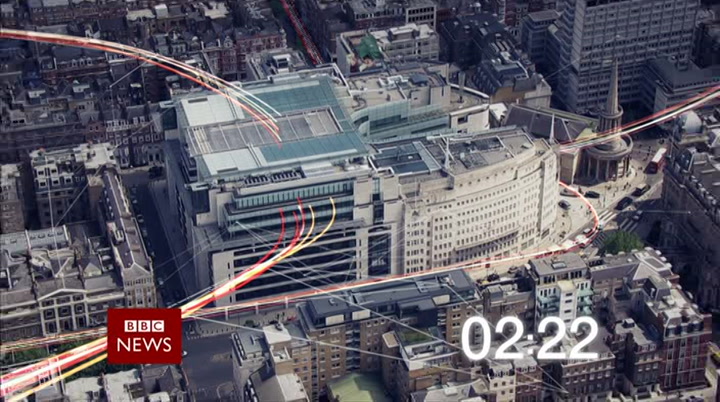