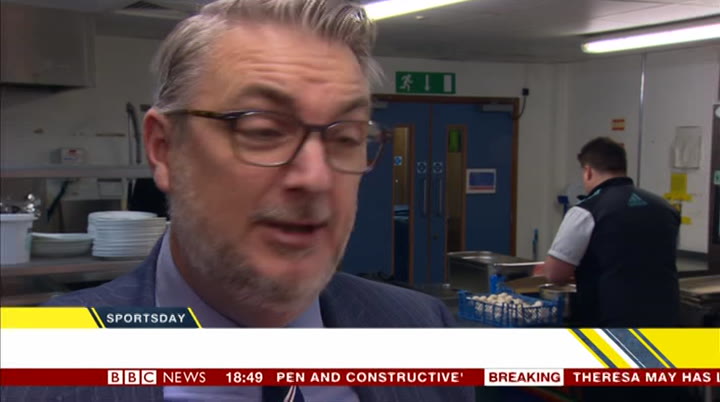 you're watching beyond 100 days. to cater for our changing having to cater for our changing diets. more and more we are seeing a trend towards vegetarian items, a charm offensive in europe, digging dietary requirements etc. just three days before the uk is set to leave the eu. with the season we have coming this year with the world cup it is even theresa may goes to berlin and paris to try to get the eu's most powerful more demand to have those items in leaders to back a brexit delay. there. with over 1.2 more demand to have those items in there. with over1.2 million pints expected to be sold this summer, the oval has introduced reusable and recycla ble ca ps. draft conclusions for oval has introduced reusable and recyclable caps. all of them are a crucial summit in brussels done on a deposit scheme and all of tomorrow suggest a longer delay them will be recycled for every could be granted, if the uk agrees to certain conditions, match day and sent back for washing. but the exact date is yet to be decided. surrey will start the defence of the cou nty surrey will start the defence of the county championship title this week. their success, though, means many of israel holds its most their players could be back at the closely—fought election in years. the polls close in one hour. oval the summer playing for england. we wa nt oval the summer playing for england. we want surrey to be the best county in the country, that's our main also on the programme: awaiting the release target, but we also want to provide of the full mueller report. players for england and in the last the us attorney general says he'll couple of years we are doing that let congress and the public see more of it within a week. regularly. although it can hurt us when we lose our best players to and computer says no! england, we also take it as a compliment that we are doing something right here. as the oval hopes to improve and innovate, the
6:51 pm 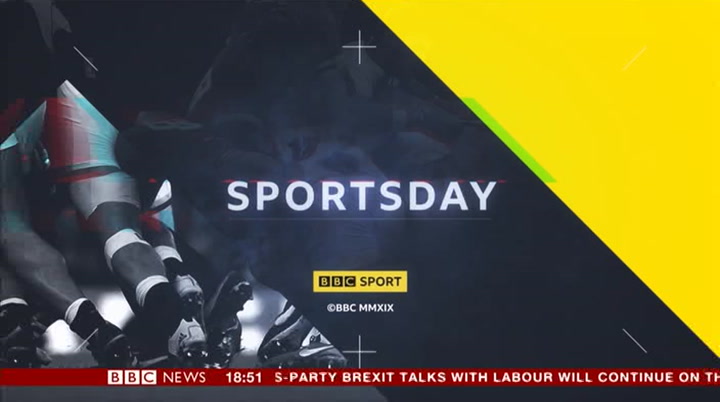 surrey team that calls it home will aim to lift even more trophies. emma jones, bbc news. that's it for this sportsday. don't forget the late edition at 10:30pm with reaction to the champions league matches. follow them live on the bbc sport website and 5 live commentary. that's it from me, ollie frost and the rest of the team. goodbye. you're watching bbc news. now, theresa may has spent the day visiting berlin and paris, in a last minute attempt to get the backing of the two most influential eu leaders for a delay to brexit. the prime minister is meeting with president emmanuel macron in paris, after meeting with german chancellor angela merkel in berlin earlier today. in westminster, mps have approved a government motion to request a delay for the uk's depature from the eu tojune 30th — that's to avoid a no—deal exit on friday. mrs may is due to meet other eu
6:52 pm 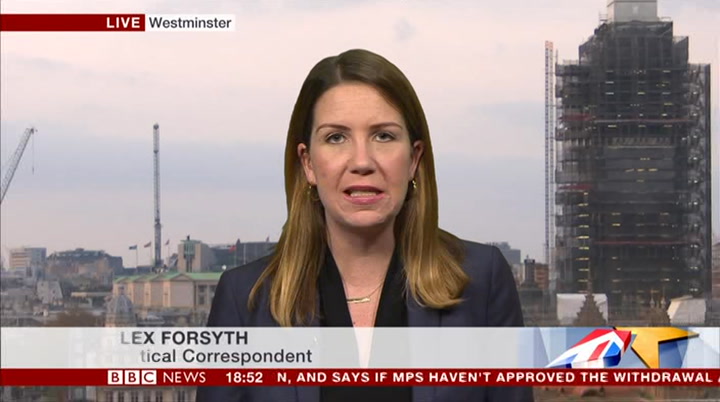 leaders at an emergency summint in brussels tomorrow, where she'll officially propose her plan for brexit. draft conclusions for the summit suggest a further delay will be granted if the uk agrees to certain conditions but the exact end date is yet to be decided. our political correspondent alex forsyth is in westminster. all signs point to mrs may getting some kind of extension. but no surprise, the devil is in the detail. yes and the big question is exactly how long that extension will be because it remains to reason a's ambition to keep any delay to brexit as short as possible and she is under pressure from some angry conservatives in her party who say the whole thing is taking too long. so she has proposed an extension of up so she has proposed an extension of up to the 30th ofjune, saying that if the uk is able to agree an exit deal before that, then the uk would get on and leave ahead of that. what donald tusk, president of the european council, has said in a letter to all other eu leaders is that he suggests perhaps an extension of a longer period should
6:53 pm

be considered, and the reason he gives is that he doesn't want the uk to keep going back to the eu asking for short extensions again and again, there are having to be meetings of the eu leaders with these emergency summits creating more uncertainty across the eu, so the proposition he has made as a longer extension of a year or so and that will be discussed tomorrow between the eu leaders. we know they have different views about what the right way forward now is by the one thing that seems certain is they will be some sort of delay to the process to stop the uk leaving without any agreement at all on friday. meanwhile, potentialtrouble still storing up for her in the commons. the chamber voted to agree to her request for a delay to prevent a no—deal brexit at the end of this week. but 110 mps voted that they didn't mind crashing out potentially, some would see come on friday. this was a law that parliament put forward saying that the prime minister had to seek an extension and and that's what they
6:54 pm

did today. more than 100 mps said they don't want to accept the idea ofan they don't want to accept the idea of an extension. a number of those would be brexit supporting mps that have been urging the uk to consider walking away without any agreement at all in this place. but you are absolutely right, it speaks to the level of unhappiness that exists gci’oss level of unhappiness that exists across the board at what is happening with brexit, and all the while the government is still in talks with labour to try and find some kind of compromise deal that could be put before parliament, the hope of being there is something parliament could agree to allow the uk to leave the eu before it has to ta ke uk to leave the eu before it has to take part in elections to the european parliament in may. so, a lot of pressure on those talks with labour but no obvious sign of a breakthrough yet. we expect them to continue on thursday but at this point the idea of getting a compromise that parliament can throw its weight behind still seems a very difficult task. the possibility of the united kingdom sending meps to a new european parliament comejuly
6:55 pm 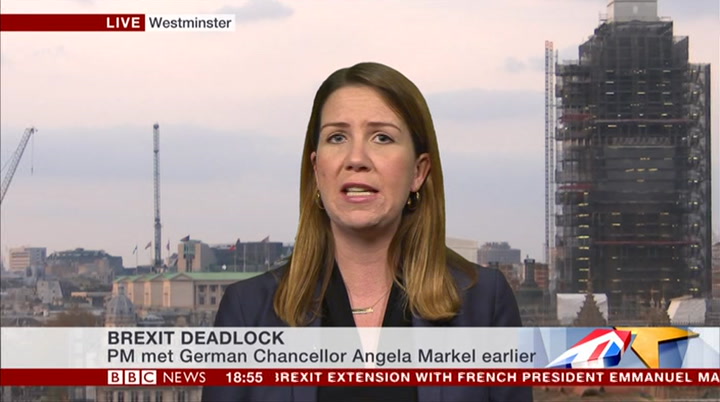 the 1st while potentially we are still locked in an extension to the article 50 process, i mean, that is going to rile a hell of a lot of people. a lot of people have already expressed their frustration and anger at that, yesterday the government started the legislative process involved in preparing for the european elections, saying it wasn't inevitable we will take part but it had to get the preparations in place, asking people to put themselves forward as candidates and that provoked a lot of anger, not least from tory brexiteers but even the prime minister said she doesn't think it is in the country's interest to take part in european elections some three years after the uk voted to leave the eu. there are concerns in the eu about how the process would work, if you had sitting meps, members of the european parliament, knowing the uk we re european parliament, knowing the uk were still looking to leave the eu at some point during the next parliamentary session. there are concerns across the board about how that might work in practice, which is why it remains the government's ambition to get a brexit deal
6:56 pm 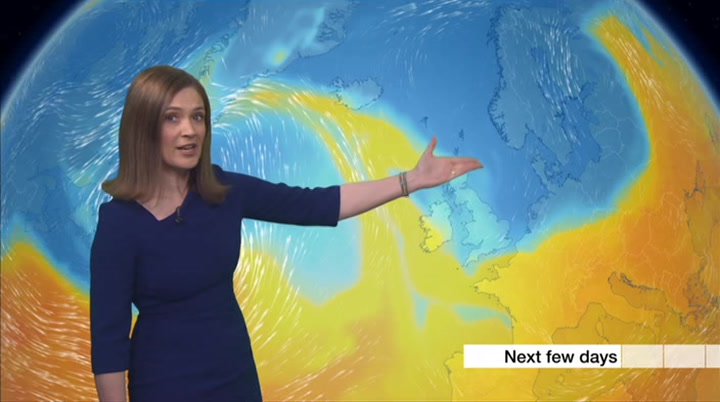 approved before we have to take part in those elections. but of course, thatis in those elections. but of course, that is far from certain. alex forsyth at westminster, thank you. much more on that live from paris and brussels, and berlin potentially, on beyond 100 days. now it is time to look at the weather. for some it has been a day of blue skies and sunshine, for others, cloudy, cool and wet, the rain courtesy of this frontal system still lingering through this evening, slowly sliding its way south and eastwards, east and north easterly winds have been returning cooler conditions across much of the uk, compared to the last few days, and it is this scene we see of the next few days, certainly much cooler, and it felt cool today underneath the cloud and rain, but where you have had sunshine and temperatures getting up into the mid teens but those will slowly come down over the next few days as the cool air starts to push across. you can see what's been happening through the afternoon and the first pa rt through the afternoon and the first part of this evening, lots of cloud, this frontal zone across south
6:57 pm 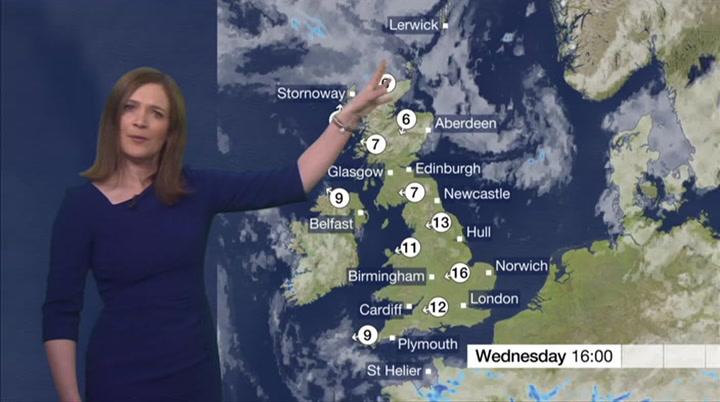 wales, southern and eastern england, continuing to push its way south and west woods overnight, so by dawn probably confined to the far south—west of england and elsewhere a dry night, mostly clear skies, although the northern isles will see more in the way of cloud. temperatures here staying above freezing but under clear skies temperature is getting close to freezing, if not a few degrees below across northern england, northern ireland and parts of scotland. it is a chilly and in places frosty start to the day. still some cloud and a few showers in the south—west of england, they will soon pull away and for most of us it is a dry and fine day with a good deal of sunshine, the cloud pushing from the northern isles into eastern scotland, fairly light winds put a noticeable north—easterly breeze across north—eastern coasts, pegging back the temperatures, nine or 10 celsius. head further west, 12 or 13 in the best sunshine but certainly lower than we have seen recently. through tomorrow evening, for most it isa through tomorrow evening, for most it is a dry night, clear skies, but once again more in the way of cloud across the northern isles, the far north of scotland, keeping temperatures above freezing, but
6:58 pm 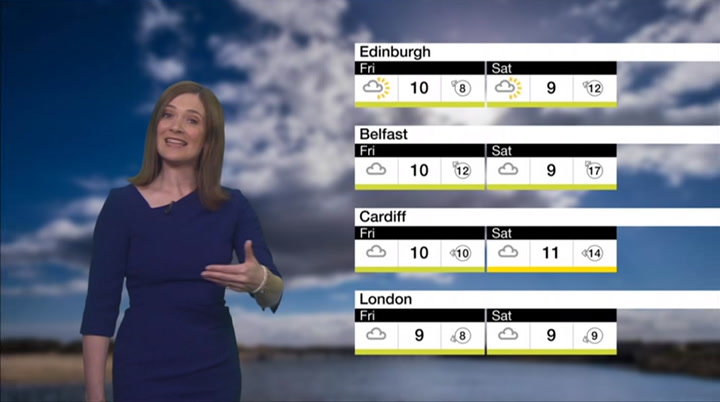 once again where we have the clearest skies it will be a cold and frosty night. we start thursday fairly chilly but this area of high pressure becomes the dominating feature through thursday and also into friday. things will be dry, we will chase the cloud around, but they will be spells of sunshine and probably western areas will see the best of this on thursday, more cloud creeping into eastern areas but for most it will stay dry. look at the temperatures compared to the start of the week, just high single figures, 11 or 12 celsius across western areas in the best of the sunshine. it will change as we head to the weekend. staying dry but feeling much cooler. bye
6:59 pm 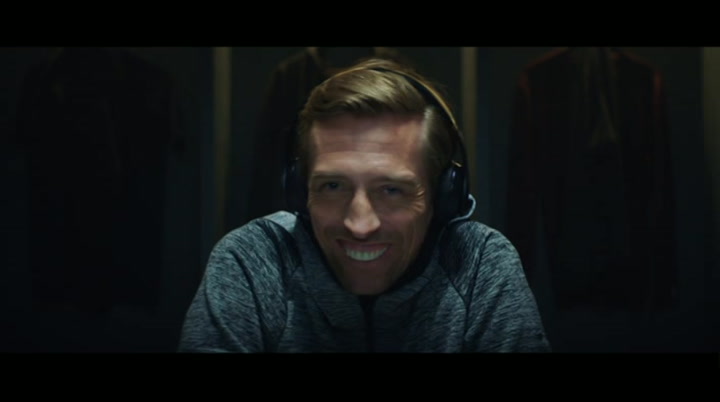 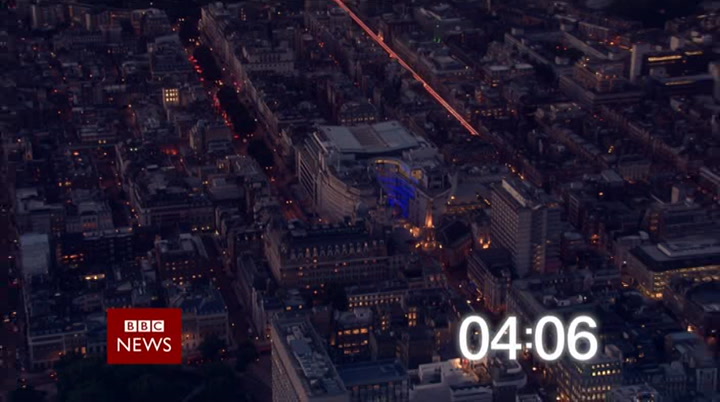