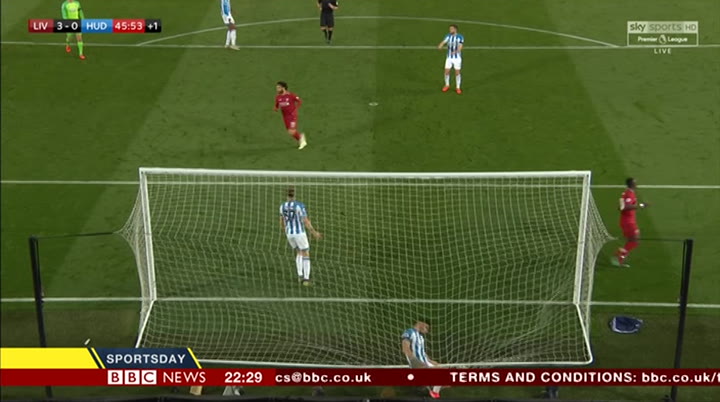 half—time, he made it 3—0 with a sumptuous finish. it was all over by the break. liverpool were not frankly at their very best for they did not particularly need to be in the second half as siding out my medic 4—0 just after the hour mark with another excellent header and then liverpool rounded off what was really a comfortable victory around ten minutes from time when mohammed salah rented off another fluent move. so 5—0 it finished and it was a very impressive performance from liverpool, not quite their very best but even so, they did exactly what i needed to do, they go back on top of the premier league table for the time being at least and fair to say their title hopes are still very much alive. and all eyes now, and the camera on it city macro at burnley. the good news as far as liverpool is concerned as they are back on top of the table but the bad news is city still have a game in
10:31 pm 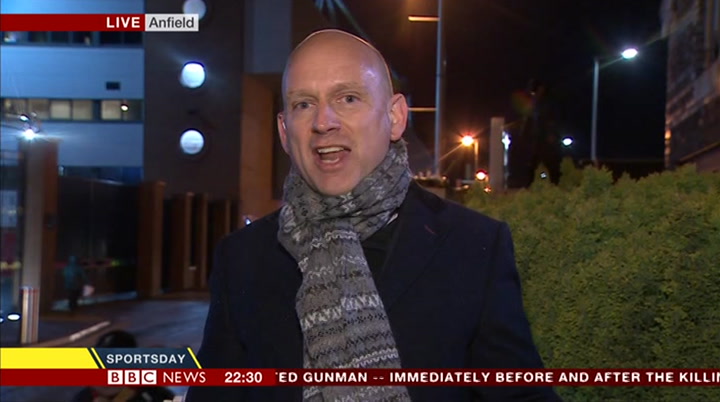 hand. against burnley on sunday and if they win that match, well, city will go back on top of the table with just two matches will go back on top of the table withjust two matches remaining. to remind you about the last two matches for each of those teams, liverpool face newcastle and wolverhampton in their last two matches, city face leicester and brighton. matches you would expect them both city and liverpool to win. stoke city still very much the favourites for this premier league title. —— manchester city, and pressure make strange things happening and liverpool hope there area happening and liverpool hope there are a few more twists and turns in this enthralling title race. of course they will. thank you for joining us from enfield park. plenty more coming up, including a bizzare incident at the formula 1, but first, a quick look at some of the day's other sports stories. england's danny rose says uefa's decision to force montenegro to play their next home match behind closed doors is not a harsh enough punishment.
10:32 pm 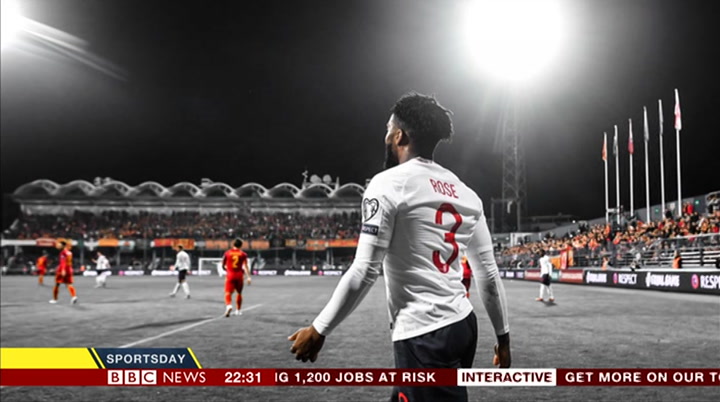 it's after their home fans racially abused several england players last month in a euro 2020 qualifying game. bolton players have said they won't play their final two championship games of the season unless they receive their unpaid wages. players still haven't been paid their march salaries, with april's due next week. england cricketer alex hales has been suspended following an "off—field incident", according to a spokesman for the batsman. hales missed nottinghamshire's one—day cup games last week for what the county described as "personal reasons". james cahill, the man who knocked ronnie o'sullivan out of the world snooker championship, has been in action again. the amatuer trails stephen maguire by nine frames to seven in round two. staying with snooker, last year's champion mark williams has been taken to hospital with chest pains following the opening session of his second—round match
10:33 pm 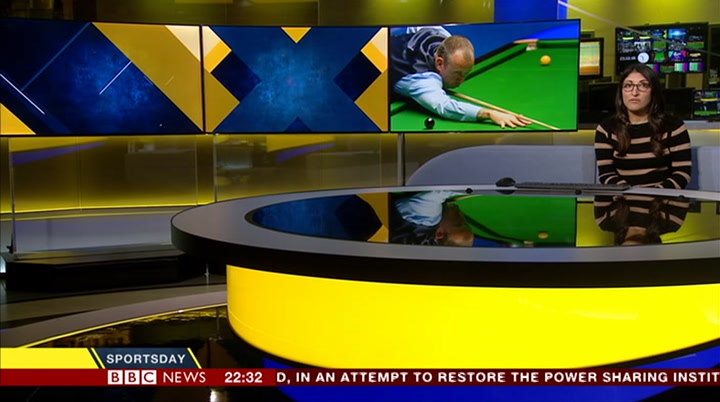 at the crucible theatre. the welshman fell ill after his session against david gilbert. williams is trailing 5—3 against the englishman. he has since tweeted... "accident and emergency, could be here a while, couldn't stick the chest pains any more. lucky there weren't any more frames to play." charles leclerc led a ferrari one—two in an incident—packed second practice at the azerbaijan grand prix. he finished 0.9 of a second ahead of team—mate sebastian vettel, with lewis hamilton in third. earlier, there had been a bizarre incident during first practice when george russell's williams hit a loose manhole cover, causing the session to be abandoned. the car was damaged by the drain cover and then doused in hydraulic fluid after the recovery truck hit a bridge on its way back to the pits. we all do our preparations all day yesterday, the guys
10:34 pm 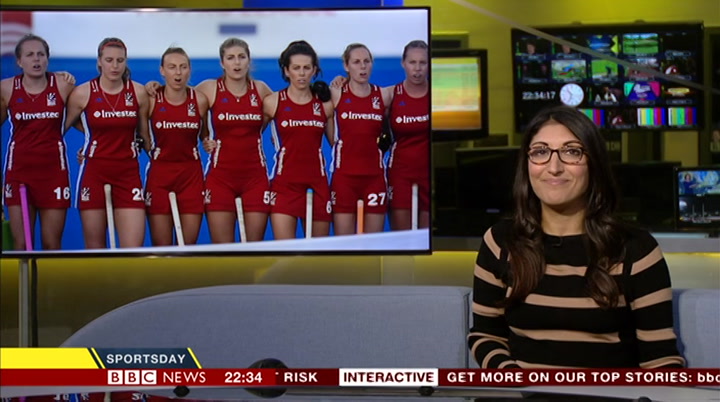 getting the car ready, preparing for the weekend ahead. for it to run into a drain literally after a lap, a frustrating day for us. newcastle falcons remain bottom of rugby union's premiership after losing 31 points to 17 to northampton. elsewhere, sale jumped to sixth in the league as they beat bath in a try—less game at the a] bell stadium. aj macginty kicking both sale's penalties to keep their faint hopes of a top four finish alive. now, since their purple patch culminating in olympic gold in rio, great britain's women's hockey team have been in a state of flux with a string of poor performances, including losing five of their last six games in the pro league. tomorrow, they play the first home game in the league, taking on the usa in london, with controversial new coach mark hayger at the helm. but, as david mcdaid reports, hayger and his team are keen to put any bad vibes behind them and work towards defending gb‘s title at next
10:35 pm

year's olympics in tokyo. this is the man who will try to coach great britain's women to a third successive olympic hockey metal. mark hayger has onlyjust moved here but the australian has already hit the headlines due to a review to end his previous regime with new zealand. nothing came out of it for me. like any relationship, it became the same and that is a new challenge. that was a new experience for me but one i did not enjoy with my family for some i did not want to go through it but it has helped me a lot going through it. the findings and openly criticise mark hager with several players from the new zealand squad described negative environment and hager learn he learned much from the whole affair. cycle change and young kids change as well and so as a coach i need to adapt to that and probably i did not adapt to it quick enough. when i coasted in the early yea rs, enough. when i coasted in the early years, it was very much this is how
10:36 pm 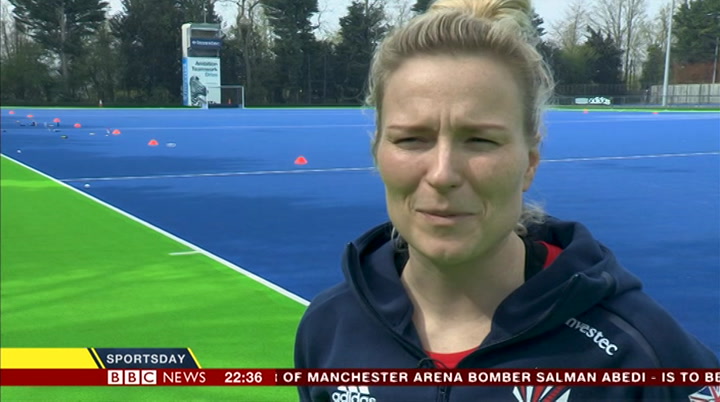 we do it in the way we go whereas now it is more collaborative and the players getting their feedback and making decisions. it would appear the new coach has his work cut out. it is all over, there is a second goal. gb women have one of six games in early this year. less than eight games until the 11th, is that cause for concern? before, we had a pretty bad patch as well and then turn things around coming into rio so we have been here before really can do it again and it is a different group of players in a different squad and we are on a steep learning curve at the moment so i don't think it's anything to worry about. and the coach feels you for champions will come good eventually. we have to be realistic since the olympics of his new group and they will take a lot of time to get together and probably going to take a bit of time to get used to my style, which is very attacking. if we can get that right of the next few games, i think we will be in good stead. right now, and mason can far cry from that
10:37 pm 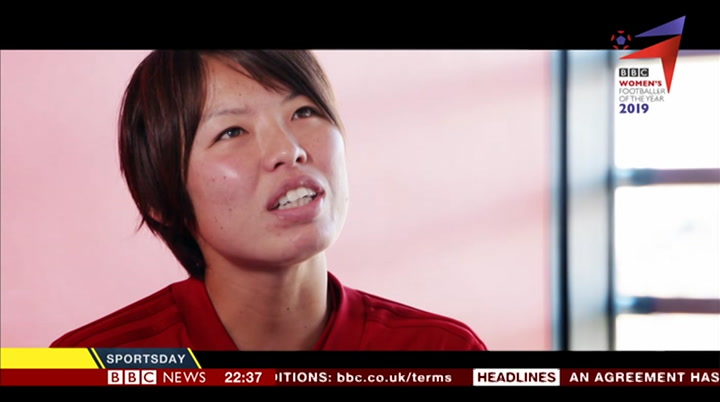 golden lipid mama into rio but if all goes to plan, such success could well return. voting is now open for this year's bbc women's footballer of the year award. among the five nominees is a defender who won world cup with japan and is now going for a fourth champions league title in a row with club side olympique lyonnais. meet saki kumagai. translation: without football, life is less interesting and too serious. you always have to laugh, it's life. i take pleasure from football. my name is saki kumagai. i play football for olympique lyonnais and japan. # keep on pushing keep on pushing you're stronger than them and you're
10:38 pm

better than you know so keep on pushing...# translation: of course, becoming asian champions with japan and european champions with olympique lyonnais, my club, they were big tournaments for me and they were the best moments from last year. for me, it was sawa, because when i was little — now it is better — but japanese woman's football was not professional and also we could not imagine a japanese woman leaving to play football abroad. she played in the usa so i always used to watch on tv and, of course, i wanted to be like her. # you're stronger than you think and you're better than you know so keep on pushing...#
10:39 pm 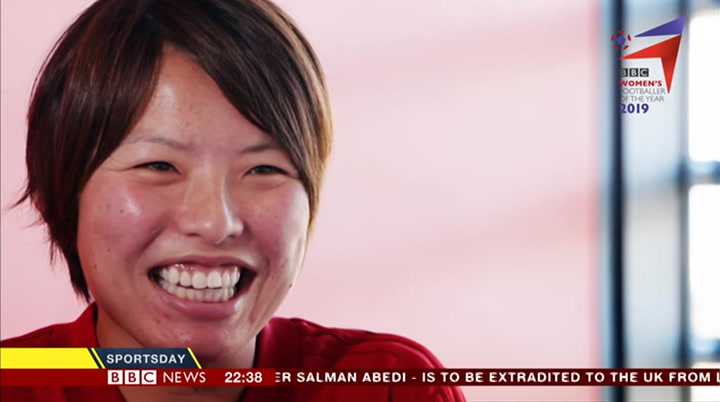 translation: saki. it's life and it is my passion. without football, life is less interesting and too serious. you always have to laugh. i take pleasure from football. football isjoy, it's my life. you can find details of all the nominees for this year's award and cast your vote on our website. since we have come on air, bolton have confirmed that their game with tomorrow with brentford will not go ahead tomorrow. bolton players have said they won't play their final two championship games of the season unless they receive their unpaid wages. that's all from sportsday. we'll have more sport throughout the weekend.
10:40 pm 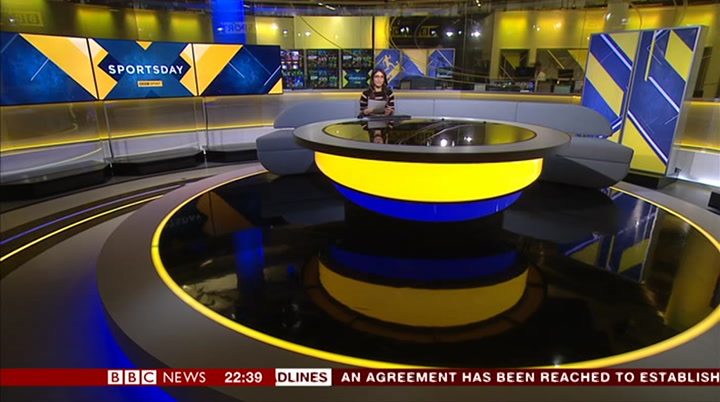 hello, and welcome to our look ahead to what the the papers will be bringing us tomorrow. with me arejoe twyman, director of the opinion pollster deltapol, and claire cohen, women's editor at the telegraph. many of tomorrow's front pages are already in. the times leads with the news that heathrow won't require some passengers to show their passport from the summer, following a £50 million investment in facial recognition technology. the daily mail front page features a story about labour leaderjeremy corbyn, saying he is being accused
left
right
email Borrow Program
tv