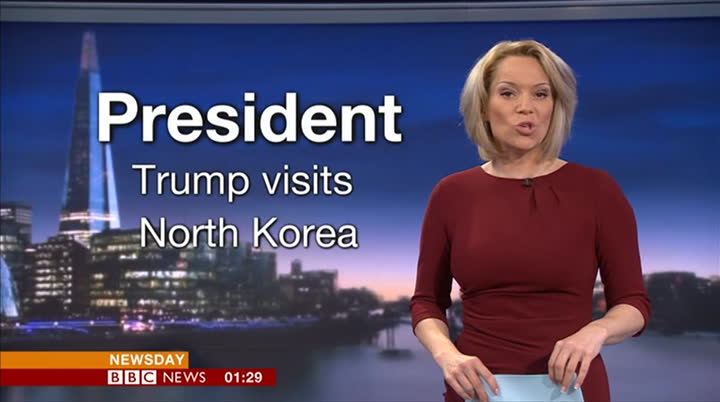 our top story: president trump has become the first sitting us president to cross into north korea. he met kimjong—un in theirfirst meeting since a summit between them collapsed four months ago. the two leaders posed for handshakes before talking for nearly an hour in the heavily fortified demilitarised zone. they agreed to set up teams to continue discussions. hong kong is marking the 22nd anniversary of the handover from british to chinese control, but the territory is braced for more pro—democracy protests. and this video is trending on bbc.com... hundreds of thousands of people in new york have lined the streets to watch a massive gay pride march. the event marks the fiftieth anniversary of the riots in the city that sparked the modern gay rights movement. that's all.
1:31 am 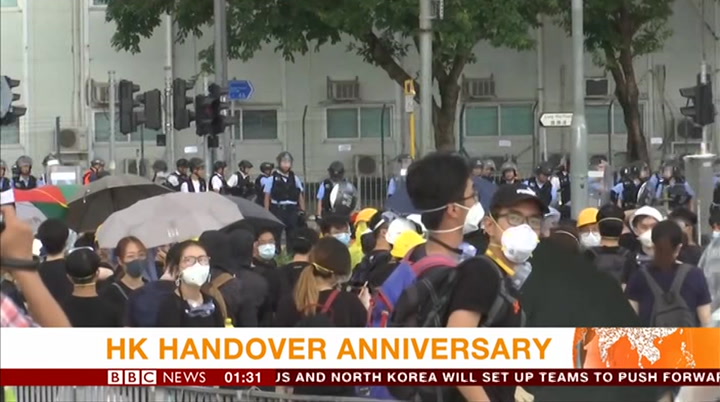 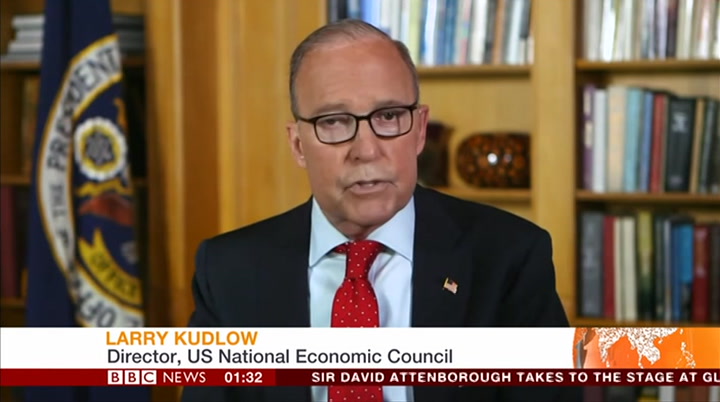 negotiations over the dispute that has contributed to a global economic slowdown. announcing the agreement at the g20 summit injapan, president trump said he will allow american companies continued to sell to the tech giant huawei but trumpets economic adviser has since clarified the decision will apply only to products of widely available around the world, leading the most sensitive equipment off—limits. anything to do with national security concerns will not receive a new license from the commerce department. i think that is very important people will have to understand that. stuff that is generally available will probably get a temporary license. we will see how far that goes. i asked what the timeframe could be from mr trump's perspective. i suspect they will see
1:33 am 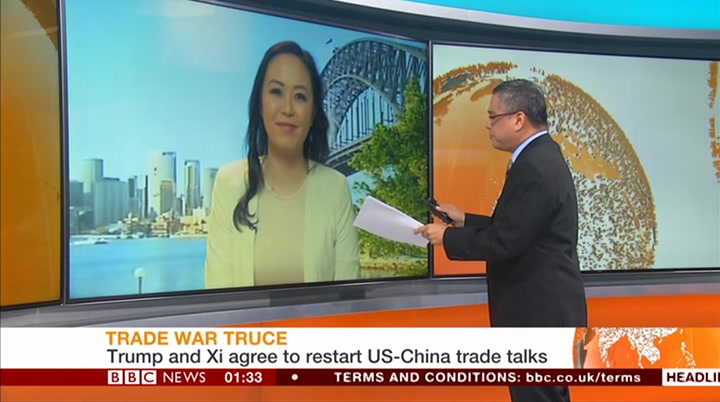 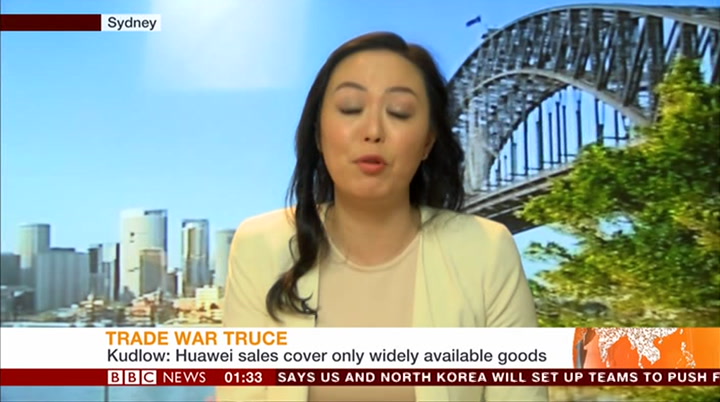 ido altering his platform and i think... i do not think that is going to look bad on him. senior economist from st george bank in sydney. hong kong is bracing for another mass rally. the 22nd anniversary of the takeover from written to china. crowds are expected to be bolstered by recent anti—government protests. let go to hong kong. what is the current business sentiment in the territory with these ongoing protests?” business sentiment in the territory with these ongoing protests? i think that because the extradition bill has been suspended, there has been a sigh of relief from the business community but that is not to say the problems for hong kong arrive. even on this symbolic day, we have already seen some initial signs of tension between police and
1:35 am 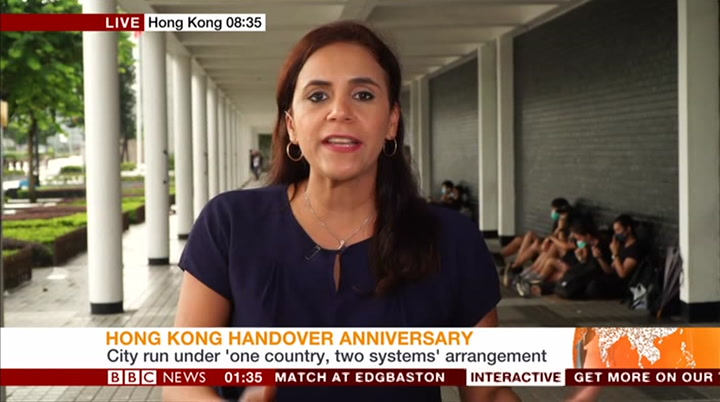 protesters, crashes into the early hours of this morning. there is a stand—off in one of the main arterial roads of hong kong's business district between police and protesters and you can see behind me, a row of young students dressed in black t—shirts, the unofficial uniform of the pro—democracy movement, they have come here today to come and raise the black flag, a sort of protest against the official flag raising ceremony that place around half—an—hour ago marking the 22nd anniversary of hong kong to mainland china. for the business community, the fact that this city, an international financial hub, could be at risk because of these protests is worrying. this is what the president of the american chamber of commerce says. people will be watching at anything that
1:36 am

shifts away at one country to systems. there is such a value to have that here, a huge business community and for china to engage with the rest of the world. there is a bit ofa with the rest of the world. there is a bit of a lesson learned on this one. that really, people have to show and communicate that one country to systems will be kept and there will be no checks to that. terra joseph, the president of the american chamber of commerce. we will be watching all the developments on bbc world news. thank you for the update. even as us president has been pressuring producers to help push down the cost of credit, 0pec members are meeting in vienna to see whether to extend production cuts to try to prop up prices but deals being made are already making headlines. we go to oui’ newsroom
1:37 am 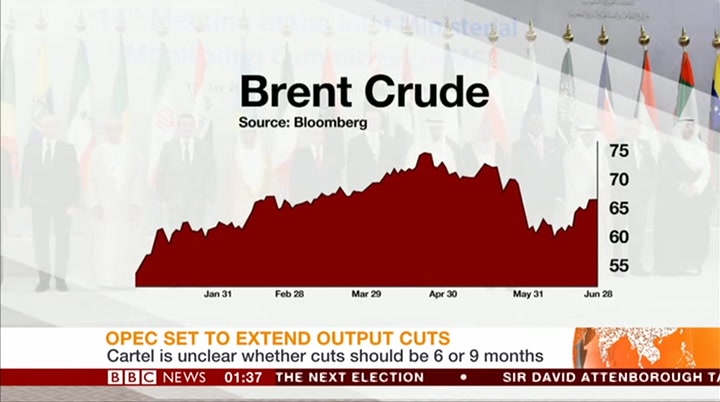 already making headlines. we go to our newsroom and joined by monica miller. a crucial meeting in vienna? indeed with saudi arabia and russia, a non—0pec member, agreed to support a non—0pec member, agreed to support a policy that would put pressure on prices to go up as a global economy sta rts prices to go up as a global economy starts to slow down. many analysts are already saying they expect 0pec to roll over supplied to one point two million barrels per day however the future production is nokia. this is because of the ongoing trade war between the us and china. they may have sat down this week to the negotiating table but the relationship has been frosty for some time. brent crude prices have been held back because of it. also the fears of ongoing tariffs reducing demand for the commodity. 0n the other side, the us and iran have had major tensions and production from iran has gone to a
1:38 am

trickle since the paris. and sanctions. we're looking at high prices also because the us shelf ranking has grown up and right now saudi arabia is now in second place below the us. for sure, the ongoing trade truce and the trump — kim jong—un will have a swell on oil prices today. to renewable energy. expectations of increases looks set to cut the price of electricity. in newcastle, physicist and developing technology using recycled plastic. good sheds made from recycled waste change the way we harness energy from the sun? researchers in
1:39 am 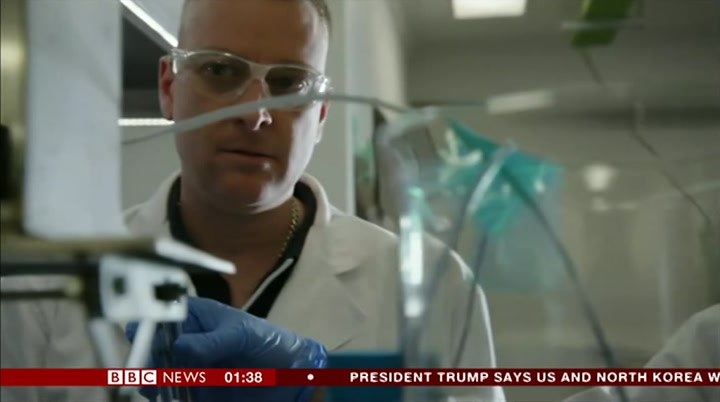 australia are printing wafer thing solar panels made of plastic. they have been tested for the first time on top of a warehouse. they are cheap to make an easy to install. this allows us to start putting solar in places we have never been able to put them before, where it has not made economic sense. in unusual locations where it is not possible to do that at the moment. it really is a game—changer. solar panels made with silicon a comment on australian homes. research of the large—scale printing of plastic solar sheets and fitting them on a commercial building breakthroughs in technology that has been around for a long time. it is taking a very basic idea founded in the lab and taking it out and commercialising it with industry and now that idea will bring solution to households throughout the community,
1:40 am 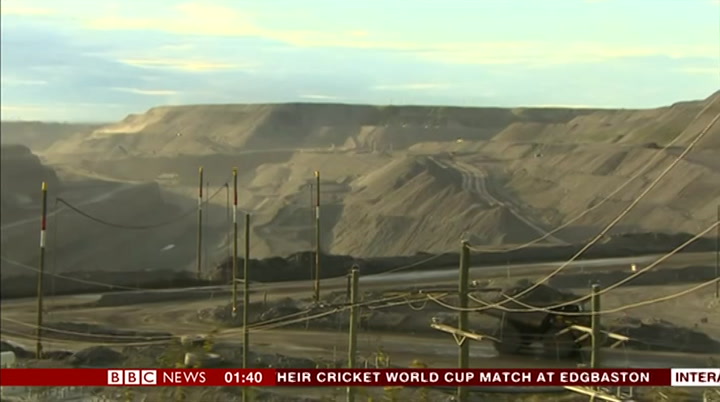 regionally, nationally, internationally. australia is one of the sunniest continents on the planet and it has the capacity to be a renewable energy superpower. more than 2 million australian homes that about one in 5—of rooftop solar panels. increasingly, shopping centres commercial buildings and hospitals are doing the same to save money and to be more sustainable. but in australia call is still king and generates almost 80% of the nation's electricity. there is lots of it and it is cheap. there is no and acceptance that the rise of green power is unstoppable. we still see that coal has a role to play in our energy mix, however, with the price of renewables driving down the cost of energy so far, it meant that coal is no longer able to compete what i want to see is electricity thatis what i want to see is electricity that is affordable and reliable and right now renewables are replacing coal at an increasing rate. the
1:41 am

police have named the pregnant woman fatally stabbed in south london yesterday as 26—year old kelly mary fauvrelle. her baby, delivered by paramedics at the house where she was discovered, remains in a critical condition in hospital. police have made two arrests but say they are keeping an open mind as to the motive of the crime. caroline davies reports. 26—year—old kelly mary fauvrelle was eight months pregnant when she was stabbed to death in south london. paramedics and police arrived at this address at 3:30am yesterday morning. kelly mary was suffering from stab wounds. unable to save her, they did deliver her baby. taken to hospital, the child is still in a critical condition. neighbours say they were woken in the middle of the night by noises from the house. my sister woke me up, because she heard people screaming, and she was alone, and she was scared, yeah? and, well, we look out the window, and we saw police and ambulances
1:43 am

on the street. then, um...after about ten minutes, i saw someone from the ambulance come out with a baby, and they put the baby in the ambulance. others were distressed that something like this could happen on their street. i think the feeling is upset, upset for her. hopefulfor the child, but the neighbours were definitely, definitely upset. today, forensic officers have been conducting a search of the entire street, including the house where kelly mary was found, trying to find anything to inform their investigation. a 29—year—old man was arrested yesterday on suspicion of murder. another 37—year—old man, also arrested on saturday, has been released under investigation pending further inquiries. caroline davies, bbc news.
1:44 am 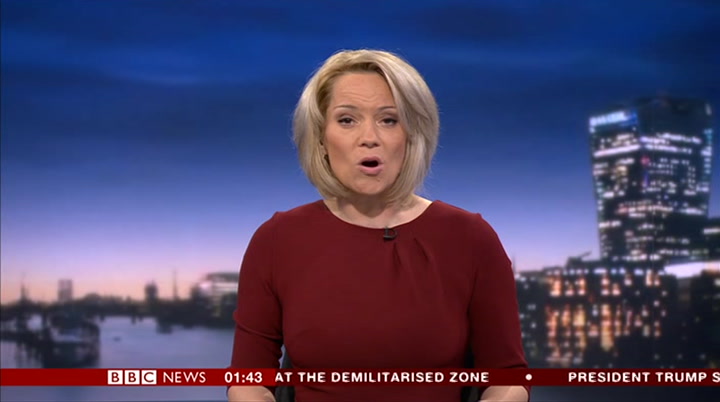 we have lots more on all of our stories on the website. this is the first ofjuly, the anniversary of the handover of hong kong to china by the british. there is always a pro—democracy march on this anniversary, the 22nd this time around, but we are expecting bigger demonstrations because of that controversial extradition bill. now on bbc news sport today. hello, and this is sport today, live from the bbc sport centre. coming up on this programme... england beat india by 31 runs at edgbaston to keep alive their hopes of qualifying
1:45 am 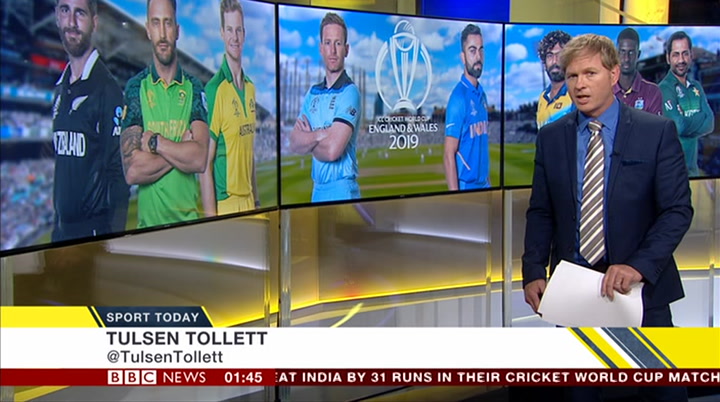 for the cricket world cup semi—finals max verstappen wins the austrian grand prix after a stewards enquiry cleared of him of unfairly running chalres leclerc off the track. mike and caster semenya wins the 800 meet —— and caster semenya wins the 800 metres. hello and welcome to the programme where we start with the news that england have handed india their first defeat at the cricket world cup winning by 31 runs at edgbaston. the result moves the hosts back to fourth on the table with one game left for them, and our sports correspondentjoe wilson was watching in birmingham. hello there.
1:46 am

any street is an opportunity.
left
right
disc Borrow a DVD of this show DVD
tv