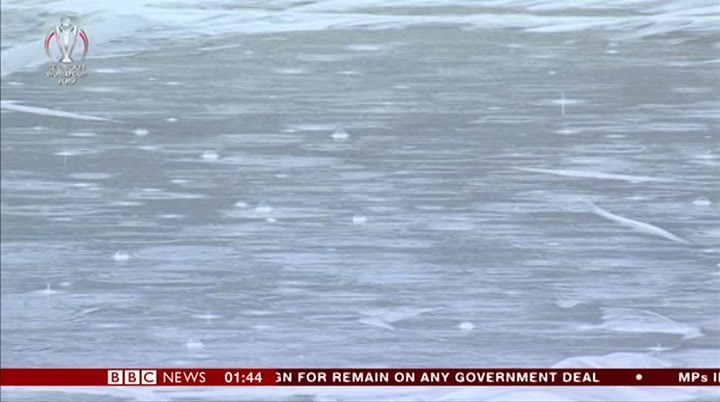 day on wednesday. and elia viviani wins stage four of the tour de france as his team matejulian alaphillipe retains the race leader's yellow jersey. hello and welcome to the programme where we start with the tennis news that the four women's semi—finalists are now in place at the wimbledon championships. serena williams is chasing a record equalling 24th grand slam singles title and she progresses. with news of that and the rest of tuesday's action here's holly hamilton. with half of this is quarter—finalist ‘s unseeded there was always a chance of upset and that came in the form of the woman who knocked outjohanna konta in straight sense. your konta started well but she was her own worst enemy. opponent qualified for a
1:46 am 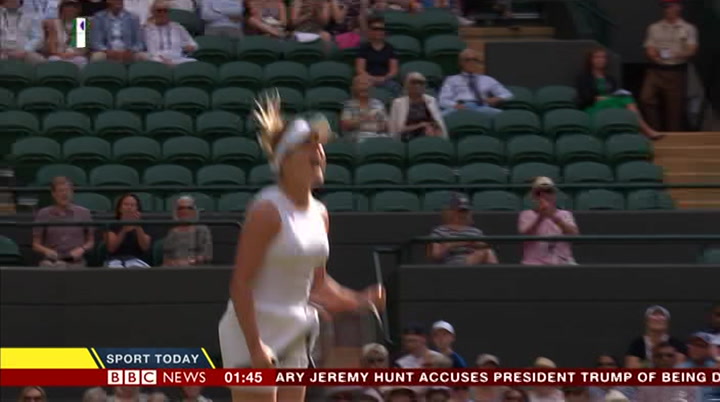 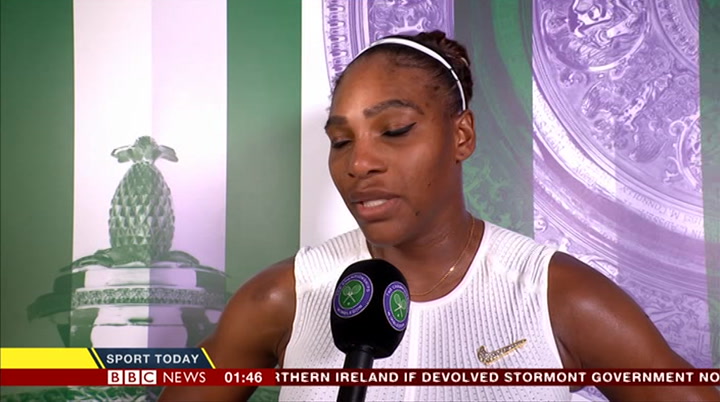 great and defeated so many great players and, my god, she was so close to taking the win today. serena was not done there. crowds we re serena was not done there. crowds were treated to a second glimpse of the 23 time grand slam champion, back on centre court with her mixed doubles partner andy murray. more of the chemistry that the crowds are 110w the chemistry that the crowds are now becoming accustomed to saw them advance the third round in straight sets. on wednesday, it is the turn of the men as the grand slam heavyweights return to action. can anyone stop the big three? roger federer, roughly on the dell and —— rafael nadal and novak djokovic? after her loss to barbora strycova, johanna konta didn't take kindly to a journalist's line of questioning about her latest defeat in a big match. there were key points when you could have done better. is that in your professional tennis opinion?
1:48 am 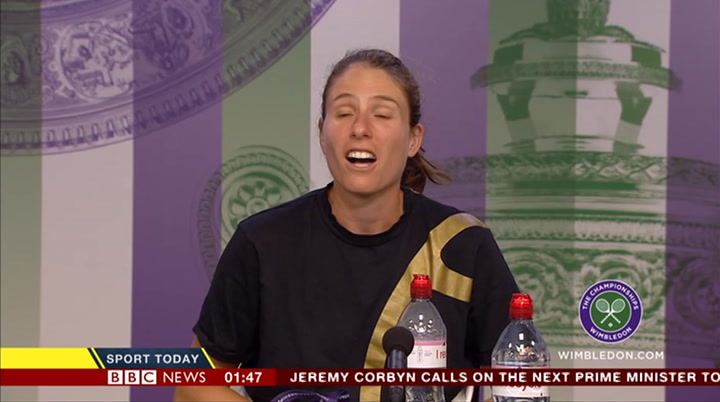 no, just as a spectator. 0k. again, ithink... 0k. imean... i don't think you need to pick on me in a harsh way. i think i am very open with you guys and i say how i feel out there and if you don't want to accept that, you don't agree with that, i am sorry but that is fine. i still believe in the tennis i play and in the way i competed. yeah, i don't have much else to say. i wasjust asking, you presumably want to go on from here and learn from this and win a grand slam one day, is it not something... please don't patronise me. you in the way you are asking your question you are being quite disrespectful and patronising me. i am a professional competitor who did her best today and that is all there is to that.
1:49 am 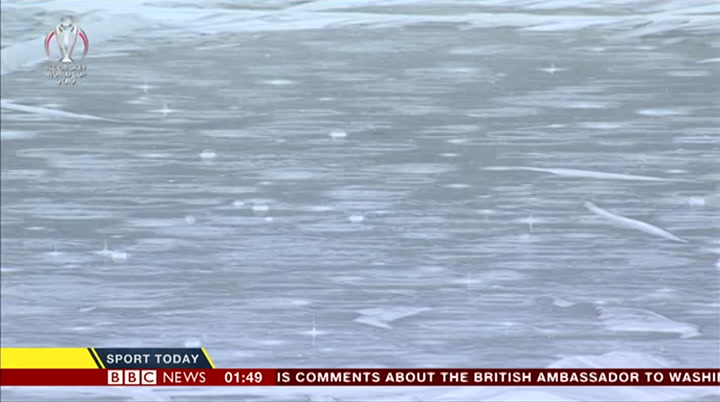 india and new zealand will resume their cricket world cup semi—final on wednesday after a weather—affected day at old trafford. new zealand reached 211 for 5 from just over 46 overs before rain forced the players from the field at 2 in the afternoon local time. here's our sports correspondentjoe wilson. how frustrating. we had the occasion here in manchester with the fans on the ground but what we did not have was the weather. the rain arrived early, as forecast but infuriatingly it hung around and eventually the umpires made the decision as the top —— clock ticked towards 630 that we would use the reserve day and new zealand will resume their innings here on wednesday morning and then india, we presume, will have to chase. what we saw today, i guess continued our perception of new zealand in a world cup that they are a team running out of steam. they w011 a team running out of steam. they won the toss and battered but never looked comfortable. martin failed
1:50 am 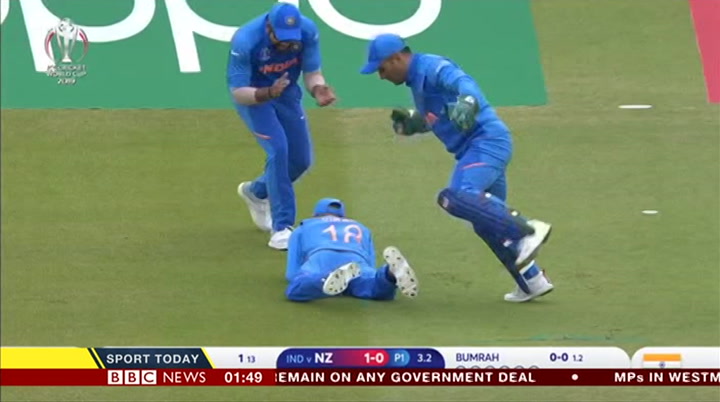 again and new zealand was on a score of one when the first wicket failed —— fell. they tried to keep the scoreboard ticking but it was rare. 95 balls to reach 67. ross taylor at the end finally got the first six of the end finally got the first six of the innings towards the close of play. new zealand will try and come back to set a competitive total but most indian fans i have seen around the ground today have strong confidence that they will be in a world cup final. i don't think anything we have seen today will dissuade them from that point of view. we just hope for better weather here. elia viviani claimed his first tour de france stage win as team—mate julian alaphilippe retained the yellow jersey after stage four on wednesday. watching was the bbc‘s simon brotherton. this day was flagged up as a big
1:51 am 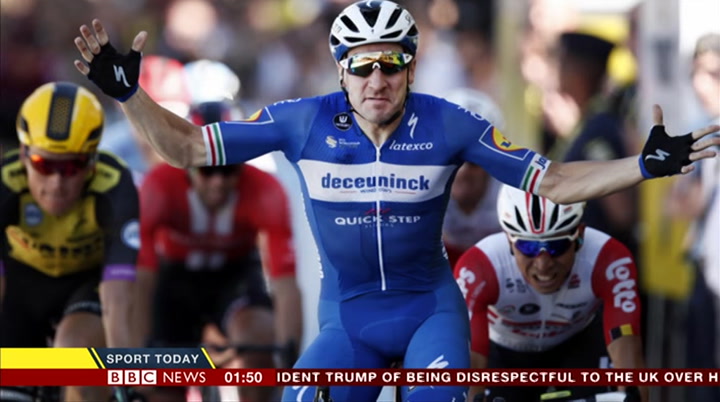 rendezvous for sprinters. viviani winning from christoph with taylor third after a spectacular gallop up the long finishing straight. a day successfully negotiated by julian and the defending champion who remains in seventh place, 45 seconds down on the frenchman. the next two days should provide the first real clues in the overall race for victory. there's just a few days to go until the netball world cup gets underway in the english city of liverpool. the question is can anybody break the southern hemisphere dominance, with australia having won it a record 11 times. regardless of what opposition we face we are always gunning for the win and like i said it has been successful world championship for us in the past so we have a lot of confidence coming into the tournament. we know there will be tough matches, not just tournament. we know there will be tough matches, notjust the home country it will be south africa,
1:52 am 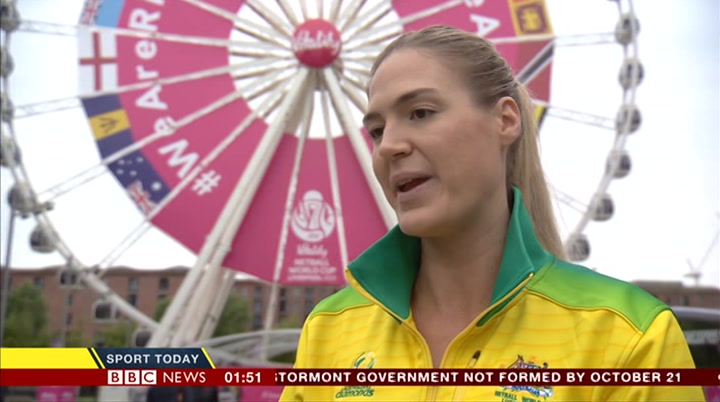 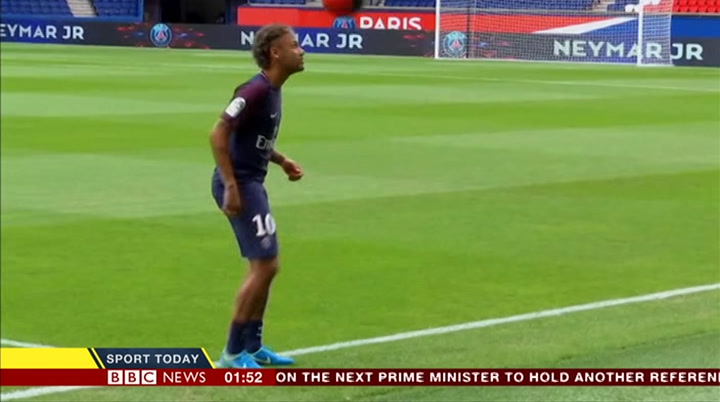 and has been linked with a move back to his former club barcelona. psg say they've not received an offer from the spanish champions but there has been very superficial contact. meanwhile, barcelona officially unveiled their new brazilian goalkeeper neto at a press conference on tuesday. the 29—year—old signed from spanish rivals valencia last month on a four year deal. he helped them to a top four finish and qualify for the champions league. and he's a direct replacement for this man, jasper cillessen who's gone in the opposite direction, leaving barcelona to join valencia in a deal worth around $40 million. the 30—year—old keeper, who was unveiled earlier, won two la liga titles in his three seasons at the camp nou. the africa cup of nations quarter—finals get under way in cairo on wednesday as senegal play benin in the first of the matches. senegal have the likes of liverpool striker sadio mane and napoli defender kalidou koulibaly in their side so they're overwhelming favourites against benin who have never reached this stage of the competition before. the late game sees nigeria take on south africa,
1:54 am 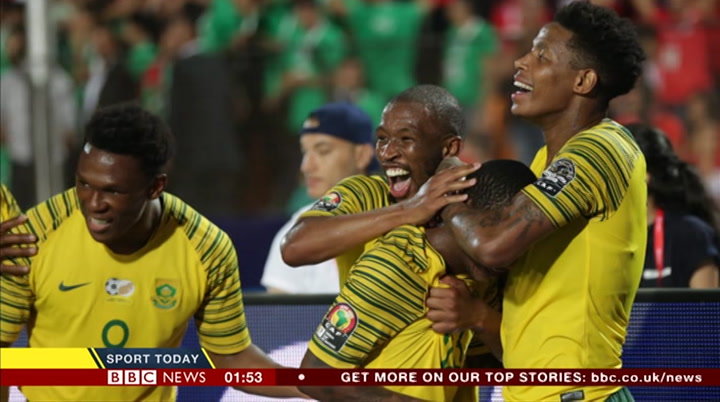 the team who knocked out the hosts and tournament favourites egypt. amir khan continues his bid for a fight against manny. the former welterweight champion held a public workout session ahead of his belt againstan workout session ahead of his belt against an australian opponent. he was originally set to face an indian fighter but he suffered injuries in a car crash at the end ofjune. major—league bus —— baseball in cleveland. the american league side are currently one side that make one run up in that. you can get all the latest sports news at our website — that's bbc.com/sport. but from me, tulsen tollett, and the rest of the sport today team, goodbye.
1:55 am 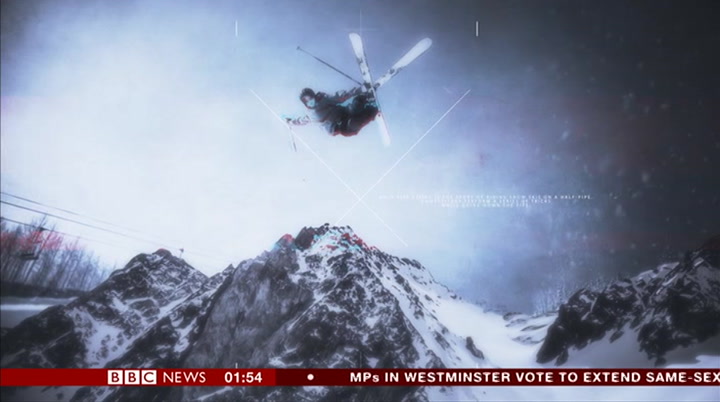 hello. the forecast brings us pretty mixed fare across the uk in the next few days. sunny spells for almost all areas and, i think, if anything, some increasing warmth. but look out for hefty old showers as well, especially across the northern half of the uk. low pressure is driving the weather here. we'll swing in some fronts as well, which means more organised bands of rain. for wimbledon, though, with high pressure sitting to the south of the uk, we are clinging on
1:56 am 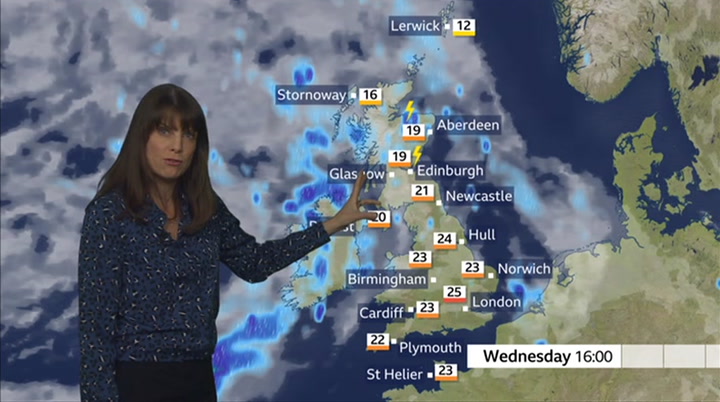 to a fine picture for wednesday, perhapsjust a raised risk of a shower later on in the afternoon. you can see some of those showers so start to tuck a little bit further south at times through the day, but southern england and south wales very likely, i think, to escape with a largely dry picture, although some heavier showers across eastern england cannot be ruled out through the afternoon. scotland gets the wettest of the weather first thing, brighter through the afternoon. thunderstorms likely in the north—east later, and then northern ireland seeing some more persistent rain arriving as we move into the latter part of the day. just light winds and that's a complication where you get some heavy showers developing. nothing to drive them on so the rainfall can really mount up. a pretty clear evening to the south and east, but the showers pile into wales and eventually roll through northern ireland and head into scotland. overnight lows to take us into thursday, 12—14just about covers it. for thursday daytime, we are still under the influence of high pressure, and some of those more organised bands of showers are perhaps a greater risk of seeing some heavy showers across the eastern side of the uk on thursday, and particularly for eastern scotland — signs are there could be some quite intense thunderstorms. again to the far south,
1:57 am 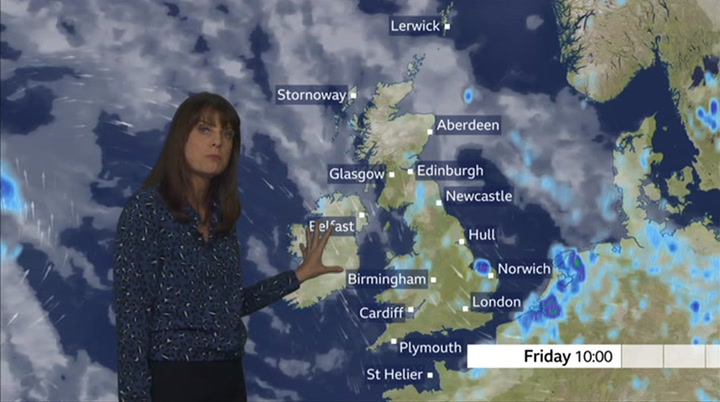 things looking drier and clearer with some pleasant spells of sunshine. and then for the end of the week, things starting to calm down somewhat. a few showers possible for northern ireland. again the chance of heavy ones though across eastern england, perhaps easter scotland, with the odd rumble of thunder. in the sunshine, though, our temperatures starting to lift — perhaps 23, 24. certainly through the weekend that looks to be the case because the reason things are starting to calm down on friday is high—pressure is beginning to build from the west, and it will spread out across the uk to take us through the weekend. i can't promise you faultless blue skies but i can promise you a much quieter couple of days with very, very few showers, perhaps just the odd one or two in the east on saturday, in the west on sunday. sunshine and temperatures into the mid—20s.
1:58 am 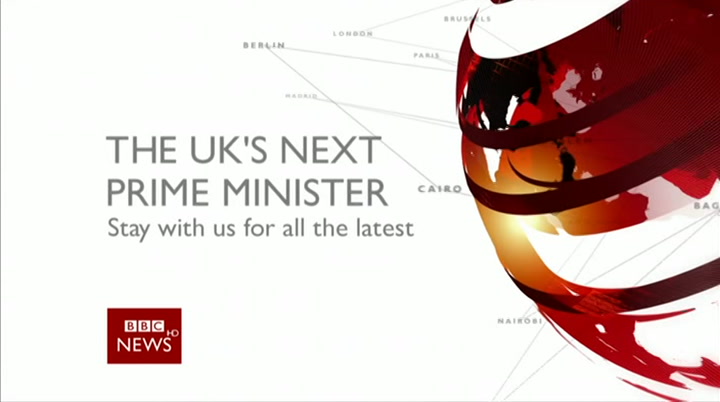 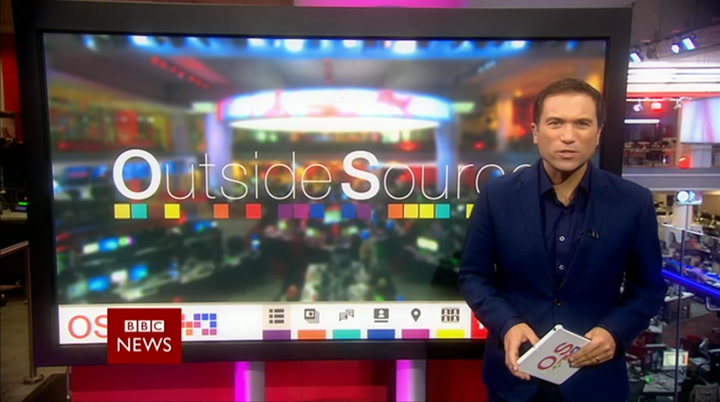 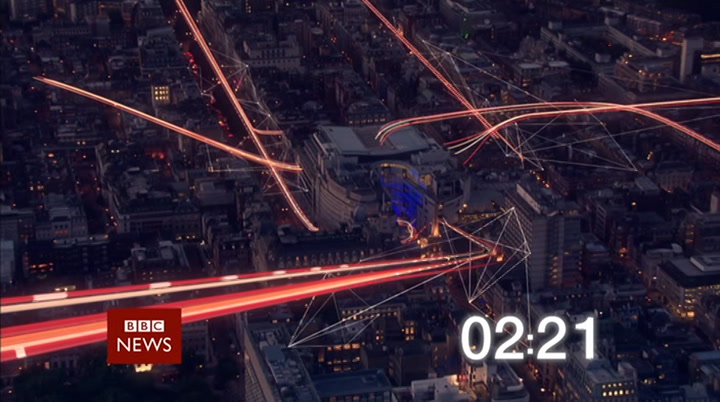