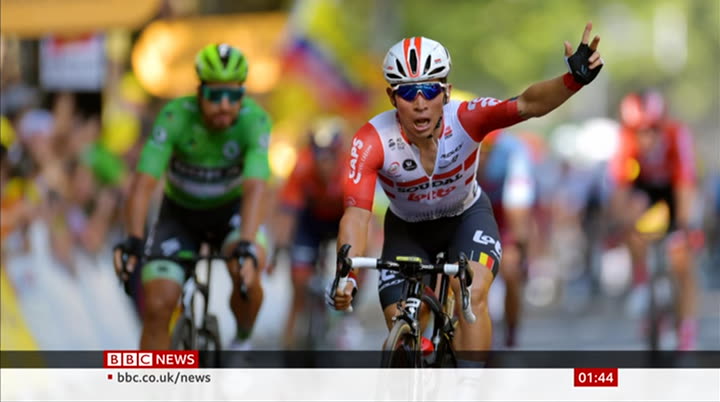 nigeria take third place in the africa cup of nations, after a 1—0 win over tunisia. and australia's caleb ewan celebrates a first stage win on the tour de france — as the race moves into the pyrenees. welcome to the programme. the fourth and final golf major of the year gets underway later. it's the 148th open championship — with the italian francesco molinari defending the title he won at carnoustie last year. this year's championship take place at royal portrush in county antrim as the open returns to northern ireland for the first time since 1951. from portrush, adam wild reports. after 68 years, the open championship is finally back here in portrush on the northern coast of northern ireland. it is a spectacular setting and the rugged
1:46 am 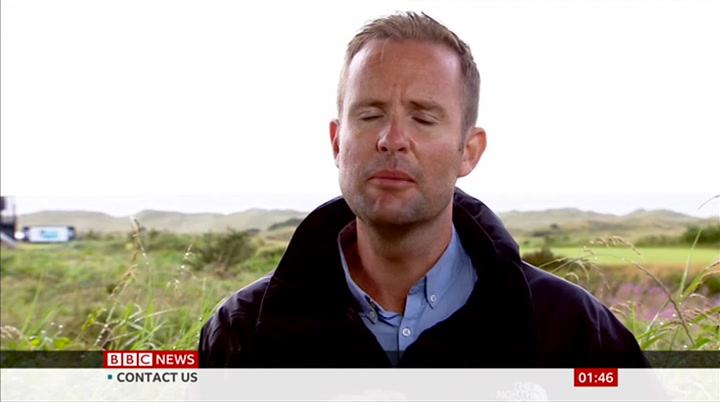 coastline playing host to this competition for the second time. the first was way back in 1951. it has been a long wait but the anticipation and excitement is over the last few years. it has reached fever pitch and has consumed the welcome to bbc news. i'm mike embley. our top stories: town of portrush. most of the excitement is about many of the the ebola outbreak in eastern congo hometown hopes. darren clarke, his is declared a public health emergency of international concern. donald trump hits out house overlooks the course here and at his democratic opponents and ridicules them after a vote isa house overlooks the course here and is a former open winner. ram mcdowell, another major winner —— to impeach him is sidelined. graeme mcdowell. his brother is the world's most notorious drug still a greenkeeper here and he will lord will spend the rest of his life in prison. the man known as el chapo command a bigger audience as well. will also have to hand over of course, perhaps northern billions of dollars. ireland's most famous author of all, perhaps their finest ever, rory mcilroy. he hopes to add another major to his trophy cabinet. it is a exactly. i am a very proud dad now. huge sense of excitement, sense of the conjoined twins who now live full and separate lives. we meet the surgeons who made it
1:47 am 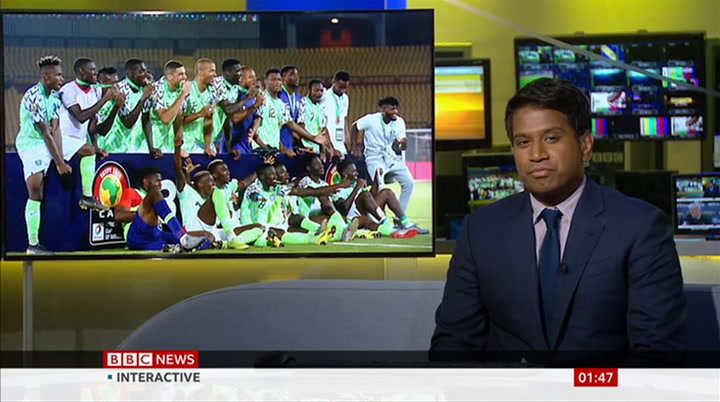 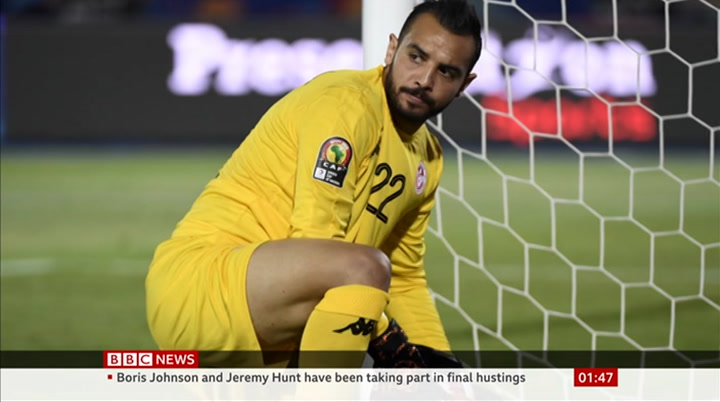 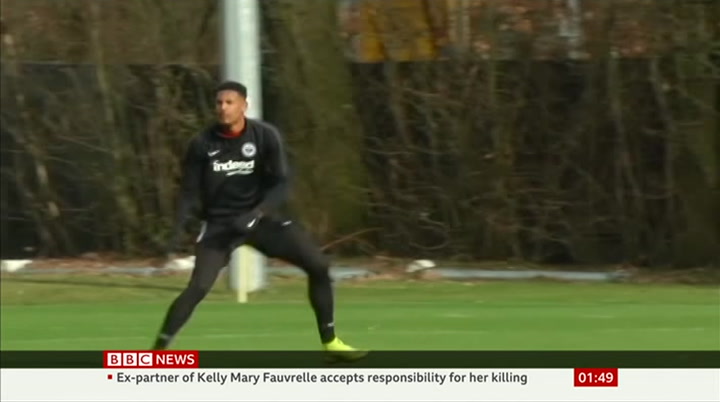 as a 16—year—old in 2016. kieran trippier has completed his move from tottenham hotspur to atletico madrid on a three year—deal. the spanish club have paid $25 million for the england defender who's won 16 caps for his country — and scored his only goal for the national side, in last year's world cup semi—final against croatia. to sign sebastien haller from eintracht frankfurt. they've paid $56 million for the french under—21 international who scored 58 league goals in two seasons at frankfurt — and helped them to the europa league semi—finals last season. the australian cyclist caleb ewan won wednesday's11th stage of the tour de france. the lotto—soudal rider won a sprint finish — at the end of the 167 kilometre stage from albi to toulouse. his victory maintains the record of a different winner, in each individual stage so far. julian alaphilippe retained the leader's yellowjersey — and he's 72 seconds clear of the defending champion geraint thomas. from france, simon
1:50 am 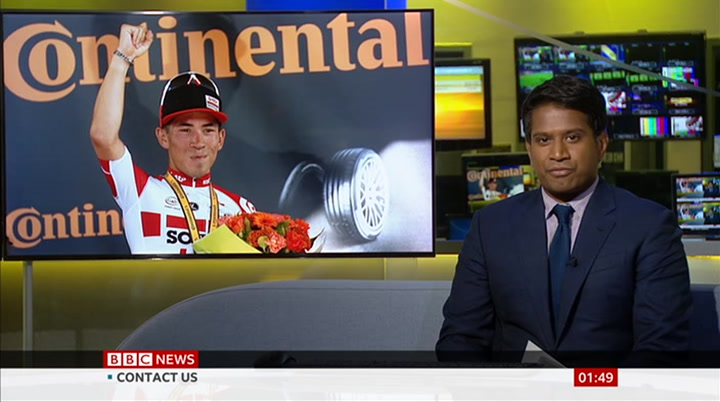 brotherton reports. as predicted it was a fast and furious finish on a hot afternoon and caleb ewan from australia proved fastest of all to take his maiden to a stage win beating a dutchman by the width of a wheel rim after a misprint for the line to victory all the more impressive considering he was momentarily held up when a teammate fell and had to be guided back through the field to the front i another colleague. overall, back through the field to the front ianother colleague. overall, the frenchman julian alaphilippe still leads with geraint thomas in second place. yates is in seventh overall. tomorrow, the race reaches the pyrenees. chris froome has been named as the winner of the 2011 spanish race following a doping case. the spaniard did not appeal
1:51 am 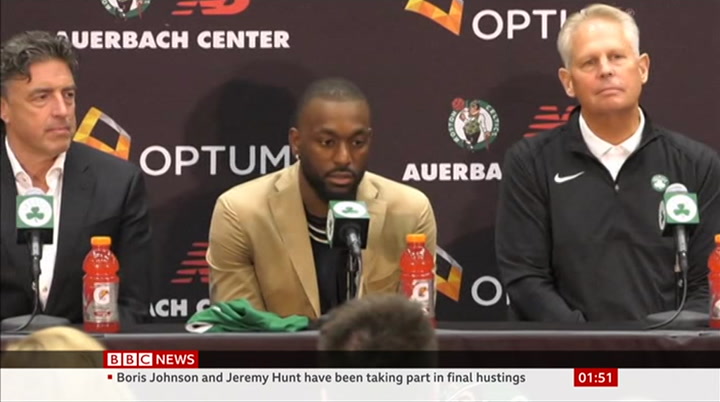 within the deadline meaning that chris froome, who finished second, has now been awarded the title. he is currently recovering following a crash. boston celtics introduced their new signings kemba walker and enes ka nter on wednesday. both players were signed as free agents — and they'll be aiming to help the celtics win their first nba title since 2008. walker — who joins from charlotte — replaces kyrie irving who's moved to the brooklyn nets. while kanter has agreed a two—year, ten million dollar contract after leaving portland where he spent the second half of last season, after being released by the new york knicks. the competitiveness of this organisation, they have been winning for yea rs organisation, they have been winning for years when you see all the banners upstairs and in the arena. so when the organisation —— they are a winning organisation and i want to win. asa
1:52 am 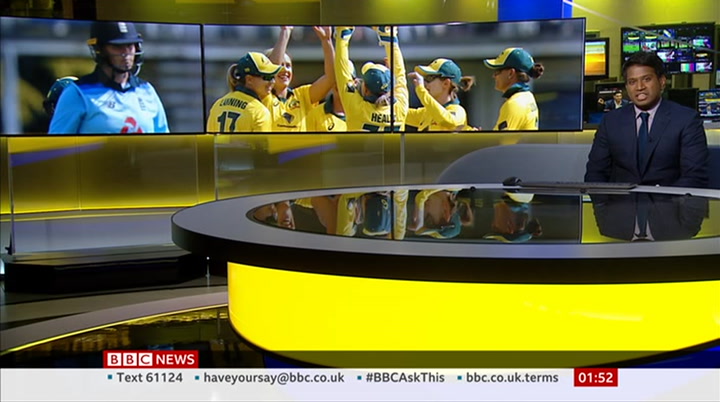 tea m english cricket. the england men's team winning the world cup and that extraordinary day at lords attention turns out of the women's side to see if they can turn things around in a women's ashes series that thus far has gone all the way of australia. there is no margin for errorfor the women of england, they have to win this test match and all three matches that follow after this match to ensure that they can reclaim the ashes. it is important we do not fall down. it is about breaking it down session by session. we will try to be positive but we will feel pressure, play the game situation and hopefully win. probably doing the wrong thing if we went out there for a draw so we're going to go out there to try and win. we need to see what the conditions are and what is happening in the game but we are really excited. these opportunities do not come along often. the group is pumped and ready to go. defeat of england in the last one—day international was of there was never. the question for the side is
1:54 am 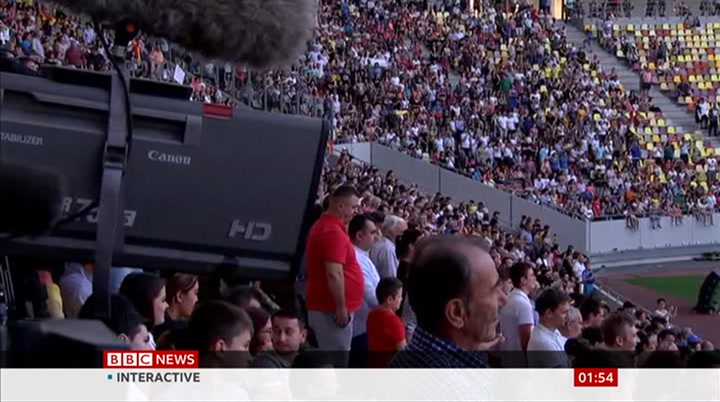 whether they can pick themselves up, be inspired by the efforts of the men side on sunday and ensure that they can get back in the series againstan they can get back in the series against an australian side that so far have been better in all departments. finally, simona halep was given a hero's welcome on wednesday as she returned home to romania for the first time as the wimbledon champion. thousands of fans gathered at the national arena in bucharest to celebrate her victory in london last saturday. halep beat serena williams 6—2, 6—2 to claim only her second win over the american in 11 meetings. she became the first romanian to win the women's singles at wimbledon. halep's second grand slam title — following her victory at the french open — took her back up to number 4 in the world when the new rankings were announced this week. you can get all the latest sports news at our website — that's bbc.com/sport. but from me and the rest of the sport today team, goodbye.
1:55 am 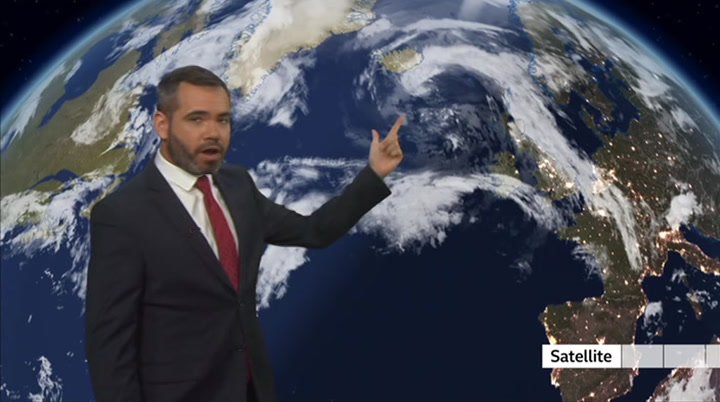 hello there. parts of eastern england had temperatures close to 27 degrees during wednesday. i don't think we will see temperatures as high as that again, not for a little while anyway because things have been changing from the west. this stripe of cloud brought out breaks of rain eastwards during wednesday. behind me here, a lump of cloud bringing rain on friday. in between, a clear zone of weather so through the day ahead we will see sunshine and showers as well. and it will be quite breezy. there's still some rain to clear away from the south—east corner through the first part of the morning. that rain is mostly light and patchy and behind that we see some spells of sunshine but also some showers. it's most plentiful across the northern half of the uk. could be a couple of showers across parts of suffolk and essex down into kent as we go through the afternoon
1:56 am 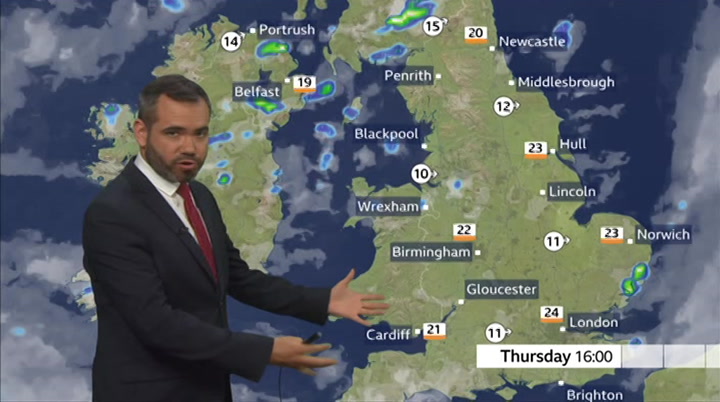 but for the majority of england and wales it is dry with spells of sunshine. cooler than it has been an breezy as well. perhaps a couple of showers clipping into north—west england and north wales but for northern ireland and scotland we will see a scattering of showers, some of them some thundery, blowing through quickly on that brisk west, south—westerly breeze. that could make for a somewhat tricky opening day at the open. some showers moving through, some of which could be heavy and possibly thundery and it will be quite breezy. as we go through thursday night into the early hours of friday, the showers continue for a time in the north. further south with clear skies it will be a cooler and fresher night than we have been used to across parts of eastern england and behind me across the south—west of the uk, cloud gathering by the first part of friday morning with some outbreak of rain ahead of our next weather maker. this frontal system developing and pushing in from the south—west. it has been very dry lately
1:57 am

across the far south of the uk but even here we will get a dollop of rain during friday. this wet weather pushing north—eastwa rd and heading into southern and central portions of scotland. northern scotland perhaps staying driest and brightest of all. with this wet weather there could be the odd flash of lightning and rumble of thunder but also be quite breezy. and temperatures at between 18 and 21 degrees. rain on friday clears away as we enter saturday and then we are back to a day of sunshine and showers, a hefty downpour at times with an odd flash of lightning and rumble of thunder. signs of things turning a little warmer again down towards the south. a drier day for most of us on sunday and the next week, split fortunes. northern areas see some wind and rain at times. further south, dry weather and some heat with temperatures 00:12:43,990 --> 4294966103:13:29,430 climbing once again.
1:58 am