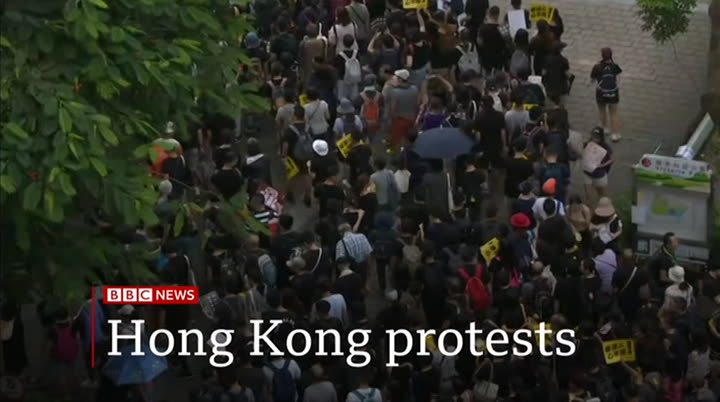 the organisers of the latest pro—democracy protest in hong kong say at least 1.7 million people took part in a peaceful rally. the demonstrations have now lasted 11 weeks and sometimes led to clashes with police. china has ordered an end to the protests. the iranian oil tanker that was seized by gibraltar last month has left port and is heading east into the mediterranean. its destination is not known. it was originally seized on suspicion of transporting oil to syria in violation of eu sanctions — something tehran denies. burials have been taking place in the afghan capital, kabul for the victims of a suicide bombing at a wedding which killed 63 people. the islamic state group has said it was behind the attack. coming up at 5:00, ben bland with the briefing.
4:31 am 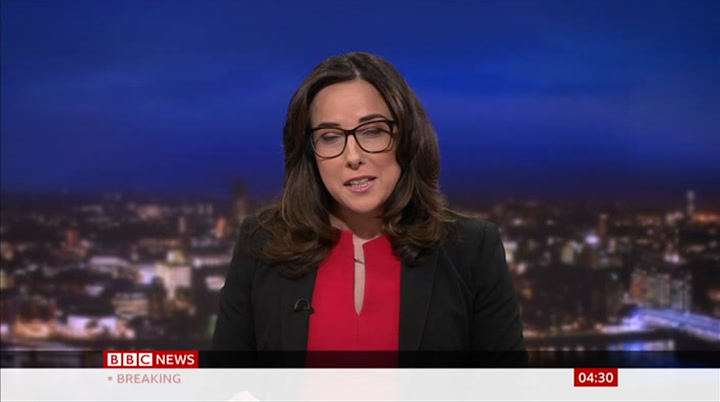 but now on bbc news, zeinab badawi is in khartoum with hardtalk. welcome to hardtalk, with me, zeinab badawi, from the presidential palace in khartoum. many here are talking about the "new sudan," after the signing of that historic agreement between the military and civilians. my guest in this exclusive interview, his first in the western media, is the man who signed on behalf of the military, and has been described as the most powerful person in sudan. he is general hemeti, leader of the heavily armed, well—equipped rapid support forces. now, they have been accused of killing or injuring hundreds of civilians during protests in june and july. can he and the military be trusted to stick to the power—sharing deal?
4:32 am 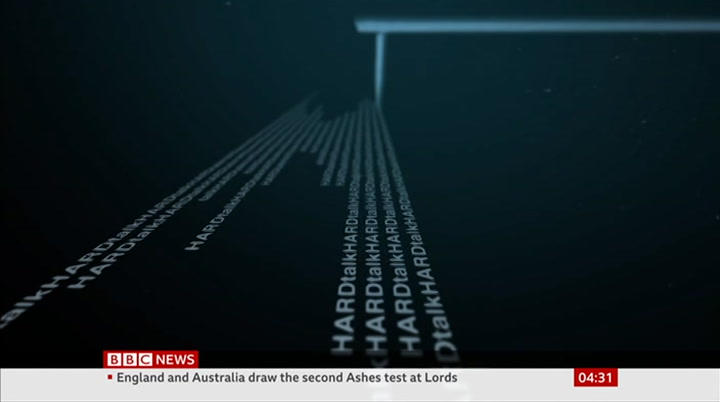 general hemeti, welcome to hardtalk. as one of the most senior members of the sudanese military, can you guarantee that this historic power—sharing agreement will be implemented now and in the future?
4:33 am 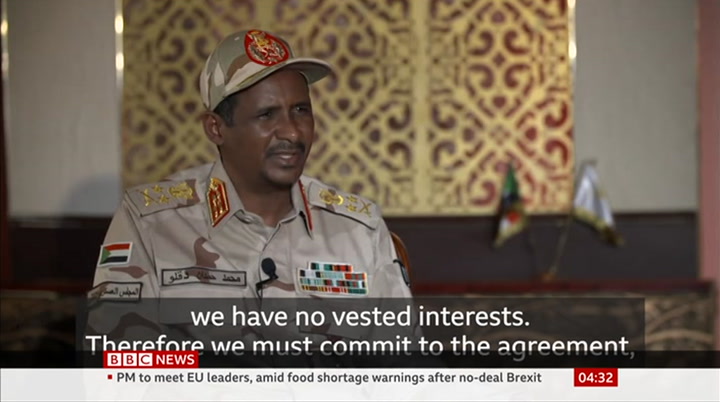 let me tell you what the american secretary of state, mike pompeo, said on the 15th of august. that he joins the sudanese people in their call for a transitional government that is "truly civilian—led." do you accept that the power and authority is with the civilians, not the military?
4:34 am

few outside sudan had heard of you, general hemeti, until the revolution. you have been described as the most powerful person in the sudan. is that how you see yourself?
4:35 am 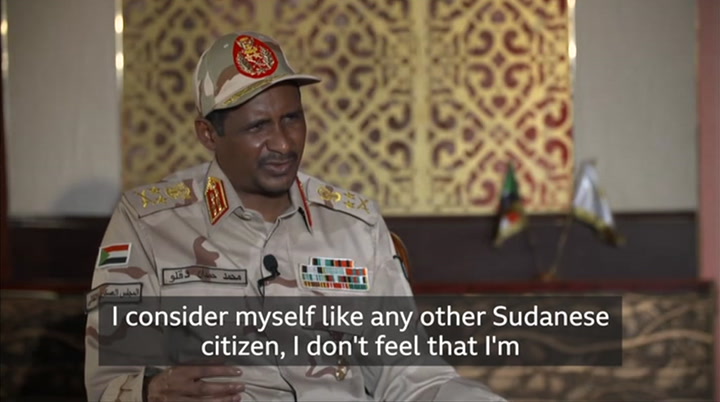 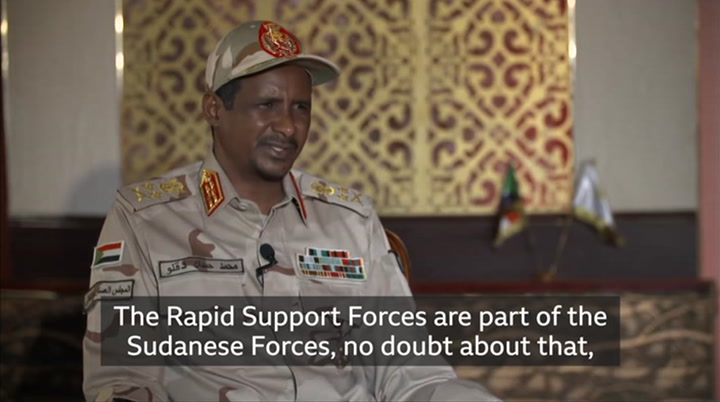 does the rsf have a separate budget and command? but who do the forces of the rsf answer to? you, or the commander—in—chief of the sudanese army?
4:37 am 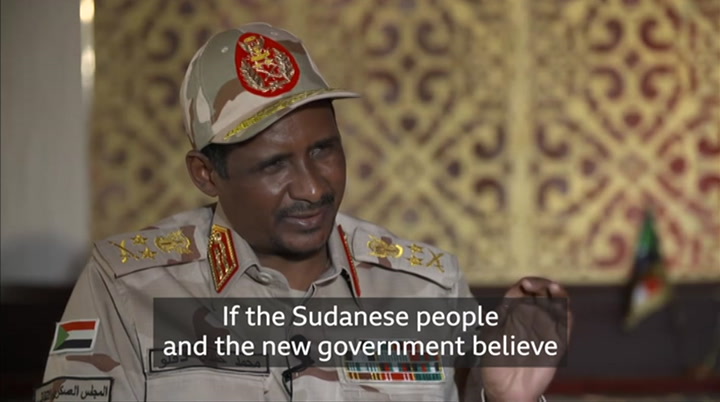 there are also reports that members of the rsf are not sudanese. omer ismail from the washington—based enough project has said that "sudan is now occupied, because the troops that hemeti is using to control and monopolise power, most of them are not even sudanese. they are recruited from chad, mali and niger." do you have non—sudanese members of the rsf, and if so, how many? no non—sudanese?
4:40 am 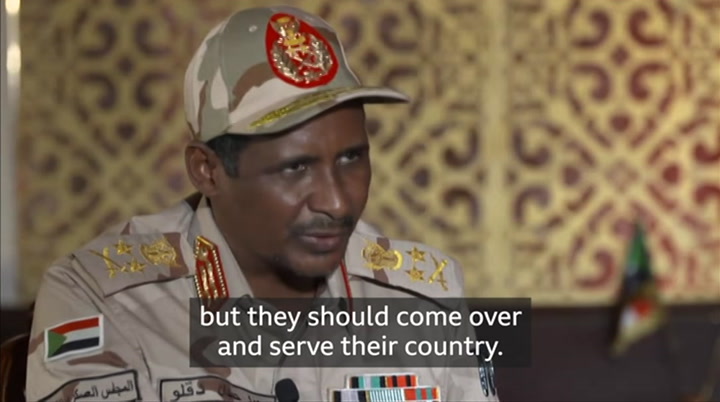 i want to ask you specifically about what happened principally injune, when after the initial euphoria of the removal of president omar al—bashir, troops opened fire on protesters. unarmed, peaceful civilians. one protester here in khartoum told me that the army was seen as saviours, now they are seen as killers. what was the role of the rsf, the rapid support forces, in that attack onjune the 3rd on civilians?
4:42 am 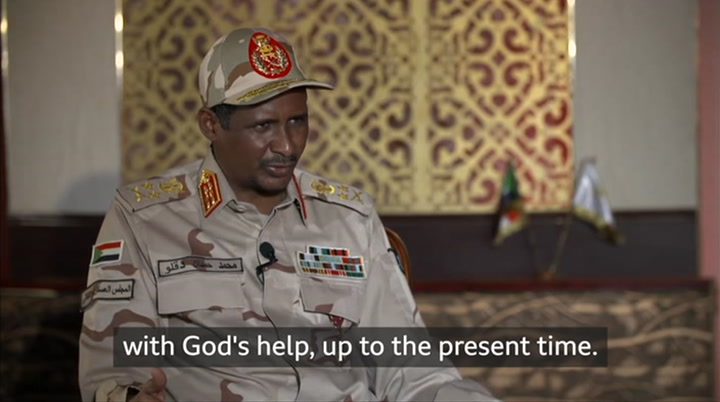 but the rapid support forces were specifically blamed. let me tell you what one leading sudan expert,
4:43 am 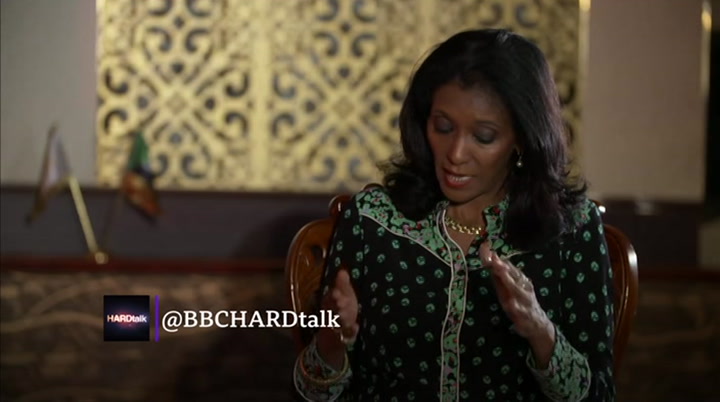 alex de waal, said. he said, "general hemeti's forces raged through khartoum, beginning with the camps of the protesters, burning the tents, often with people inside, more than 100 killed, many were raped. the rapid support force terrorised khartoum." these are the accusations about your force. but why didn't you stop the attacks on civilians?
4:44 am 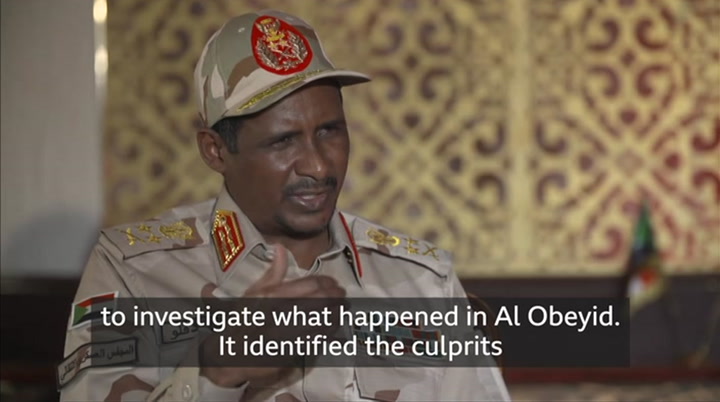 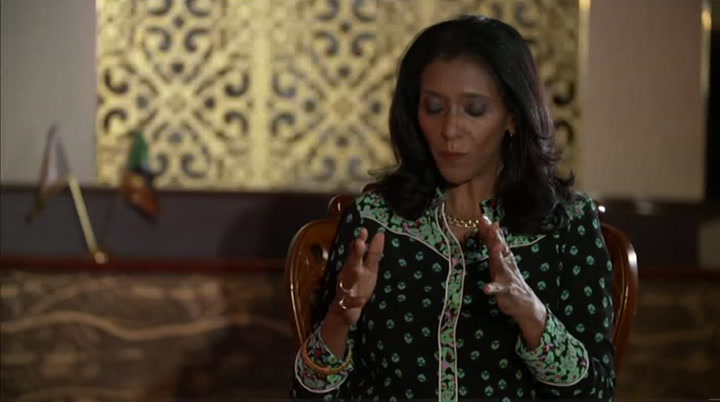 so who do you think, then, is behind the violence in sudan? you seem to suggest there is a conspiracy. do you think that supporters of the former president omar al—bashir might be involved?
4:46 am 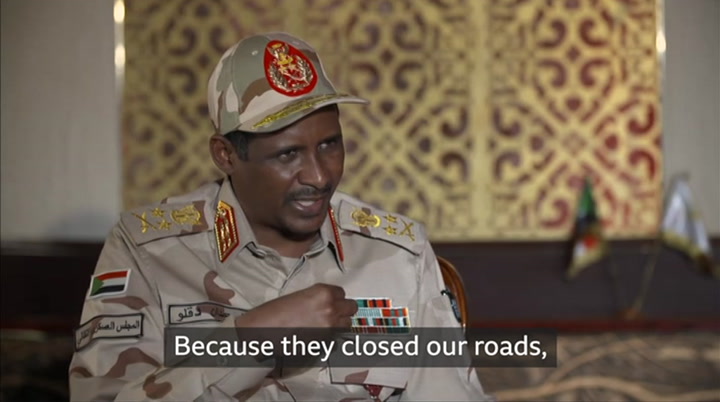 you were once a very close ally of omar al—bashir, and you are from darfur, and you led a militia there, formed a few years ago. and you helped omar al—bashir to subdue the rebels in darfur. are you proud of your actions in darfur? do you regret some of the things that happened there, which have been attributed to your forces?
4:47 am 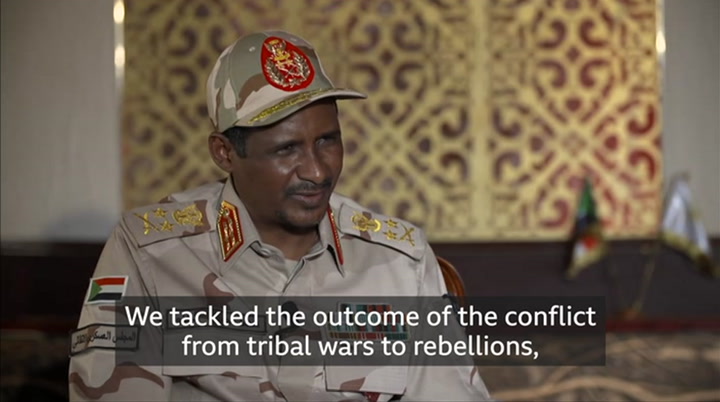 although you have not been indicted by the international criminal court, i have to say that human rights watch in 2014 and 2015 in a report said that the rapid support force burnt and looted homes, beat, raped and executed villagers, supported by the sudanese army, and it accuses you of overseeing civilian abuses, including torture, extrajudicial killings and mass rapes. do you have a case to answer in darfur? because it sounds like you do.
4:49 am 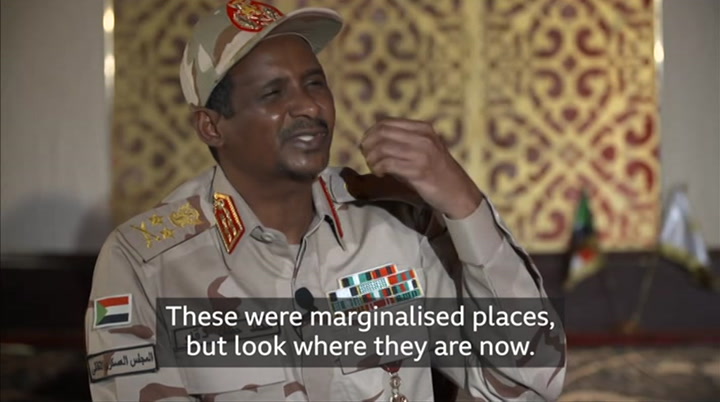 president omar al—bashir has been indicted by the international criminal court over his alleged actions in darfur. what do you think should happen to him? do you think he should be handed over to the icc? but do you believe there should be accountability for all the victims of the conflicts in sudan, historic as well as those people who have been killed since december 2018?
4:50 am 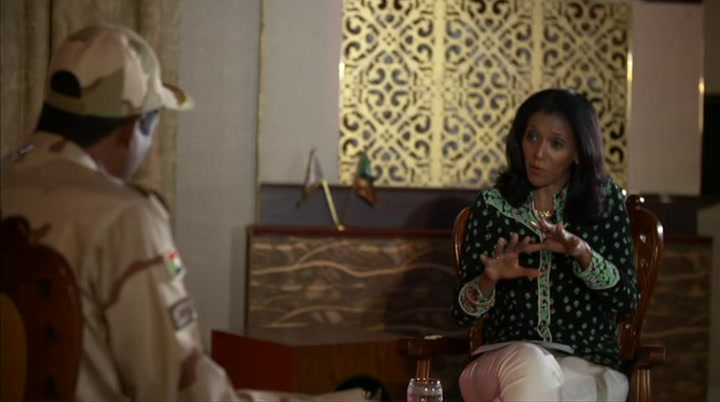 do you accept that there should be? what can you do to ensure there is accountability for all those victims of the conflicts in sudan, including those who died in the recent protests? you know now people like yasir arman, the deputy leader of the revolution united front, says there is still conflict in parts of the sudan, like darfur still, blue nile state, and he says we don'tjust want democratisation. he says peace and democratisation go hand—in—hand. how can you as a senior military
4:51 am 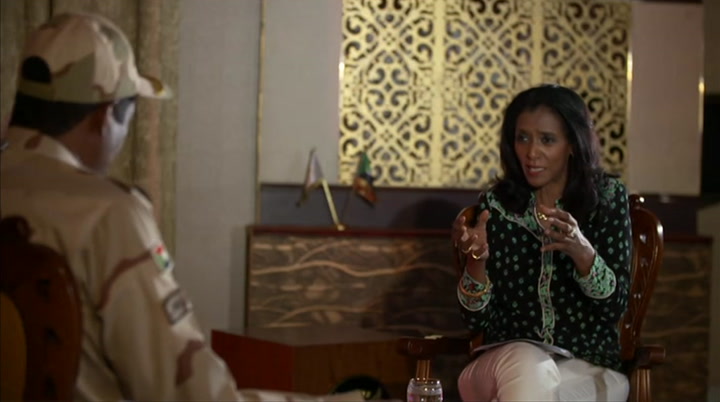 leader here in sudan ensure that there is peace, and that those people living in the conflict—ridden areas of sudan are part of this new sudan? you are a businessman, and there are again a lot of reports about where your wealth comes from. where does your money come from? you are in control of the gold mines, the most profitable gold mines in the country, according to a study by alex de waal, a sudan expert based at tufts university in the united states. you also receive money for soldiers you sent to fight in yemen.
4:52 am 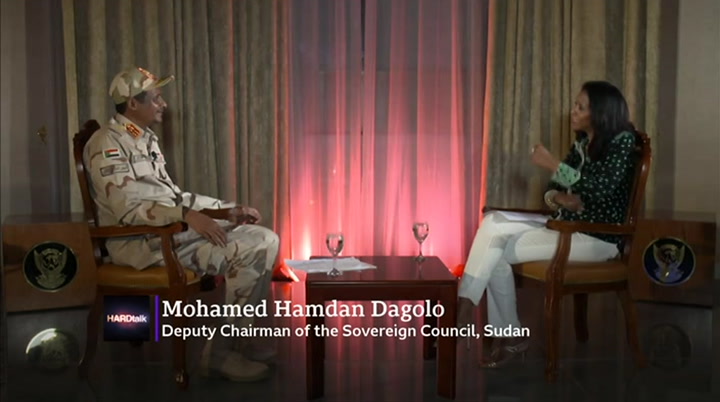 do you receive money personally from saudi arabia and the united arab emirates because you co—operate with them in the war in yemen?
4:53 am

are you sudan's biggest gold trader, controlling the most profitable mines?
4:54 am 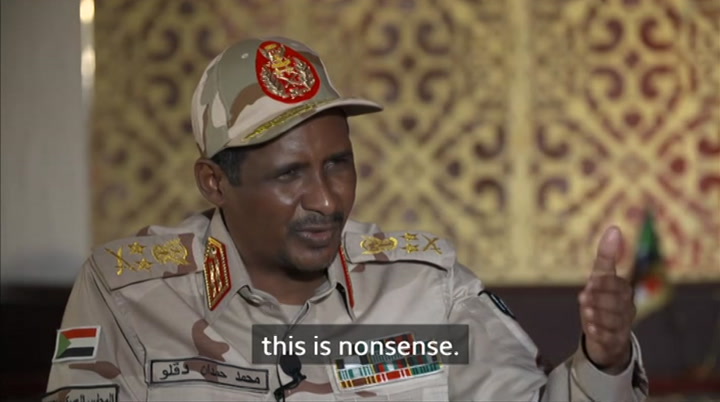 western diplomats here in sudan, as well as civilian political activists and so on, say that you have the ambition to lead the sudan. do you? general hemeti, thank you very much indeed for coming on hardtalk. thank you.
4:55 am 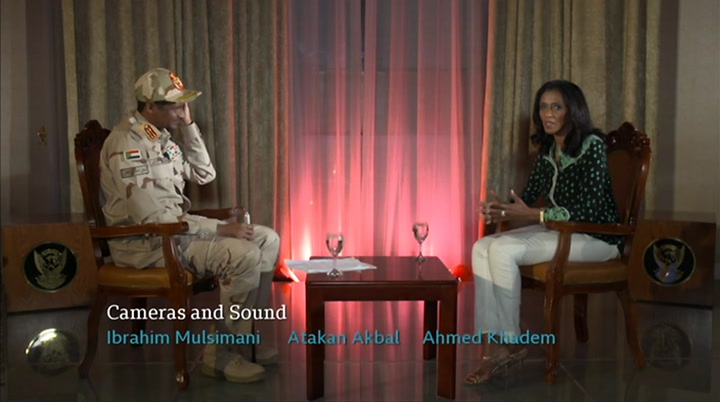 hello again. well, we've seen plenty of showers around over the course of the weekend, and showers again the name of the game as we look at the forecast for monday, too. clouds like these will be bringing those showers in. we've seen plenty of those recently as well. radar picture shows the most extensive showers across northern and western areas of the uk. could be a few, though, over the next few hours running through the english channel, and perhaps sneaking onto the coastline of southern england as well. but it's across eastern areas of england, parts of the midlands, that we'll have the longest of the clear spells over the next few hours.
4:56 am

but, if you are heading out, it's worth taking an umbrella with you today for sure. it's going to be quite a breezy start to the day, but not cold, temperatures 10—13 degrees, something like that. and for monday, well, we've still got the same area of low pressure firmly in charge that we had with us through the weekend. the only difference is it's moving over towards norway, allowing the winds to switch to a more north—north—westerly direction across northern parts of the country. showers, though, from the word go, really. i think some of the heaviest are likely to move into northern ireland, across scotland and into the north—west of england. much greater chance of seeing downpours in the east, as well. now, for scotland and northern ireland, the winds are coming down from polar regions, whereas across england and wales, they're coming from the mid—atla ntic. so there is a north—south difference in temperatures. just 16 degrees in edinburgh, whereas we should see temperatures into the low 20s still across eastern counties of england. tuesday's weather, we've got a little ridge of high pressure moving in for a time ahead of this warm front that will spread ultimately thicker cloud and outbreaks of rain into western parts.
4:57 am 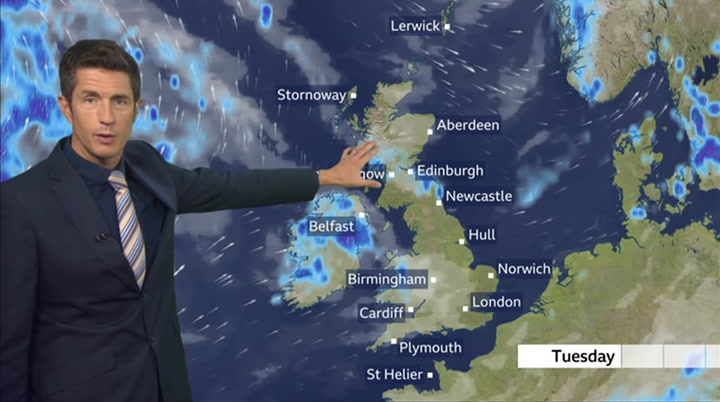 so rain gets going into northern ireland. it will swing into parts of western parts of scotland, western parts of england and wales as the day goes by. we may well see some of the cloud become quite low for some of the hills. it's probably a better kind of day across those eastern parts of the country. changes again for wednesday — a cold front swings in this time across the north—west part of the country, high pressure, you'll note, building into the south—east of the country, so some real contrasts in the weather for wednesday. wet and windy weather for northern ireland, the rain getting into western scotland. could see a few spots running ahead of that into north—west england and north wales. but by and large eastern parts of the country dry, and it will turn cloudier, with those temperatures coming up a little. highs of 18 degrees in edinburgh on wednesday, up to 23 degrees in london. once we've got wednesday out of the way, the weather should become drier for a few days, and it should get warmer as well.
4:58 am

in london, as we head into the weekend, temperatures could reach 27 by saturday.
4:59 am 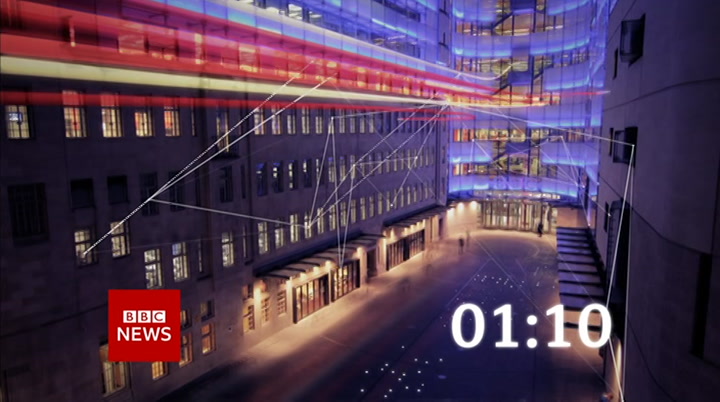 this is the briefing. i'm ben bland. our top story: an iranian oil tanker held on suspicion of transporting oil to syria has left gibraltar. its destination is unknown. threats to lives and homes, as rescue crews work around the clock to contain wildfires in the canary islands. a moo—vable feast? the pioneering project set to provide rotterdam with dairy produce that's good for the planet. president trump says he dosn‘t want america to do business with huawei, as the tech giant is due to be hit with a full ban on working
left
right
email Borrow Program
tv

In a special edition of the programme, Zeinab Badawi is at the Presidential Palace in Khartoum where a historic power-sharing agreement has been signed between the military and civilians.