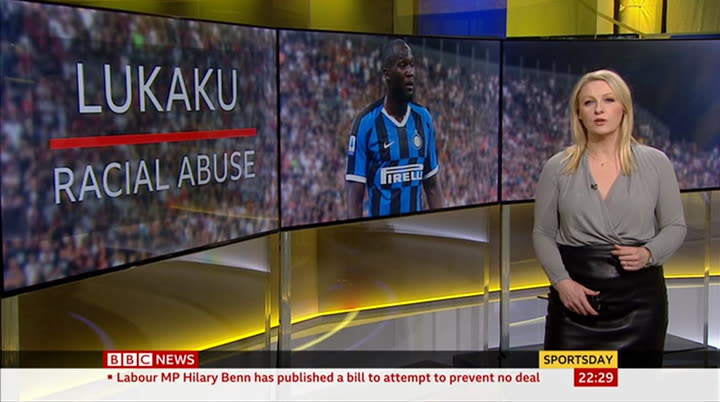 yesterday, the former manchester united striker romelu lu ka ku scored for his new club, inter milan, at cagliari. you can hear the monkey chants from a section of the crowd as he took the penalty that proved to be the winner. there is certainly an issue. other players have been racially abused in recent seasons. now let's round up some of today's other football news and it's the transfer deadline for scotland and leagues one and two today plus the major league in europe.
10:31 pm

arsenal's henrikh mkhitaryan is heading for roma on a season long loan deal. the italian club will pay a fee and the players wages, but there is no option or obligation to buy the armenia international. west ham strikerjavier hernandez is heading to spain, he's completed a move to sevilla on a three year deal. he scored 17 goals in 63 games for the hammers. the uefa player of the year virgil van dijk has also been nominated for the fifa award. van dijk‘s liverpool manager jurgen klopp is among the nominees for best men's coach. england's lucy bronze is also going for the uefa/fifa double, she's been nominated alongside american world cup winners alex morgan and megan rapenoe. england manager phil neville is on the shortlist for best coach in the women's game. the women's super league, starts next weekend and will be broadcast overseas for the first time. broadcasters in mexico and
10:32 pm

scandinavia, which means the matches will be screened to viewers across central america, norway, sweden, finland and denmark. the latest upset at the us open is that the defending champion and world number one naomi osaka is out of the tournament after losing in straight sets to belinda bencic. it comes after the men's defending champion novak djokovic had to retire because of a shoulder injury. osaka was outclassed by the swiss bencic and will lose her number one status. naomi osaka does not have a good record against belinda bencic but was this a shot? naomi osaka is suffering from a knee problem, she had the trainer out. but belinda
10:33 pm 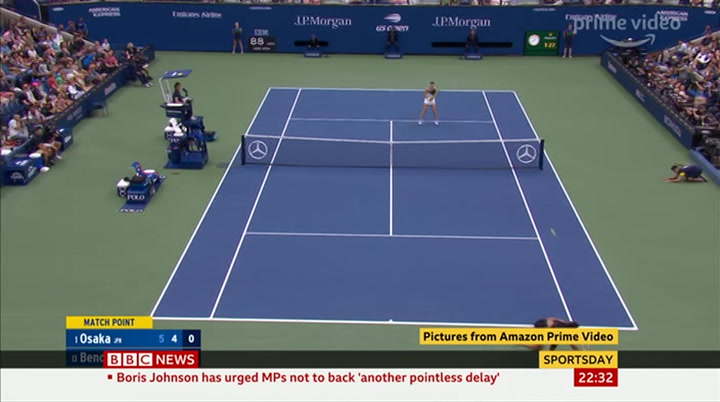 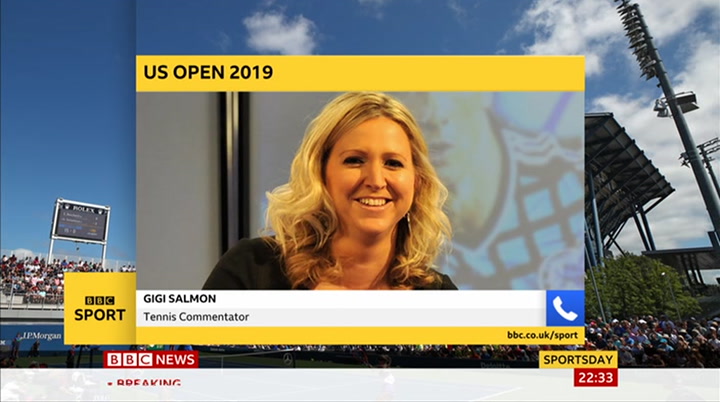 else left has got a title, no one else left has been to a grand slam final. a canadian player has won two of the biggest titles under the grand slams on the tour this year but serena williams now must be feeling really good that she can equal the record of 24. johanna konta, after defeating the world number three in the last round, has got a good opportunity to make herfirst us open semifinal. an exciting prospect. turning to the main‘s game, with the djokovic out, who is now the favourite? we thought we might for the first time in new york have a roger federer and rafa nadal meeting, that would have to come in the final, roger federer is five—time champion, rafa nadal has won this title on three occasions, and we just lost their world number six, who would have faced the winner of a man and a chill itch against rafa nadal. we have to think about stan van rinker.
10:35 pm 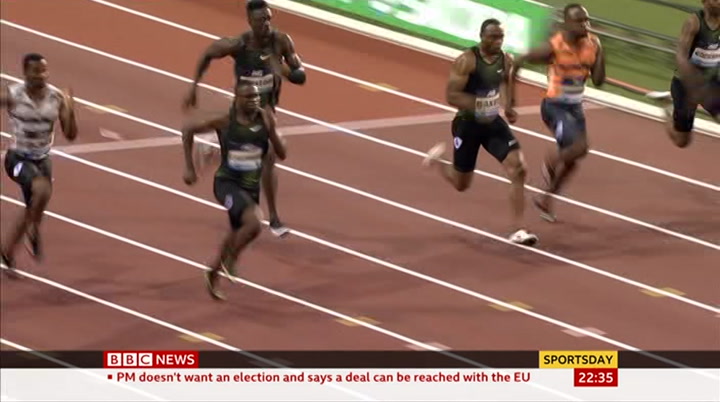 and a word on medvedev, he is player at the moment. he has broken into the top ten. this is the first time he has ever got this far at a grand slam. he looks tired at the moment. still plenty to play for across both competitions. the us anti—doping agency has withdrawn its charge against chris coleman. the sprinter had argued that one of the mist tests was outside of the period in which the three strikes can be applied. a could have missed their world championships and the next olympic games but now he is a free to compete in the world championships later this month. this decision can still be appealed.
10:36 pm 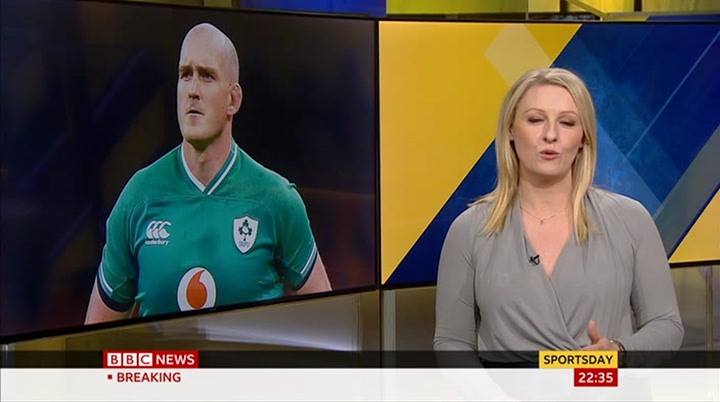 devin toner has been left out of ireland's 31 man squad for the rugby world cup injapan. the leinster lock has made 60 appearances under head coach joe schmidt, that's more than any other player during schmidt's six year tenure. munster‘sjean kleyn has been given the nod ahead of toner. it couldn't be more tense — the ashes series is drawn at one—one with two left to play. ahead of the fourth test at old trafford, england have reshuffled their batting order and say the win at headingley is the momentum they need to go on and regain the urn. australia though, must bounce back from letting the third test slip from theirfingers. they both trained today at old trafford asjoe lynskey reports. they were the hits that shaped the test match and an hour that change the summer. for english cricket a day they will not forget here at
10:37 pm

headingley. without that theatre the ashes now would be an exhibition. instead these sides go to old trafford with one win each. england have had that week off. eight mercy ina summerthat have had that week off. eight mercy in a summer that feels like it has not stopped. that has brought that down time to live it all over again. ido down time to live it all over again. i do not think i have ever re—watched a moment in a test match like i have done this week. the drama of it is unrivalled. that partnership is one of the greatest that english cricket has seen. the momentum shifted and with that the series. but australia now have their armoury back. steve smith is batting again. he is the puzzle england are yet to solve. and despite the heartbreak at headingley, this site just need one when for the urn. after the misery they are looking for unity. we have a philosophy that we stick together as a team. the
10:38 pm 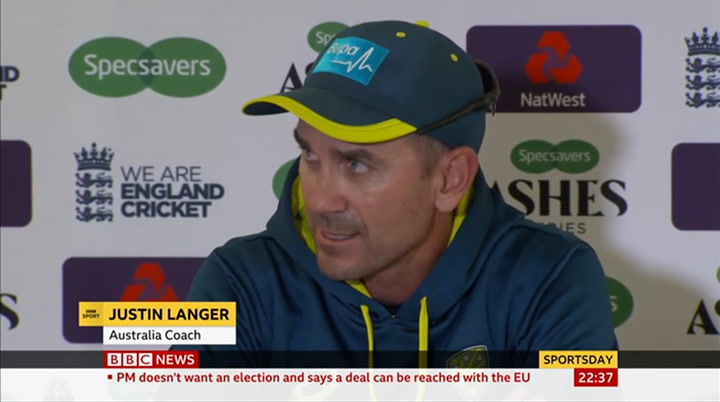 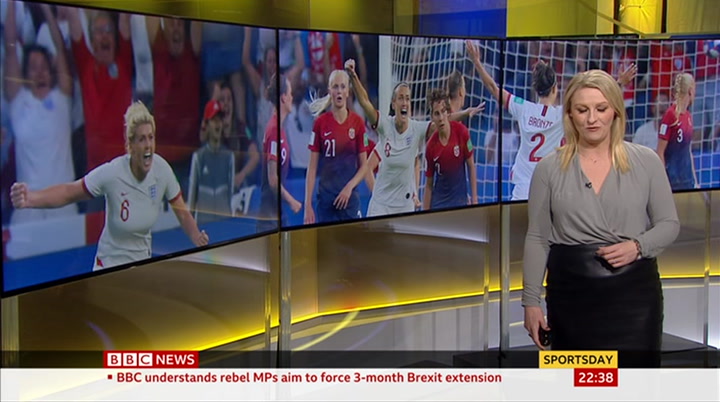 while england could only manage a draw in theirfriendly while england could only manage a draw in their friendly against belgium last week. it isa belgium last week. it is a clash between norway and england. the last time these two sides met, it was only injune this yearin sides met, it was only injune this year in their women's world cup in france at the quarterfinal stage, a match that england eventually co mforta bly match that england eventually comfortably won. some of norway's top stars play their football in the english women's super league. these two sides know each other very well. looking back at that particular game, 3—0 did not do norwayjustice. i thought we played well. it was a good test. of all the games that we won in the world cup, from a physical point of view, that is where we peaked in terms of the amount of running that we did, high speed running, distance covered. that is what we needed to do to beat this snobby team. ultimately when we we re this snobby team. ultimately when we were struggling in the world cup, their ability and athleticism is
10:40 pm 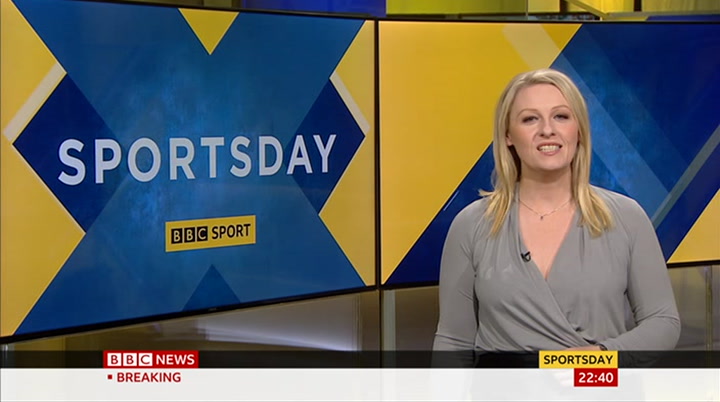 their ability and athleticism is their biggest strength. for norway this friendly match comes after they opened their euro 2021 campaign with a 6—0 drubbing of northern ireland. but england now includes the newly crowned european player of the year. they should probably start this game as favourites but for norway there isa as favourites but for norway there is a chance of redemption against a side that knocked them out of the world cup. and wales play northern ireland tomorrow as well. that is all for now. now it is time for the papers. our look ahead to what is in the papers tomorrow. for pensions minister and a writer
left
right
email Borrow Program
tv