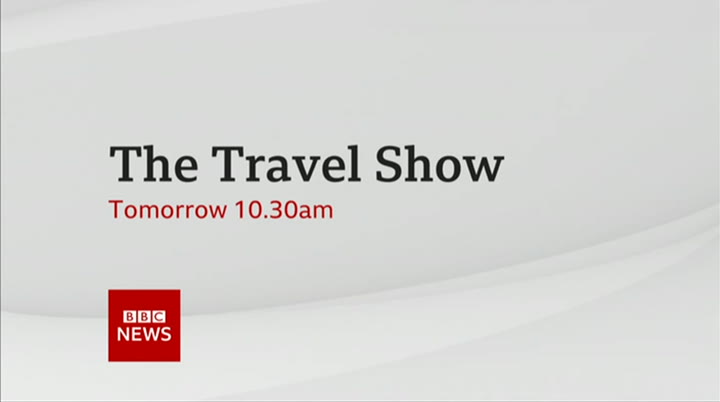 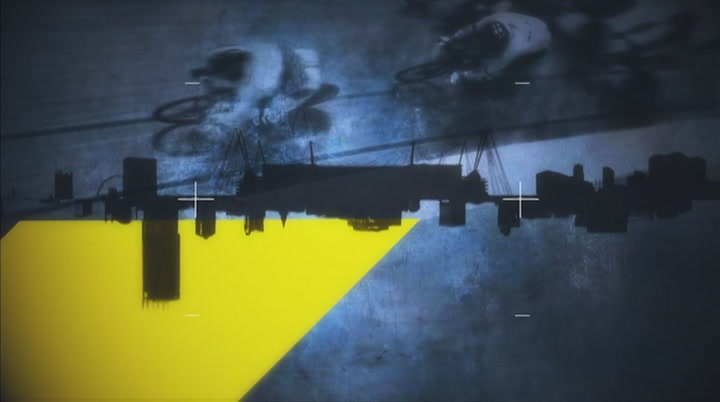 hello and welcome to sportsday, i'm chetan pathak. gareth bale was wales‘ hero as his late goal helped them beat azerbaijan two one in their euro 2020 qualifier in cardiff. ryan giggs‘ side laboured for much of the match against the bottom side in the group. but ultimately got the win they desperately needed, as patrick gearey reports. after a feverish summer, gareth emerged a man refreshed. once out of favour, he is now back at the centre of things with his club, where he a lwa ys of things with his club, where he always was for his country. they say he isa always was for his country. they say he is a man who makes things happen, but rarely like this. setting up pablo for an accidental punch line. he was never really in on the joke. and the own goal, but a big goalfor wales, who really had to win this,
10:32 pm 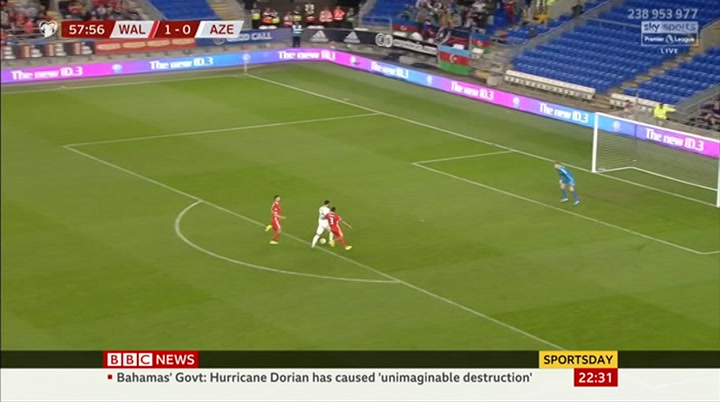 but struggled to put together anything more deliberate, which left them vulnerable. they even have the chance for a second goal to his nation ranked 109th in the world, they were level. wales at semi finalists of the last heroes were now up against it to even reach the next one. chances and time passed, seven minutes remains, with gareth climbing above the chaos. was it in? the margin was slight, but the significance massive. wales remain in trouble, but for now, they have escaped with bail. patrick geary, bbc news. in contrast, it was a disappointing night for scotland as they lost two one to russia at hampden. john mcginn got his side off to the perfect start when the russian keeperfumbled the ball into his path. put it into the back of the net. the russians moved up a gear and before half time captain artem dzyuba found a way through a scattered scotland defence for the equaliser. with almost an hour gone a well worked move by the russians ended with steven o'donnell deflecting the ball
10:33 pm 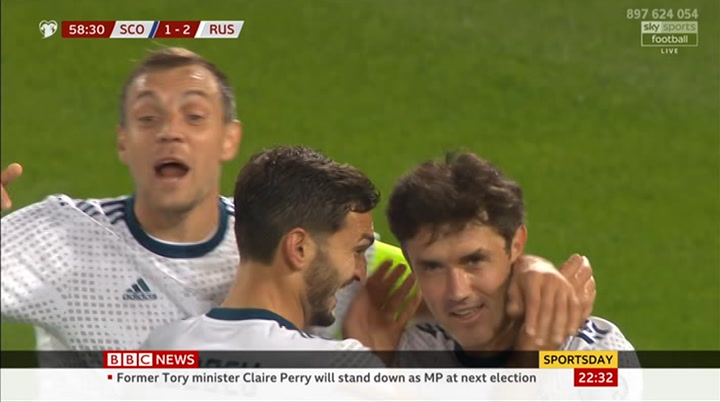 into his own goal. scotland are now six points behind second placed russia. england are in big trouble after australia took three late wickets on day three of the fourth ashes test. rory burns, joe root and jason roy all fell in quick succession to leave england 200 for five in theirfirst innings. still 297 runs behind in a match they can't afford to lose if they want to win back the ashes. our sports correspondent andy swiss was watching at old trafford. for much of the day england's batsmen battled well, but the day has ended with australia still very much in control. after a long rain delay, england fans had plenty to cheer at first, century stand between rory burns and joe route, but eventually burns went for 81, caught at slip, and then the wicked started to tumble. joe root soon followed, lbw a71. that brought ben stokes to the wicked, to a huge
10:34 pm 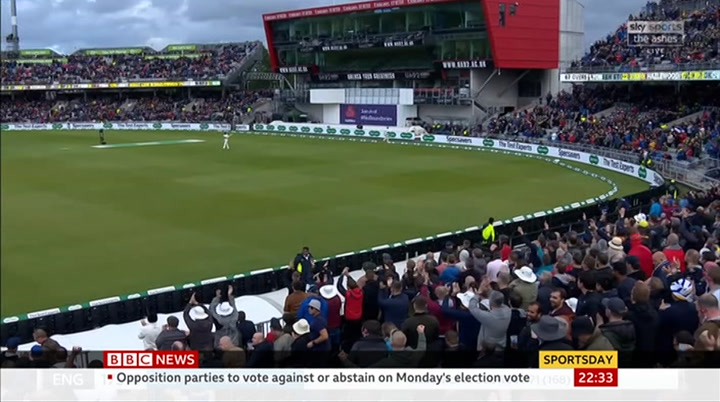 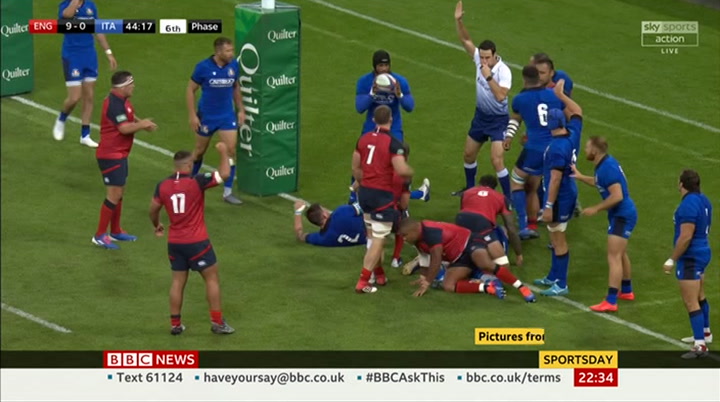 in their last warm up game before the rugby world cup injapan. after a tryless first half england took three minutes to score after the re start, as ben youngs crossed the line. this was betterfrom england, pushing forward, creating opportunities, allowing first joe marchant and then ellis genge to score their first international tries. there was still time for one more as anthony watson got his name on the scoresheet in a 37 nil thumping win. the perfect send off with the squad flying out to the world cup on sunday. scotland ultimately pulled away from a stubborn georgia in their final world cup warm up match. ali price was one of the try scorers in a close first half. scotland showed their dominance after the break though, with tries from darcy graham and the home brothers george and pete sealing a 36 nine win at murrayfield. raphael and the dog chasing a grand slam title, that would bring him within one of roger federer and semi final action of the us open tonight.
10:36 pm 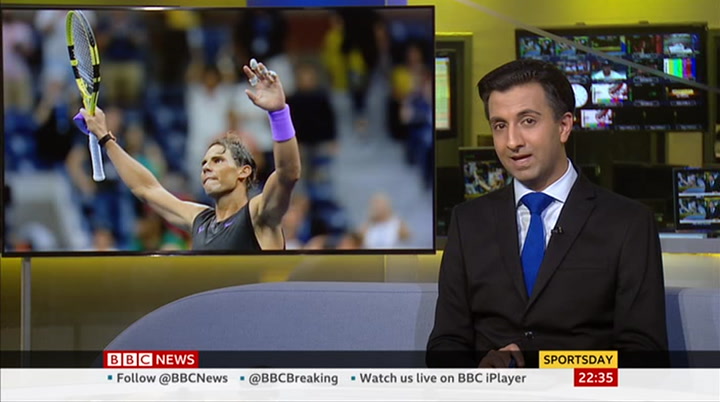 before his match though, daniel and gregor were playing their semi, and the first set was a close one, our reporter russell fuller is at flashing meadows for us, wrestle, what's the latest? the latest is that the first set went daniel's way, the fifth seed who has one more matches on the atp tour this year than any other man. took it on a tie—break by seven points to five, who has dropped to the world number 78 spots, but has been an endorsement grand slam semi finals before, and he had his opportunities in that sense, he actually won more points than him, but he made too many mistakes in the tie—break, he ta kes many mistakes in the tie—break, he takes the first set on a tie—breaker, a breaker in the early second, 2—1. the one that follows, a lot of people are there for russell rafael the doll for action, he has been getting plenty of praise in the build—up. yes, matteo understandably has many memories of watching raphael the doll when he was growing
10:37 pm 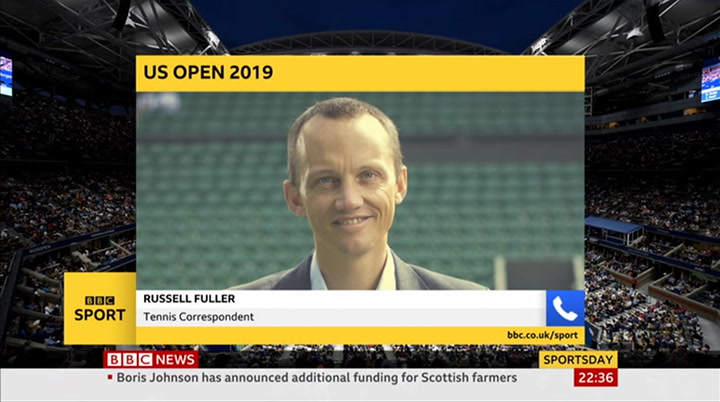 up, although he did say the first time he remembers watching him, he was not particularly impressed, because he was very young at the time, and he was hoping to watch the cartoons that would have been normally on until the coverage of this tennis match from italy, meant that the schedules were cleared out. he isa that the schedules were cleared out. he is a clear favourite, that the schedules were cleared out. he is a clearfavourite, he has one of the us open three times before, but he's been fabulous, notjust here, but i'm tour as well this year. having said that, big surprise to see him in the semi finals at this stage of his career. looking forward to that one later. our tennis correspondent at flushing meadows, russell, thank you. great britain's dina asher smith has laid down a marker, in the run up to the world athletics championships in doha. she won the 100 metres at the diamond league events in brussels, ahead ofjamaica's two time olympic champion shelly ann fraser pryce. she ran it in 10.88 seconds her fastest time of the season and took the title with it.
10:38 pm 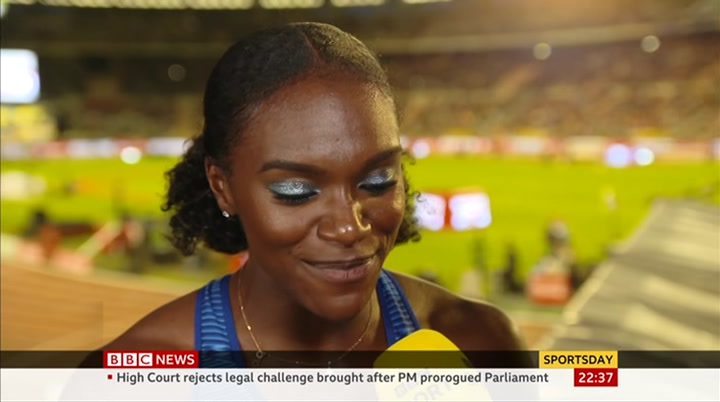 obviously came into the race wanting to win, and my coach gave me some very specific things to think about, andi very specific things to think about, and i was doing that in the race, and i was doing that in the race, andi and i was doing that in the race, and i managed to pull it off, and when i crossed the line there was a guest, fabulous, won the race, happy me, but then i remembered it was a dime and lee, so technically i won the whole diamond leak, what a great day! in rugby league's superleague, leaders st helens thrashed huddersfield giants a8 six with second placed wigan beating catalans dragons a6—12. and it was the battle at the bottom, as hull kingston rovers took on london broncos, and it was the visiting broncos who prevailed 20 16, jay pitts one of their three try scorers. elsewhere warrington beat wakefield, and salford won at leeds. ferrari's charles leclerc is the man to beat once again at the italian grand prix fastest in both practise sessions today. following his maiden win in belgium last weekend, the frenchman set the pace, just ahead of lewis hamilton in his mercedes. it was an encouraging second session for hamilton, who leads the drivers‘ standings
10:39 pm 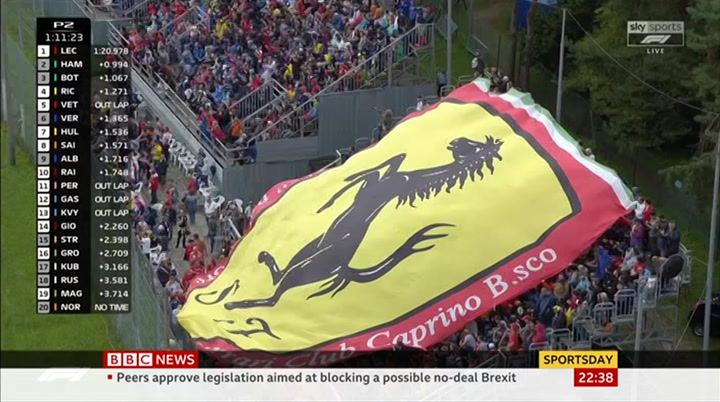 by 65 points. scotland's robert macintyre is in pole position to cap a brilliant rookie season with his first european tour title he leads the european open in hamburg by four shots after a flawless second round of 65. macintyre‘s debut season has already produced back to back runners up finishes and a tie for sixth in the open at royal portrush. back to football and the women's super league starts this weekend. for the first time in the new era, there will be a manchester derby and it will be played at the ethiad. stamford bridge will host chelsea's match against tottenham, as the fa attempt to build on england's success at last year's world cup. our women's sports reporter jo currie has more. it was one of the sporting moments of the summer. she's done it again! almost 12 million people tuned in to watch england's world cup semi final
10:40 pm 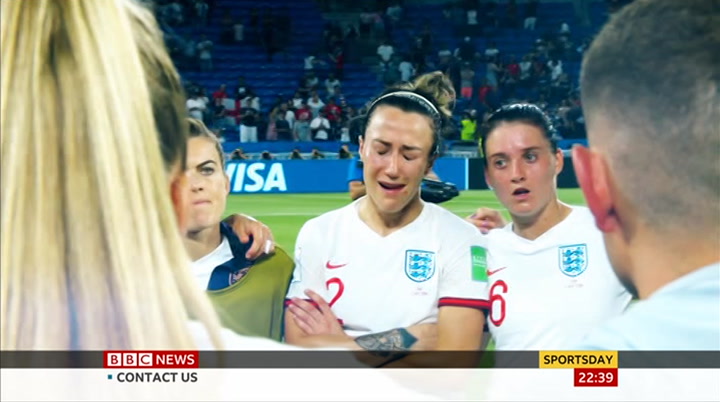 against the us. it ended in hearted, but the lionesses journey catapulted women's football into the mainstream. if someone had said that at the beginning of the year, people would've probably laughed, but i think that's what we try to do, is to capture the nation, but it wasn't just about we wanted to play foot ball just about we wanted to play football the right way, we wanted to show our personalities, when we come across these interviews and show how much it is to play for england. to open the new women's super league season, the two of the fixtures are being played out these grounds. the manchester derby also takes centre stage. cities women normally play their matches here at the academy stadium, it holds 7000 people, but this weekend, they are moving next—door. to the men's premier league eddie had stadium. this is a little bit bigger, it's got a capacity of 55,000. a fitting venue then for such a historic location. the question is, will it pull in the fans? it's really important that, you know, you get a good cloud and there, otherwise it's empty, and
10:41 pm

solis. it's not great for the players. so as long
left
right
disc Borrow a DVD of this show DVD
tv