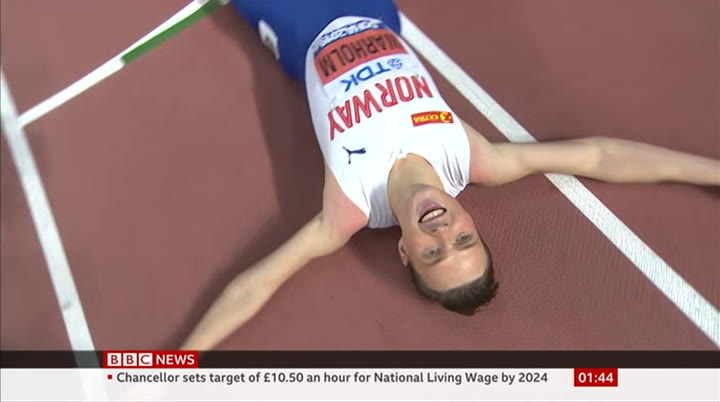 metre hurdles title at the world athletics championships. all square at old trafford — it's united's worst start to a season since 1989. auld langs fine! scotland are back on track at the rugby world cup as they thrash samoa. hello and welcome to the programme. we start in qatar where norway's karsten warholm held off close rival rai benjamin to defend his world aoom hurdles title in doha. the 23—year—old took the lead with 150m remaining and stayed just ahead of the american with qatar's abderrahman samba in third. here's our sports reporter ade adedoyin. once again, the stadium was not full but there were more people in there
1:46 am 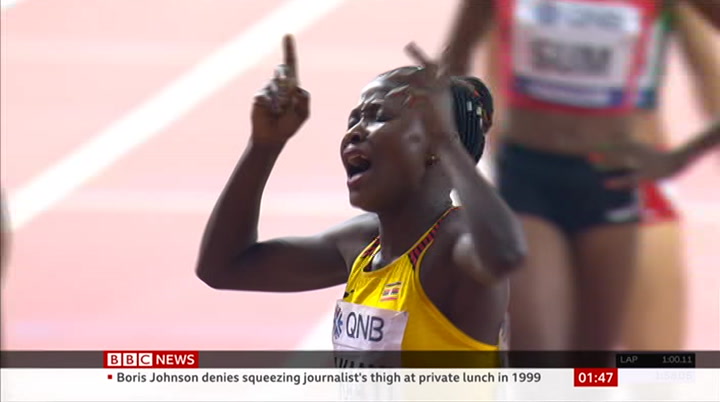 ethiopia this season, but he produced his best when it really mattered. he defended the title he wa nted mattered. he defended the title he wanted london and just like he did on that occasion any finished ahead of mo farrah, he did the trademark celebration. an even bigger shock in the women's a hundred metres, there was a heavy favourite from the uk, she had been dominant in the diamond league circuit, but she was always under pressure from the ugandan runner. there were shoulder to shoulder, but she timed her sprint finish perfectly, swept past wilson, to clean uganda's first game win, and on the 30th history, and afterwards he told me there would be dancing in the street from the town she is gone in uganda. there will be dancing more than the world when —— world windows, they will tie in our traditions. athletics coach alberto salazar has been banned from the sport for four years after being found guilty of doping violations.
1:48 am

the 61—year—old runs the nike oregon project — home to four—time olympic champion mo farah from 2011 until 2017. the decision follows a four—year investigation by the us anti doping agency, known as usada, and a two—year court battle behind closed doors. a statement from usada is due on tuesday. to football, and in the english premier league manchester united and arsenal played out a mistake—ridden 1—1 draw. the game was a pale shadow of their mighty clashes of years gone by, scott mctominay gave manchester united the lead at the end of the first—half. arsenal equalised just before the hour courtesy of pierre—emerick aubameyang. it was originally ruled out for offside but was overturned by the var. the result takes arsenal into the top four, but manchester united are now down in 10th in what is their worst start to a season in 30 years. you wanted to take three points tonight, and we had great opportunity to get those three points because we had the game where we wanted, but that is sometimes, or
1:49 am 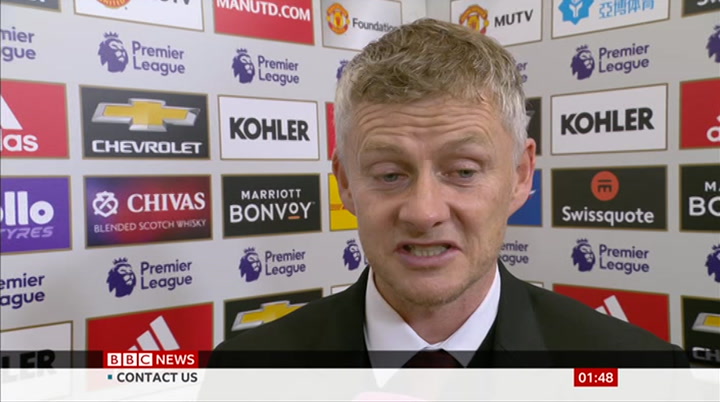 the visitors then had bremer sent off, but took the lead from the penalty spot. but it was all square at the break — andreas cornelius smashing home for parma. then just as it looked as if the match was going to end in a draw, substitute roberto inglese broke the hearts of 10 man torino. 3—2 to parma. the champions league returns later on tuesday with a huge match between german champions bayern munich and tottenham in london. although they beat southampton at the weekend, surs have had a mixed start to the season. that was only their third league win so far. they did fear that striker harry kane might have picked up an injury in the game, but after training on monday, it looks like he'll be fit to face bayern. they fit to face bayern. are a club that every season try they are a club that every season try to prepare, they prepare themselves to try to win the
1:51 am 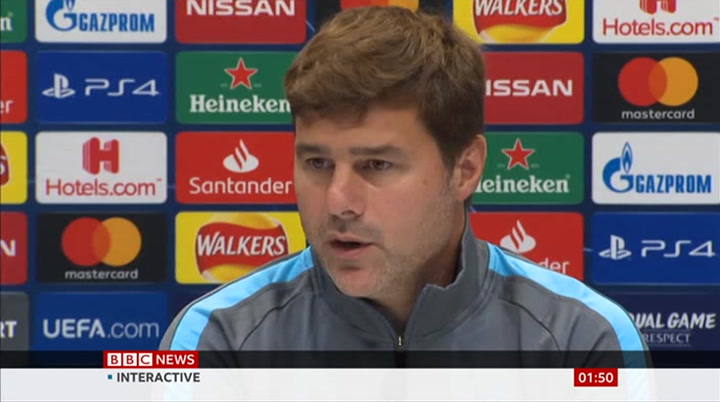 competition, the champions league, because the history says that. i think it is a great club, great players of course, amazing coaching staff, i know them well, we play them and i wish them a great time together, it is a club, historic, that can be one of the contenders for sure, to that can be one of the contenders forsure, to win that can be one of the contenders for sure, to win the champions league. cardiff city have been ordered to pay the first instalment of $6.5 million to nantes for the transfer of emiliano sala. the argentine died in a plane crash injanuary while travelling from france to join the welsh club. a fifa panel met to rule on a dispute between the two sides, who had failed to reach agreement on settling payment for the striker. cardiff had argued they were not liable for the fee because sala was not officially their player when he died. scotland have reignited their rugby world cup campaign with a much improved 34—0 victory over samoa. having been comprehensively outplayed by ireland in their opening match at the tournament injapan they scored four tries in a bonus point win that could prove crucial in a wide open group a. our correspondant katie gornall sent us this report from kobe
1:52 am 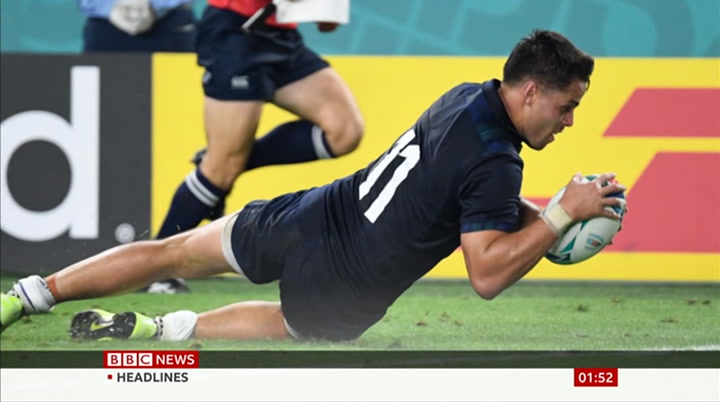 there was so much pressure on scotla nd there was so much pressure on scotland coming into this game against samoa, defeat was not an option and then you they do notjust have to win, but they had to score four tries in the process, that would yield that all—important bonus point and give them the best chance of progressing from pool a which is wide open at the moment. nerves in the stadium, the conditions were against them, it was very hot and humid in there, butjust as the anxiety was beginning to build, there was fin rustled with a wonderful crossfield kick to pick up sean maitland, and that got them up and running. and greg picked up another try before the score was 20-0. another try before the score was 20—0. after the break, two penalty
1:53 am 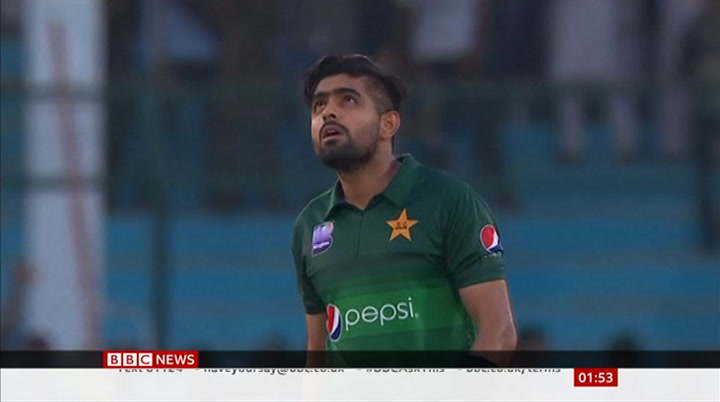 disappointed that when we batted, the first game, but unfortunately, they showed us some hope, but that is the way it goes. and finally, before i go, novak djokovic returns to tennis this week at the japan open, but before that, the world number one has been taking some of the local culture in tokyo. one of the country's biggest draws is of course sumo wrestling, so the serbian decided to have a go for himself. he may be top seed in his sport, but but i think he comes up short in the ring with this lot. the locals didn't look too impressed either. he might be better sticking to tennis. that sticking to tennis. all the time we have left for 110w. you can get all the latest sports news at our website — that's bbc.com/sport.
1:55 am 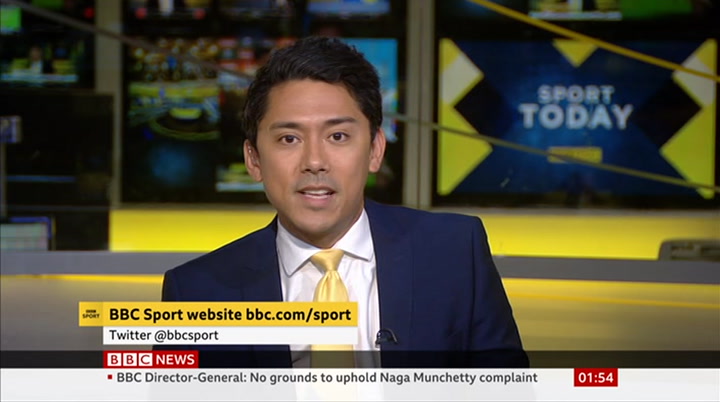 including a comprehensive report of manchester united's one all draw with arsenal. but from me, marc edwards, and the rest of the sport today team. goodbye. hello again. the average height of a uk two story building is around seven metres high. imagine then just if you can for a moment, waves that are three times that height at around 22 metres high, that's the kind of size of waves we are looking at generated by this hurricane, hurricane lorenzo, with its 105 mile an hour sustained winds. lorenzo is tracking in a north—easterly direction, most 20 metre high waves are what we could see battering the western azores as we go through tuesday night as the hurricane passes very close by. after that it turns into a normal area of low pressure and will end up close to the british isles but there is some uncertainty
1:56 am 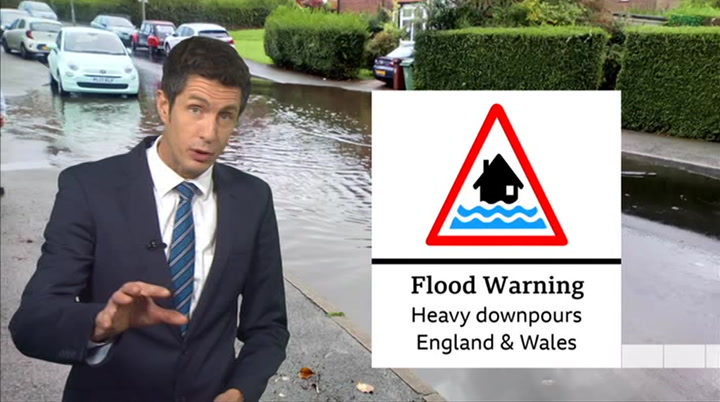 as to where it ends up. the main focus in the uk is on the continuing flooding threat across england and wales after the recent heavy rain that we have seen and the extra rain we have got that will fall to the rest of the day today. we have got rain with us already for northern england and northern ireland, heavy showers packing in across wales and south—west england, something a bit drier in scotland but also a bit colder and some showers around as well, they are just not as angry. to the rest of tuesday what will happen is these heavy showers and thunderstorms across wales and south—west england will have the start of the day, they wanted to push eastward with time across the midlands into east anglia and south—east england. the showers could bring around 30—40 millimetres of rain in the space of a few hours, so given the ground is completely saturated, that rain could cause some localised surface water flooding problems and some quite nasty conditions out of the road. apart from these heavy downpours, it is relatively mild to the south with temperatures up to 90 degrees, but notice the green colours
1:57 am

were northern england, northern ireland and scotland as the air continues to get colder. there will be subsided in a few showers for northern scotland. overnight the rain clears away some will become drier, showers will feed in across northern scotland, but for many of us will be really quite a cold night. heading into the early part of wednesday morning those temperatures will be well down it single figures, and indeed some places in the countryside, they will be pockets of frost. heading into wednesday, northerly winds, pushing the colder air right away southwards reaching southern parts of england and wales, but at least it will be a dry day and that will allow some of those floodwaters to slowly add away. not entirely dry, some showers were northern scotland and wanted or two sneaking down the eastern coast of england, a coolerfeeling day, temperatures in london around 14 degrees.
1:58 am 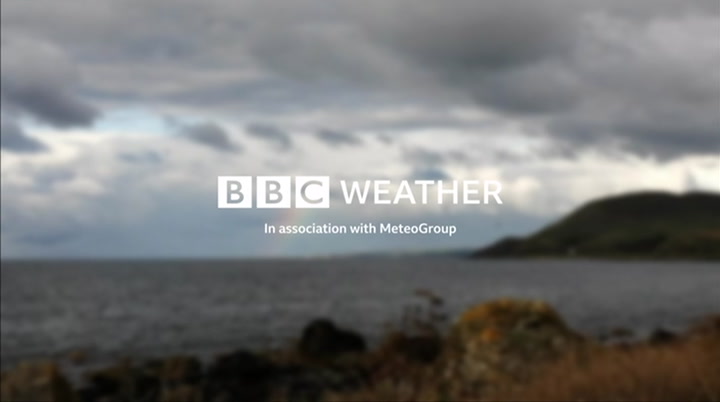 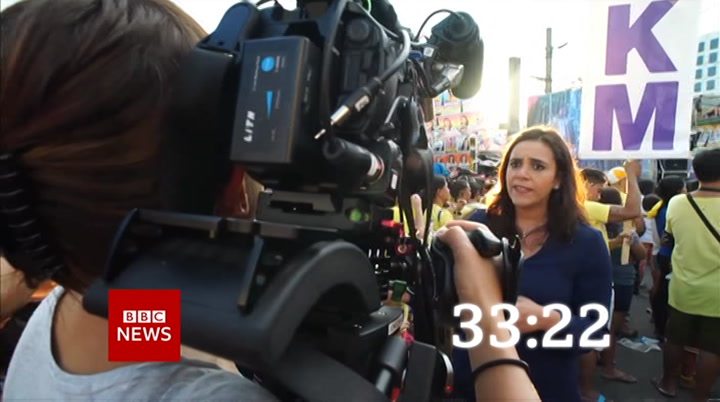 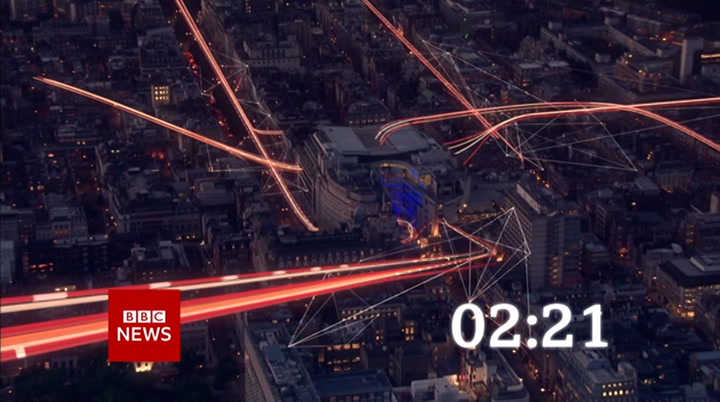 welcome to bbc news — i'm mike embley. our top stories: president trump's personal lawyer is ordered to handover documents on ukraine as part of the impeachment inquiry. 70 years of the people's republic — china's anniversary celebrations are set to get underway with a military parade and a presidential speech. the british government says it has drawn up an updated brexit deal and is getting ready to put it to the eu. and we've a special report from madagascar where child prisoners are held in terrible conditions for stealing vanilla beans.
left
right
disc Borrow a DVD of this show DVD
tv