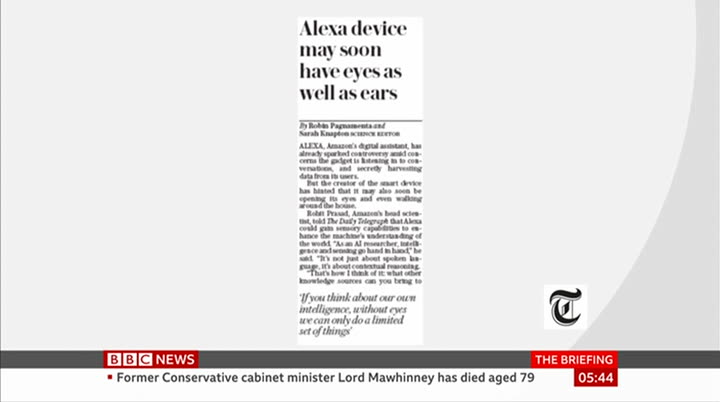 on the front page of the daily telegraph, after its creator hinted to the newspaper that future versions may be able to see and move around your home. and today is remembrance day, 11 november — yesterday, of course, was remembrance sunday and many of the newspapers, like the daily mirror here, are showing pictures of commemorations led by the queen in london. with me is cornelia meyer who's ceo of mrl corporation, a business consultancy. in spain, a fourth election in as many years and this one it seems has not helped in delivering a government majority. it has not, and we are where we were before, in the uk we would say a hung parliament. the socialist only lost very
5:46 am 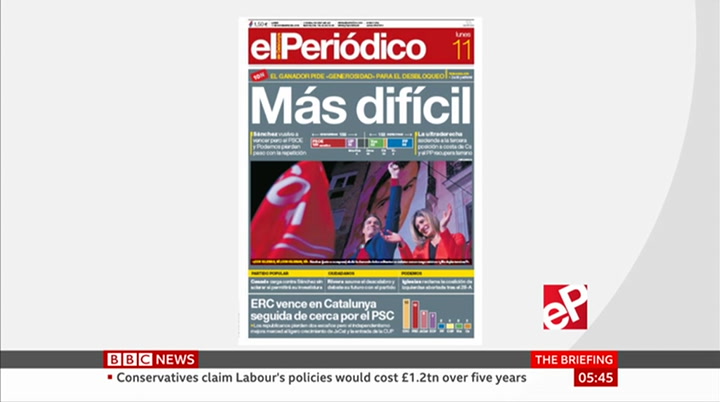 marginally, they are at 120 seats, but their normal putney would be podemos, with them they would not get the 176 seats required, the right has also done well but they do not have enough seats. there will be lots of negotiations. it is a story all over europe, we had here with 2017 by theresa may, we had in germany, and is, we have had it in italy, it is a european story. it is a european story where we have many key countries, as you mentioned, with coalition governments. france was the one that bucked the trend with a brand—new party created by emmanuel macron. but we will see what the next election will bring because the by—election has proved not all is that wealth up you mention the fact that in spain the conservative popular party came in second, but what is interesting is that the right wing party vox did
5:47 am 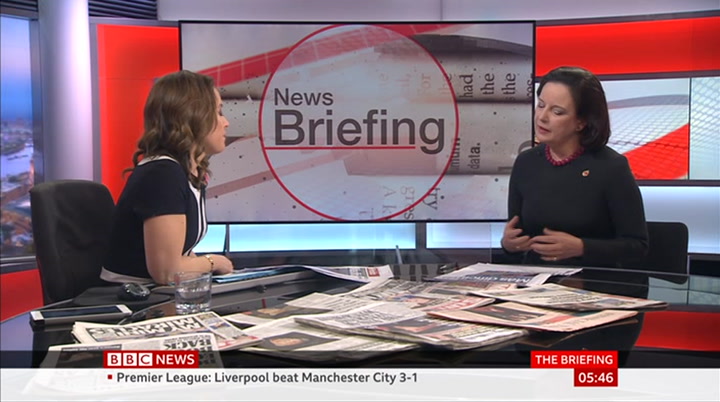 extremely well. there was a surge to vox. they are very anti—immigration, spain is in the mediterranean and you always see the ships with the refugees come over, $0 you always see the ships with the refugees come over, so this is at the end of summer. again we see, we see that in germany, with afd also getting up. it is a really european theme, and if they cannot figure out how to build government, they will have a third election in one year. that is quite tough. and there would be election fatigue surely, because when you look at the turnout, just over 50% of people voted in this election, prime minister pedro sanchezis election, prime minister pedro sanchez is desperately calling on those who commit those other parties, saying we have to form a
5:48 am 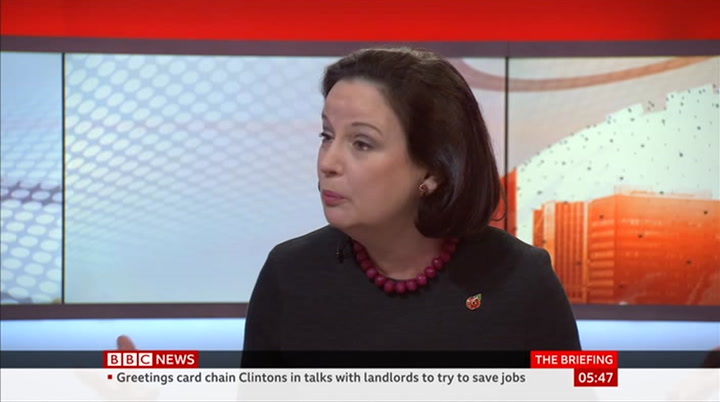 government. it is getting ridiculous, and what is the matter with europe... issue with spain as you have the independence of the cata la n you have the independence of the catalan region, there are so many specific issues... absolutely, and also the way that catalan independence was handled was what would basically and the last government, the more right wing government. —— end. they will have to figure out somehow, or they will have another election. let's now look at this story that our chief environment correspondent has done, it is on bbc online, and has been on the television overnight, it is a panorama investigation that has discovered airlines are notjust british airways, although british airways is named, because of
5:49 am 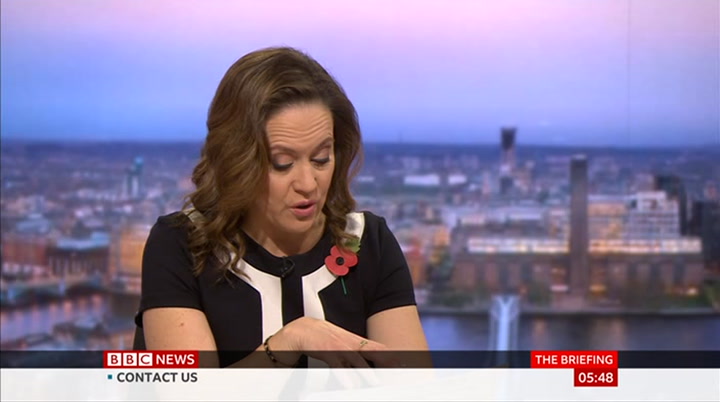 something called" fuel tank during —— tankering", they generate more carbon dioxide. this is a industry thatis carbon dioxide. this is a industry that is saying it is trying to become more sustainable, but to get to carbon neutral that is a long way away. in their defence, it is very, the industry will probably never be carbon neutral, but in their defence it is so hard to run an airline, because everything is, now they have the carbon emissions, but when the economy is good, fuel prices go up, because people fly. when the economy is bad, people don't fly. people will always fly. fewer people, people will buy less tickets. it is
5:50 am 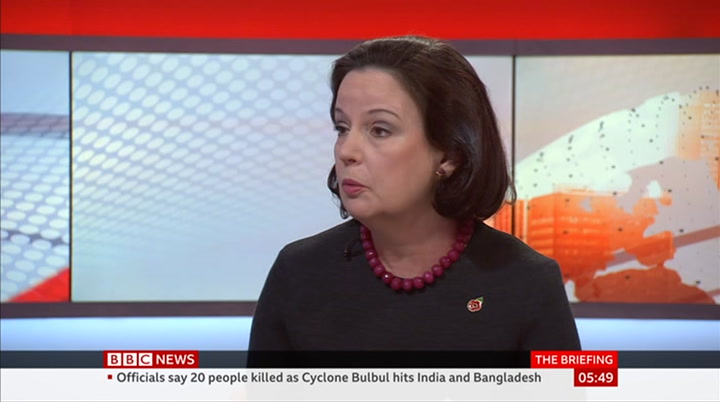 incredibly hard to generate a profit in this industry. the aig group has done remarkably well in terms of generating profits, but look at how many airlines went under over the last ten years. fuel tankering is this issue where they fill up with extra fuel to avoid paying high prices for refuelling at destination airports... what they claim, what they claim is, british airways, or they claim is, british airways, or the airlines claim, is that there may also be operational reasons, we have to be fair, that is what they claim. but the question is, how much do you say —— save? the numbers say they say very little and put that burden on the environment. it is a ha rd burden on the environment. it is a hard one to grasp, right? it is tricky because it talks about the pack this that is done, this fuel tankering on european roots could result in additional greenhouse gas emissions equivalent to that
5:51 am 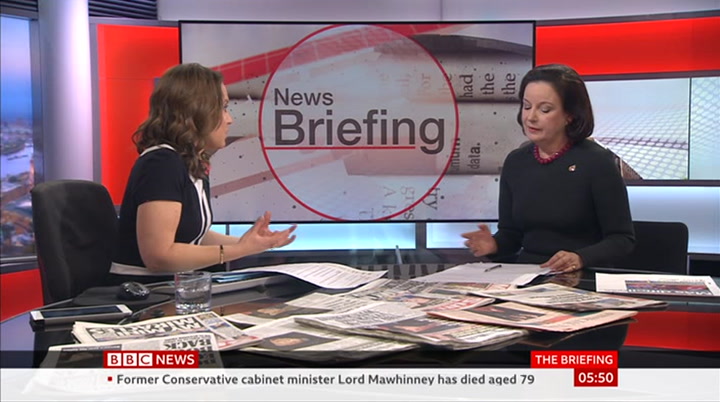 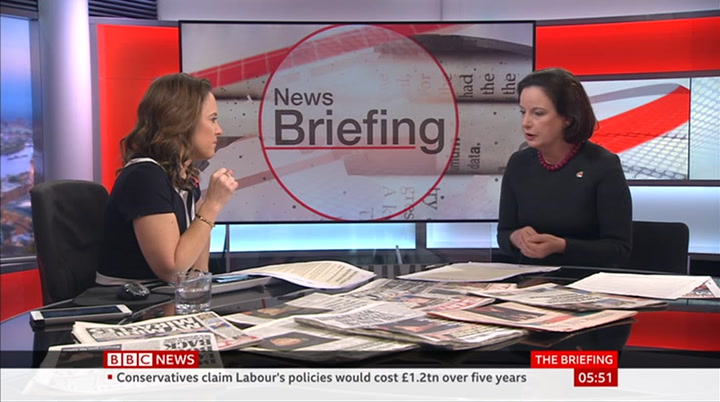 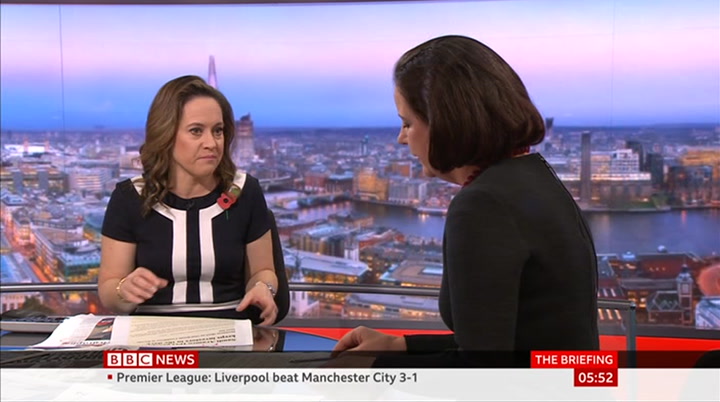 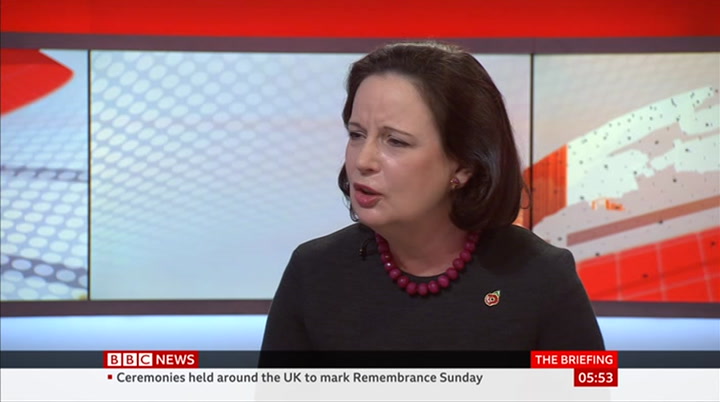 unplugged. were you secured -- concerned about security and what was happening to your data? that was one thing part, but it was annoying that this thing talk to me. what do you think about the idea that this thing could see and move... that is a huge thing for privacy data, a huge problem as i see it, but there may be some applications where it is not bad, if you think of elderly people that live alone, it could be good, if the person fell or something. all right, thank you so much cornelia, it has been great to have you with us. and we did not get to talk about the fact that today is november the 11th, armistice day, with the celebrations taking place, the commemorations i should say, taking place at the cenotaph yesterday here in central london with many different pages with pictures of the queen who is there, i will see you soon.
5:55 am 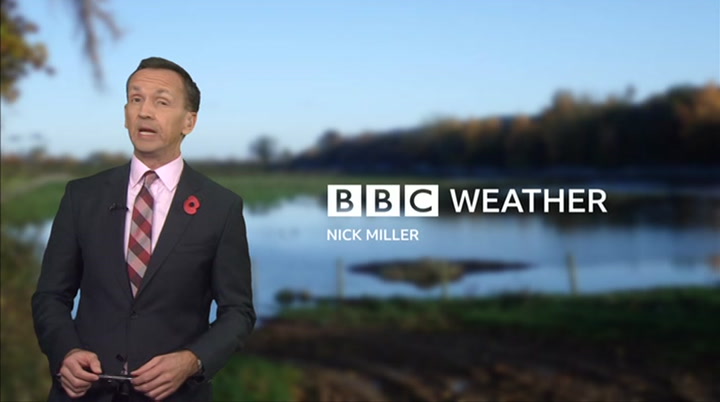 don't be fooled by sunday's sunshine. there's more rain on the way this week, and to areas that really don't want any more. this is how thejet stream's looking this week. it's taking aim at the uk. it's on a more southerly track than it might be at this time of year, nestled within these dips, we find areas of low pressure bringing wet weather, and the uk is staying on the northern side of the jet stream, and that means in the cold air. a chilly week to come. so this is what we can expect this week from this weather pattern. i'm afraid low pressure will be around with further rain at times, cold enough for some hill snow. it will often be windy, low pressure, temperatures below average and frost occasionally overnight. and this is how we're starting the day. a wintry start to the day across northern parts of scotland. we've seen wet weather throughout the night, the bulk of that clearing away. it has delivered some snow to relatively modest hills north of the central belt in scotland, so could be quite tricky over some of the higher roads first thing. the bulk of the wet weather just clearing away from eastern parts of england.
5:56 am 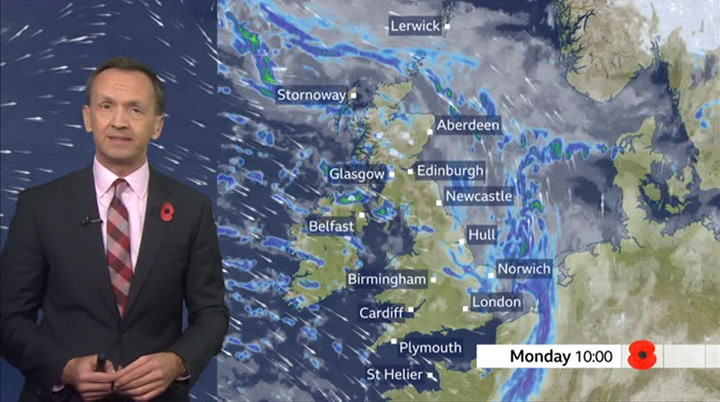 could be some gusty winds with that, as it clears. then following on behind, yes, brighter skies, sunny spells around, but there are these showers, most frequent towards the north—west of the uk. heavy, thundery, wintry on hills, could see some hail as well. pushed in on brisk north—westerly winds, some will travel all the way east and south across the uk, but relatively few across southern and eastern parts. so in the afternoon, more on the way of dry and sunny weather to be found here. temperatures for the most part in single figures, feeling colder than it did on sunday, because there's a stronger wind. 0vernight and into tuesday, see the showers still keep on coming in here, some clearer spells to the south and east. all down to this area of low pressure still close by on tuesday. it's likely to push a longer spell of wet weather south across the uk, and from monday into tuesday, we will see the rain totals mounting into the peak district, some snow to the high hills here, but that could influence the flooding. so we will keep an eye on that. there is the spell of wet weather moving south on tuesday, what is clearly another cold day. a bit of a lull to start wednesday,
5:57 am 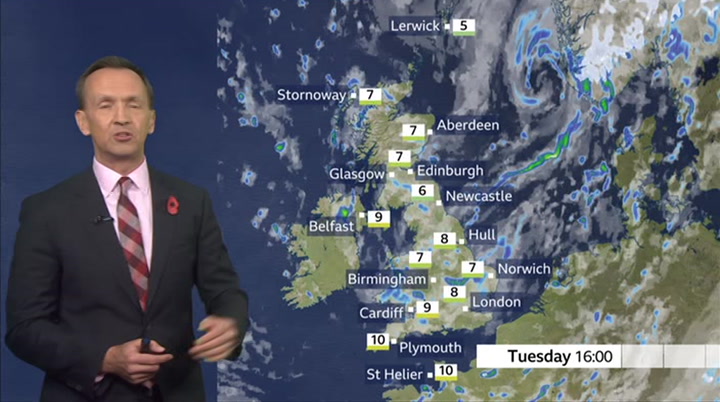 with frost and freezing fog patches, but another area of low pressure comes in, some wetter weather for northern ireland, wales, south—west england on wednesday, then thursday, this band of rain sitting through parts of england and wales, and it could well be raining in some of the areas seeing the worst of the flooding at the moment. flood and weather warnings in force, details on our website. if you're concerned about more rain where you are, you do really need to keep across the forecast as we go through this week.
5:58 am 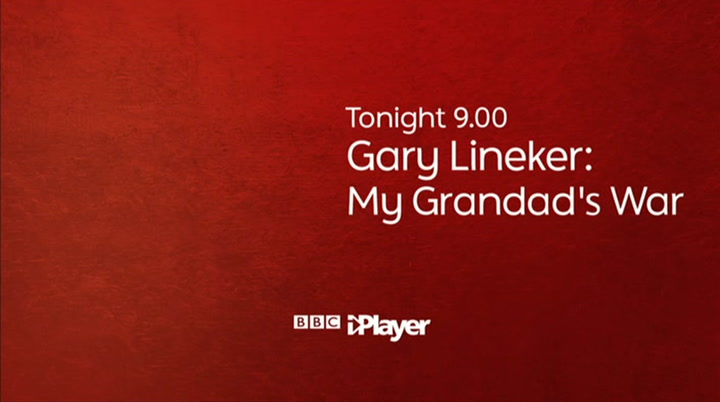 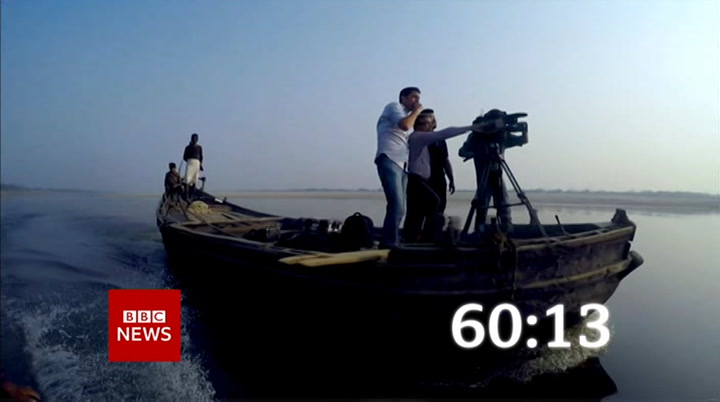 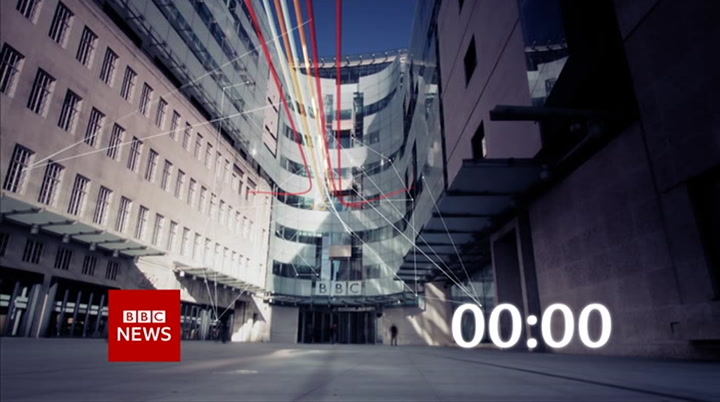 good morning. welcome to breakfast with dan walker and louise minchin. 0ur headlines today: british steel saved — the company agrees a £70 million rescue deal with a chinese firm. the move will protect 4,000 jobs at its scunthorpe and teesside plants, and up to 20,000 in the supply chain. an raf helicopter and army engineers are sent in to help in yorkshire with more flooding expected this week. today we have rain moving from the west towards the east. that will clear and then heavy blustery showers with sunshine in between. the weather this week remains u nsettled.
left
right
disc Borrow a DVD of this show DVD
tv