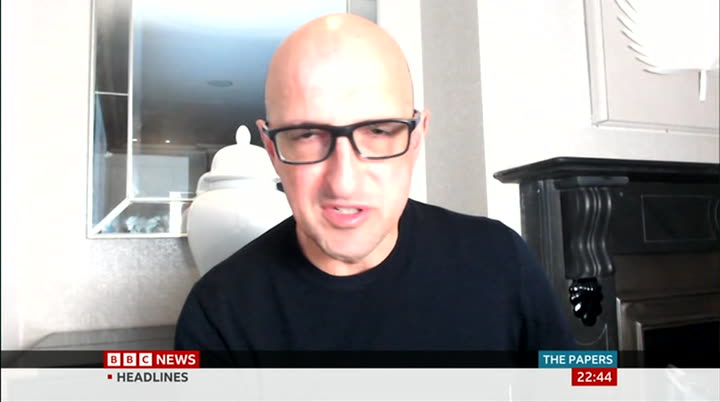 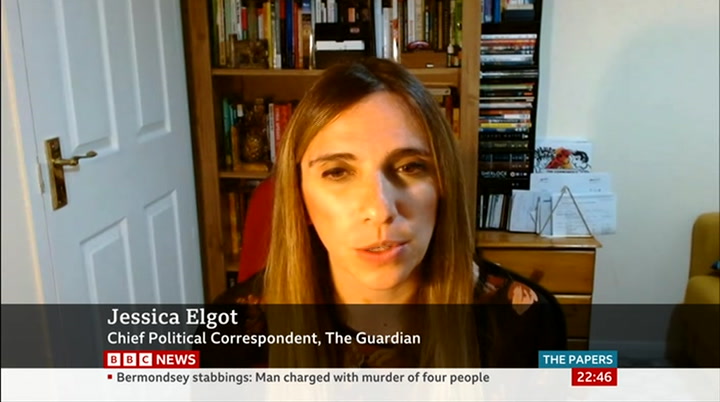 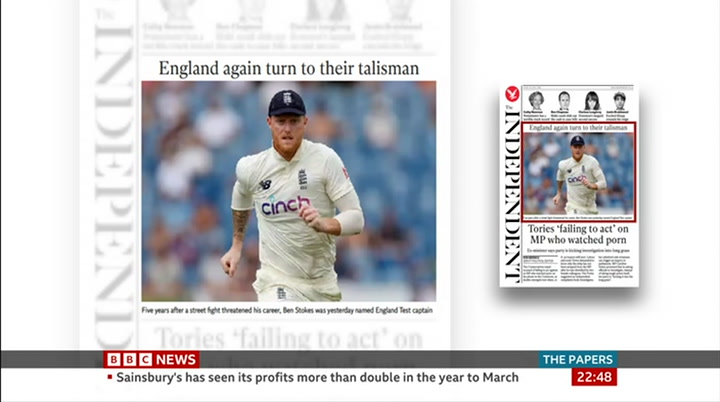 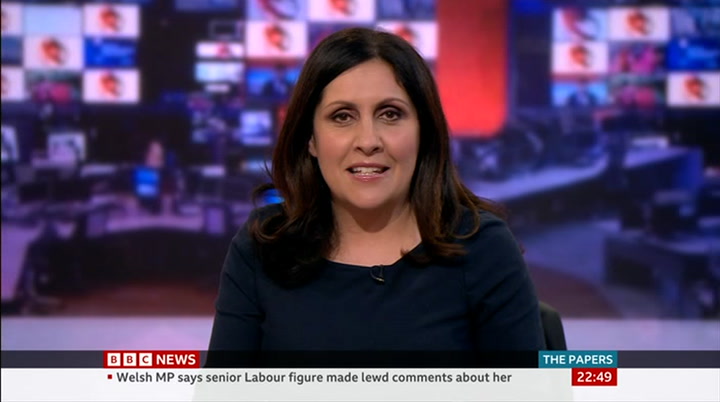 will be back again at 11:30. don't go anywhere. sports coming up in a couple of minutes. good evening i'm tulsen tollett and this is your sports news and it was a big night of european football, west ham and rangers were both looking to make history against german opposition in their europa league semi—finals. joe lynskey was watching. for the first time in a while west ham store is a nice fell flat. beat in the first leg by frankfurt but it could still change. over two legs there's so much time but the german opponents were in a hurry. frankfurt scored in the first minute and 3000 fanatics made the noise in east london. but to get this far west ham has been resilient. on the stretch
10:51 pm 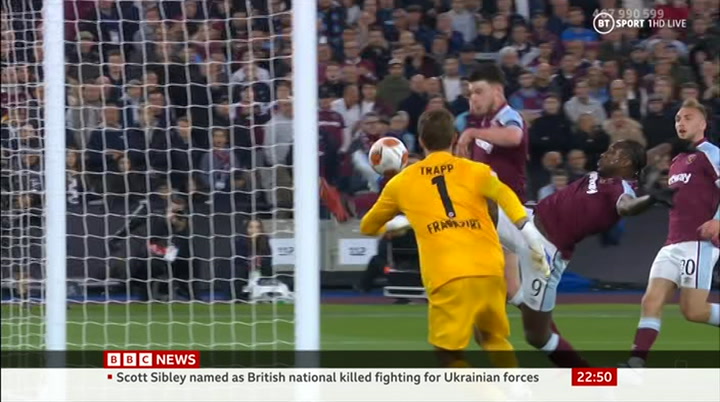 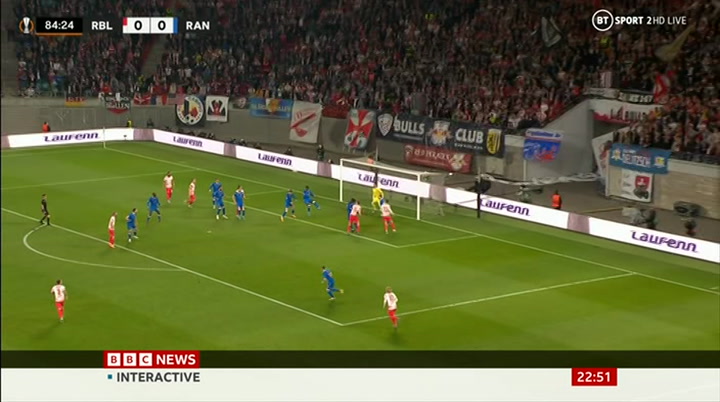 best chance of the match but then scored one from distance. only a great goal broke the rangers resolve and now they know what's coming. in the noise back home at i boxed this team believe that a one goal deficit can still be turned round. so in glasgow and in london the last four started flat but they are is still hope. and in the europa conference league — the third tier of european club competition — it's all square after the first leg between brendan rodgers' leicester city and jose mourinho's roma. roma took the lead in the first half, a through ball found lorenzo pellegrini in space in the penalty area, and he beat kasper schmeichel. but leicester got themselves back into contention after the break — ademola lookman pressured roma defender gianluca mancini into putting the ball into his own net. so it's i—i going into the second leg in rome next thursday. manchester united will have to win their last three league games to avoid their worst points tally
10:53 pm 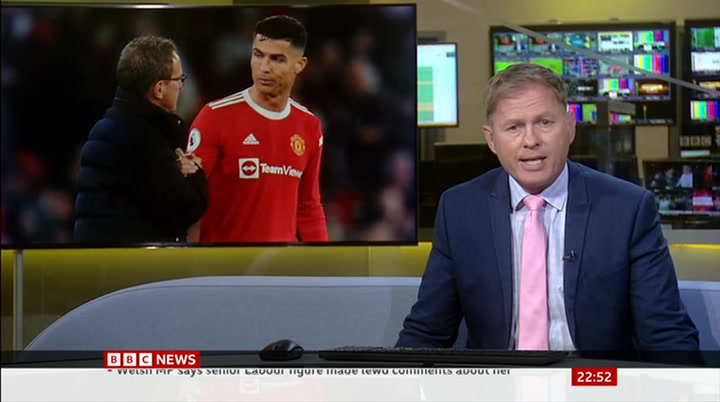 in the premier league era after drawing 1—1 with chelsea this evening. despite dominating much of the first half it took chelsea an hour to break the deadlock at old trafford. marcos alonso eventually finding a way past david de gea. theirjoy was short lived though. just two minutes later cristiano ronaldo bagged his seventeenth goal of the season to rescue a draw for united. they remain sixth, five points behind arsenal in fourth, but having played two games more. staying with united, their interim boss ralf rangnick is considering an offer to take over as austria's national coach. i will definitely continue after the end of the season with my consultancy role, this is what we have agreed between the club and myself. that will be happening and am very much looking forward to that was obvious, this consultancy role will give me some time and space for otherjobs.
10:54 pm 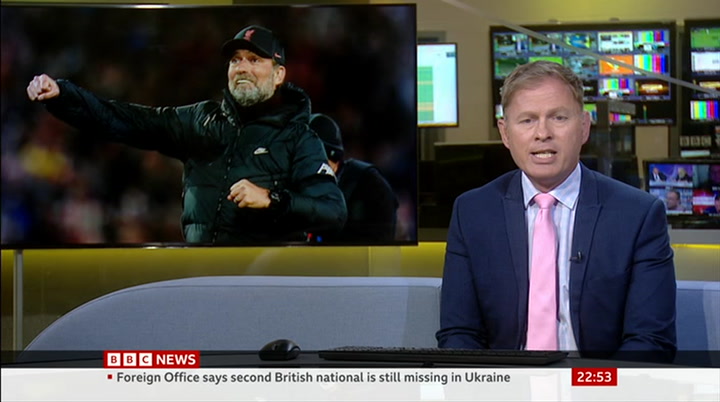 liverpool managerjurgen klopp has signed a contract extension that will keep him at the club until 2026, meaning his plans to take a break in 2024 at the end of his original deal have been put on hold. the sa year old german manager joined the club in 2015 and since then has guided them to their first league title in 30 years and also a sixth european crown. his side are still on for a quadruple this season — they've already won the league cup, are in the fa cup final, have one foot in the champions league final, and arejust a point behind manchester city in the premier league. chelsea's women stretched their lead over arsenal at the top of the women's super league to four points by beating tottenham 2—1. beth england's opener was cancelled out by kerys harrop's equaliser before sam kerr struck the winner for the blues. chelsea have played a game more than title rivals arsenal, but will secure a third consecutive league title if they win theirfinal two games. ben stokes has told the ecb that he expects james anderson and stuart broad to come back into the england reckoning after they were dropped from the tour of west indies earlier this year. stokes's first series
10:55 pm

as the new test captain will be against new zealand injune. the 30 year old all—rounder takes over from joe root who stood down earlier this month. everything that's happened will stand him in good stead for what is now going to do and is also at the point where you end up maturing, like we all do when you get a bit older. and you start understanding where you have to box level at times it had to go out there and you have to make sure you notjust going out there being superman and doing everything you possibly can, you gotta learn to delegate. all that type of stuff. and that's what ben stokes will do. and that's what ben stokes will do. the world snooker championship saw the semi—finals under way today in sheffield, six—time champion ronnie o'sullivan taking on four—time winner john higgins in the evening session. despite trailing 3—1 at the mid session interval the rocket turned it around after the break finishing with a century break for the packed crucible crowd, and the players will now resume tomorrow afternoon all level at four frames each. earlier, the 2019 championjudd trump made a fantastic start against the three time winner
10:56 pm 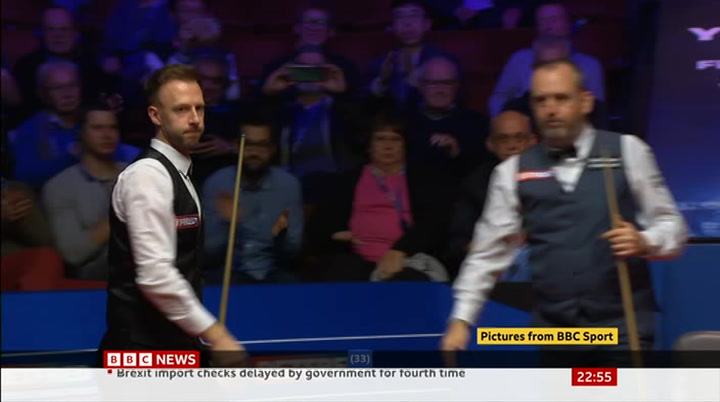 mark williams — and leads 7 frames to 1 after the first session. they'll return tomorrow morning with seventeen frames the target. huddersfield giants bounced back from successive super league defeats to win14—12 away to wakefield trinity. it took until late in the game but theo fages kicked through for ricky leutele to pounce on it and hand ian watson's side victory which lifts them up to fourth. for more on that and everything else she could head to the bbc sport website. and that's all the sport for now. hello. much of the uk's been stuck under cloud today, and especially for the midlands and northern england, it's felt quite cold. just single figure top temperatures in a few spots here. whereas in some sunshine in north east scotland, up to around 16 degrees. high pressure still here. that gives another mainly dry day tomorrow. weatherfronts, though, approaching for the weekend, so there are some changes
10:57 pm 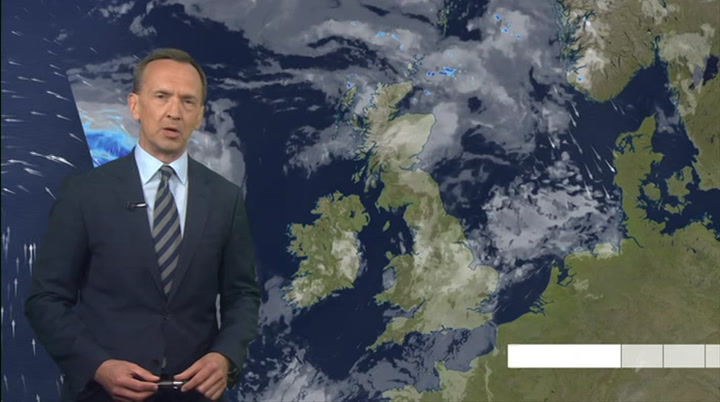 on the way. we'll look at that in a moment. some of the cloud that's built today will clear into tonight. keeping quite a bit, though, through eastern parts. northern and eastern scotland and perhaps south east england, the chance of seeing a shower, but most here will stay dry. in terms of frost, well, the blue indicating where there's a chance into the morning, northern ireland, southern scotland and northern england in particular. and overall tomorrow, it's looking like a brighter, sunnier day. still be a lot of cloud across east and south east england that may well take much of the day before we see it clears away and allows some sunshine to come through. but elsewhere, with sunnier skies, it'll feel warmer, up to around 17 degrees in glasgow. central and eastern parts of scotland just picking up a few showers into the afternoon. now, earlier these showers will fade away on friday evening, then getting into friday night, we see the rain just edging in from the west. and that is connected to that weather system, weatherfronts and rain moving in for the weekend, initially into scotland and northern ireland. some decent rain in places here,
10:58 pm

and that will move southwards overnight into sunday, will weaken as it does so. so, there's a hint of a little rain in parts of wales and england, but probably not as much as many people would want right now. so, here is the weekend. saturday first, and the rain moving into northern ireland, scotland, heaviest in the west, into parts of northern england, north wales later on. ahead of that, some sunny spells, turning increasingly hazy, and this is where we'll see the day's highest temperatures. as we saw earlier, this system moves south overnight and into sunday. still has some showery rain before petering out on sunday from wales and england. a lot of cloud left behind. some sunny spells developing in scotland and northern ireland. with a chance of a shower, it'll be a warmer feeling day on sunday. whereas actually by then, in wales and england, it'll feel cooler with the cloudier conditions. now, on monday, a lot of cloud around, a few sunny spells for the bank holiday, you may pick up a shower, most won't. a greater chance of showers on tuesday. before then, as the week goes on, a new area of high pressure moves in, and that means a lot
10:59 pm 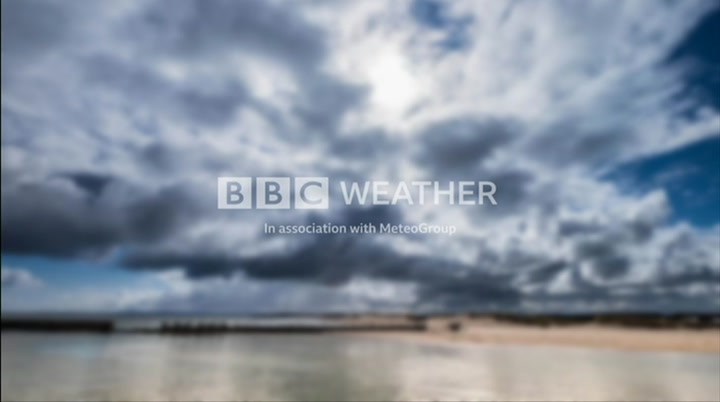 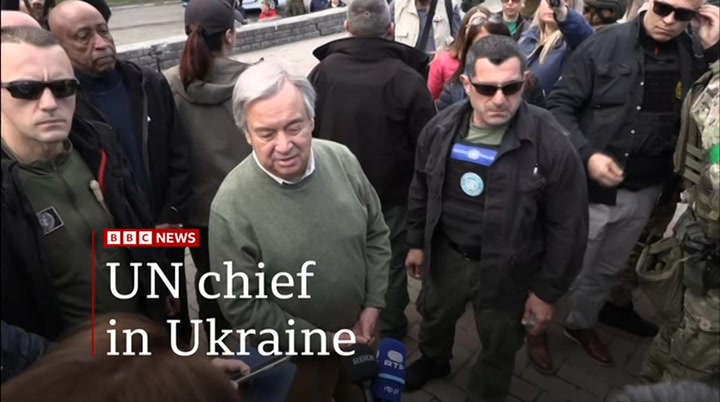 welcome to newsday, reporting live from singapore. i'm karishma vaswani. the headlines: the head of the united nations sees for himself the price paid by civilians during russia's invasion of ukraine. the war is an absurdity in the 21st century. the war is evil. president biden has asked the us congress for $33 billion in extra support for ukraine. we'll be speaking to the former us envoy dennis ross about what that might achieve. also coming up on newsday: we report from shanghai, where the government has made a small concession to the zero covid strategy. and indonesia bans palm oil exports, but will it really
11:01 pm