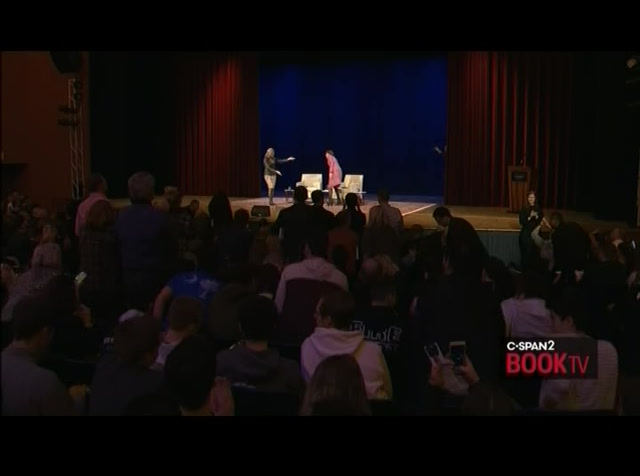 [applause] [cheers and applause] >> from the eighth congressional district what are you reading? >> first a multi- volume set about abraham lincoln and the political right and i love reading all the lincoln books i can get my hands on but a political journalist and reporter and a political actor
12:48 am 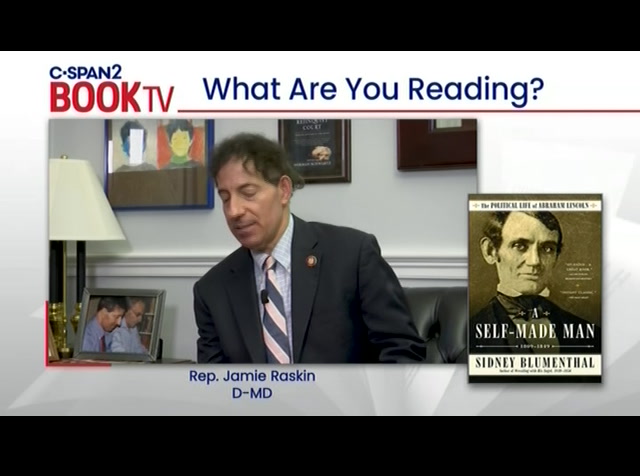 and speechwriter he looks at the enormously sympathetic portrait as a politician and how he came to form his political values and his habits and had a real sensibility of how to approach the foundation of that was strongly held moral conviction. and then to tell the story of lincoln telling people and how his father rented him out as an indentured servant to do work on other people's farms in the backwoods country of
12:49 am 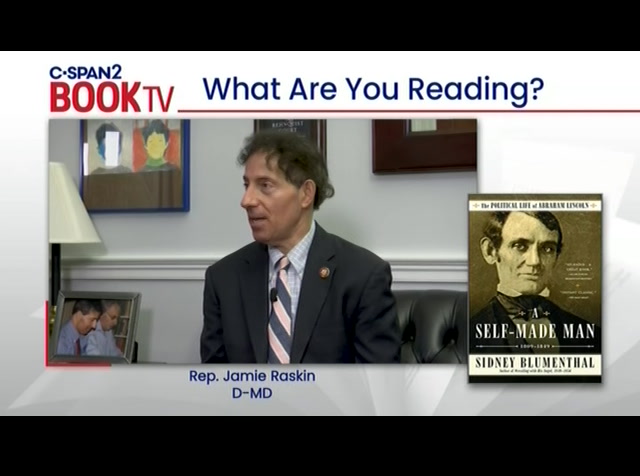 kentucky. and then the money was taken away from him and then what that meant to pill for somebody else's labor so unlike other white politicians whether they were anti- slavery abolitionis abolitionist, he talked about slavery from the standpoint of the slaves and what it meant to have their time taken from them and their family lives disrupted. so lincoln was a political actor but there was a core to everything that he did. he was not formally educated
12:50 am 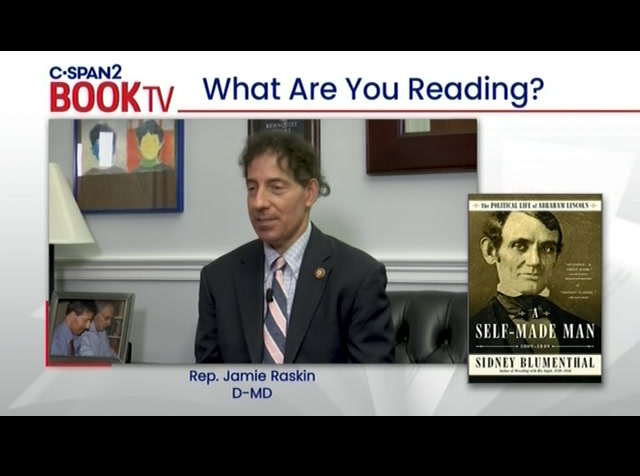 but then he found his way pretty quickly and became a big fan of tom paine and shakespeare and of course the bible that came in handy politically when he tried to combat the argument of the christian churches with slavery. to say that was sanctified by god in the bible. so he could hold his own on the religious front for basically the arguments of political philosophy of a crime of slavery against humanity. so the first book is all about his childhood growing up how he first got into politics and stephen douglas would be his rifle throughout his career he
12:51 am 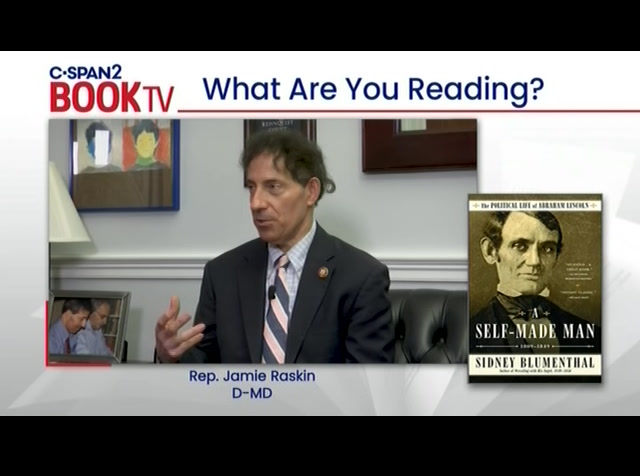 made a deal to run for congress just for one term so he spent that term in office fighting the mexican american war and challenging president polk about the justification for that war and he earned the nickname spotty because he want to know the spot allegedly where the americans attacked because he was very antiwar to call them basically with the enemies of the country that was a constant trope for the mexican american war. so this sets the stage so that if you have me back in the summer time reading than i can
12:52 am 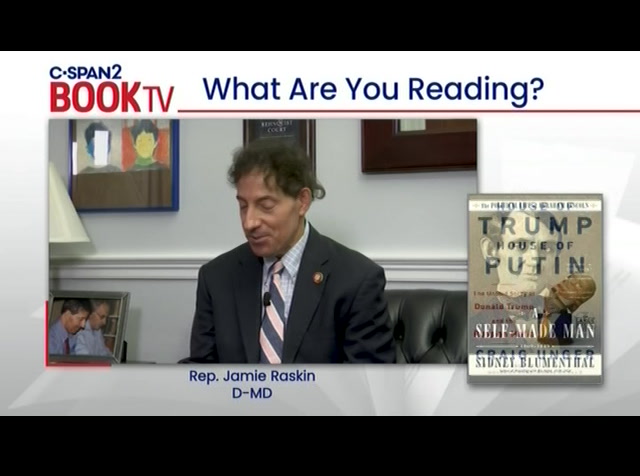 tell you about that one. but this is the book i'm reading right now the untold story of donald trump and the russian mafia from a new york times best-selling author. it's an extraordinary book and apologetic - - unapologetic and how businessman donald trump went bankrupt because no bank would lend to him anymore so he ended up connecting with the russian underworld and the mobsters and the money started to flow in from russia with those oligarchs that were looted from the russian treasury and then that many came into the trump tower and the trump hotels and other
12:53 am 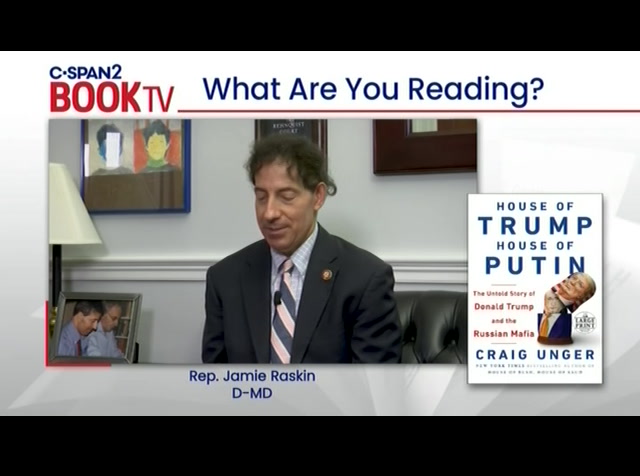 investments as well as a description of what took place. in for how the presidential election got derailed and hijacked with russian interference in 2016 and russian money came in for the purposes of surveillance and the dnc and the direct attempts to interfere in the election systems. and putin paid for the greatest active measure. without research agency and
12:54 am 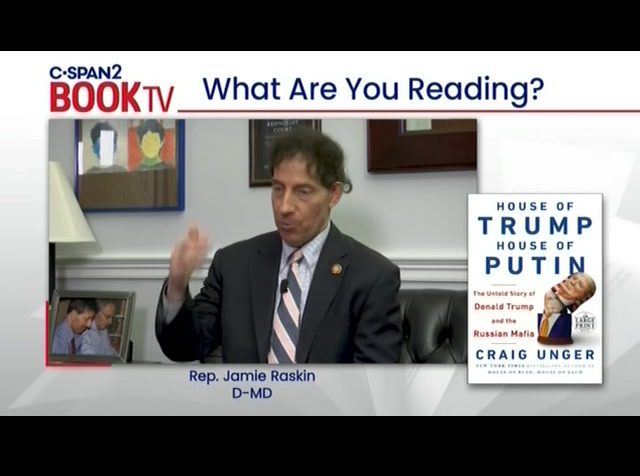 maybe will create to exacerbate the decision on - - those decisions with the political party basically with all of the polarization it is an extraordinary story in the broader sense it is a story of how our attempt to create honest democratic government has been undermined that is as old as the republic itself to create a government that is an interest of the common good not just the one person who gets into office then uses the government for self-enrichment with his family and friends and associates. that struggle is continuing in america today.
12:55 am 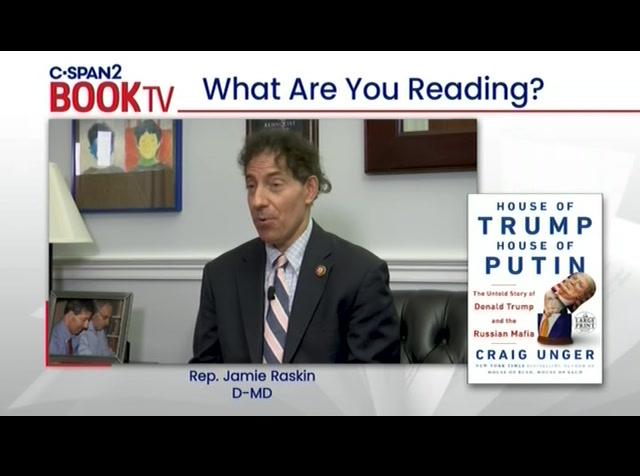 it talks about the nra how they went from being a moderate middle of the word road pro organization to promote gun safety and all the boy scouts and girl scouts have their nra badge and how it went from that organization to basically a bought and paid for instrument of the republican party of right-wing politics and the goal is no longer reasonable gun legislation but to drive a wedge between the metropolitan area in the rural area. that is a division that is now festering in america back to
12:56 am 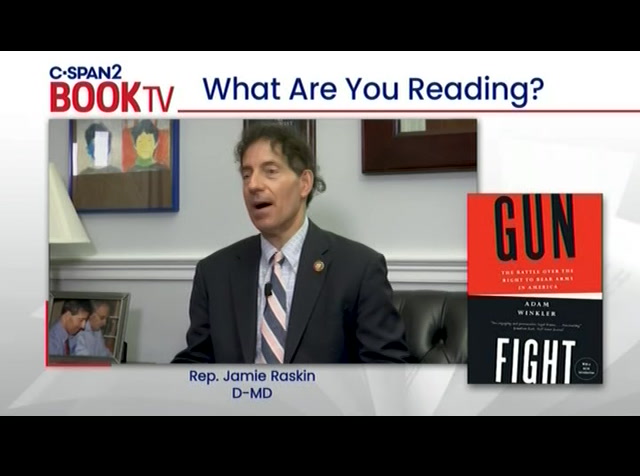 the other book that the russians profited to exacerbate in the 2016 election to drive a wedge between people in the metropolitan area for whom gun violence is a daily threat and those who don't deal with as much gun violence and believes it's more culture. it's a difference in view but it could be worked out with the laws and regulations that we develop the vast majority of american people want a universal criminal background check that is reasonable common sense regulation that the nra no longer supports but it is fascinating going back to the beginning of the
12:57 am 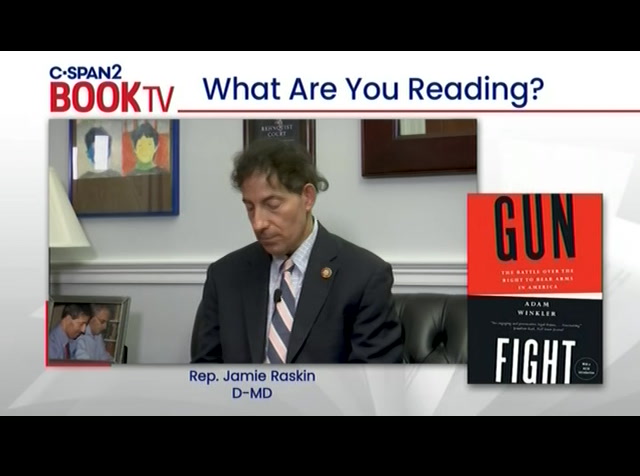 republican last is this wonderful book the first congress how a group of extraordinary men and i've always been interested in the congress because the decisions made by the first congress in terms of the meaning of the constitution that they were there first when the constitution was written so of course a lot of members with the declaration of independence. but in new york james madison describes congress to be in a wilderness of no path forward
12:58 am 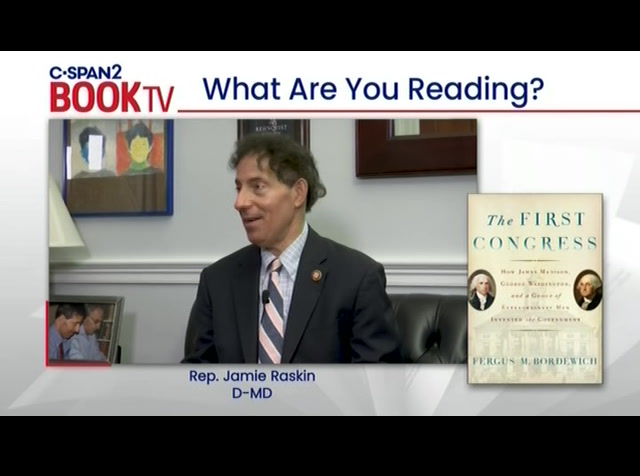 had ever been written before so they had to decide on the politics surrounding the decision to locate the capital on the banks of the potomac from the general assembly and for congress to build a capital there. but also the question of the committee system and what would the rules be. about the standing government and madison became and then to think we didn't really needed
12:59 am 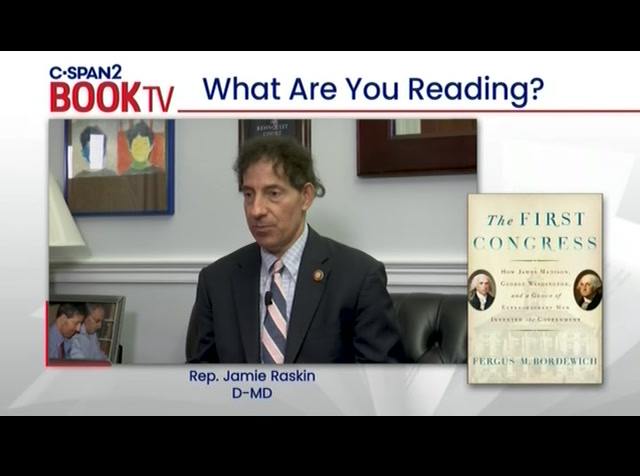 it. with the anti- federalist that the central government would become too powerful. it is a fascinating story than the author of the gerrymander which help to get rid of in this congress he makes a number of appearances in the book. and then to be part of the architect of the big compromise and those that were represented according to population in the senate and each state would get two senators. there are a lot of fascinating details about our political history is called the first
1:00 am 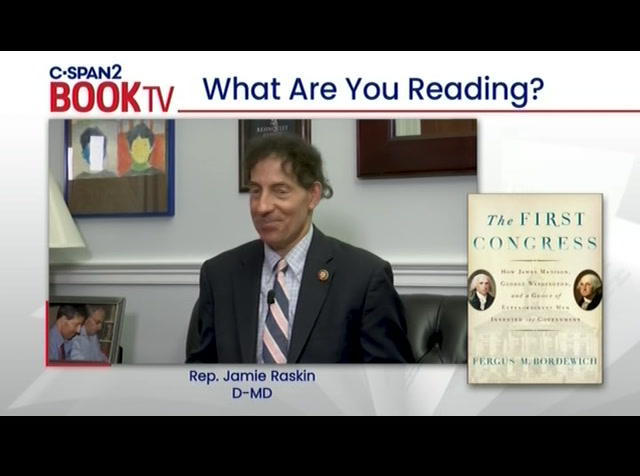 congress. >> thank you for your time. >> thank you for having me. >> now we have the main event. have the pleasure of introducing who needs no introduction but we will do this anyway. the last time david was a featured speaker june 2004 senator george mitchell was presidt
left
right
disc Borrow a DVD of this show DVD
tv