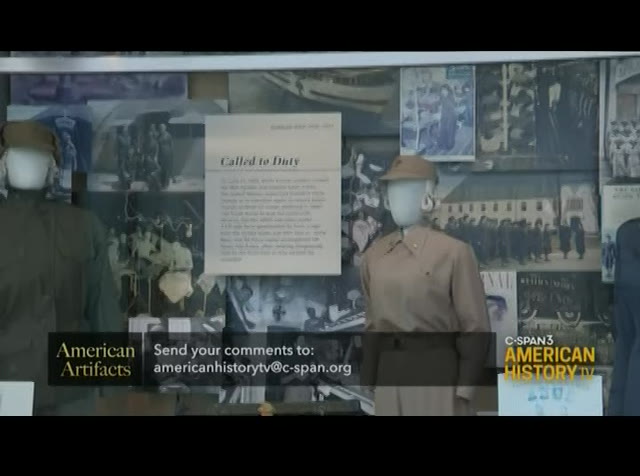 two-part look at the women's memorial. in part two we will pick up the story by learning about women service during the korean war. you can view this and all other american history tv programs at c-span.org/history. >> up next, author maryland darnell shares the story of r.e. integral roled an in the development of san luis obispo. >> i get the sense that he was a little bit of a force to be reckoned with. as as already recognized prominent rancher. in 1894, he was successful in bringing the railroad. i believe that to be his major contribution to his community.
10:37 pm 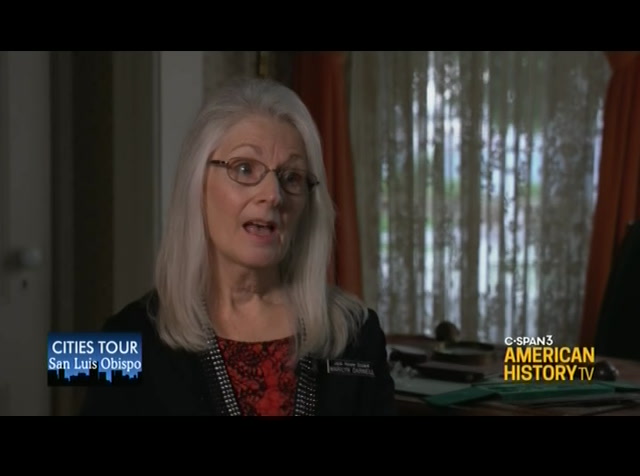 1993, i was new to the community by one year. realizeds house and that it made a difference. this house is on the national register of historic basis for the contributions that mr. jack made to this community. i realize i did not know anything about the beginning of his life. we did not know anything about his family, other than his father was a sea captain. we knew he was from maine, but we did not know where he was in the family. so, my research and his letters brought all of that to life. what really made me decide to wasish all of his letters the letter dated april 19 of 1865. he is writing his parents that they had just received the news
10:38 pm 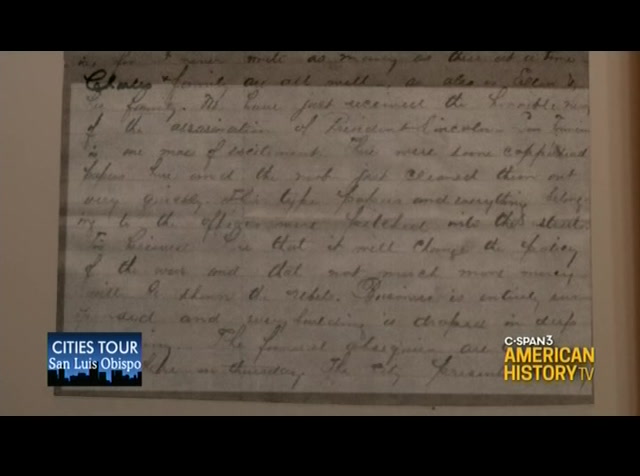 of president lincoln's assassination. we just received the news of the assassination of president lincoln. san francisco is one mass of excitement. there were some cover had papers here, and the mob clean them out quickly. they are typed papers and everything belonging to the offices were pitched into the streets. it is believed here that it will change the policy of the war, and that not much more mercy will be shown the rebels. business is entirely suspended, and every building is draped in deep mourning. on funeral will take place thursday in the afternoon. we have just received the news of the surrender of johnson's entire army. the people seem to be pleased to receive the news, but it has not taken away the sorrow from the continents, or created anything had the enthusiasm, which an up and for this calamity, the
10:39 pm 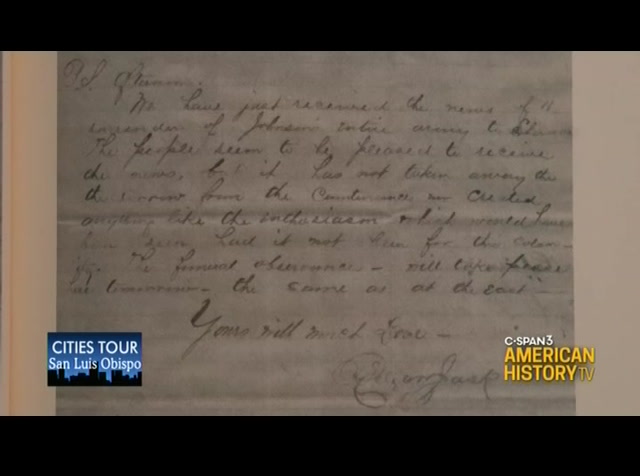 funeral observances will take place here tomorrow, the same as in the east. r.e., which much love, jack. the letters go through his schooling, his working as an intern. it was nonpaid, very much like a lot of young people do today. they can relate to that. they can relate to moving from place to place to find your niche. which is what he did. he was smart enough to know that what he want -- he kept very focused. in his letter he said he could stand anything but being dumb. and so, the name of my book. he decided to come to california. he had friends that visited him in new york. george convinced him, as an employee of colonel w hollister,
10:40 pm 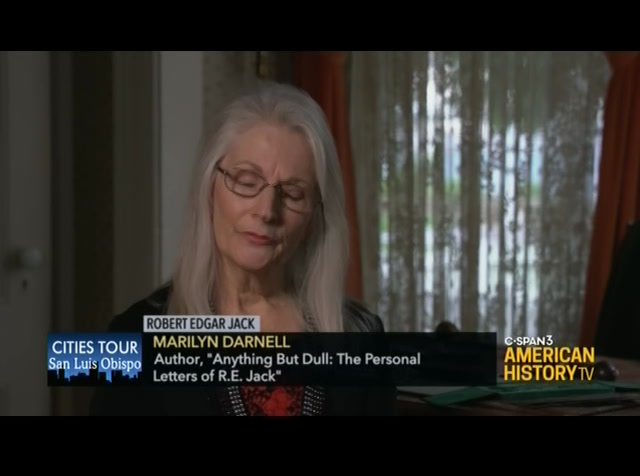 who raised sheep and produced wo ol was very profitable. a 22-year-old, he is ready to strike out on his own and make his fortune. he decided that would be what he would do. he rationalized that wool would never go out of style. so he would always have something. so, he did come. it was 1864. california was in a drought. no business to be had. for colonel hollister to drive his sheep into the sierra nevada. he then decided he could not do anything else. he whipped back to san francisco to stay with a cousin and just back tock -- he went san francisco to stay with a cousin and just be a clerk. he went back through different jobs. hollister who
10:41 pm 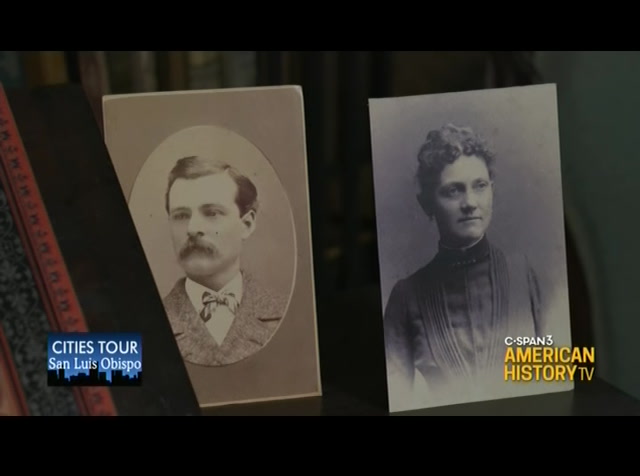 became his wife. she was raised in san luis obispo. city.as the he was already recognized as a prominent rancher. but san luis obispo afforded him to go into banking. from banking he recognized that the community needed to grow. land,ght land, he risked he developed land. as time went on, now we are in the late 1880's, all at this time he is working towards having some sort of transportation other than the intoships that were coming the port. consequently there needed to be rails. he was asked by the community to
10:42 pm 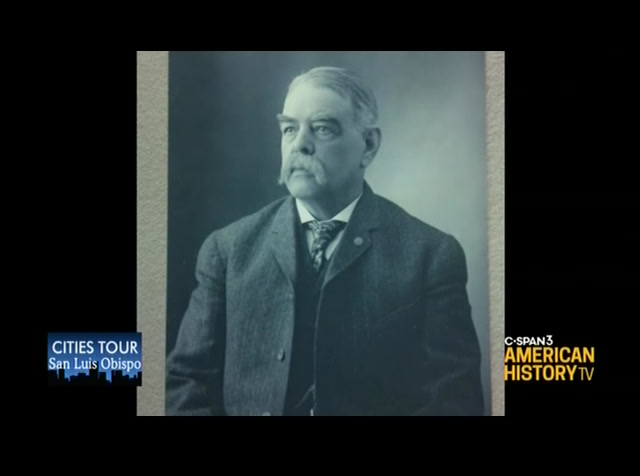 be the spokesperson for the county. mr. caulkins was the representative in santa barbara. the two of them went together with the big four. they were the four leaders of the southern pacific. they had to be convinced of a good reason to come to san luis obispo. huntington was the opposition. he felt that it was a good choice, but huntington, understanding that the financial straits that southern specific -- southern pacific was in at the time, they were accustomed to laying track on flat ground. they really did not need or want rock,pense of blasting to which is what was going to have to happen. do it ended up they had to
10:43 pm 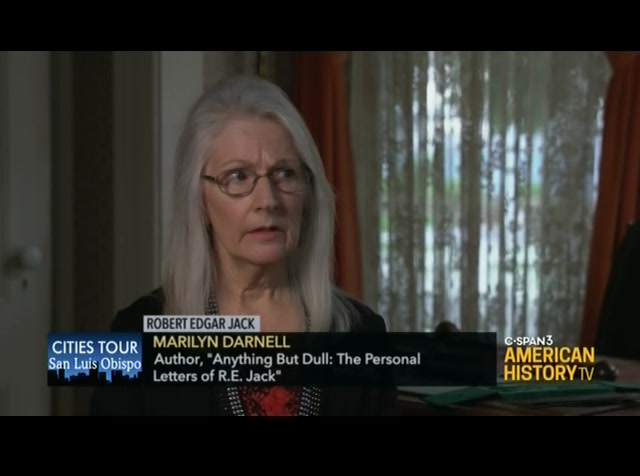 seven tunnels. i think today there are only six. -- iw that they had to be think in the 1950's they had to make the tunnels larger for the trains that were getting larger. that allstruck a deal of the ranchers, property owners who owned any land in the county had to give them the right-of-way to build. they also needed to have property to do their stop, which today we would call a depot. and they need it lands to do their auxiliary buildings where they would store stuff. so they had to do all of that. to raise money, mr. jack came up with the idea of a subscription plan. -- land for the community.
10:44 pm 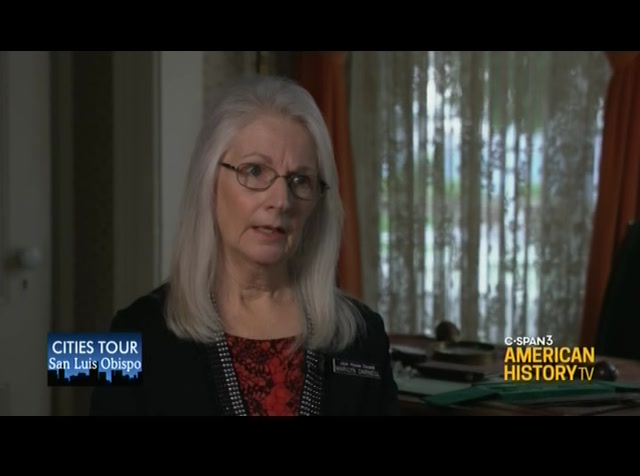 so that everybody could feel as though they contributed. so the cost of one subscription was one dollar. be, evenhat that would for the least of the community, they could manage that. i'm sure many people bought more than that, but i thought that andvery wise on his part, very much community building. you have everybody putting a stake into something, they are much more likely to approve something. soon afterwards we have a library, schools, churches, it grew and we became a place to work, play, and to live. that, san luis obispo has slogan, to live, work, and play in san luis obispo. originally that idea came with
10:45 pm 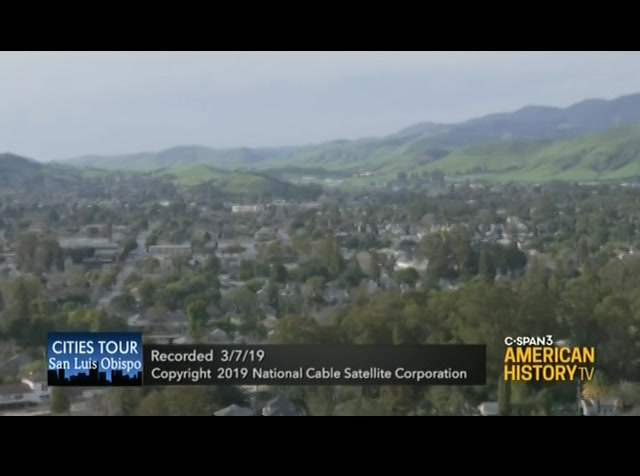 the railroad coming to san luis obispo. san luis obispo, california is one of the many cities we have toward to explore the american story. visit tomore of our san luis obispo, and other cities across the country, though to c-span.org/cities tour. you are watching american history tv, all weekend, every weekend on c-span3. >> this past tuesday, a bipartisan group of senators led by alabama democrat doug jones, marked the anniversary of martin luther king junior's letter from birmingham jail, which he wrote in 1963. joining senator jones were ted cruz and lisa murkowski. and democrats, kamala harris and tim kaine. sen. jones: i rise to talk about a great american.
left
right
disc Borrow a DVD of this show DVD
tv

Robert Edgar Jack was a rancher, banker and wool producer who was very active in the development of San Luis Obispo in the late 19th century. A Union Army veteran, he was a political figure who played an important role within the Republican Party. Marilyn Darnell, author of "Anything but Dull: The Personal Letters of R.E. Jack", shared his story and the contributions he made to the growth of the city.