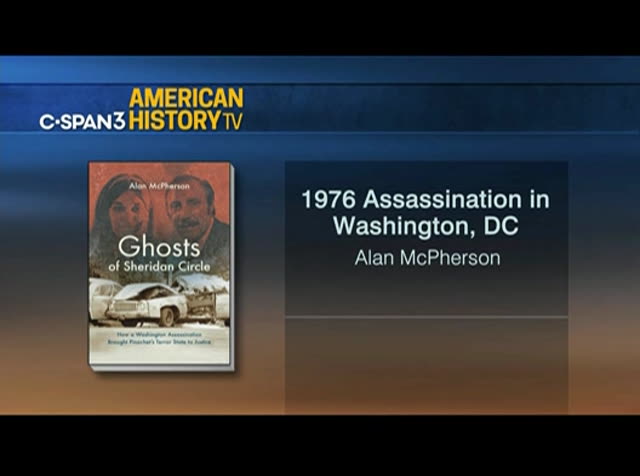 in washington, d.c., just over a mile from the white house. next on american history tv, historian alan mcpherson on his book "ghosts of sheridan circle: how a washington assassination brought pinochet's terror state to justice." mr. mcpherson gives an bus boysed talk at and poets in washington, but first, we visit sheridan circle with the author to see where the crime took place and the memorial there for the two victims. dr. mcpherson: so, we are literally at the scene of the crime. this is a memorial that was put here by the institute for policy studies to memorialize the assassination of orlando letelier. at the same time, ronni moffitt,
9:01 am 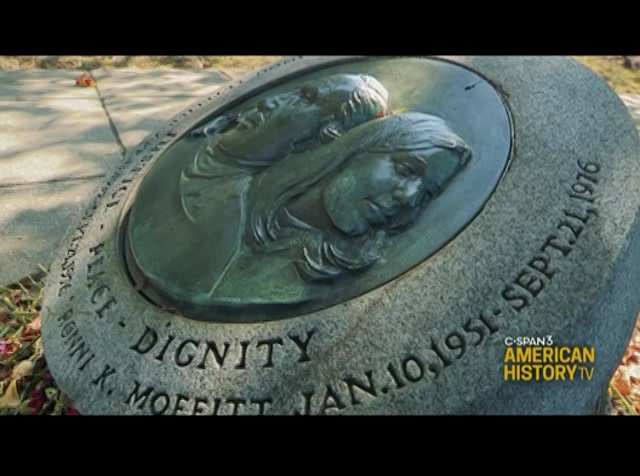 a u.s. citizen, was also killed. bomb, and all of this happened at sheridan on embassy row in washington, d.c. on that morning, september 21, 1976, orlando letelier was an employee of a think tank in washington called the institute of policy studies. he was driving his car to work. he lived in that direction. he came down embassy row, massachusetts avenue, lined with several embassies. the car with him were two ronni in the car with him were two ips, ronnifrom
9:02 am 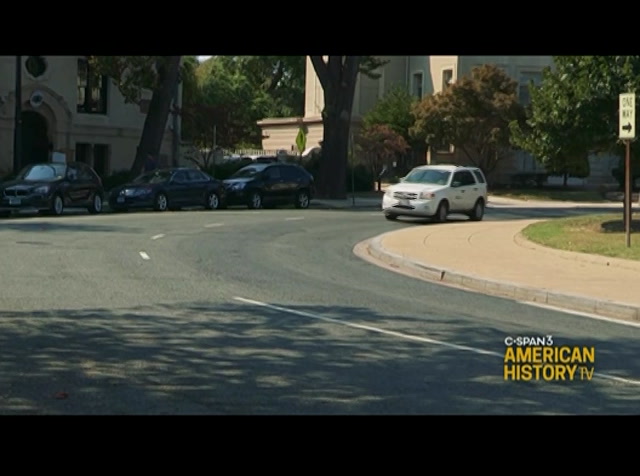 moffitt and her husband michael moffitt. they turned the corner here and unbeknownst to them, following them was a gray sedan. in that gray sedan were two cuban-americans who had helped put a bomb underneath the the driver's seat in the chevelle orlando letelier was driving. the order was given by the secret police of chile, ruled at augusto by a custo a pinochet, a dictator who did not like the political activity that orlando letelier, a former ambassador to the united states from chile, was taking on in washington, so we know now that it was the dictator who ordered the secret police to assassinate him, so they did this partly through an american chilean, who
9:03 am 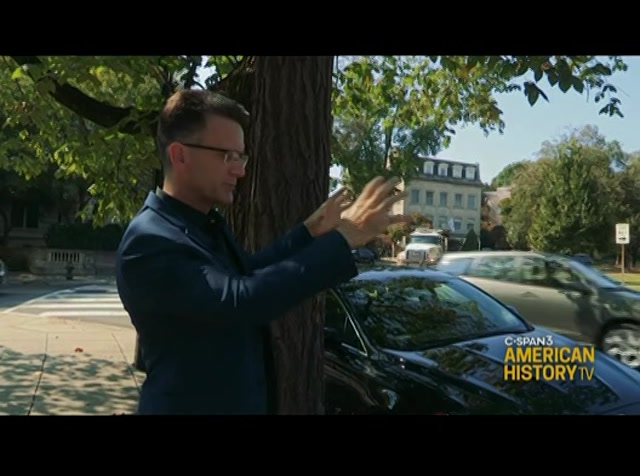 came to washington, built a bomb with these cuban-americans, and they put it under the car of letelier. they thought he would be alone. he ended up having two american citizens with him. the car turned over here and exploded right here. this is where the two cuban americans in the gray sedan pushed a button on this pager that set off the bomb -- . almost immediately, the bomb blew off letelier's legs. within a few minutes, he bled to death. there were body parts, broken windows, twisted metal all over the streets. the car careened for something like 40, 50 feet, went several feet into the air, crashed down, ended up crashing against a volkswagen that was illegally parked right here at this spot. so letelier died almost immediately. and then came the tragic story of ronni moffitt.
9:04 am 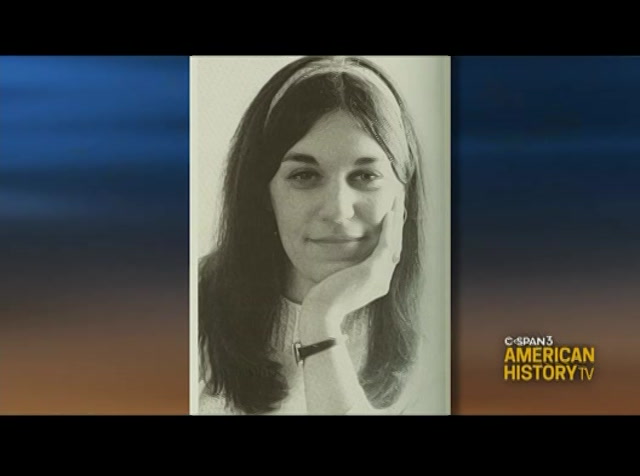 she was not targeted, but she happened to be in the car with him. she stumbled out of the car. and her husband was in the backseat, so he suffered minor cuts. he looked at her, and she was stumbling away, so he figured ok, so i going to go help orlando," who was in the driver seat and clearly is dying. he went around the front, tried to get orlando out and could not do it. there was, you know, jagged metal pieces everywhere, broken glass. the car had essentially imploded onto itself. he could not get the body out. eventually, he went to see his wife, and he realized at that point that a piece of shrapnel had exploded from the driver's seat and had cut her carotid artery, and she was essentially drowning in her own blood. even though that was her only injury. and so both were -- both victims were immediately brought --
9:05 am 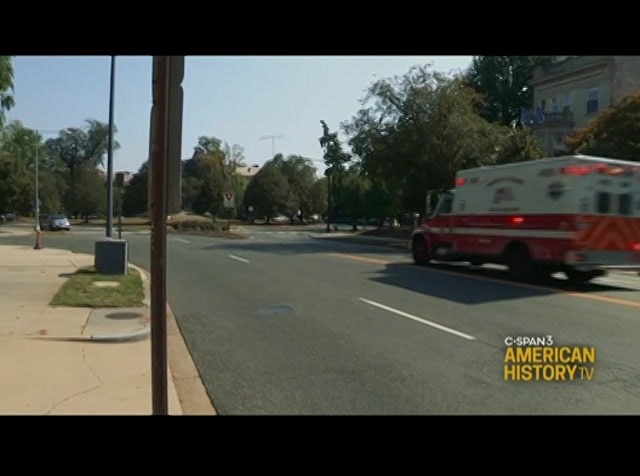 you know within a few minutes, , there were police vehicles and ambulances all over this circle. we are just a few blocks away from dupont circle, and so a lot of people could hear this. we are about a mile from the white house and state department, so you could see the explosion from almost anywhere in central d.c. so within a few minutes after that, they were both off to the hospital. orlando was pronounced dead on arrival at the hospital. they tried to revive and save ronni moffitt in all sorts of ways at the hospital. nothing worked, so she was pronounced dead within about an hour of the crash. this was a very serious assassination. it was the only state-sponsored assassination in the united states. it signaled an escalation in what was called operation
9:06 am 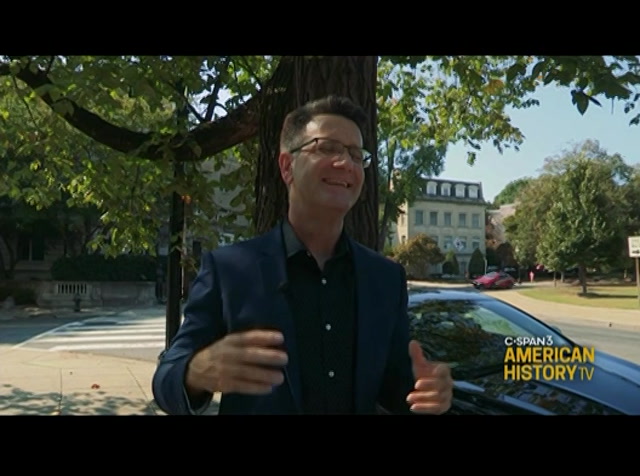 condor. this was an operation by several south american dictatorships, who, together, were going to chase their leftist opponents , whether peaceful or violent ones all over south america and , eventually outside of south america. they would chase them wherever they could find them. whether mexico, europe, or the united states. but this was the only condor assassination within the united states. it ended up being a huge miscalculation for the pinochet government. they must have somehow thought that this would be ok with the u.s. government. likely because they had done it in all sorts of parts of the world, and that government had not done anything about it. also because letelier was a socialist, and he was allying with other socialists, but he was a democratic-socialist and a peaceful socialist, and the pinochet government probably
9:07 am 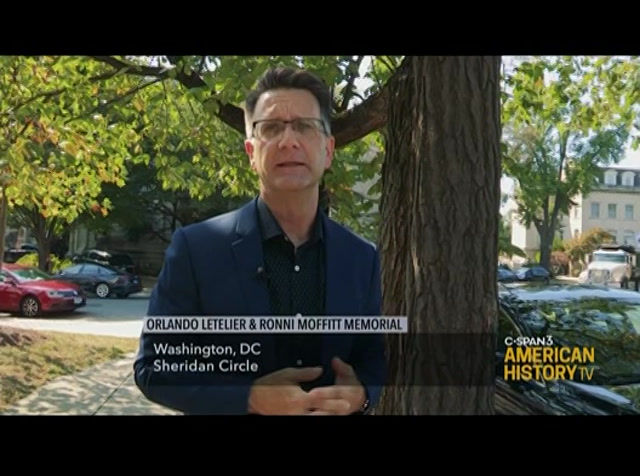 thought that nobody would respond to this, that the americans would not care about this, but it turns out that when you kill a former ambassador in the united states, that is a crime under u.s. law, under the u.s. code, because that person remains a protected person until they die. also, of course, they killed a united states citizen, so these are two separate federal crimes. immediately, the fbi descended on this scene. they took the investigation away from the washington, d.c. police as soon as they realize who the victims were and who the potential criminals were, so and so then they had the resources to find people in latin america to help them investigate this, put some pressure and find on allies in the state department, and that is eventually what they did. and within about a year and a half, they found the bomb maker. they found the cuban americans who were guilty. some of them went to jail. some of them did not. some of them went for very
9:08 am 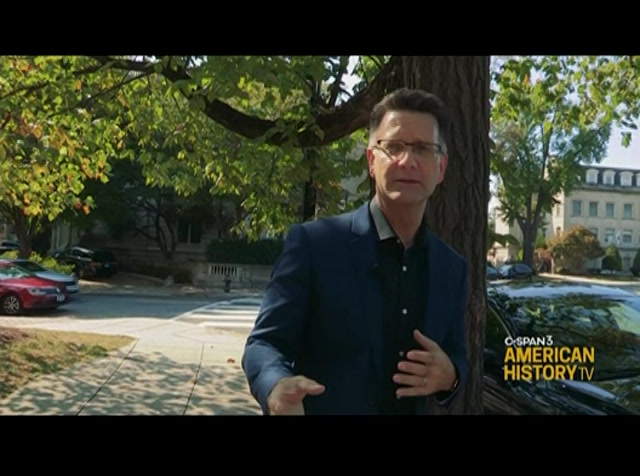 little time, but eventually, this case, through the years, ended up really bringing pinochet's terror state to justice in that the chilean government dissolved d.i.n.a., dissolved the secret police once the crime became public and it became clear it was the chileans who had done it. they fired the most important torturer and killer in chile, who was the head of the secret police. eventually, they created a lot of momentum for the u.s. government to put pressure on pinochet to step down, and it created momentum among the chilean peaceful anti-pinochet forces to essentially run him out of office through referendums and an election in the 1980's. the case itself, although it seems to be small, created all this momentum and really set off
9:09 am 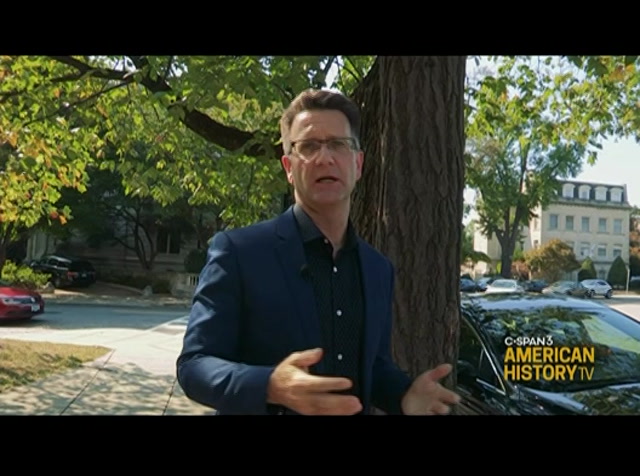 a human rights revolution through the rest of the 20th century. well, this memorial is particularly important, you know, because it has the names of the two victims. it focuses on the victims. it does not focus on the aggressors. it does not focus on the , you know the political issues , at the time, which was the cold war, anti-communism, counterterrorism, and that sort of thing. these are very important, but it is really a very human memorial. right? it does not paint these people as heroes. they were simply people trying to help their country, or in the case of ronni moffitt, help another country out, and i think it illustrates the themes of and dignity that everybody is fighting for these things, and everybody should be fighting for these things. it really goes beyond the petty politics of the cold war. every 21st of september since 1976, friends, family, former
9:10 am 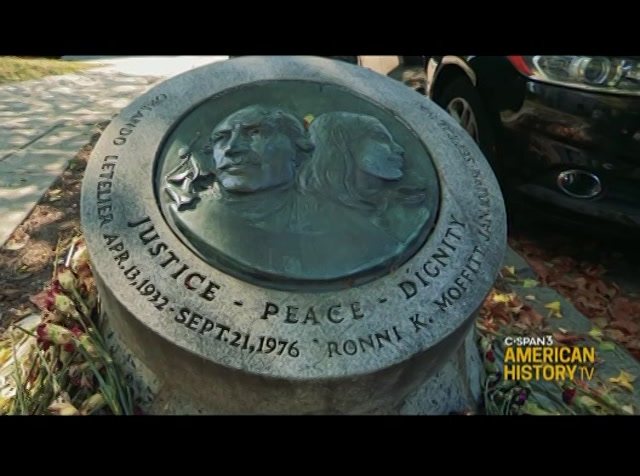 colleagues of letelier and moffitt come down here, they lay flowers, and they have some sort of commemoration around that traumatic episode for the country of chile. it is important to note also that the chilean ambassador's residence is right over there. not the embassy, but the chilean ambassador's residence. on the morning of september 21, the chilean ambassador actually heard the bombing. he was in the shower. it gave him a stir. hate came down, and he was wondering what was going out. it turns out he was not in on the assassination at all, even though it was his government that did it, but later on, he trumpeted the version of events from the pinochet regime, which is that there's no way his government could have done this. it must have been some leftist guerrillas trying to pin it on pinochet.
9:11 am 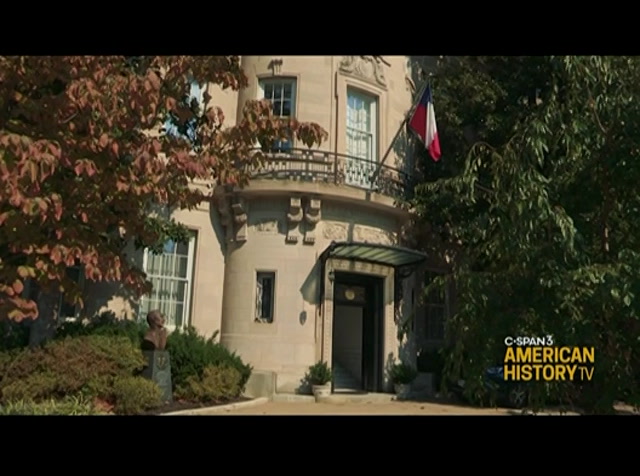 but it is important the residence is there, because the residence itself now has a bust of orlando letelier to try to remember him also. and so around the circle, we have these two memorials to this one man and, of course, to ronni moffitt. sheridan circle will be marked forever in the heart of washington, d.c. by this assassination. olivia: hello, everyone. oh, good, we can hear everyone. welcome to busboys and poets. my name is olivia. i am the book events coordinator, and i'm very excited to welcome alan mcpherson for his book "ghosts of sheridan circle." it was an event that i was not aware of, honestly, and i'm very excited to read about it in this book, and i'm excited for alan to speak about it. here at busboys,
left
right
Borrow Program
tv