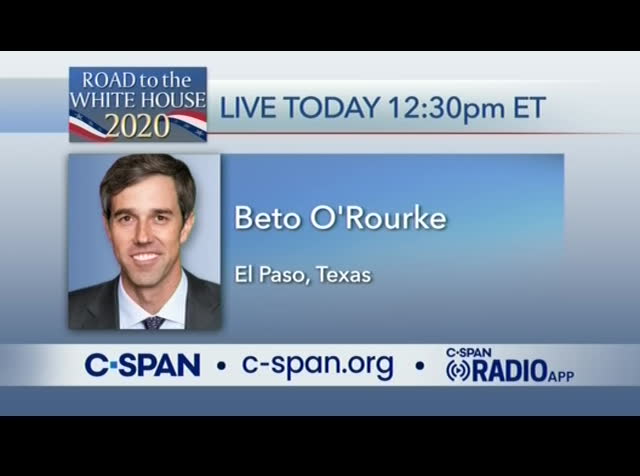 live at 12:30 on c-span. online at c-span.org and on the free c-span radio app. on tuesday, the senate rejected a nonbinding resolution supporting the green new deal. the final vote was 57-0. mitch mcconnell explains why he is against the deal. mastoats catherine cortez and ron wyden explained their support. this is 30 minutes. mcconnell: the senate is going to vote on the sub -- far left that many of our colleagues have rushed to in place -- embrace, the so-called green new deal. for a spice resolution, this proposal has traveled a fascinating path in congress. the radicald with
11:26 am 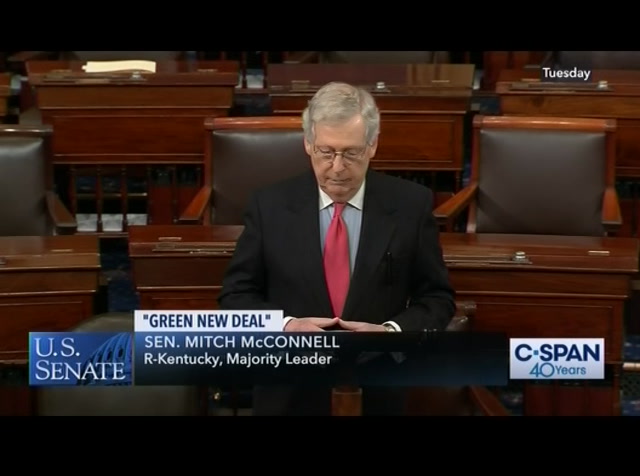 far left democratic members of the house majority. the speaker of the house praised its enthusiasm. its principles sponsor rolled up the first plan that lit up the policy's true goals and candid details. but which democrats rushed to hastily scrub off the internet, not exactly an auspicious start. the number of democratic colleagues rust to abrasive -- rushed to embrace it as well. that includes every democratic senator running or president has embraced the renew deal. -- green new deal. the defining new losses in today's democratic party, they seem to be all in for the green new deal. it is a vicious. it captures your imagination
11:27 am 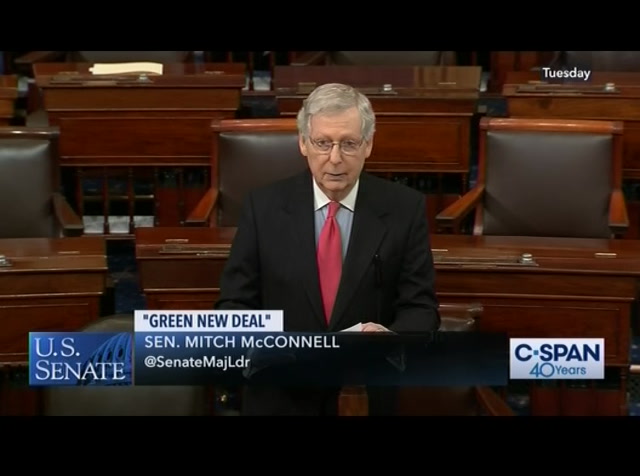 said one presidential candidate. i am in all the way said one colleague who is also running. when i asked if the proposal might go to far -- too far, another candidate replied you cannot go far enough. so, how far does this proposal go? what is in this thing? what is it? for starters, the proposal addresses the small batter of -- matter of eliminating the use of all fossil fuels nationwide over 10 years. sound like a neat idea in places like san francisco or new york, places the democratic party seems focused on these days, but the
11:28 am 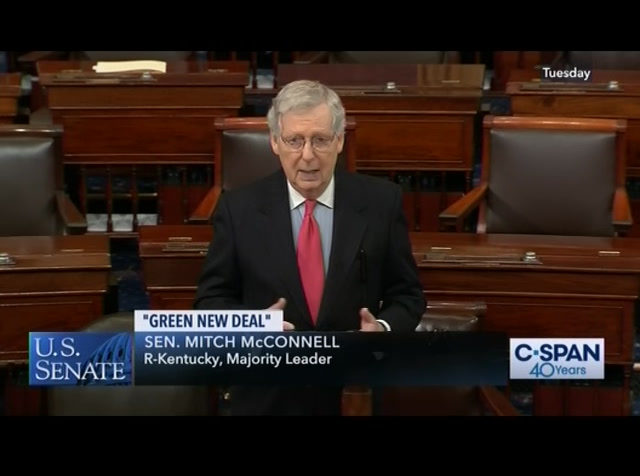 community everywhere else would be crushed by this. killing off entire domestic industries, winding down millions of jobs, outlawing the only sources of energy that worked in middle-class families can actually afford. these steps could lead to a spike in electricity bills of .300 a month keep in mind, this is just the warm-up act. our friends on the far left also propose a federal mandated overhaul of every building in america. home or small business would be safe until washington bureaucrat standards of , but if you can believe it, other aspects of this proposal make these things sound practical by comparison.
11:29 am 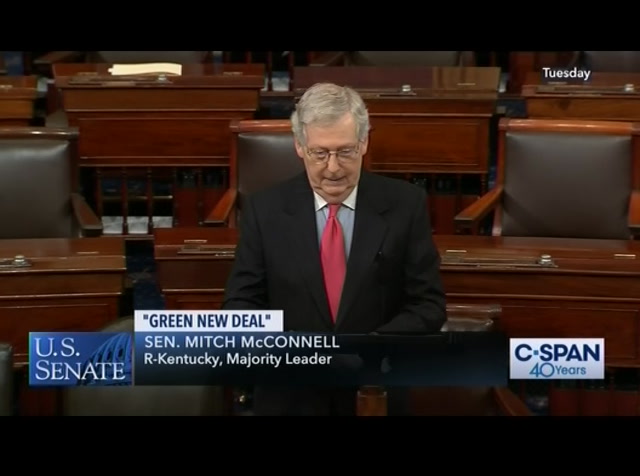 the resolution includes a far broader socialist wishlist and adjusters towards the new government run health care system, a system for government run housing and a new system to guarantee everyone economic security. vaguest point is a little but helpful before was scrubbed off the internets. documentnal background made the long-term goal clear. economic security to all those unable or unwilling to work. that is the background document they rushed to delete. the democrats long-term vision taking taxpayer dollars for those who choose not to get off
11:30 am 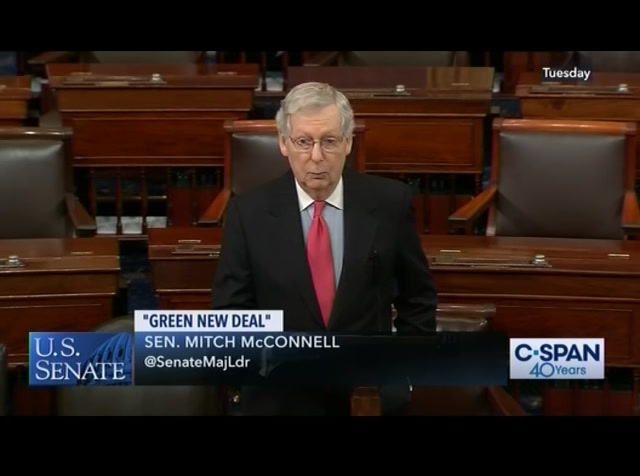 their couch come a after day because they are unwilling to work? my democratic colleagues rallying cry is snatching the way the energy sources middle-class families use, shuddering industries that provide their livelihoods, changing the homes they lived in , the cars they drive, and the health care plans they rely on. remember what our colleagues said. you cannot go too far. our colleagues are certainly putting that to the test. i have not even gotten to what american families would have to privilege of being lab rats for all this far left social engineering. my democratic colleagues have been fairly quiet on that subject. i guess it is more fun ordering
11:31 am 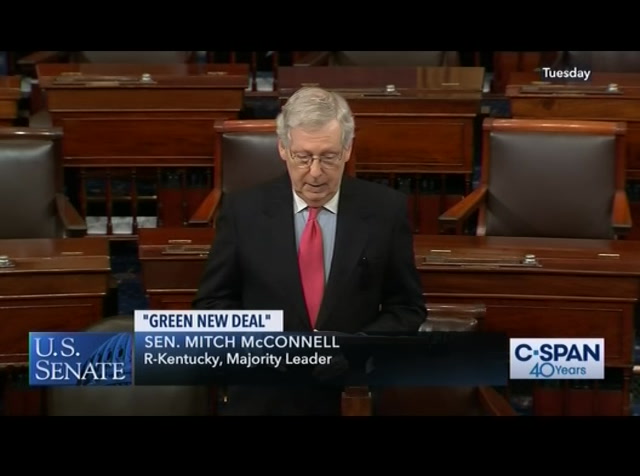 off the menu then taking a look at the check. families would almost certainly be faced with much higher utility bills and then the cost of replacing appliances. as a wobbly, electric cars would have to be purchased. and then, there is the federal tax burden. well, one rough initial estimate found that all the pieces of the green new deal might add up to as much as $93 trillion. one estimate is it might add up to $93 billion over the first decade. annual g.d.p. of the entire world. the annual g.d.p. of the entire world as of 2017.
11:32 am 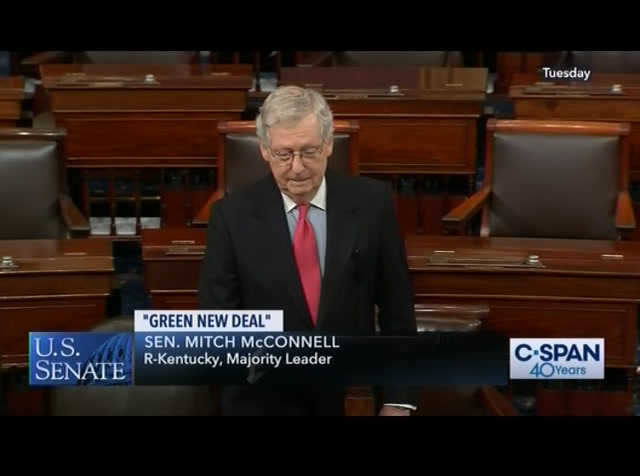 it would mean historic tax increases, historic new debt, and even that would only begin to scratch the surface. and bear in mind, the sticker price doesn't even begin to capture the full national cost of the economic wound this plan would inflict on our country while all our competitors would be roaring on by. so my colleagues want to pull the emergency brake on the u.s. economy because it isn't green enough, but global carbon emissions are a global problem. we only produce about 15% of the global total. china already soared past us. they are the world's largest emitter, and in recent years while u.s. emissions have been actually declining, china's share has been growing fast.
11:33 am 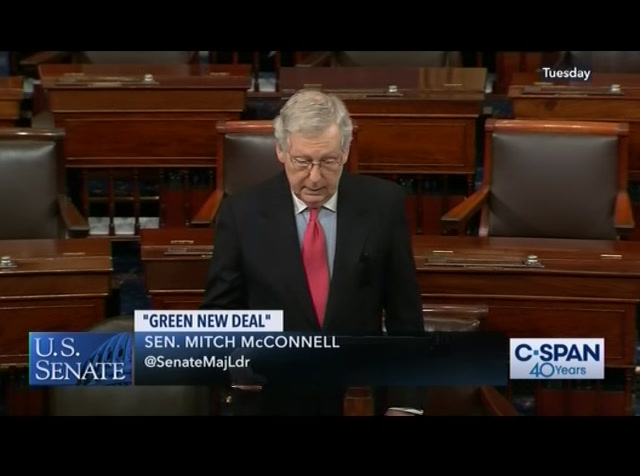 we'll certainly get to test out their new economic security payments for those unable or unnilg to work after the green new deal drives -- unwilling to work after the green new deal drives all of our manufacturing jobs over to china, india, and our other competitors who will gladly gobble up our jobs and continue to emit with reckless ambition. so my democratic colleagues have settled on quite an interesting strategy. maximum pain for american families with no meaningful change in global carbon emissions. now, since i announced last month that senators would actually have the opportunity to go on record and vote on this socialist wish list, a funny thing has happened. i'm not sure i have ever seen the self-professed supporters of a piece of legislation more angry or irritated that they
11:34 am 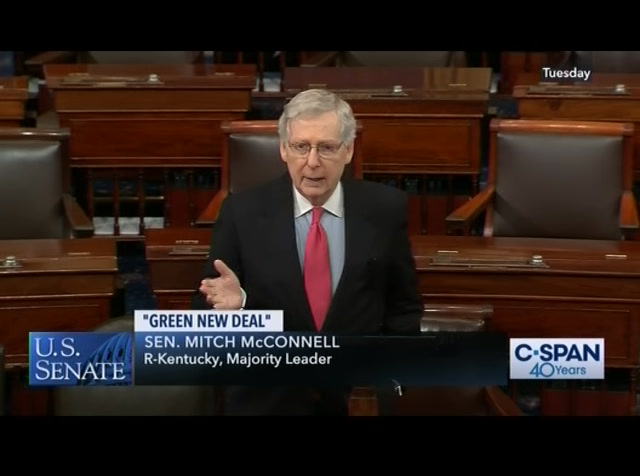 would actually have to vote on it. they're angry and irritated that they would actually have to vote on it. merely bringing their own plan up for a vote, a plan they had characterized as an amazing step forward, was now declared to be a diversion and a sham. by one colleague's assessment, by getting their proposal a floor vote, i was creating, quote, a ploy to try to undermine the green new deal by actually having a vote on it. i have to say, madam president, it's remarkable enough to see a major political party coalesce around a proposal to forcibly remake the entire country according to what's fashionable in brooklyn and san francisco, but it's even more stunning to see my colleagues so angry and
11:35 am 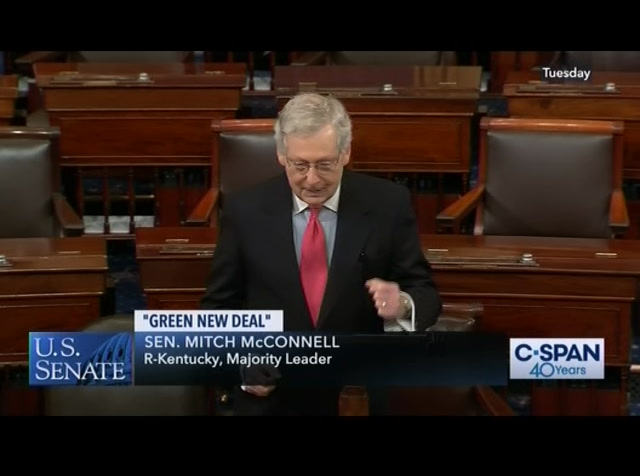 upset at the opportunity to back up their new philosophy with their votes. what an outrage to actually vote on something we say we're for. well, later today, we'll see, the american people will see, they will see which of their senators can do the commonsense thing and vote no on this destructive socialist daydream. and they will see which senators are so fully committed to radical left-wing ideology that they can't even vote no on self-inflicted economic ruin that would take a sledgehammer to ask that the quorum be dispensed with. the presiding officer: without objection. ms. cortez masto: thank you. madam president, i stand today with my colleagues on a democratic aisle to talk about the real impacts of climate change. climate change is real. it
left
right
disc Borrow a DVD of this show DVD
tv

Senate Majority Leader Mitch McConnell (R-KY) said he will vote against the "Green New Deal", a non-binding resolution suggesting policies to eliminate carbon emissions in ten years and to guarantee jobs, housing, health care and a college education for all. He called it socialism and said it'd mean an historic tax increase to pay for it.