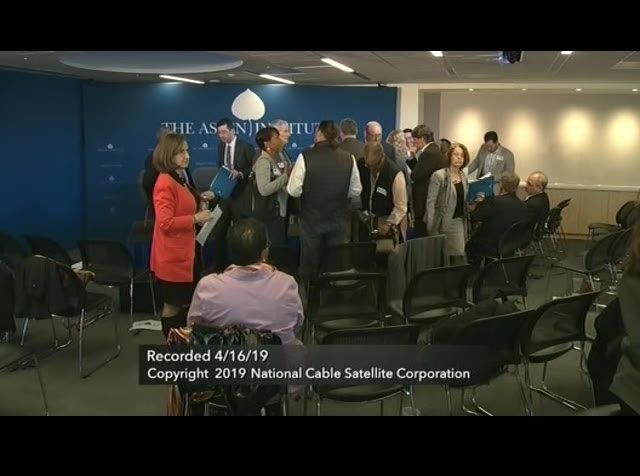 c-span.org. >> all this month on c-span, we will feature the winners of our studentcam documentary competition. middle and high school students created videos answering the question -- what does it mean to be a american? our second prize high school east winners are hunter walterman, isaac newman, and rekha leonard, 10th graders at montgomery blair high school in silver spring, maryland. c-span is available through comcast. their winning entry is titled "rockin' in the free world." >> we're going to jam a couple of songs we all grew up on. ok? ♪ [music plays] >> this is america. >> ever since the fire went out. ♪ >> music.
5:08 pm 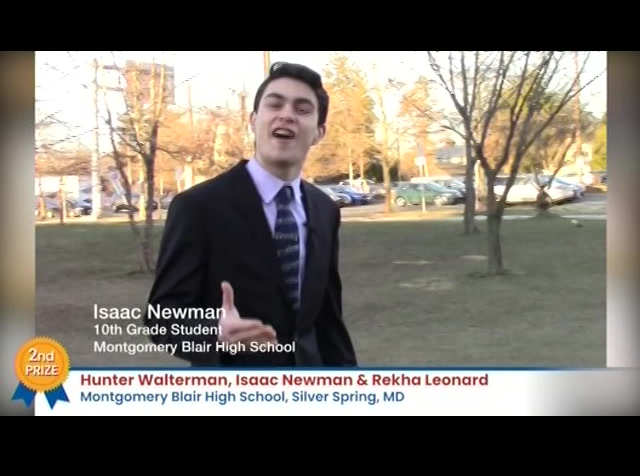 a defining characteristic of the american experience. as billy joel once said, it is something we are all touched by. no matter what culture we are from, everyone loves music. much like america, music is a uniting force that brings people of different cultures and backgrounds together. america has protected and encouraged freedom of expression, allowing music -- allowing musical artists to challenge the status quo and express themselves. >> ♪ express yourself >> one element that makes america music unique is the merging of different cultures and social backgrounds. >> music is absolutely a communal force. i consecrating and communal force. -- a consecrating and communal force. anybody was ever been to any kind of more musical performance knows that, whether you're singing along with your family on a road trip or in your church or singing along -- hearing someone on the street singing to
5:09 pm 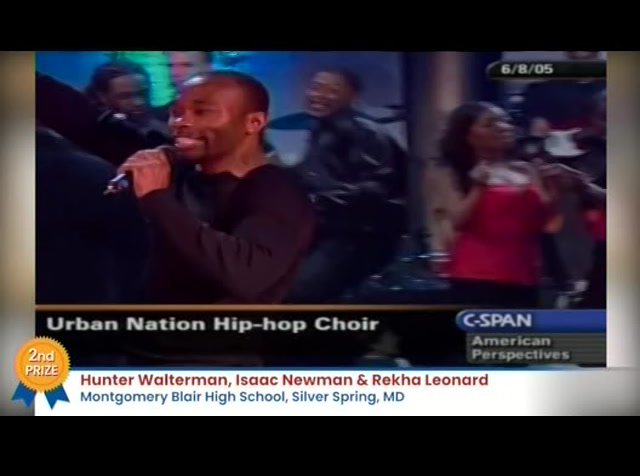 earbuds, almost on a biological level, things that unite us as beings. >> jazz is a quintessential example of how different cultures influenced music in america. >> this is a place where the simulation of cultures that brought all of their music and the traditions with them came together and combined, i think, to be really, a global force. i think it only could have happened here because of that merging of the different cultures and voices. >> jazz music evolved from the black experience in the united states beginning with black spirituals and slave songs. >> once again, the african diaspora and that music and that interesting interchange and dance going on between black americans and white americans, and that musical interchange that still occurs today.
5:10 pm 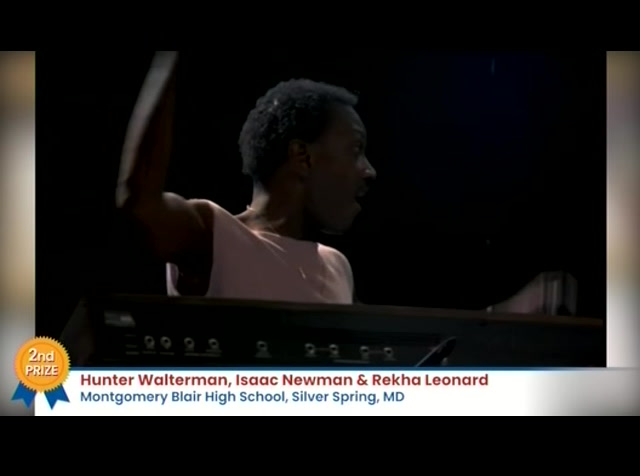 >> new orleans, louisiana, was one of the first place for jazz -- >> new orleans, louisiana was one of the first place for jazz where they could collaborate to make the music they love. despite the stringent segregation in the south in the 20th century, jazz was a way for musicians of different races to break the barrier of the segregation and create music together. >> this collaboration is the epitome of what it means to be american. in america, we celebrate our differences and work together to create something greater than ourselves. ♪ >> beginning in the 1950's, it beginning in the 1950's, united americans under the banner of rebellion. rock 'n roll is another momentous a powerfully influential genre of american music. during the civil rights era, rock 'n roll encourage black and -- encouraged black and white youth to interact, providing a common interest to bridge the stark racial divide. tennessee ismphis,
5:11 pm 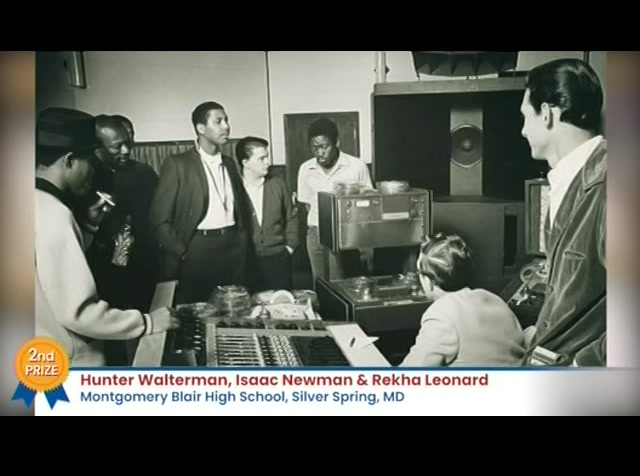 a prime example -- hiring black and white employees to work side-by-side in a segregated south. >> the power of music, the power of opportunity, the power of empowerment, not just black and white working together, but a place where young people were paid to make music. >> rock 'n roll gave americans the opportunity to speak out and protest against the government. >> use it as a tool to build a platform, transfer the message. your generation with social media, it allows it to spread quicker and infiltrate society in ways governments can't stop. >> rock 'n roll was especially meaningful during the vietnam war. songs like "fortunate son" give a voice to the antiwar movement and young people all across america. music during the vietnam war also provided soldiers a connection to their lives back home. >> the army understood -- they
5:12 pm 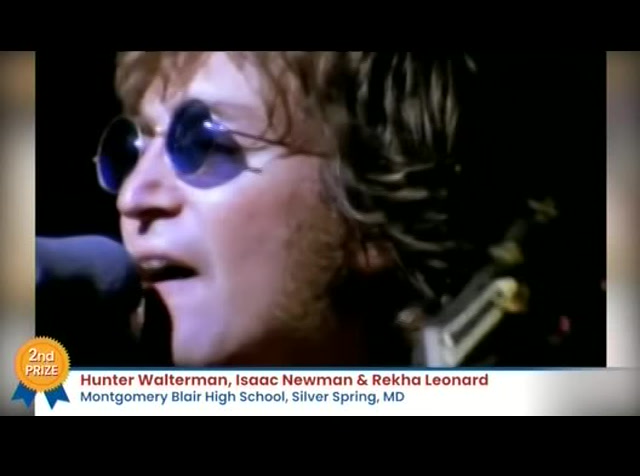 did not understand how to fight the war, but they didn't know, -- they did know, the military knew music was essential to us and our generation. it connected us to people back home, connected us to one another. >> the vietnam war and civil rights movement are both significant examples of how american music enables people of different backgrounds to express themselves and come together. >> ♪ come together right now >> freedom of expression is essential to the spread of political messages in america. however, musicians of other countries do not enjoy this freedom. pussy riot, a russian punk band, is focused on feminist activism and in one performance, they criticize the orthodox church
5:13 pm

for supporting the russian president vladimir putin. members of the band were sentenced to two years of jail time and abuse. in america, artist can freely express themselves and their political messages. -- artists can freely express themselves and their political messages. music in america can be a platform for social and political activism. with the capability to unite americans of all different cultures and backgrounds come -- cultures and backgrounds, the singularity to provide americans with a meaningful art form they and the their own liberty to equip americans with the platform for political and social activism, music is and will always be a defining characteristic of the american experience. >> you can watch every winning studentcam documentary online at studentcam.org. >> i think the legacy of rochester is really ongoing. as the cityits role of compassion, healing, wellness, hospitality. their mission really is to make people feel welcome.
5:14 pm 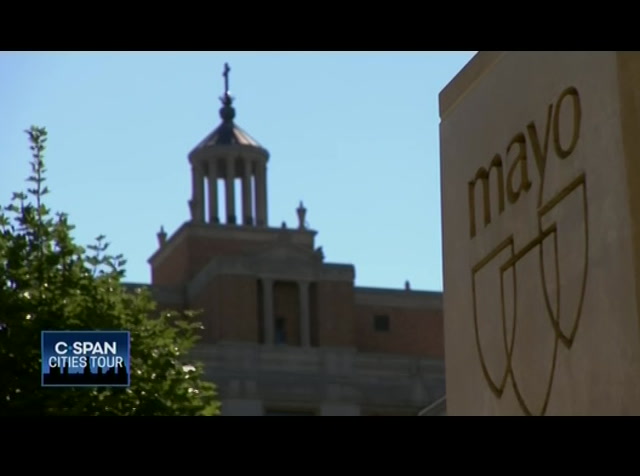 that this is a home away from home. >> c-span cities tour is on the road exploring the american story. we take you to rochester, minnesota with the help of our spectrum cable partners. located 90 minutes south of minneapolis, rochester has been the home of the mayor -- mayo clinic since 1994. >> it is a good neighbor here in rochester. and helped rochester achieve international recognition. the mayo clinic would have never happened except for the city of rochester. it was a small town, intimate allowed mail to o tome a presence in -- may become a presence in rochester. >> most people think that bob dylan is leftist or somehow associated with the hippie
5:15 pm 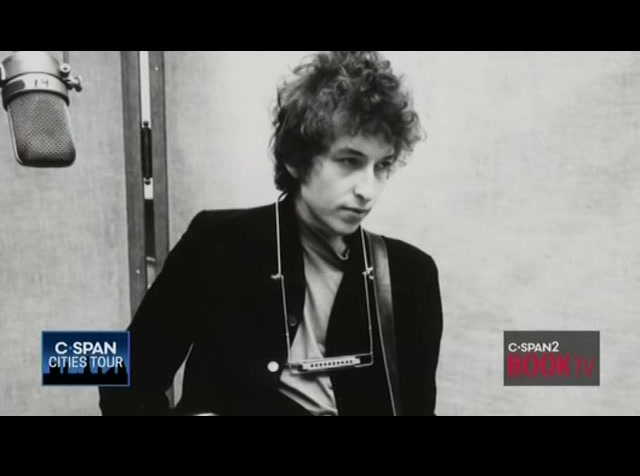 movement in the 1960's or something like that. the voice of the generation of the 1960's. it was a label that he detested. he really can't say he was left or right. most people have a misconception about what bob dylan is. >> watch c-span cities tour of rochester, minnesota this saturday at noon eastern on c-span two's book tv and sunday at 2:00 p.m. on american history to be on c-span3. working with our cable affiliates as we explore the american story. the only thing we have to fear is fear itself. ask not what your country can do for you, ask what you can do for your country. people will hear all of us soon. book, "the newest
5:16 pm 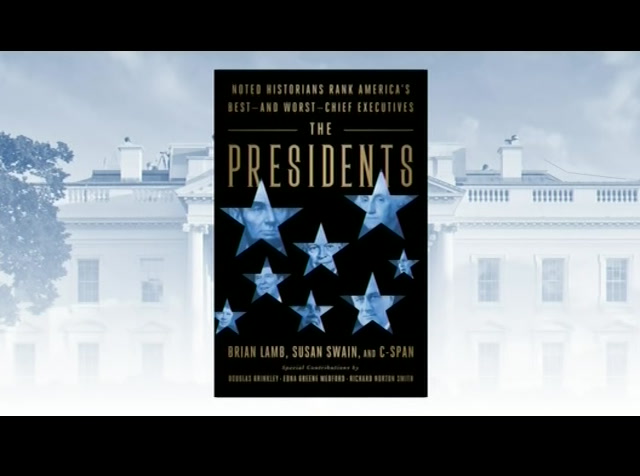 presidents" provides insight of the 44ives american presidents with noted presidential historians' int erviews. challenges they faced, and the legacies have left behind. published by public affairs, c-span's book will be on shelves april 23rd. you can preorder your copy as a hardcover or e-book today at idents org/thepres wherever books are sold. >> next, journalists who were finalists for the annual goldsmith prize for investigating reporting. breaking stories this past year on police corruption, migrant family separation, medicaid fraud, and president trump's former attorney, michael cohen. this is an hour and 40 minutes.
left
right
email Borrow Program
tv