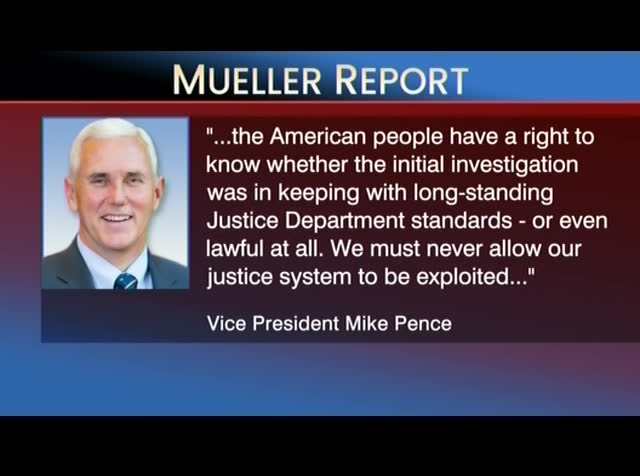 >> vice president mike pence issued a statement in reaction to the release of the mueller "nowt that said in part that the special counsel investigation is completed, the american people have a right to know whether the initial investigation was in keeping with long-standing justice department standards -- or even lawful at all. we must never allow our justice system to be exploited in pursuit of a political agenda." copies of the redacted mueller report were delivered to senate committeejudiciary offices. here is a look at the senate copies.
10:49 pm 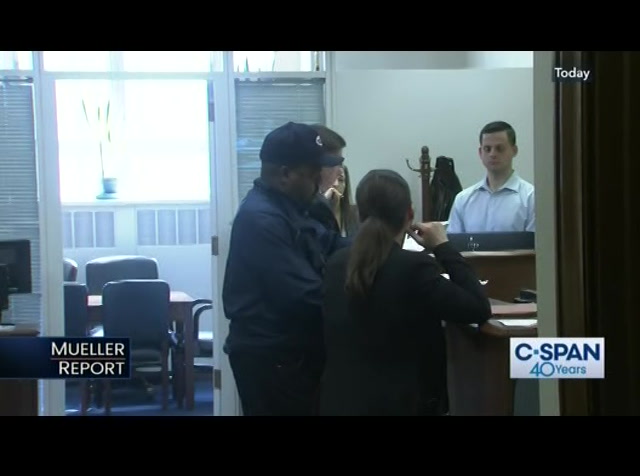 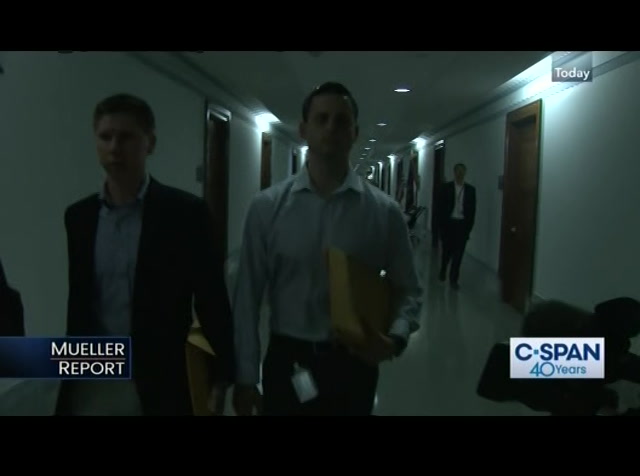 >> white house counselor kellyanne conway offered her reaction to the release of the mueller report outside the white house. this is about 15 minutes. never happen to another president again. thank you. mrs. conway: hey, everyone. kellyanne: really the best day since he got elected. i call it a political proctology exam.
left
right
disc Borrow a DVD of this show DVD
tv