pennsylvania is reading. watch the reading of the mila report underway live on c-span3 and also watch on our website, c-span.org. house, today in the congressman al green talked about the mueller report and called for the president to be impeached. mr. green: thank you, madam speaker. it is my privilege to be recognized by you for this five representative green: i rise because i love my country and because i believe that no one is above the law. i have in my hand the report on the investigation into russian interference in the 2016 presidential election. this document known as the mueller report, has been released to the public for some
9:51 pm 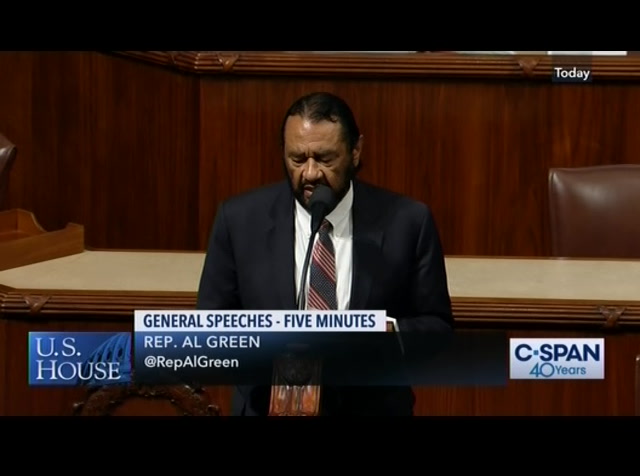 29 days now. since its release, we have had many persons, many of whom are members of this august body, to say that they have concluded that the president has committed impeachable acts. some have gone so far to say he should be im350e67ed, -- impeached, i'm one of them. we also had hundreds of lawyers, many of whom are prosecutors and former prosecutors to say that if anyone else committed the ffenses outline -- outlined in this document, the mueller report, that person would be arrested and prosecuted. that person would be prosecuted. that person would not be above the law. hence, one can logically conclude that since this document addresses acts by the
9:52 pm 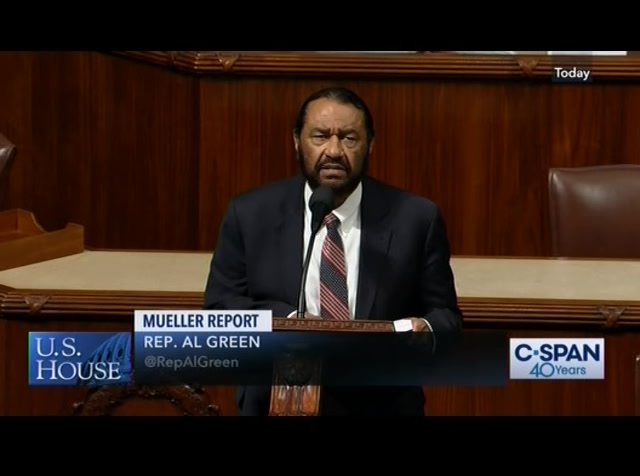 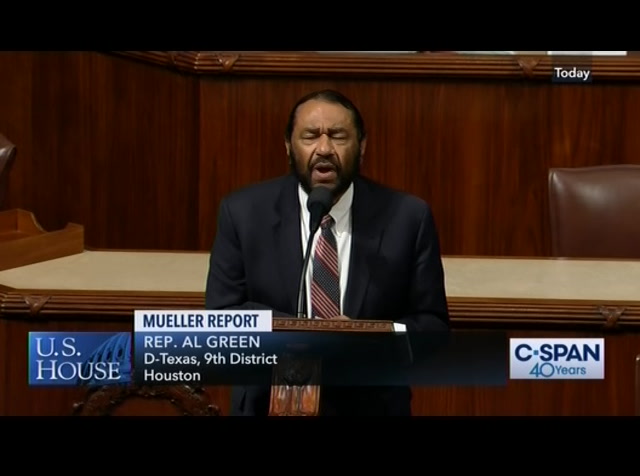 it's not happening. the prosecution of the president in the house of representatives will take place once impeachment is initiated. so until impeachment is initiated, this president is above the law. he continues to could be struck. he is above the law. i'm using this refrain because it's important for the american public, the people who understand that no one is above the law, to at least see that we have a problem. we have a president who, by ost standards, has committed impeachable acts. and yet we have not started the impeachment process. if the president is not impeached, one of two things will happen. one, he won't be impeached, or two, the congress of the united states of america will become a toothless paperer tiger. not only as it relates to this president, but also as this is
9:54 pm 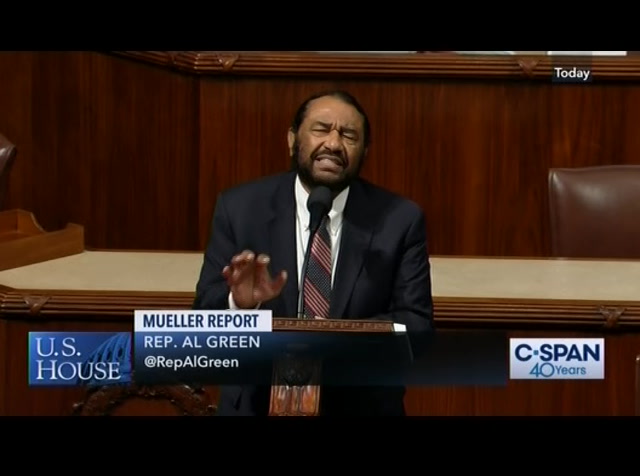 related to future presidents. we cannot allow the perception of the congress to be toothless when it comes to our constitutional responsibilities to exist. we have a duty, a responsibility, and an obligation to bring the president to justice. the bar of justice for this president and any other president is this house of representatives and each member of this house has the responsibility to make sure that justice is served. i will now start a process that will commence on the second anniversary of my initial call for the impeachment of this president, which will be tomorrow. tomorrow will be the second anniversary. and i will start a process tomorrow of bringing to this floor a display. he we will display the number of days since the mueller
9:55 pm 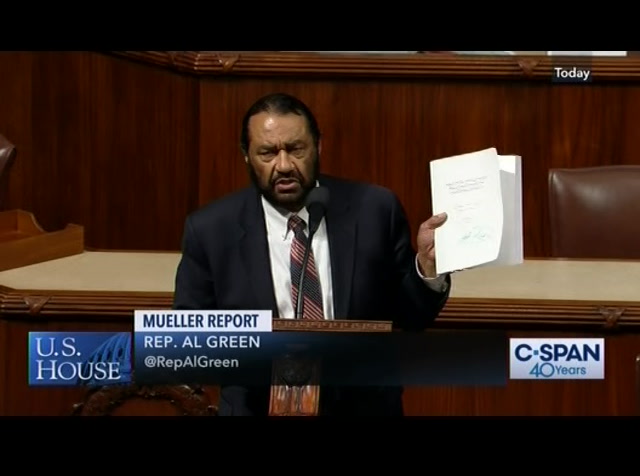 report was produced and the number of days that this president has gone above the law. because until the president is impeached, those who say that he should be impeached, those who say there's evidence enough to impeach until this president who is impeached, we who say this must conclude that he is above the law. i love my country. i stand on the law. i believe in the constitution. and as such i believe that this house has a duty and responsibility to take up atouncer: coming up friday 9:00 eastern time, the house gaveled in and will debate a bill to ban discrimination based on sexual orientation or identity. on the c-span2, the army secretary will speak at the atlantic council.
9:56 pm 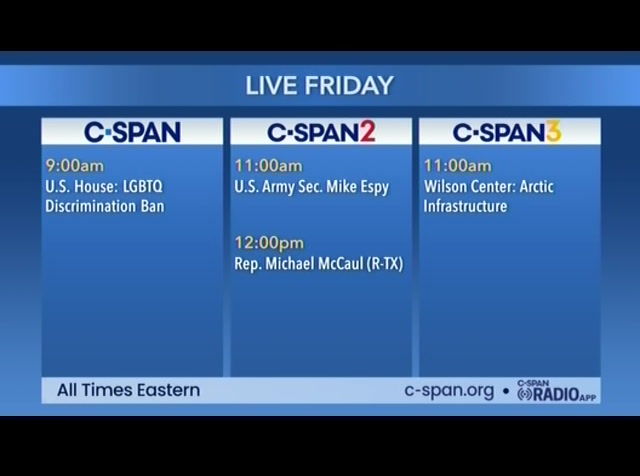 in net noon, the lead republican on the foreign affairs committee talks about at the heritage foundation. at c-span3, a discussion on climate in arctic and its effect on infrastructure. the complete guide to congress is now available. it has lots of details about the house and senate for the current session of congress. contacts and buyer information about every senator and representative, plus information about congressional committees, state governors, and the cabinet. the 20 19th congressional directory is a handy guide. order your copy from the c-span online store for $18.95. ♪ this week, our online video library marks a milestone, a quarter million hours of content. all c-span
left
right
disc Borrow a DVD of this show DVD
tv

Texas Democrat Al Green spoke on the floor again about the Mueller Report and his desire to initiate impeachment proceedings in the House against Pres. Trump.