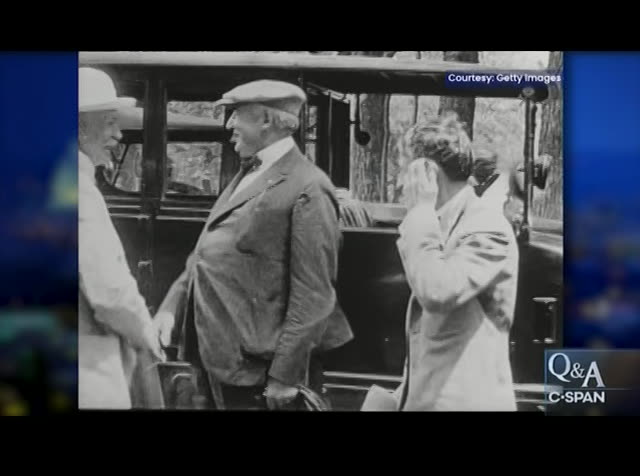 "the vagabonds," about the summer road trips with henry ford and thomas edison. >> they wanted to go out and have fun. they wanted to demonstrate that you could get in your car and do they weregs, too, but not going to eat cold beans out of cans, put a blanket on the ground. they had all these different amenities. a refrigerated car powered by edison batteries, so they could chefsresh dairy, and preparing gourmet meals at night. in the morning, they would dress in freshly ironed clothes. but they were so famous, and america was so grateful to them, it didn't matter.t he point was, we are out in cars, traveling and seeing these things. you can do it, too. >> tonight at 8:00 eastern on c-span's "q&a."
7:53 pm

>> bob cusack, editor-in-chief of the hill with us to look at the week ahead in congress. the two weeks off, and the impeachment inquiry really ramped up with a foreign affairs committee hearing with trump administration officials. who is set to testify in the coming week? bob: we are going to have a number of people. fiona hill is one. she used to be a diplomat for the trump administration. she is going to testify, she and that's of concern because she knows what's going on in europe, and it follows on the heels of of course marie to yovanovich testifying today. we learned the state department tried to block her. states a current department employee who clearly wanted to testify and she was subpoenaed. the house democrats said the subpoena forced her to testify, but she seemed to want to
7:54 pm 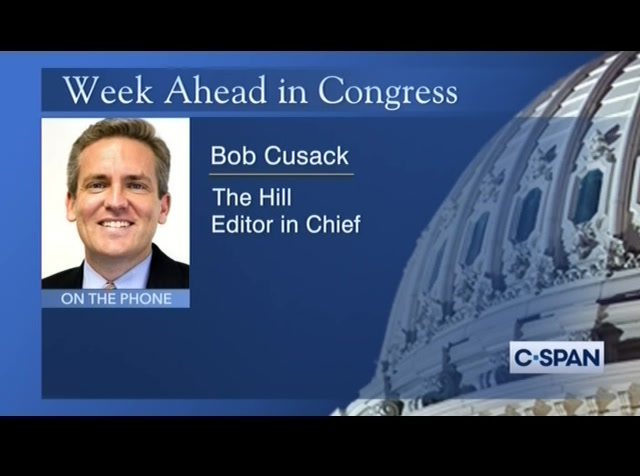 testify. the testimony of going forward of hill and sondland, another one whose texts were released recently, a trump donor. the state department blocked his testimony, but he will also testify next week. host: are we getting any timeline from house democratic leadership on an impeachment vote? bob: no, that is a great question and something our reporters are asking about. certainly i think you will see something this year. the question is not only timing, but is it going to be about ukraine and obstruction of justice? will it be larger than that? will it be financial issues? how broad will impeachment be? i think you are going to see it in all likelihood before thanksgiving, but speaker pelosi has not given any timeline. but covering her for many years, i don't think she wants to drag this into 2020, the election year.
7:55 pm 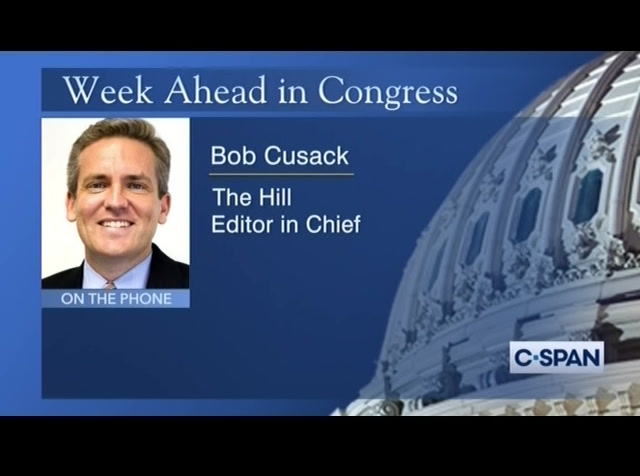 remember, democrats won the house not talking about impeachment, they won on issues, agenda, health care. but i think she wants to get this vote, which it looks like will happen, just a matter of when, sometime during 2019. host: during the two-week break, the president announcing the withdrawal of troops from northern syria, and then turkey invading northern syria, and some very strong reaction on capitol hill including proposals for sanctions, one by liz cheney. the conference chair for republicans. what else might we see on this issue, and why is it a big issue on capitol hill? bob: it is a really big issue. it's one of the rare issues that actually has split republican leaders from the president. mitch mcconnell has been very critical of this move. you mentioned liz cheney, member of the house republican leadership. and the other top two above her, steve scalise from louisiana and kevin mccarthy are backing the sanctions bill. so it is going to divide
7:56 pm 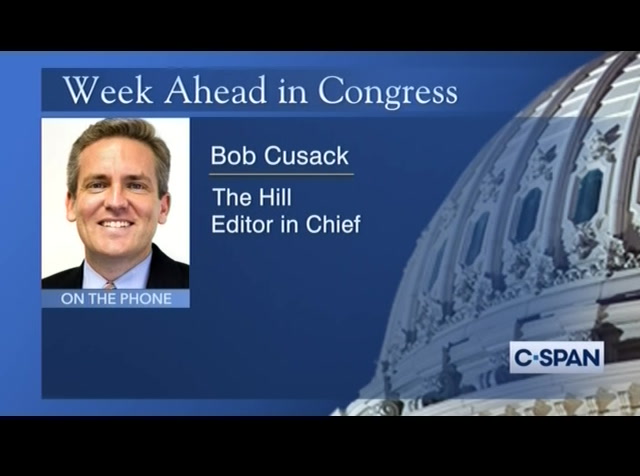 republicans who are torn between supporting their president, and they just didn't like this move of leaving syria and abandoning the kurds. so you are going to see, potentially you are going to see votes next week and beyond that would admonish the white house for making this move. and that is going to be a tough vote for some republicans, no doubt about it. host: it does seem as though, the president sees the withdrawal as a political winner for him. bob: that's right. he has made the case that the country is very war weary. at his rally last night, he repeatedly mentioned we need to stop the endless wars. it triggered some applause. certainly, you know, it's interesting because some republicans will support him here, and i think some democrats also will support him if they are forced to vote on it. but a vast majority of democrats
7:57 pm 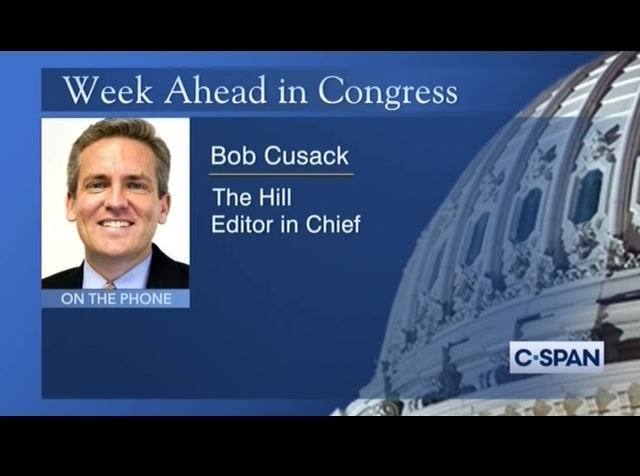 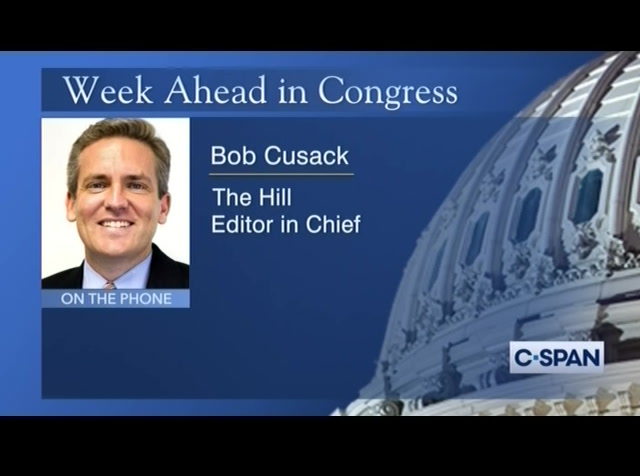 impeachment really brings a problem because of the politics of it. wants to get yes, republicans want to get yes. so there a chance this could pass congress this year.
7:59 pm 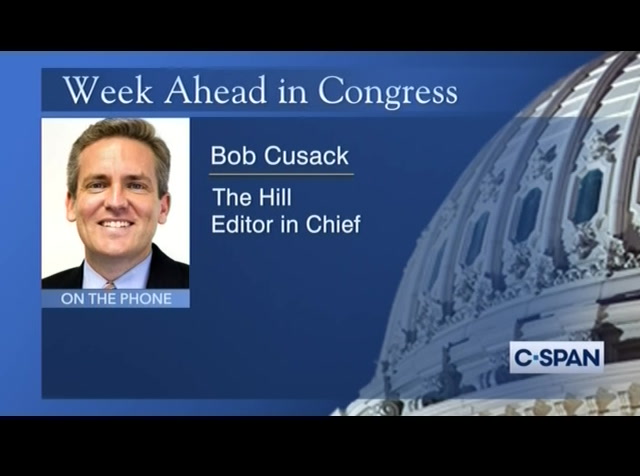 thank you so much for joining us. announcer: house committees working on impeachment inquiries legislation to lower prescription drug costs and curbing the outsourcing of u.s. jobs. the senate continues work on the president's executive and judicial nominations, including air force secretary nominee barbara barrett. live gavel-to-gavel coverage of the house live on c-span and the senate live on c-span2, follow live online or listen live on the go using the free c-span radio app. >> next, q&a with historian jeff gwinn talking about his book "the vagabonds," detailing the camping trip of henry ford and thomas edison. then, president trump awards the
8:00 pm 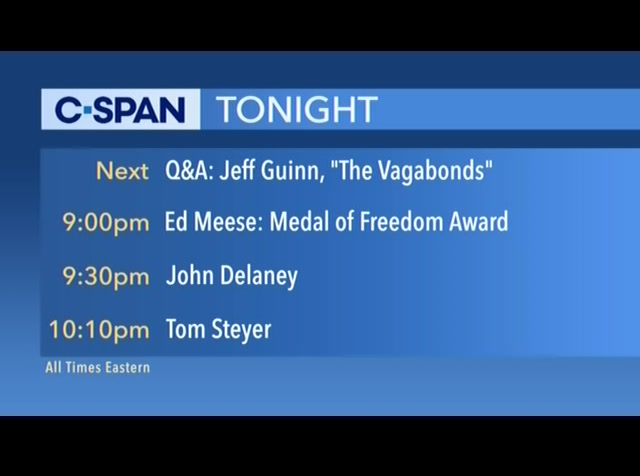 presidential medal of attorney general ed meese. after than, c-span interviews with presidential candidates john delaney and tom steyer. ♪ ♪ ♪ ♪ is the story you tell in the book "the vagabonds?" >> the story that i meant to tell at the beginning, how america morphed into a car culture, in just about 20 years. wagon,e going horse and to
left
right
email Borrow Program

: The Hill Editor in Chief Bob Cusack discussed the status of the House and Senate plans for this month's sessions.