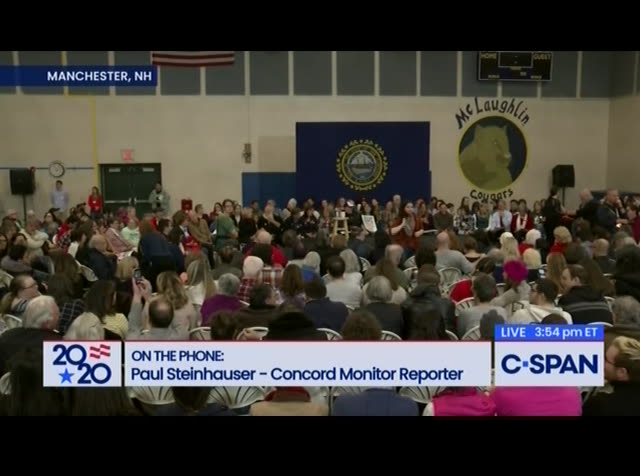 bloomberg, former new york city mayor, now jumping into the race, hasn't announced officially but has filed in a number of states. what do you think that does in the already crowded democratic field? came here new hampshire about eight days ago with one day left in the filing period. he announced his candidacy a couple of hours earlier and make driveive -- and made the from boston to new hampshire, put pen to paper. he is coming back to new hampshire in eight or nine days at politics and eggs, which is a must stop for white house hopefuls. he will be here monday. deval patrick is well known here, this is the boston medium market, he was governor of
3:56 pm 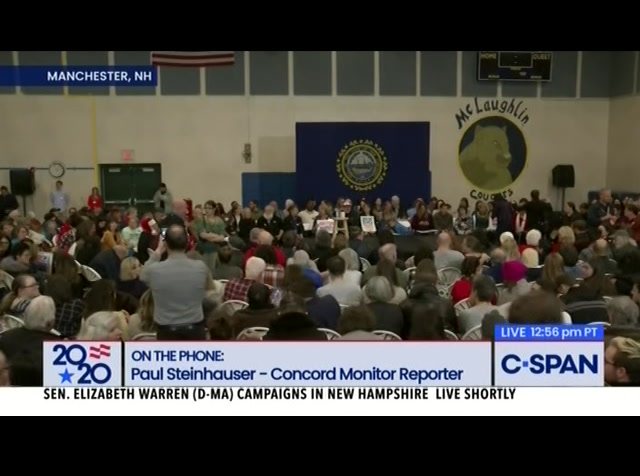 massachusetts until early 2015, so he is known here. he was looking at the field and i guess he felt another voice was needed, his voice. major blackhe third or african-american to jump into the race for the white house. as for bloomberg, my sources tell me the announcement could come next week. had theher reporters store yesterday that bloomberg, starting monday, will be going up with a massive ad buy, over $30 million from coast to coast. he has already filed in five states across the country to get his name on the ballot, and he also filed on thursday with the federal election commission to add his name as a candidate, to file as a presidential candidate, so that announcement is all but certain to come in the coming days. i guess it makes the more moderate, centrist lane of the democratic presidential primary
3:57 pm 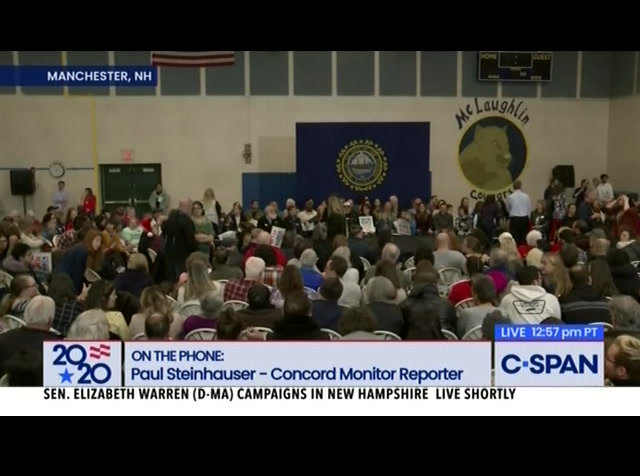 race more crowded, because these candidates are much more moderate, definitely not progressive. host: new hampshire is one of the five states, right? paul: no. bloomberg's top advisor two weeks ago announced his boss would jump into the race for the white house and would not be campaigning in the early voting states of iowa, new hampshire, net -- nevada and south carolina. his reasoning was this. he is getting into the race extremely late, very late in the process. he said the other campaigns have built up huge, grassroots outreach in the early voting states, which is true. the top campaigns have plenty of boots on the ground in iowa, new hampshire, nevada and south carolina. and they said, we are not going to try to compete with that. we are going to run a national campaign, which bloomberg can do. he is a multibillionaire. this ad by a loan of $30 million on monday, that is mind-boggling. no other candidate, not even tom
3:58 pm 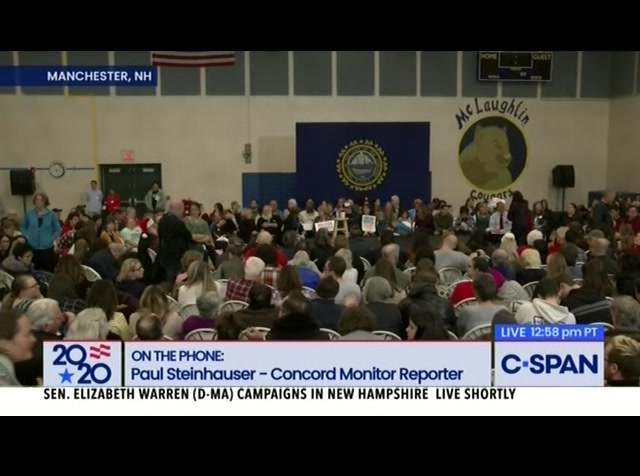 steyer, who is a billionaire, can maybe do that so quickly. it is almost pocket change for bloomberg. we haven'tve a name mentioned yet, joe biden. what is his campaign machine like up there, and his appearance is so far? biden probably is one of the top four campaigns in new hampshire, smaller than what sanders and warren have on the ground here, but a formidable machine. takenl the punches he has , he remains one of the top-tier candidates here. his events here are smaller than once you will see from pete buttigieg are a warren or a sanders, but he has a steady stream of support here. biden, it is not like south carolina, where he is the favorite. but he is definitely a top contender in new hampshire. host: paul steinhauser for "the concord, monitor" political
3:59 pm 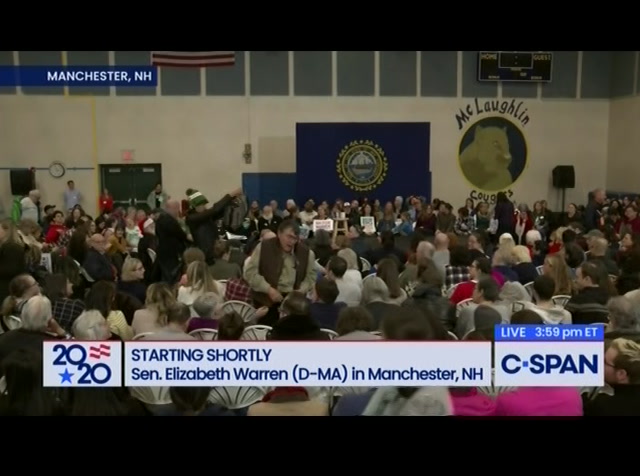 reporter covering it all, we appreciate your update. ♪ " playing]rry love while we are waiting for the arrival of democratic presidential candidate senator elizabeth warren at this town hall event in new hampshire, she will be meeting with voters and answering their questions. this is the second time senator warren has visited the granite state in a month. this is live coverage on c-span. ♪
4:00 pm 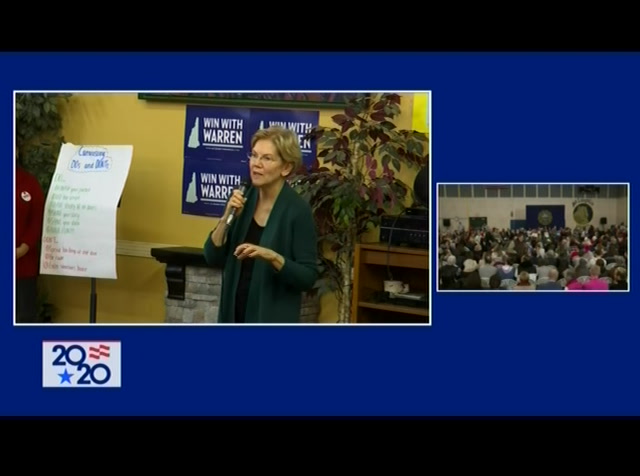 someone in line ahead of you at the grocery store, every time you make a phone call you are repairing a little thread in our democracy. you are making this democracy work. you areeful for what here today to do. [applause] ♪
4:02 pm 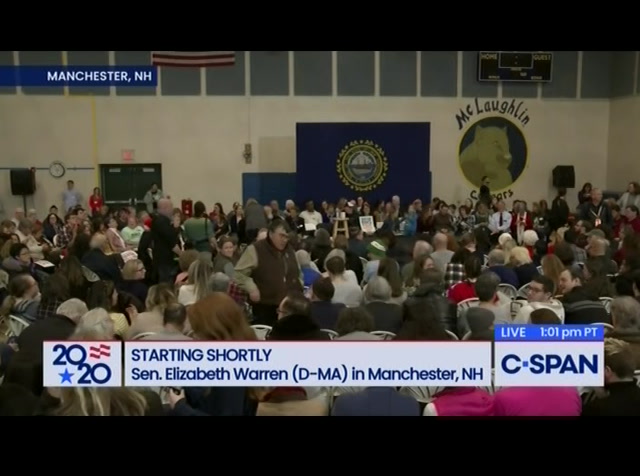 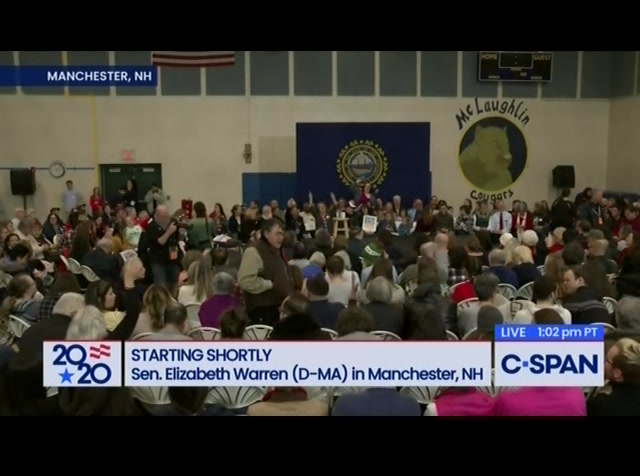 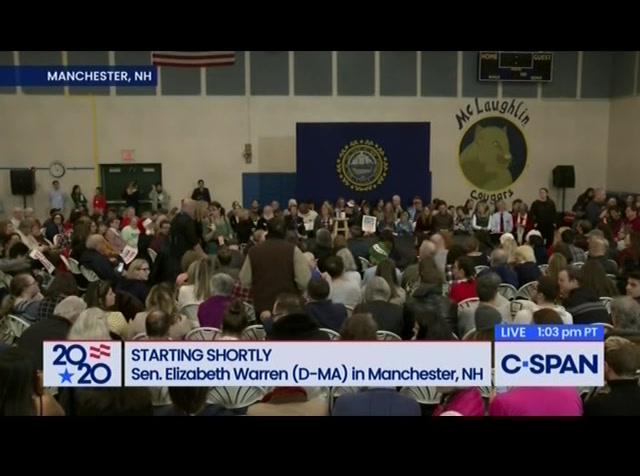 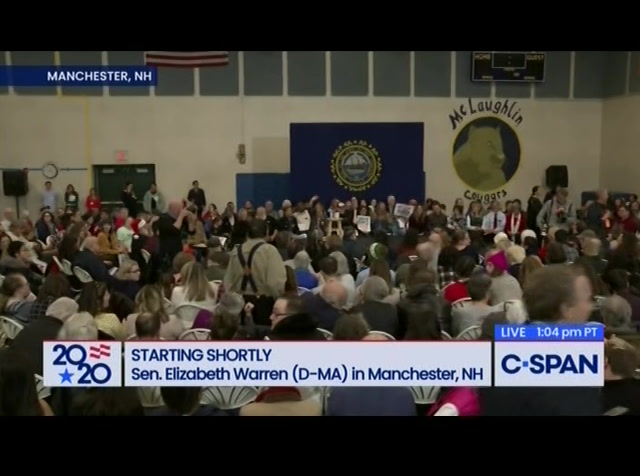 ♪ >> hi, how is everybody doing. i'm a wife, a mom of four, warning new hampshire and i lived in manchester for 14 years.
left
right
email Borrow Program
tv