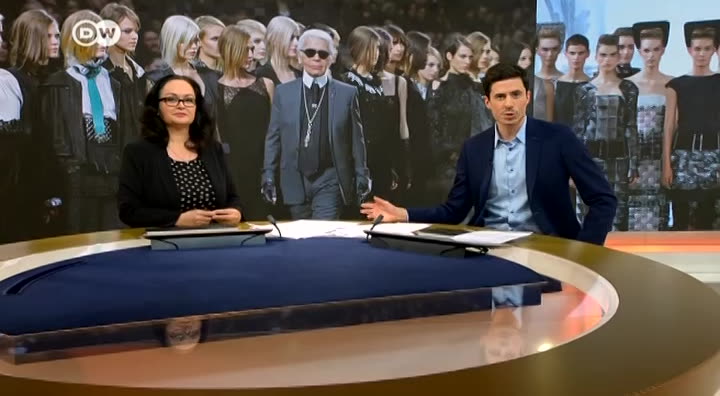 welcome to this special edition of arts and culture paying tribute to the late great col lagerfeld one of the most admired and influential designers of modern times with me in studio is d.w. cultures melissa holroyd. colorado photo once said of himself i'm very much down to earth just not this earth that pretty much sums it up he was larger than life hard to even imagine that he was just a mere mortal yeah he was he has been synonymous with fashion for decades now and he did turn himself into somewhat of a mythologized figure he was more of a popular i call in or a character than a real person to those who didn't know him so it's a certain way he is uniform eighteenth century inspired dandiya appearance he's ponytail he's passion for diet coke and his love of his cap ship it too had a social media account i'm told with a lot of followers who have been following it for a while yet so he was obviously best known as the creative power behind the
6:46 pm 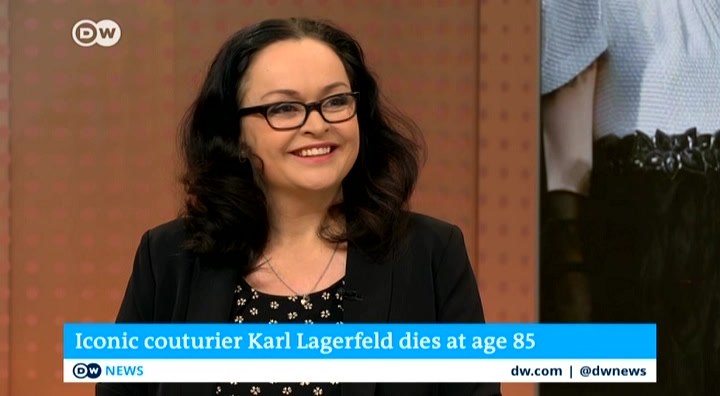 legendary french fashion house chanel which he saved from the brink and really sexed up by dropping him and adding glitz yet for we talk more we want to get a look at some of the glitz. of it karl lagerfeld. fashion designer karl lagerfeld was instantly recognizable with his trademark dark glasses and ponytail his career in fashion spanned seven decades galaga found was more than just another fashion designer he was an icon daioh. believe me we live in very fast moving times you just have to be able to keep up it and if you can't keep up you'll just forward behind. the felt was born in one nine hundred thirty three the son of a wealthy businessman in one nine hundred fifty three he moved to paris. a year
6:47 pm 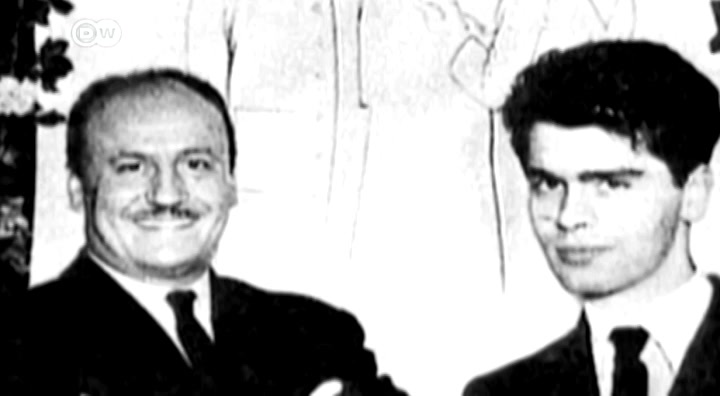 later his design for a woman won an international competition this was the foundation that helped to launch a career in fashion he went on to work for all the big fashion houses in one nine hundred sixty three becoming the creative director. twenty years later he revitalized sure now. i'm lucky that i can do what i want without thinking about money no problem we don't have to be afraid that this is the luxury of chanel and that we can do what we want as often breathtaking shows became the highlight of every paris fashion week the sets for the shows are of course. also designed by lagerfeld. along the way blog referring to has been inspired by a number of muses back east yeah because. they're
6:48 pm 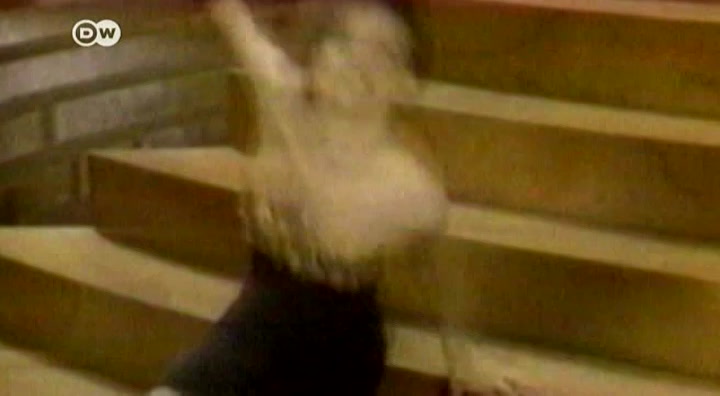 still a first song and of course cloudy a shift. most comfy to move in this profession you have to have many muses there's a kind of how shall i say change that comes around so often that one would be foolish to commit oneself it all depends on how the girl develops and above all i am here to be inspired by everyone. fell managed to create a balance between. and retail fashion teddy with his trademark suit and dark glasses is a p.r. coup he was the first major fashion designer to create a collection for the swedish high street chain. his latest muse cat. karl lagerfeld was skilled at staging his public life but preferred to keep his private life under wraps the notorious workaholic was always on. the move for is
6:49 pm 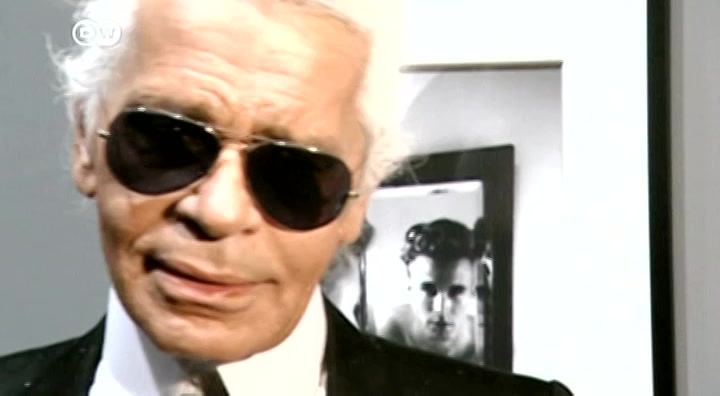 looking for the next thing always keen to reinvent himself. but i'm never satisfied on what you've heard of you're never satisfied you can go on the minute you start thinking your satisfied we couldn't do better that's the charm you should stop. a special homecoming in twenty seventeen for the first time karl lagerfeld presented his creations for show now in the town of his birth. carlotta the legendary fashion designer has passed away at the age of eighty five. and his last collections just last month in paris unfortunately he couldn't be there himself but he really basically worked up until the very end melissa talk about passion yeah that's right and he was made to you never went to fashion school he went to paris he followed his trains and he never complained he was also
6:50 pm 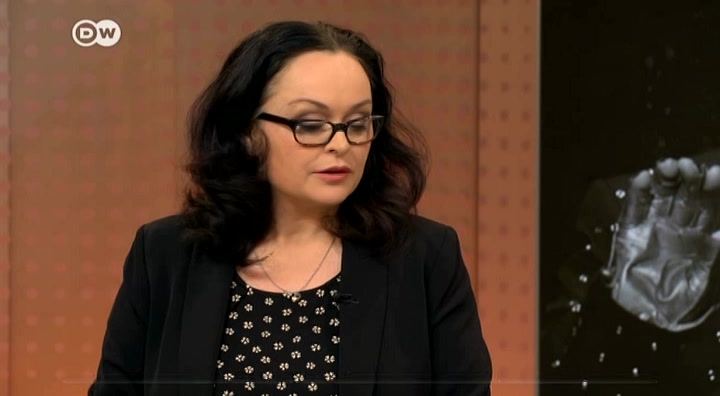 a workaholic and he really lived for the moment he didn't drink he didn't smoke he described himself as a puritan he was also involved in a great many things and really set himself no limits he was someone who always seemed to be open to things that were around him and quite a characters who i mean he even sort of himself that he had created a sort of a caricature of himself why do you think he did that well i i think some people are more comfortable with the extremes on and i mean he was also known as somebody who said witty and controversial and and sometimes offensive things he refused to acknowledge heidi klum and said claudia schiffer didn't know who she was either. that ugly short man would dangerous and ensure that people who were track pants had lost control of their lives oh my goodness those are those are definitely some words to live. but i. was born here in germany but paris ended up being his home
6:51 pm 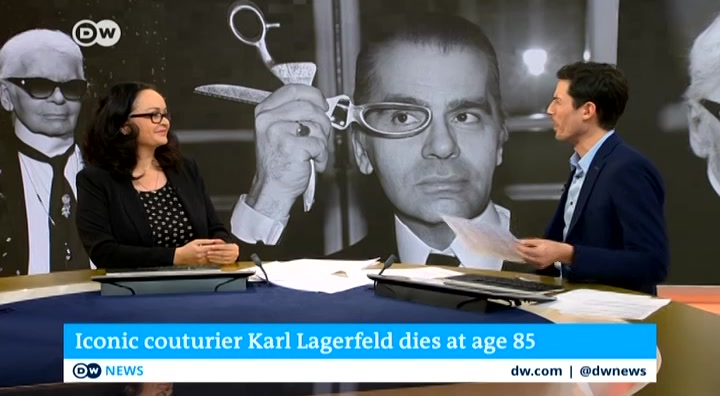 yet but he did say that he was at home everywhere and that he wanted to know everything and participate in everything he was very multi-talented not just in the area of fashion he was a publisher he was a photographer he was a collector he collected some three hundred thousand books he designed was also a film director. he also shot his own campaigns that were transformed into books he had exhibitions including this one that we just saw there. yeah and also he was also a very keen ruler as well he drew all his own designs which is something that isn't usual today. yet so as a boy a lot of film said that he wanted to be come a caricature and that was a wish that was also the fields he was regularly published in the in the jim and
6:52 pm 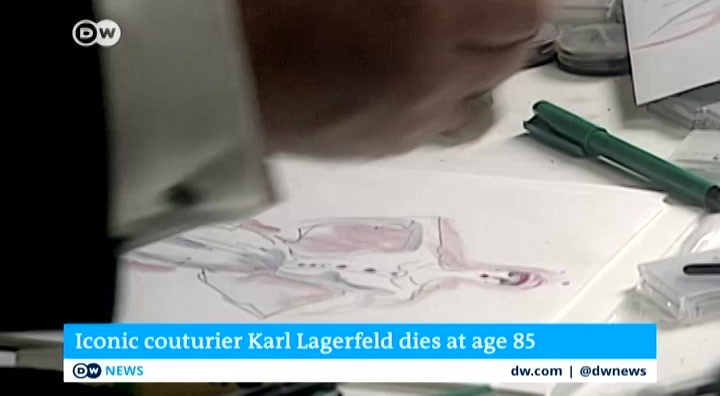 frank. yeah so he was a fashion designer a pop icon a multi vaillant talent and of course even though he was a very polarizing figure the fashion world now seems to be quite united in paying their respects we're seeing tributes to him from fashion heavyweights and fans around the globe thank you melissa have more of karl lagerfeld for you later in the show for now though we want to turn to the world of music french singer songwriter and actress. got her start at the on the big screen at the age of five the youngest in a family of famous artists she struggled at first to find her feet now is thirty six a star in her own right and after two rather melancholic albums her third album is a little more upbeat. every camp.
6:53 pm 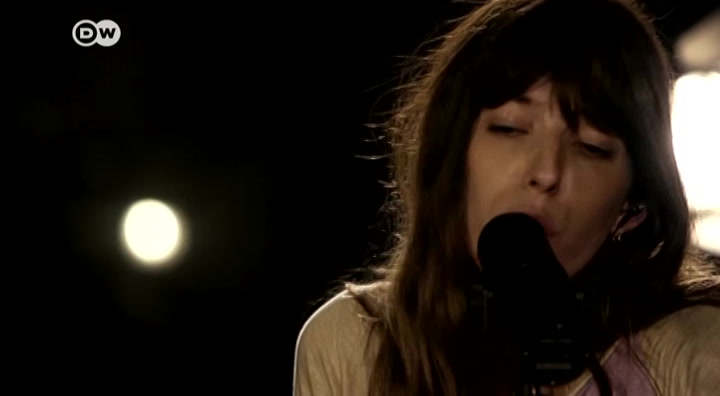 is jane perkins daughter. charlotte dance books half sister. singers and actresses in one family known in france as the birkin clan she's now in berlin to promote her latest album soliloquy. loves the sound of the guitar as a young girl she had piano lessons but didn't like some she preferred. cousins in england or played in punk bands. behind their snotty their havior in their clothes he do realize that you need i like that a lot more than a sentimental songs songs with sugar sweet melody they give me
6:54 pm 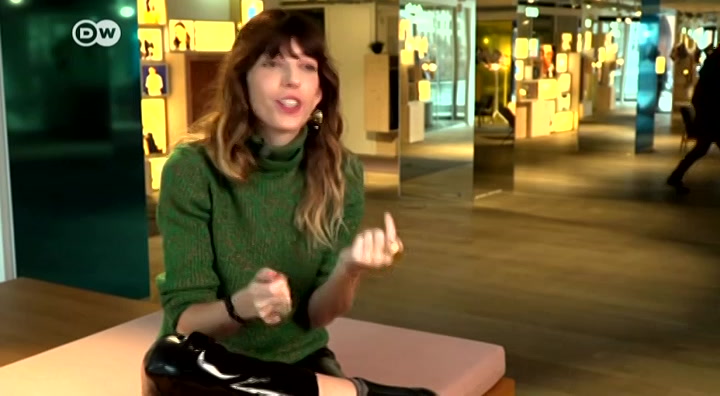 a stomachache. both her mother jane birkin and lucy father film director two i own planted the seeds for the children's love of cinema music and poetry a creative universe in which lou and her sister charlotte tweed make their way even as young children the siblings learnt good is also hard work. i've been taught to love the work that is what all members of my family have in common a special relationship to work. work for a time as a model and actress but today at the age of thirty six she has found her place in the world of rock music she told herself to play the guitar and unlike her half sister shot she writes her own songs with our latest album. i don't feel so she has come home the talk show is so now joining its production she
6:55 pm 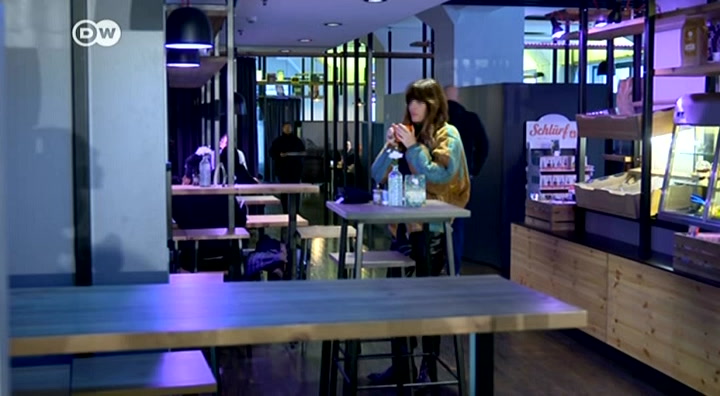 sought to really listen to her inner voice music and most girls had this time i really took the reins musically and more than usual and i'm satisfied it worked. with just one hopes her songs speak to people from all over the welsh just like those of our rock heroine patti smith that suspense the age of fifteen or sixteen i was crazy about patti smith's music i read all the book she read visited every symmetry she visited i like the photographers she light i love to radiance and i dreamed one day of being able to develop a similar charisma. to that. the new album is an excellent start. catching up there with patti smith that's no easy feat keeping up with her sister
6:56 pm 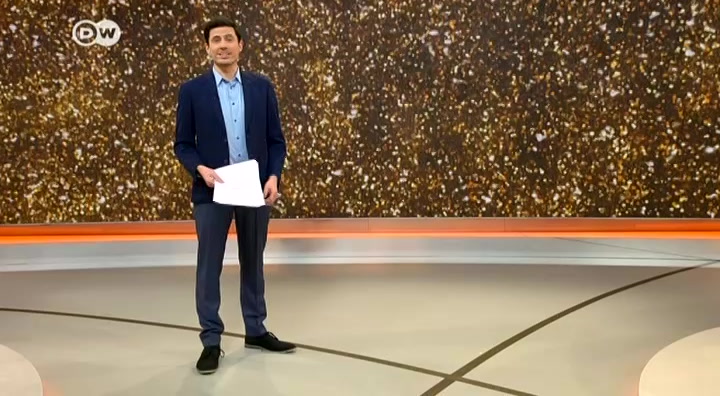 charlotte and her mom jane new dwight also album soliloquy is out now and for more culture news you can always visit our website at d.f.w. dot com slash culture you can also follow us on facebook and twitter just search d w culture now for me and all the crew here in berlin thank you for joining us for now we'll leave you with more of col lagerfeld the iconic designer whose death at age eighty five weaves a huge gap in the world of fashion. the
6:57 pm 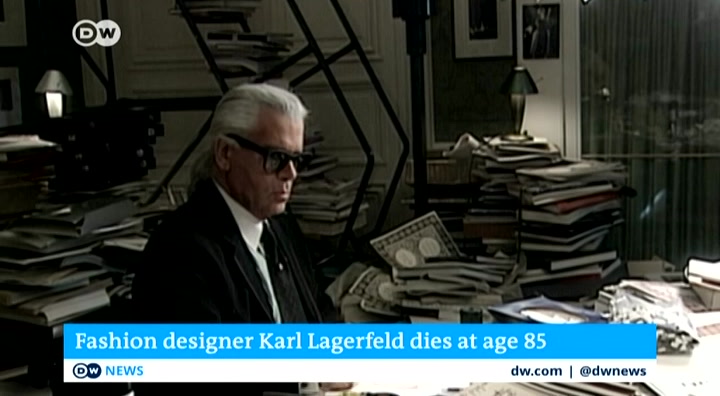 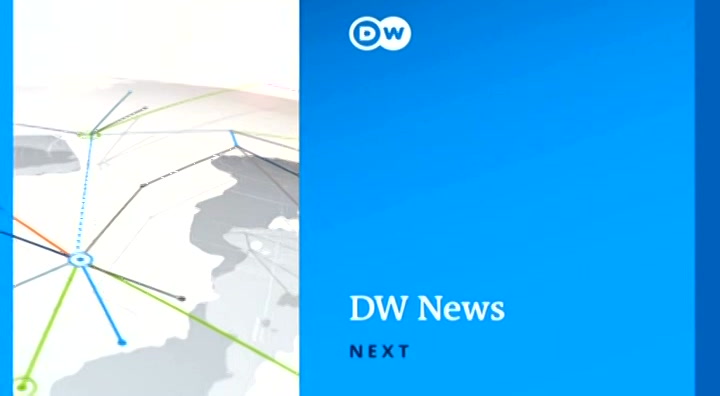 because. humphrey so much loves more gets miles and sets its sights on the whole bleak. white house of a must to hide in a relegation worthy performance. dashed hopes of a man shots have to belly up with a last second equaliser. kick up a. few minutes of double. dealing into an official estimates more than one point two million venezuelans have in colombia legally and illegally. already at all returned to vast. to visit friends is that i don't think i'd ever go back there to live you know what i live there again i don't know so i'm not sure. witness global news that matters. made for mines. this is
6:59 pm 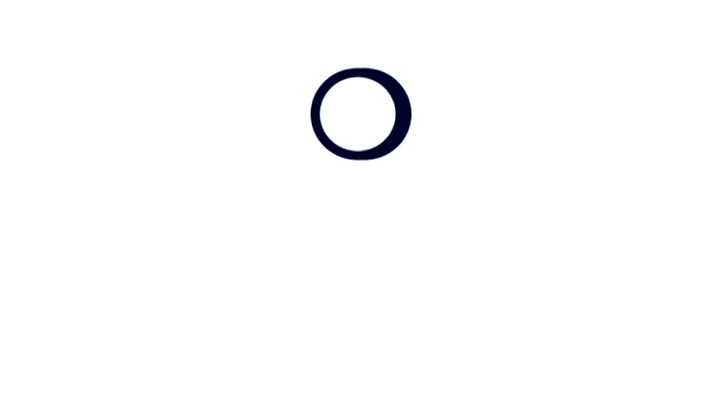 a fifteen year old girl. being gang raped. his teacher is beating a boy for talking by compliance. but the rest of the class watches. appear and told first been killed by his mother. breaking up last. as child sleeps in the streets because her family through her. fear. online bullying. pushes a teenager over the edge. just because you can see violence that comes children doesn't mean others and there are make the invisible visible. might violence against children disappear.
7:00 pm 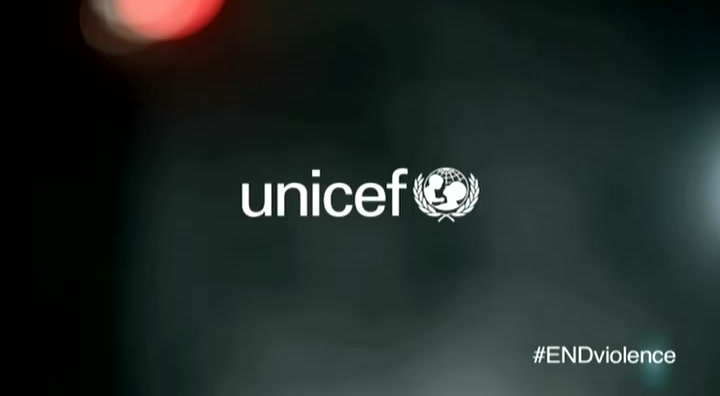 this is you know when there is life or role in the king of fashion karl lagerfeld has died in paris. i'm never satisfied as long as you're never satisfied if you keep going as soon as you decide you're content with yourself or couldn't be any better it's time to call it a day but in all ways striving to be better lagerfeld was arguably the world's most prolific and legendary designer here we define women's couture before becoming a pop culture icon in his later years also coming up did he use annual freedom of speech.
left
right
disc Borrow a DVD of this show DVD
tv