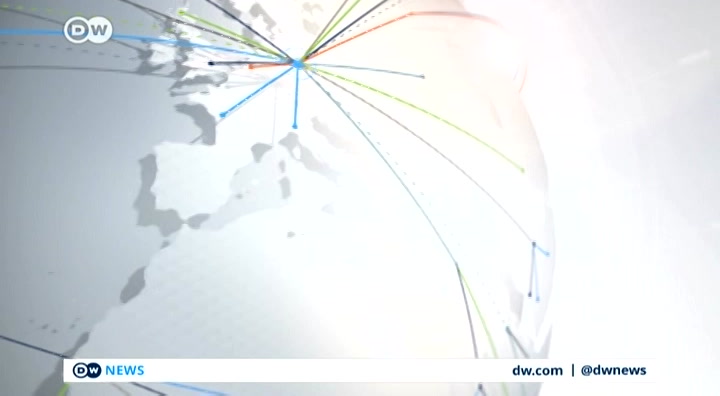 if you look at the stocks of the big u.s. steel and aluminum producers of they have been quite depressed actually in the past 12 months and then also when you look at the u.s. industry costs have increased to because some of those some higher tariffs on steel and alum in the i'm so probably what the u.s. tried to achieve what washington tried to achieve did not really work out that well there was a nother announcement today president trump today confirming earlier rumors that he's postponing a decision over tariffs on overseas cars and car parts he now says he'll wait up to $180.00 days and sorry for the outcome of trade talks with the european union and japan before deciding whether to implement the additional levies. the trans-pacific partnership was meant to build a strong hold against china's growing influence in the key player the u.s.
5:03 am

pulled out and the remaining 11 decided to go ahead anyway now several months on ministers are meeting in chile to see exactly where they stand. it's been a tumultuous few years for global trade with several previously solid relationships called into question. at the center of what some are calling a new era of protectionism is us president donald trump since taking office he's pulled out of a number of high profile agreements including in 2017 a proposed 12 nation free trade pact called the trans-pacific partnership or p.p. last year these 11 remaining nations came up with their own amended deal the not very catchy comprehensive and progressive agreement for transpacific partnership or c p t p p for shorts now this signal trees are missing in chile to take stock of the decision. so p.p.
5:04 am

has a strategic significance not just because of the tangible benefits this brings to their respective countries a great. place it is that part is an important part of the puzzle for us to promote a more open system and to resist that type of isolationism and protectionism those sentiments were echoed by other ministers who looked at the deal for enabling member states to increase exports and raise growth for costs in the 1st quarter of its validity all together it was a powerful display of multilateralism from the country's forced to wave goodbye to a free trade deal with the world's most powerful economy. and let's stay in the pacific with a look at australia it's been one of the world's worst carbon polluters per capita and a major exporter of coal climate change issues have helped bring down past governments needless to say energy and environment are major issues going into tomorrow's
5:05 am

federal election. took their protests to. demand the country's prime minister declare a climate emergency. australia is on the front lines in the struggle with climate change. is already experiencing. climate emergency and severe damage. and the number one cause of these climate damage that is already harming so many struggling families is called . coal is one of australia's most important exports with much of it leaving from point the world's largest coal harbor. many of these ships are bound for china speeding up the great barrier reef destruction. climate change is also firing up australia's elections the effects of climate change are hard to ignore here the adani coal mine is one of the conflicts epicenters. i have friends and family
5:06 am

working in the mines up in north queensland and i'm 100 percent i understand they can say that stopping call like it's a huge industry out there i understand that but i think this issue is more important than just single electrets i think it involves all of us trial yes but just really as ruling conservative party isn't willing to give up coal yet it still produces 75 percent of the country's power and billions in export capital and stronger storms forest fires droughts and dying reaps have done little to sway them . germany today decided to allow east scooters on the street it's been a heated debate because not everyone welcomes the devices but there are already common sight on the streets of some other cities like television and israel. electric scooters rule the tell of you streets. they fill a crucial gap in
5:07 am

a city choked with car traffic where there's no subway and where on sabbath the buses don't even run. the scooter craze got a huge boost last year when the us started a bird launched here allowing users to rent scooters using its app. birds general manager for israel says scooters could help reduce the heavy traffic congestion in the mediterranean metropolis. for a start we go to the q.r. code 30 percent and of our rides are between 8 and 9 am and 6 and 7 pm which essentially shows you that people that take the birds are people that are replacing cars. the scooters are meant to solve what's called the last mile problem of transport between home and a bus stop for instance allowing people to avoid taking cars.
5:08 am

renting a scooter costs about one year 0 plus $0.12 for every minute of travel. 10 minutes and fun it's a little bit crazy i think it would be better to have. specific. bikes and that. starting this year it will be mandatory to wear a helmet more scooter riders mean more scooter accidents. and many riders don't seem to realize the risks of riding alongside cars and buses. in slow mo is one person who benefits from the scooters mobility each night he goes around to collect scooters that if run out of power here is about 6 years for each bird he richar does overnight it's become a whole cottage in the. stree a 2nd income that to goran feels more like fun.
5:09 am

it's like playing a video game i think but. only you get paid money you don't collect. it it's called a bird feeding when the scooters have charged they're ready to make their way through the crowded streets of tel aviv again. boeing says it's completed a software patch designed to fix its flight control software the aircraft is implicated the software rather is implicated in 2 deadly crashes the company hopes the update will get the $737.00 max 8 back in the air officials around the world have grounded the once popular passenger jet investigators blame a new anti stall system used by the american plane maker since the grounding it's been accused of rushing the production of the max series to compete with its main rival europe's air bus.
5:10 am

and that's it for me in the business team i'm sitting there. watching.
left
right
disc Borrow a DVD of this show DVD
tv