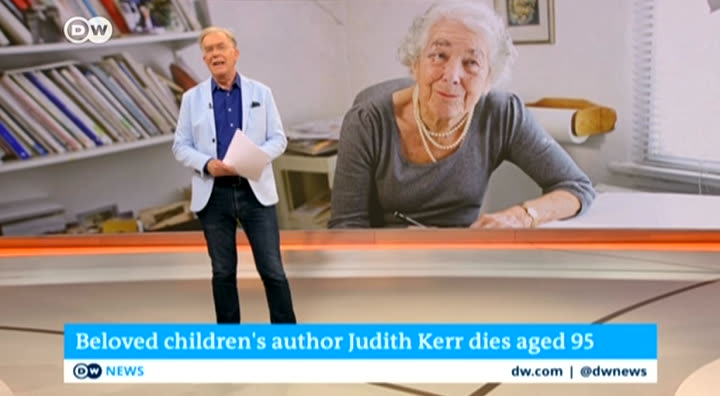 with a look back at the life of british writer and illustrator of children's books judith who has died aged 95 she was actually born here in berlin but fled the nazis with her parents in the early 1930 s. a most famous book remains the tiger who came to tea there were many witty and lovingly illustrated books like the whole series the cat was always getting into difficult situations is more. judith kerr's career as an award winning author started with a bedtime story she invented for her daughter she didn't wrote down and illustrated the tiger who came to teen which was published in 1968 and has since sold millions of copies worldwide but it was a less whimsical book for young adults that really launched her career when hitler still pink rabbit is a semi autobiographical book based on her own childhood experiences.
11:46 pm 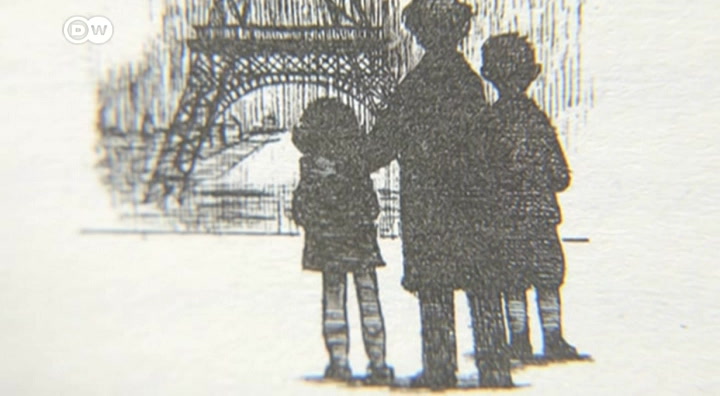 judith curry was born in berlin in 1923. other alfred kerr was an influential theatre critic of the weimar era and her mother julie occur was a composer alfred who was jewish was vocal in his opposition to i don't have. a police. round my heart and. my father was with. them then him up and. and the time to kill killing all passport to must get out immediately. never knew his name i've always wondered what happened to him but he said. that because my father. was dead and caught the next train out of germany. kurt fled to prague in march of 1933 judith her older brother michael and their mother also secretly left their home in an affluent suburb of berlin just before the secret police tried to
11:47 pm 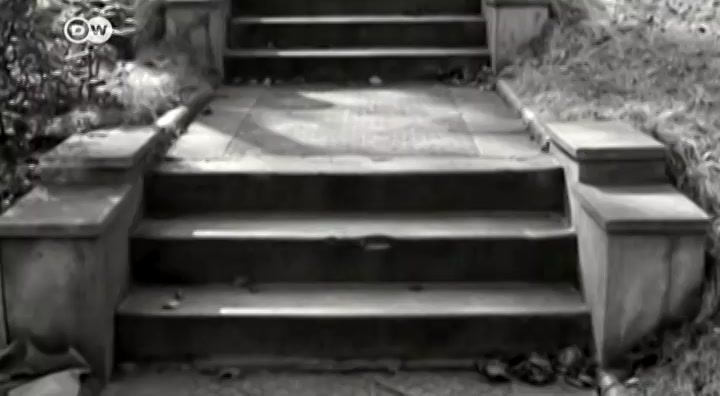 seize their passports they met up with alfred in switzerland the family later moved to paris and finally settled in london in 1035. her throat when hitler still pink rabbit which became the 1st book in a trilogy to try to explain to her children what her own childhood had been like but it was published as west germany was just starting to come to terms with its nazi past and the book ended up being read by generations of german schoolchildren it was published. i think in 74 at a time when the germans. hadn't yet really. managed to talk to their children about the past that obviously it was difficult and. this was an easy way in there because. nothing awful happened to us.
11:48 pm 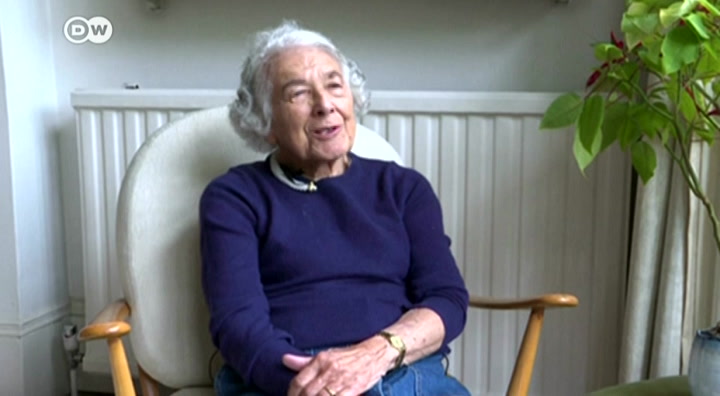 you know they had to read it in school and just part of it could kill them and then they had to write. a song about that because i hated to i thought also simple sites that i thought you should just read them and that was enough. to discourage went on to publish more than 30 books including a beloved series based on her family's can . she recently said that her greatest fear was not being able to work and indeed far from slowing down in old age she kept on writing and drawing. at the time of her death she had begun promoting her next book due out in june. what a wonderful lady and working to the end but a new book by the way is cold the curse of the school rabbit there's also going to be a movie out later this year of when it stole pink rabbit. now take a look at this this is a piece created by what's been out
11:49 pm 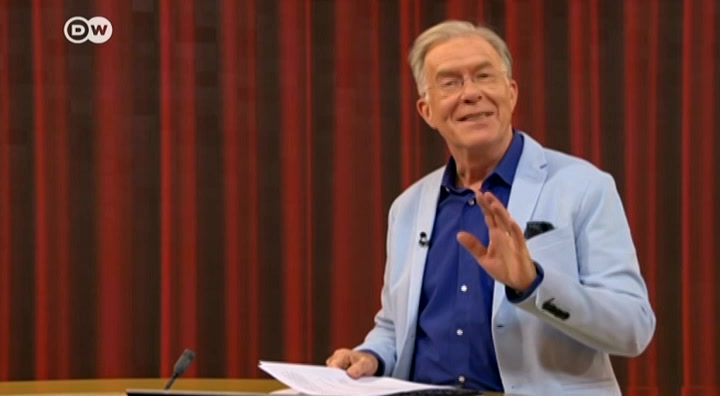 a multimedia company based here and then what you are watching is called how 2045 and rob the may tell you more about it let's talk to the found out and creative director of what's been there and the man you actually see dancing. because he's here with me in the studio christian no cat better known as being no thank you for joining it was the 1st of all briefly tell us how that piece came about is a piece about. man and complete it's to the environment so we were imagining how could it look like 2045 in accelerated future this is really 45 in the future yeah now you're a computer scientist and the choreographer that is a fascinating and interesting combination how did that come about i think i started both just playing as a child i learned to code from what i do things to that i was just playing around
11:50 pm 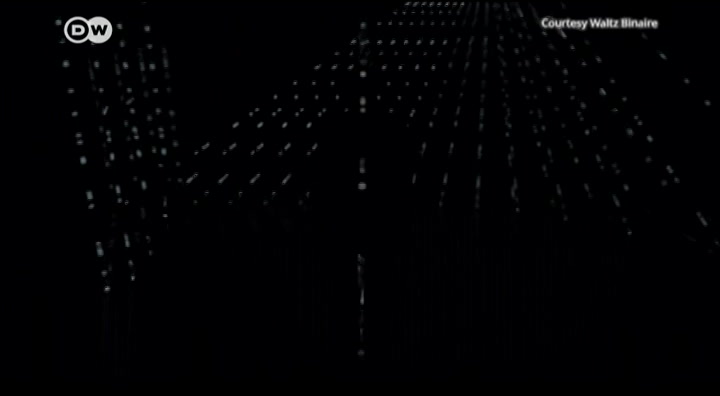 at the same time. germany but the world came down and that was directly into this very inclusive close shelf just space. ok. let's talk about artificial intelligence because i know that fascinates you now and we've got a recent piece called narcisse which is and i quote artificial intelligence reflecting on its own existence that sounds quite spooky ai looking at itself which would you say that yes i look at it i think i would say that it isn't them is able to describe what it sees in sentences now this is the a group of them that is just made and we thought what could this group them look at what is the thing that you continuously look at but never fully understand so we placed a mother bought into a camera in front of a row inmate this group in this machine put it like this about its own existence
11:51 pm 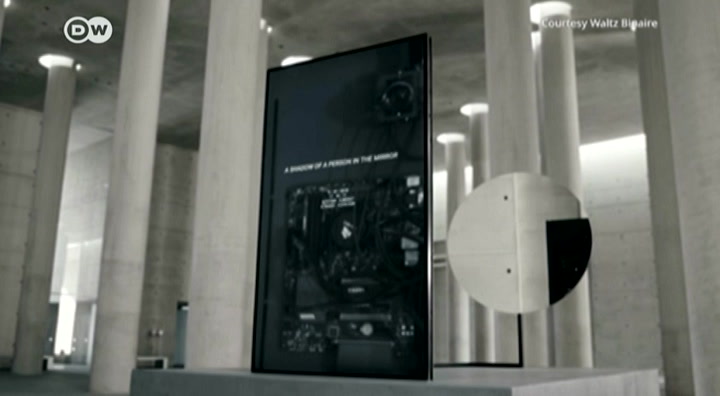 what am i but i mean do you think the machine knows it exists can it be very i mean you've called it narcissus or not this go but nonsense is in english perhaps or from the latin. can it be vain can a machine be vain can it have emotions i don't know if it could so the machine does not have intention and i don't necessarily know what vanity or ness is this but but i do know is that we speak very often just like me right now about i was hills and this is what he can do to. you really think so. yes yes ok now my father couldn't imagine as a child med landing on the moon i couldn't imagine as a child the internet existing we've got ai and technology moving so fast today your very creative so speculate for me what unimaginable
11:52 pm 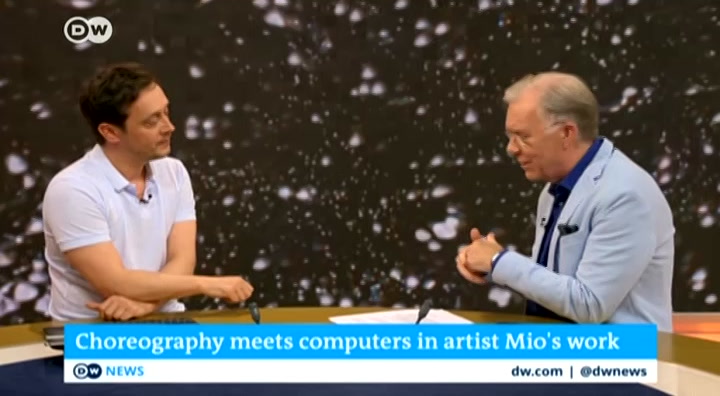 things are soon going to be possible i think being visionary today is more complicated than ever because i think i couldn't really tell next year it's that fast all technology is changing but i do believe that within the next 2030 years we will see an existence of digital existence that we can ask any question and it will respond. to and it will be right what it is do you think that's good i can tell that's too complex yeah let's have a look at one more piece this is called pig of our visa and now unlike any other pieces i've seen which all had contemporary music on it this has classical opera one that we were asked to actually to open the last and actually show. is always a chance what is played inside the palace so everyone is invited on the marketplace
11:53 pm 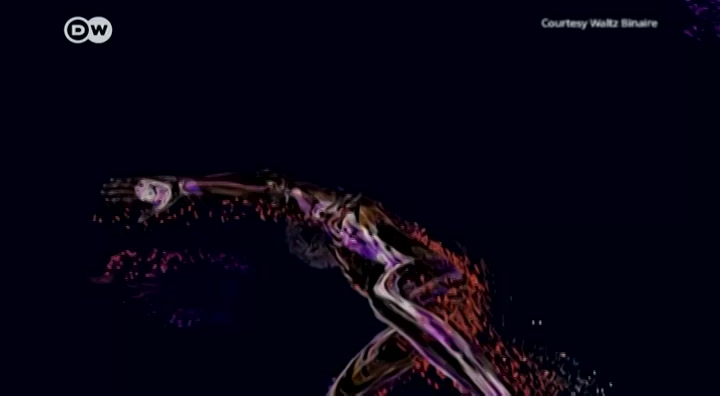 and from the perspective who says resident to see what happens there every road was different. for every sentence he says because what he says there is so beautiful he speaks about the room one during the world and searching for help ok this is fascinating been fascinating more chill stuff thank you meo christian the clan thank you very much for being with us today thank you. to brixton right up in the north of italy and a festival of lights and water it's just the 3rd year that the festival has taken place but it's no longer an insider tip with more and more visitors arriving each year they come to one office from all over the world can do by combining light with water using the cultural treasures of this beautiful old town as a backdrop. the
11:54 pm 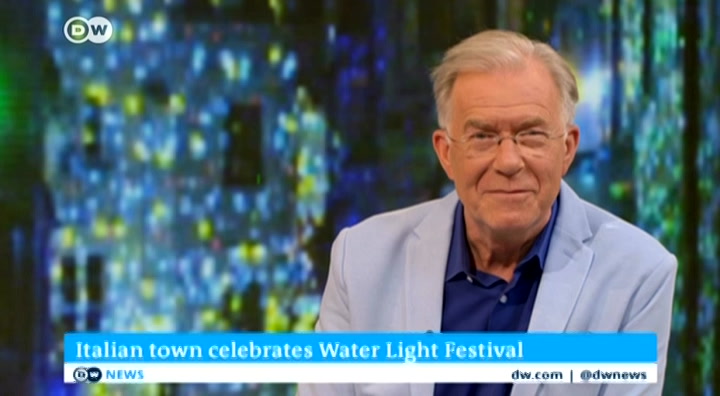 water night festival transforms the sleepy alpine town of bricks and into a moving canvas a playground for artists imagination it's also about raising environmental awareness springtime here in the out just means flowing streams of freshly melted snow ice melting ice is the follow up to the installation based monologues which are just stefano congo and staged at the dentist the amount both works are commentaries on the global climate crisis. why why about ice because i'm talking about we talk about become a change or that we are losing all the glass sure. the festival uses lots of electricity and water but the organizers say sustainability is a high priority. sustainability is also the subject of this projection revolution by british artist alex robots who
11:55 pm 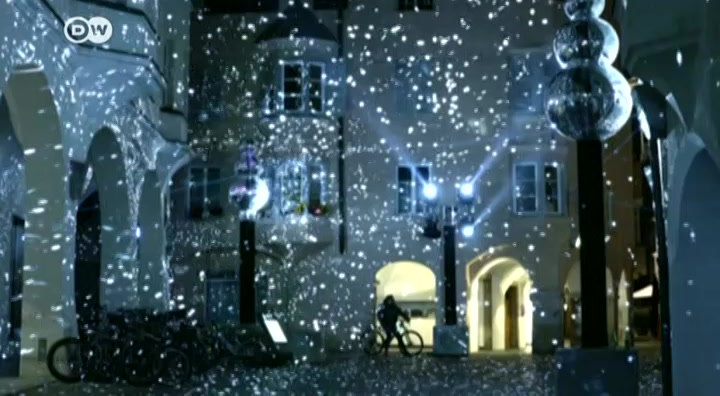 now lives in italy. sam and the history of hydro power and its use its. inspiration comes from this region here. it produces a lot of. energy use a higher interest rate. and we should be using the power in this way because clean energy. the light designers from the french company spectacular layout are also among international artists presenting the festival they've set up 3 installations. this one is called the water the light and then moved it was. by my designer.
11:56 pm 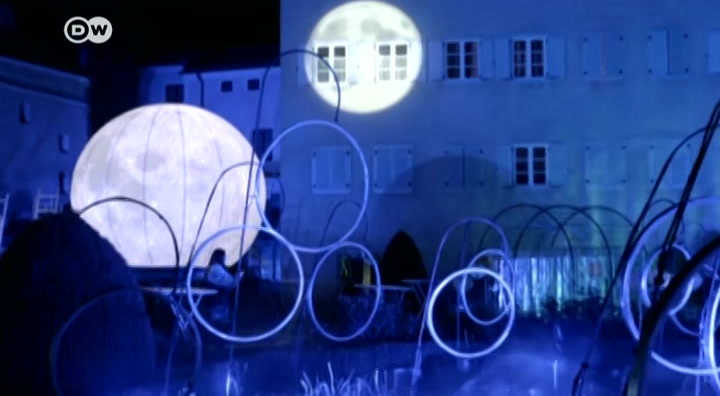 i see the installation as an opera in 4 acts as a symphony. and we present the 4 elements influenced by the phases of the mood it's an arrangement of reality and fantasy from the consumer it was. nearly $80000.00 people came to see the festival last year that's about 4 times the town of pixels population even more visitors expected to see. the water light festival harnessing creativity to raise awareness of resources and how we use them. now one of them or most people are going every it looks great more on the web sites d.w. dot com slash culture i leave you now though with pictures from the british museum in london which currently has the largest exhibition of manga ever being displayed
11:57 pm 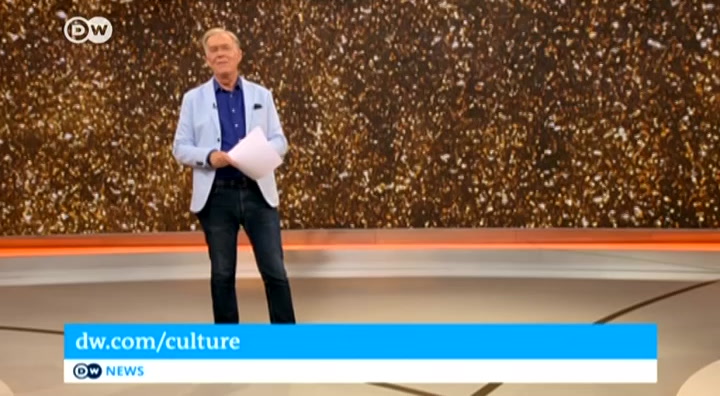 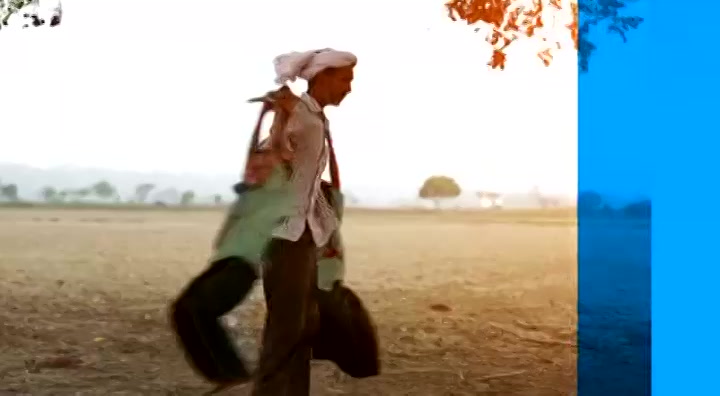 entered the conflict zone. last known as venezuela's opposition some to bare bones just moves yet to try to get the military to come over to their side my guess is the fear in london is fun misalignment representative to the venezuelan opposition leader and the self declared president why don't know what happens next conflict sophia up to 30 minutes to go to. germany which. any time i misplaced. video never. have the benefit of. songs to sing along to download the disco combo from soup. to
11:59 pm 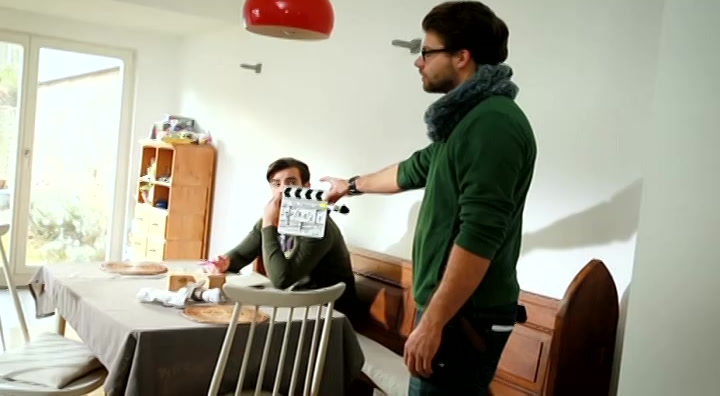 cut. a very costly kind of into active exercise is hard thinking about that detail when you don't come to ash adoption and i'm on facebook and the app store. and then gem and for free with w. germany's. constitution the 7. doesn't the far reaching for germany. crown. all seem these basic old 10 cent this. minute burgling little terms guide for germans to bring up an i love for lent.
12:00 am 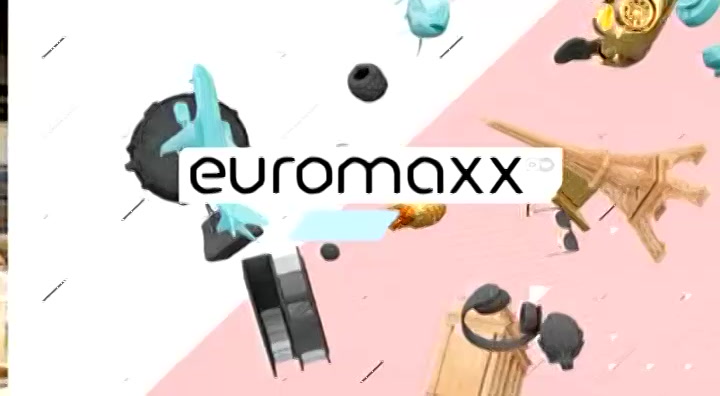