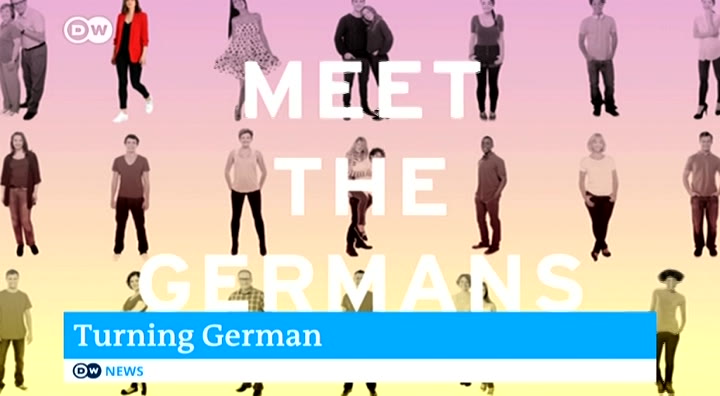 series meet the germans it's time to take the citizenship test well reporter rachel stewart's version of. the movement was the most influential school of design in the 20th century brought together. and designed with the idea of an integrated approach where full follows function it was originally conceived 100 years ago by the architect. as an experiment in education but it ended up having a huge influence on modern design even to this day now in this anniversary year a brand new bauhaus museum has just opened in germany. i don't queue which is not just there to liven up the desk downtown center it's designed to provide a bridge between the city and its powerhouse architecture. it was created by the spanish architects office at the end it stringent functionality only becomes
7:46 pm 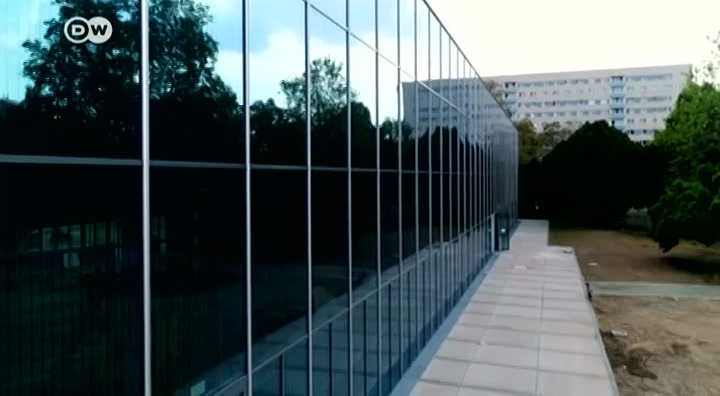 apparent only in signed 2 pylons at the front and back at our 50 meter bridge without further supports. the 1500 square meters of museum space. below there is plenty of room for a range of activities. for example this mobo color i want to work by lucy raven it alludes to the color investigations carried out by bauhaus pioneers and to the transparency of bauhaus architecture. the work of art arena by rita mcbride has also found a place in the museum. up stirrers is the desk how about house collection the museum does not limit itself to the battle house years but illuminates biographies that outlived the school itself the emphasis is on powerhouse as
7:47 pm 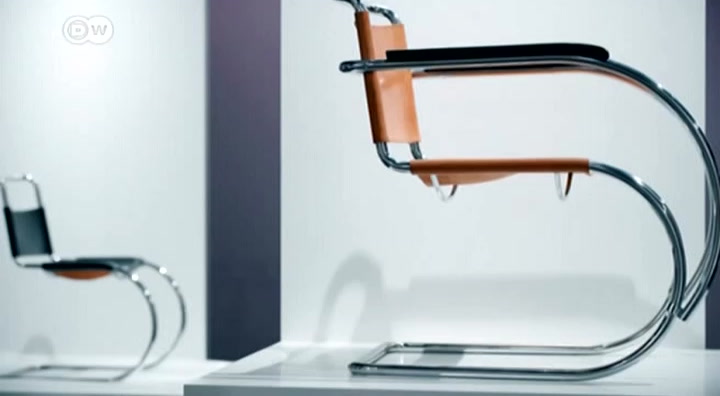 a place of experiment where things could be tried out. as the one that concept concept for the exhibition doesn't concentrate on the masters and their design i can see but primarily on student works so he you can see how things were created where the process is and who collaborated with. by. using pairs of artists and illustrations the exhibition tells the story of teaching that slow more knowledge and mariana brandt whose metal vessels are in great demand today. the 2 artists are highlighted here. as lunch. this is a rare replica of the home carrying artists like. it was all about the senses and the elements painting with light touch how do you fumes feel and what could
7:48 pm 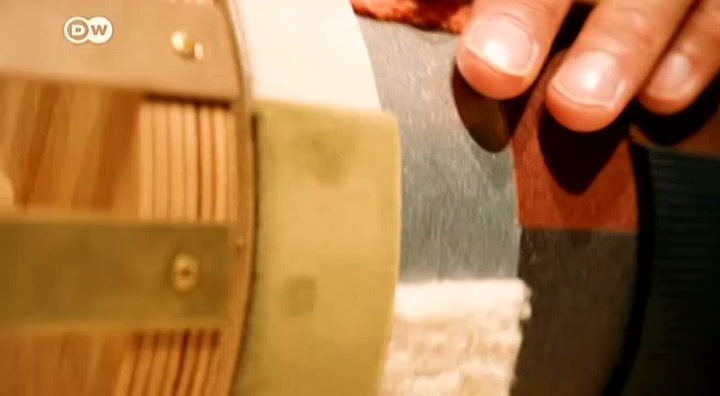 a new human look like here figures by a. half man half machine and early statement of the problem of official intelligence with its focus on teaching the exhibition wants to show that bauhaus is still relevant today. indeed it is my colleague margaret kruger joins me now now that looks very nice museum lots of bio has designs but it's also got contemporary modern art that was. bad because ours was all always about moving forward never standing still and at the bow school it was all about experimenting and thinking things new. and when we look at the architecture they're in debt. the business for example. see them the right now. price and more than the same old the settlement in the town it's not all station at all and even the old job sense of from the late twenty's it's small frankly
7:49 pm 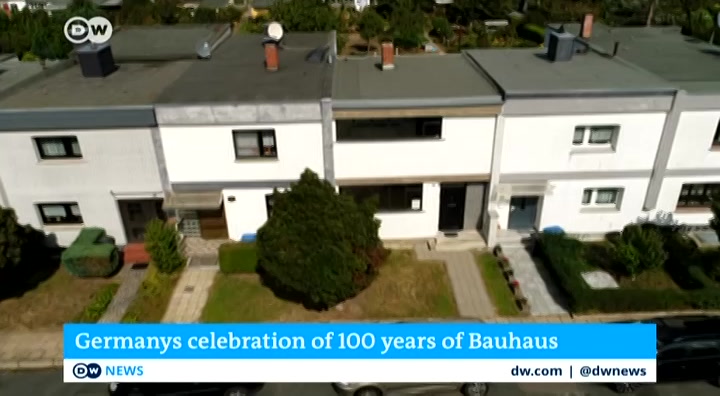 a lot and then all the building from today it does it does look as though it could be built last year did not suddenly know about this is funded founded in volume which was so shit with cultural greats like gutter and shallow. but why is the museum and. it is about his experience in desk it's absolute day it was based on by mail for just 6 years and then the government decided to reduce the funding for the bow school and the members. of the politician that was just a crazy wild colorful vital goal the 1st direct opponent in buying a school bought something managed to bring some of the greatest artists together really convince people clearly all. finding it here they created pioneering ideas not only from aka tech jet design graphics but also a whole experimental downs. like the 2 yeah this is by let he always see it because he can also see the language of forms and in debt so it was
7:50 pm 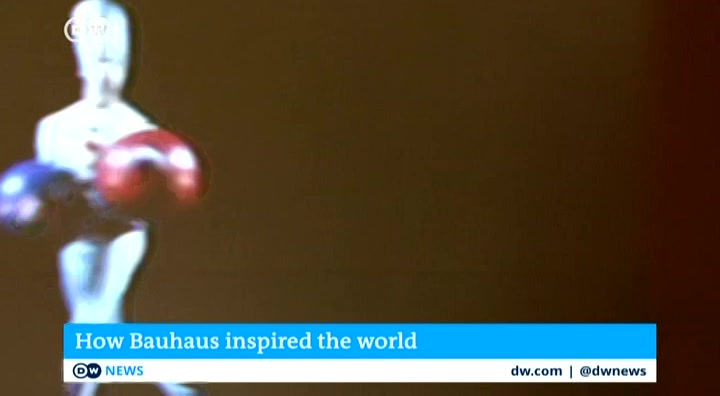 just possible to continue the successful and in a way to fork and briefly when they got real problems a bit later in 135 in the not just going to prom yes that the nazis forced to close the school and the memos and the teaches have to find just they always so they moved to lots of countries in the world and it was just an inspiration and it's ok it's clear is now i mean you could walk down the streets anywhere and just find it . ok micah thanks very much for joining us the time is all about our house which is set of ideas 100th anniversary this year. now it's time for meet the germans where all reporter rachel stewart investigates the traits and idiosyncrasies of germans anyone who wants to have a german passport has to take a citizenship test and having done so myself i should just say that rachel's
7:51 pm 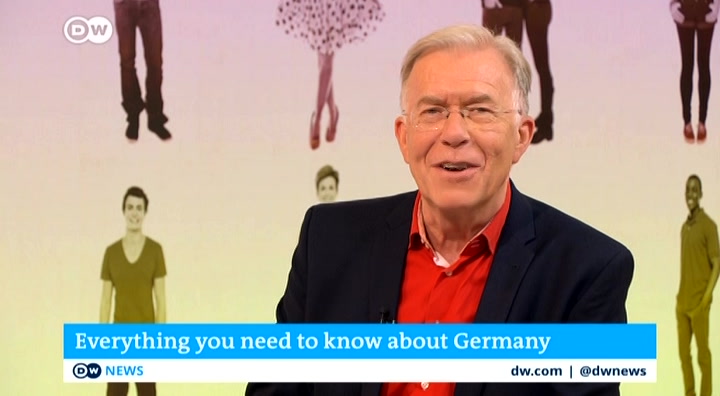 version coming out is not quite the real citizenship test a little bit of poetic license by her here to show you what you really need to know to fit in in just. 3 cons and i never asked her to step in for this. how do you wish someone luck in germany again. took the dollar. question one which values should you live by as a german though if. grumble. shalt be brutally honest. your room regularly. question 2 you're going to spend the typical german weekend 1st up
7:52 pm 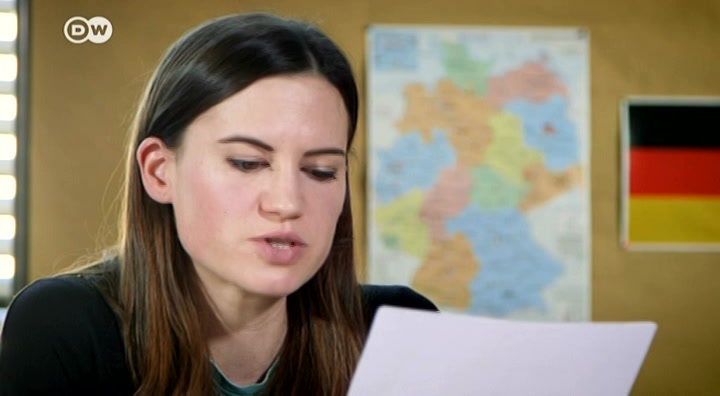 breakfast which of the following items do not belong on the table. sliced me toast bread well it's frowned upon much better to have some fresh bread rolls but. usually your best bet to be. with milk. and what they're missing what should you be doing at 8 15 pm on a sunday platter advised this one every sunday at 8 15 pm i'll sit down in front of my t.v. to watch the german cult crime show taught. to think they can tell that i don't actually like top off ok next imagine you come to a pedestrian crossing. and the red man is showing there's not a single car in sight so what do you do a cross the road will be wait for the green man i've made that mistake before even got caught by the police and had to pay a fine. every good german knows you do not disobey the red man.
7:53 pm 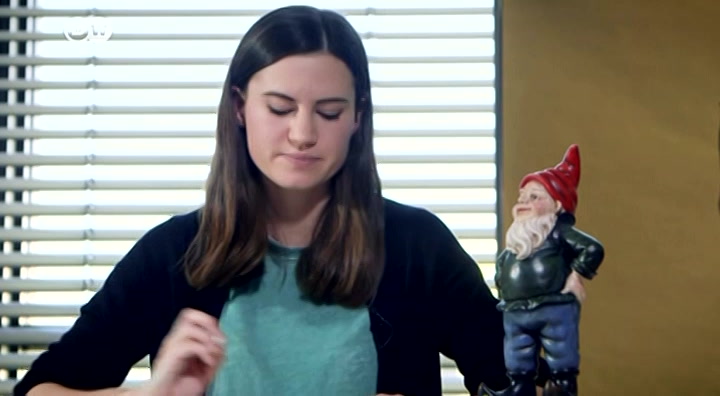 platinum card. the legendary german supermarket test ok now a chit chat with the cashier is not going to much space to park is going to be lots of people muttering behind you speed is the name of the game off to play it's a fat chick nor. if they could. last one turn over the page and stare at it for one minute without crying. please yes. what's this points will be deducted for incorrectly marked answers the germans the 10. when can i get
7:54 pm 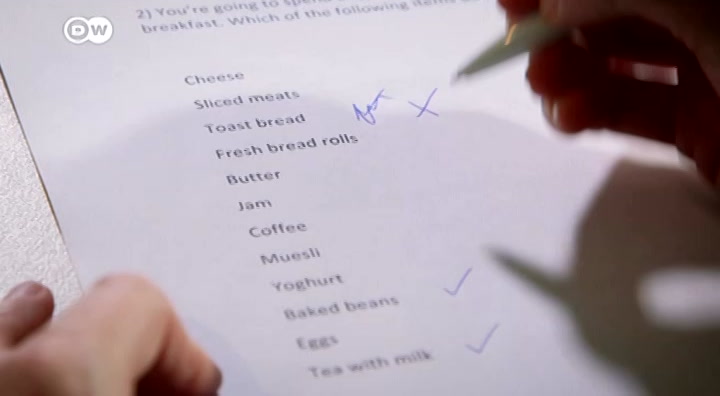 the results 10 weeks i love german bureaucracy. now the iconic fashion designer karl lagerfeld who died earlier this year was also an accomplished photographer he took up photography in the $99.00 he's moving behind the lens at 1st to shoot his own fashion campaigns but then moving on to create with his photos an exhibition of his work has just opened in a museum. curated by his friend and publisher. picture that looks painted but is actually a photo you have to get very close to see how it's done for karl lagerfeld no effort was too big when it came to getting the perfect shot. once he said to me while taking a picture you know where the light comes from in my stupidity of course i said no
7:55 pm 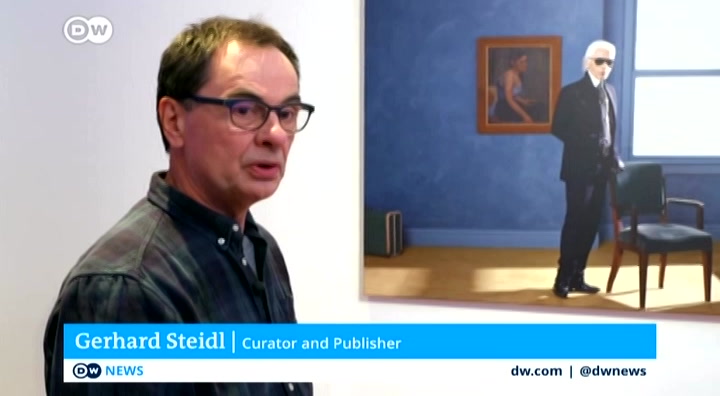 to be honest not really look at vermeer's paintings he said so i did and when we were back in paris he put a book from his library in my hand about setting lights in the paintings of the media. and in order to achieve the same effect he skillfully lit his lebrecht backdrops with artificial light lagerfeld particularly liked to reinterpret works by well known painters here he was inspired by the american artist edward hopper for 25 years publisher gary hart exclusively printed all of lagerfeld photographic work and published more than 100 books with him a close working relationship and friendship lagerfeld liked to send faxes i 5 in the morning. 6 come to half past 5 you would call and say you have you with the facts yet i'd say yes of course and then he would get irritated and say well
7:56 pm 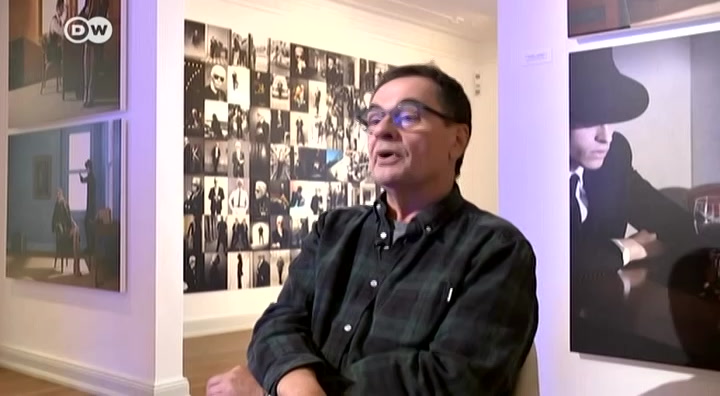 please comment right away so we can work together more swiftly. being in front of love lens was something special even for top models like kate moss and helena christensen muse french male model about joba coney is only present in the exhibition. and betty said it worked in a helicopter factory as a mechanic and he somehow got to know who loved her. he understood instinctively how the flaunts had to unfold for a shoot. was love to found was so taken with but gees that she dedicated a whole volume just to him but she just moved in the throes of ecstasy the dog felt took countless photos the shops have to own groove in the exhibition. karl lagerfeld was a visionary who liked to take things into his own hands when partners demanded
7:57 pm 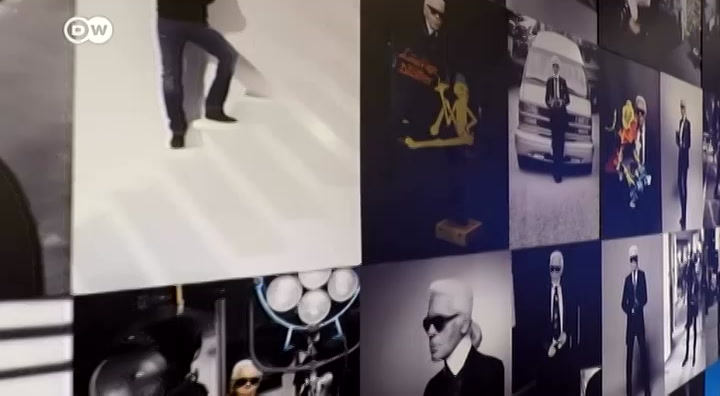 picture of him he cheats of himself with a time out that way he could be sure perfection. a perfectionist and they were many more stories from the world of arts and culture on our website of course t.w. don't call them slash culture but that's all for this edition thanks for watching and join us at the same time to morrow if you can but for now.
7:58 pm 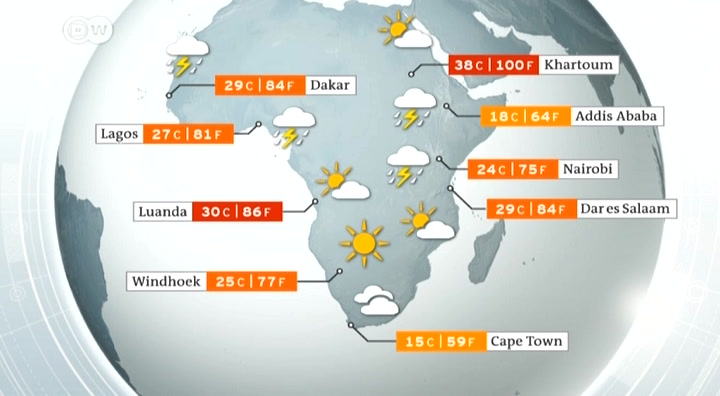 into the conflict zone with tim sebastian. here in london it's still all about bricks of course johnson has shut down the fractious and i agree column of my guest to this week you sound you bridget conservative m.p. and leading critic supporter who boris johnson now ok the law of the parliament is put in front of him like so few minutes double. d. to know that 7. 70 percent. are younger than 6 o'clock. that's me and me and you. and you know what it's time all voices but. the 77 percent he told me. this is where.
7:59 pm 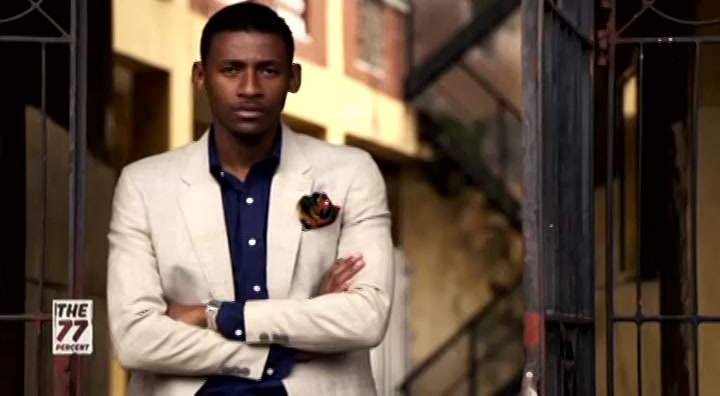 the 77 percent this weekend on d w. natural riches of precious resources. and a rewarding investment. of farmland has been called ethiopians gringo. the country has an abundant supply and leases it to international her china. government after high next for revenues and the corporations high profit margins. but not everyone benefits from the booming business. objects from mission the barman to destruction starving. the price for government and corporate greed. selling out of the country. dead donkey know how you know. start
8:00 pm 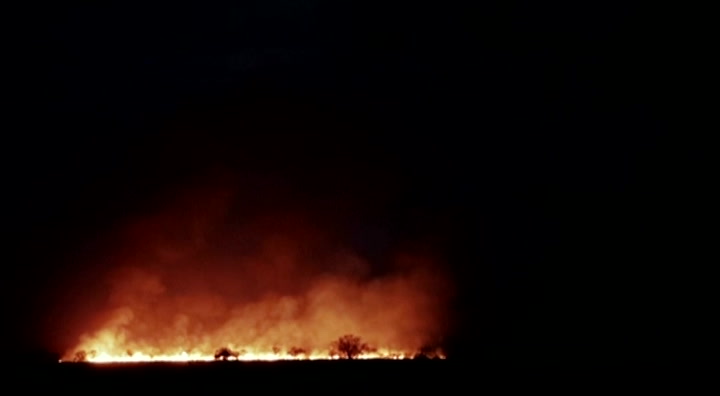 september 18th on d w. the book. this is d w news live from the us mobs out of the 911 attacks and. an escalation of . 18 years since the afghanistan based militant group. killed nearly 3000 people in the u.s. to the decision to increase operations in afghanistan comes only a day after the us president donald trump peace talks with the taliban also on the program. has arrived in the capital.
left
right
email Borrow Program
tv