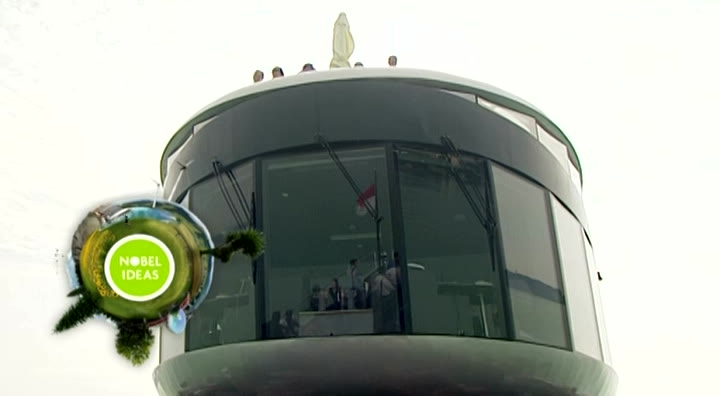 on the surface there are. if you want to think of humanity if we really want to. protest.
2:31 pm 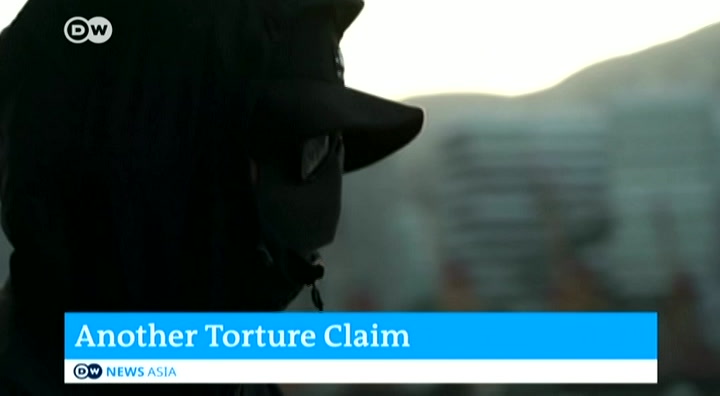 it's good to have you with us over the 6 months of protests in hong kong china has repeatedly claimed that foreign forces under arrest in the tide of tree now it has used to try to prove. a former employee of the u.k. consulate in hong kong says he was tortured by chinese police while on an official trip to the mainland in august simon chang had been tossed by the consulate to report on the protests in hong kong he says that could be one of the reasons he was detained by police chung has claimed that while in detention police wanted him to
2:32 pm 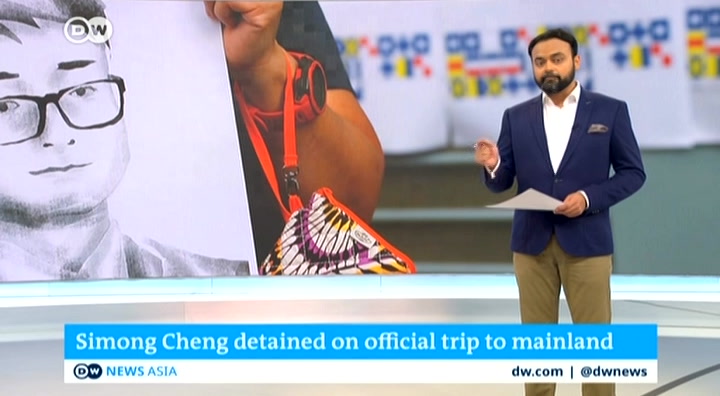 confess to the u.k. was instigating in the territory and to extract this confession police used torture as a. i paid hank coughed and i've been playing for . this not to torture for example i. probably had stop and cough and for several hours and that's you feel very painful. and then for example we need to do a lot of extreme exercise distract task stack for example again into something like this. for several hours as well and you will get a little shuffle in a standstill and if you try to sit down or stop what would happen they were pitney china has responded to these claims saying it did nothing wrong here is what a foreign ministry official had to say about john one year which is simon chinese name. during john one g is detention the public security unit guaranteed
2:33 pm 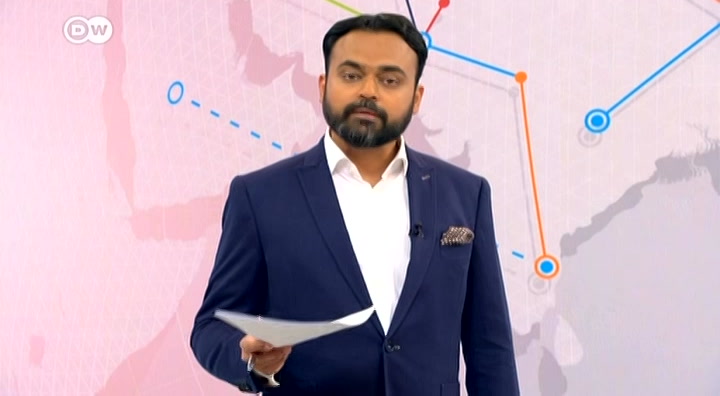 all of his rights and interests according to the law and he also made a full confession about his illegal actions. the illegal actions there refers to allegations simon solicited prostitutes something he denies but simon story of being tortured in chinese custody isn't an exception correspondent matures bullinger spoke to another hong kong whose account of detention is chillingly similar to simon's it started like a routine business trip and indeed in china a secret detention system stanley was crossing the border to mainland china when he was stopped. would a police searched his phone and questioned him for several hours. then in the evening 2 police officers came they handcuffed me and put a black hood on my head. then they took me away.
2:34 pm 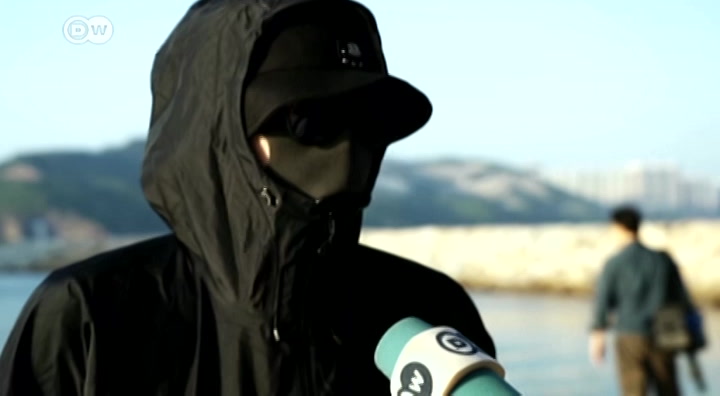 for fear of retribution we cannot show his face stanley wong is not his real name his accounts cannot be very fide independently but his story is in line with accounts from other detainees. at that time border police had begun systematically searching the phones of hong kong was crossing the border between hong kong and the mainland a photo of wong attending a peaceful march in june caught their attention he explained it was unauthorized march and that hong kong allowed him to participate but they wouldn't listen. they said this was about a matter of national security and that it wasn't up to me to decide what in danger in it means national security is above all other laws when national security is concerned they said we can catch you in hong kong or any other place in the world.
2:35 pm 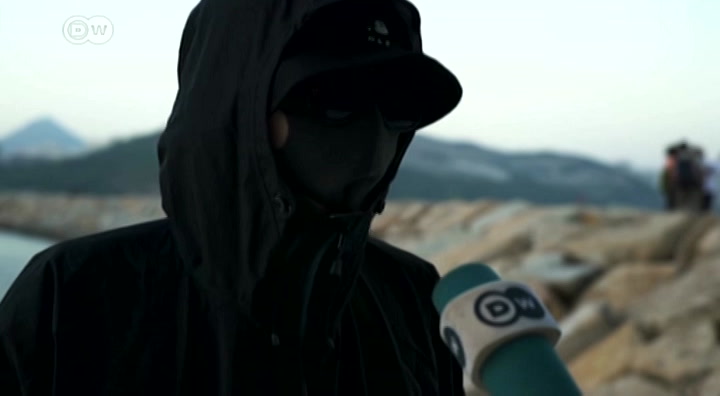 one was held in a single cell that had been covered in soft material the glass door was translucent from the outside only lights left permanently on over and over they interrogated him asking about photos on his vote and contacts to foreign nationals i had to crouch like this for the whole generation of the interrogation they placed me right under annakin dition or with the wind blowing at me constantly each interrogation lasted a few hours and whenever they thought i didn't sit well they would beat me like this. punch my back or kick me in the legs. the number of people who've been detained at the border remains and no one says he was able to catch glimpses into other cells that held people who believes were fellow hong kong escorted the border after 36 hours he was released. my family tried to ask the public
2:36 pm 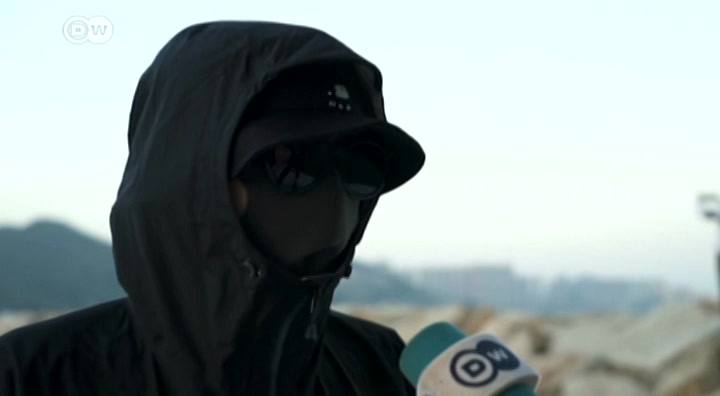 security where i was but they just wouldn't say anything the police even denied they knew me and that i had crossed the border i understood that i could easily be disappeared any time. he's dealt with the experience quite well he says and he won't let it stop him but now when he crosses the border his heart starts to beat a little faster. and remember to go to our web site of a dot com forward slash for our continued coverage of china's handling of the protests in hong kong. a small pacific archipelago off a quarter of a 1000000 people could be on the cusp of becoming the world's newest country the autonomous region of bogun real is located in the solomon sea and is currently a part of for new guinea or be and for short starting saturday its people will head
2:37 pm 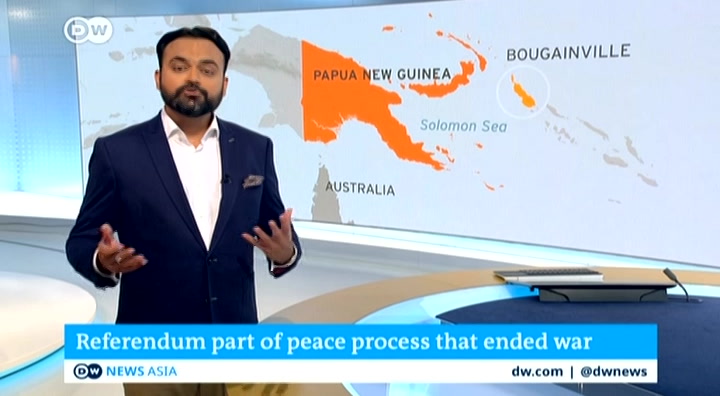 to a referendum to determine if they want to be independent or have greater autonomy the referendum is part of a peace process that ended a decade long war between buffalo new guinea forces and bogun with separatists in 1908 although the voters non-binding many are hopeful the referendum will be the last stop on the path to peace. these men used to fight any and soldiers for independence now they're hoping to achieve that goal and a nonviolent way. they handing in their weapons as part of the gun amnesty ahead of the landmark referendum and. it's one of many reconciliation ceremonies being staged in the province and the hype they will heal the wounds of the past.
2:38 pm 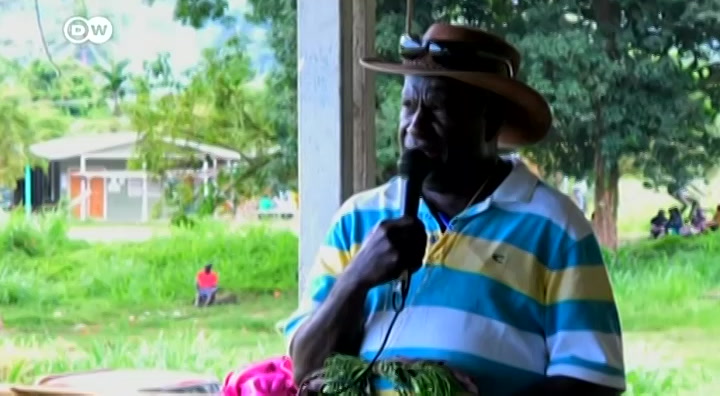 bogan of l. became a province of papa new guinea in 1975 and many people whenever happy about it. and billions don't feel culturally aligned with p.n.d. and they've been repeated pushes for independence in the past some can at a great cost. in the late eighty's and ninety's secessionist rebels and pup when you give me an forces for the brutal civil war that killed up to 20000 people it was the worst violence the region had seen since world war 2. after the war ended the people of bogan vell were promised an independence referendum at some point in the future. now the time has come. over the next 2 weeks some
2:39 pm 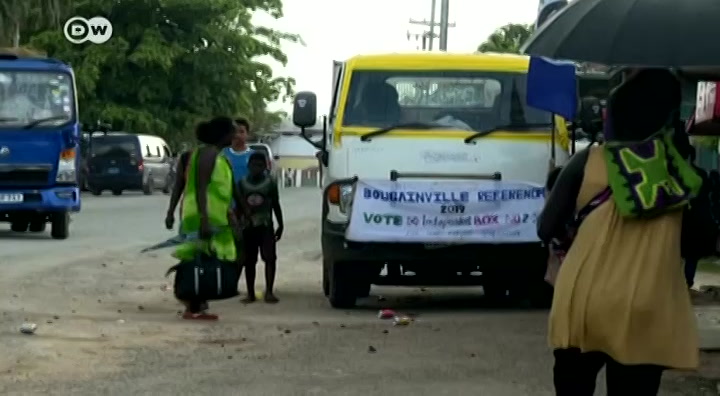 200000 bogan valiance will vote on whether they want greater autonomy or independence from p.n.d. ex-pats can also vote and it's expected that people will overwhelmingly back the latter. looking or so it will mean for this is an important referendum for. the people's rights and they will be able to vote on how they see things what is the peace process it's part of the peace process and part of building real culture culture when we get. the results of the referendum will be announced in december then papua new guinea's parliament will decide whether it will recognize the outcome. as long as they futurist undecided bug and billions are concentrating on reconciling with the past. now what has capital well done but todd is one of the world's oldest cities it's also one of the most
2:40 pm 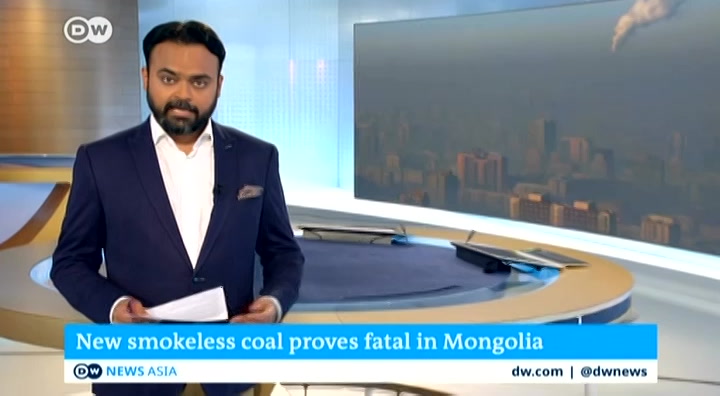 polluted in order to try to combat smaug from coal fired heating the government introduced new smokeless briquettes the new fuel limits far fewer fumes into the atmosphere and is even warmer than traditional coal but a spate of deaths in relation to the briquettes has residents watered on a cold night nothing beats a warm cozy home towboats on brianne and his family recently made the switch to government issued to cats to heat up the house it's supposed to be cleaner but it's also potentially dangerous some mother sprue eat. when we get in with hot and cold i'm afraid we might suffocate but i'm thinking of taking precautions a person talked about a smoke measuring device i'm thinking about getting that. the fear is that she to met this woman's daughter died of carbon monoxide poisoning after using
2:41 pm 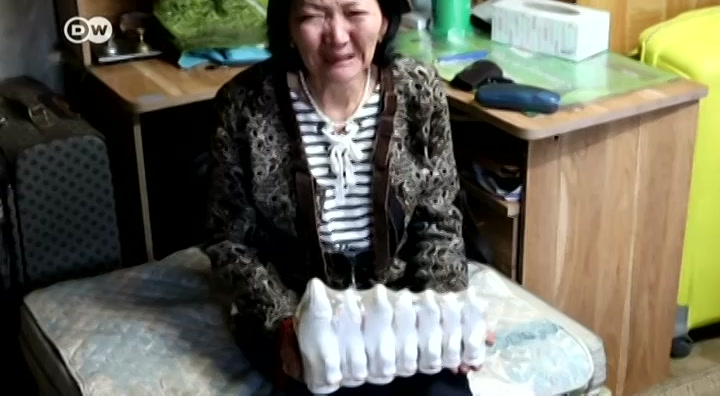 the smokeless co. the processed few needs twice as much oxygen as roll call and needs to be used differently. like so many other victims they didn't realize it who . acted thinking we didn't want to use the briquettes we didn't know how to burn them we didn't have the instructions and because of it my daughter died. i have given so much to my daughter to make her who she is she holds. the heart of the horses so hard for me to. look at what is very difficult for me to live any longer. authorities introduced a new feel in october to replace roll call and efforts to combat dangerous smoke levels. since then at least 7 people have died and at least of those more
2:42 pm 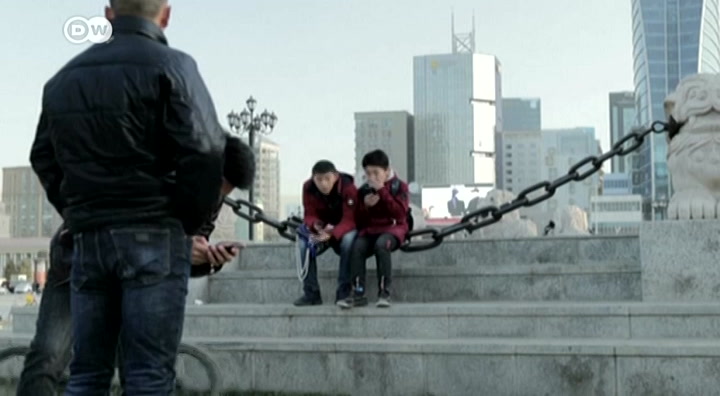 hospitalized the capital's emergency unit says they are teaching residents to burned a few correctly. the 16 year old tabo doesn't share his mother's concerns about the new cold. sonata but the only thing i was worried about really was the last time that when i left my 2 younger siblings alone. and then i couldn't remember whether i'd lit the fire on not that's what that was the only thing that really worried me thought. to hit and settle at. a burning fear over a scheme that was meant to provide warm comfort. i don't want to upside up a dot com forward slash to view this show online and for other stories from the region that's our show for today and make sure to check us out on facebook and as well the . images of the u.s. born john. made the long journey to his new home in myanmar in china's
2:43 pm 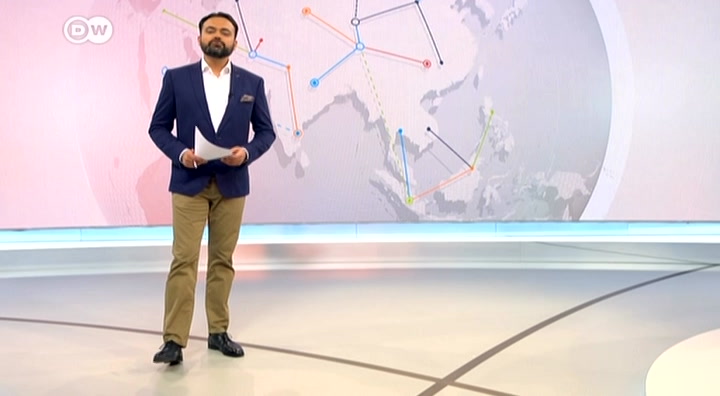 sichuan province are watching. the for. what secrets lie behind small. discover new adventures in 360 degree. and explore the world heritage sites. world heritage 360 get kidnapped now. i'm not laughing at the gym
2:44 pm 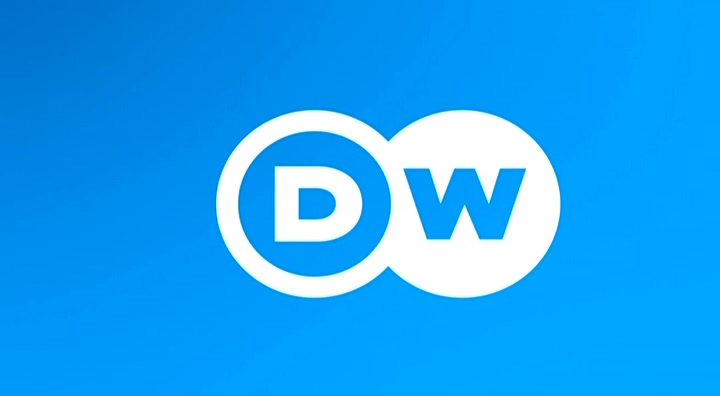 i just sometimes i am but i stand up english is that the german thinks deep into jemma culture looking at the stereotypes claxton using the future of the country that i. needed to take his grandmother. to me because it's all that. i'm rachel join me for me jeff and sunday. post. does technology promote liberty or oppression hong kong protesters connect the world with that but do governments not have the technological upper hand taiwan's digital missed. out it's like no pickup truck you've ever seen tesla's latest electric vehicle turns out to be fragile.
2:45 pm 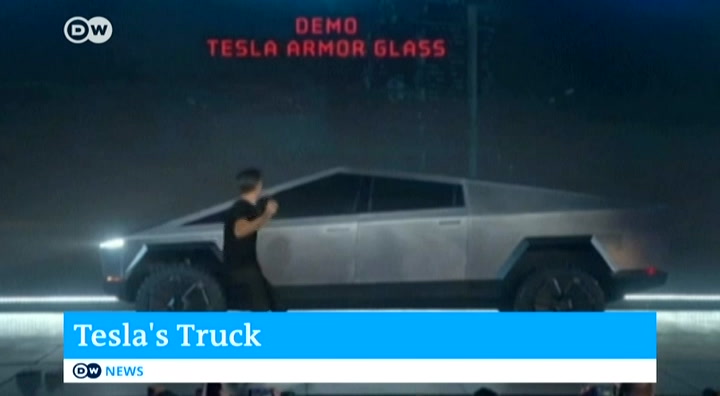 also the latest tech takes to the water at the palin boat show you'll see it's making waves. this is business. as welcome there are signs of a reprieve in the u.s. china trade war and asian markets crept up on friday on positive vibes coming from china hong kong added half a cent and the nikkei gains 0.38 speaking at an economic forum chinese president xi jinping said he wanted to reach the initial trade pact with the us a based on quote mutual respect and equality relations between the world's 2 largest economies have come under strain after the u.s. congress passed 2 bills backing hong kong protests. and speaking of those hong kong's polytechnic university has been an important place of learning over the years not least in computing and digital engineering but
2:46 pm

over the last week it has been the site of a siege involving anti-government protesters and students a small coal remained mobile phones the main out.
left
right
disc Borrow a DVD of this show DVD
tv