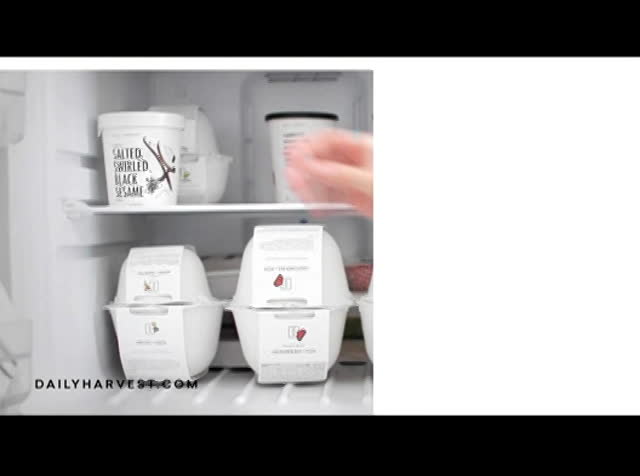 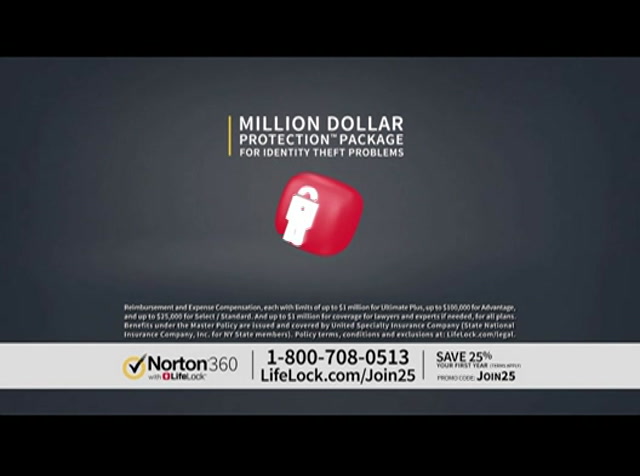 we are back with stunning we are back with stunning drone video of fall foliage, take a look. this is in new hampshire's white mountains, the peak of color. according to the latest foliage report, a drive along route 49 will treat you to awe-inspiring views of the colorful foliage in action. in california, a fourth person has died in a massive
1:43 am 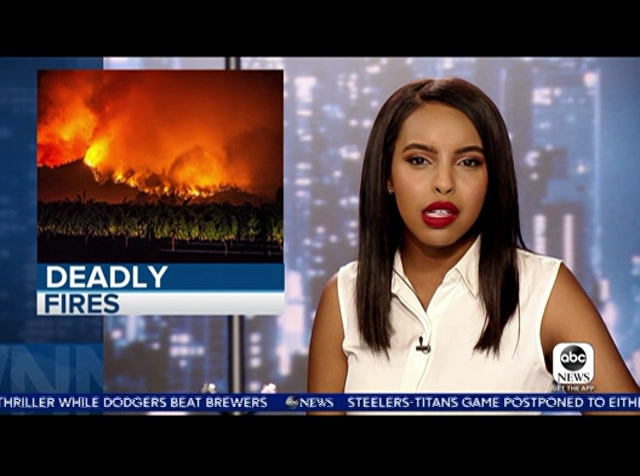 wildfire berning near mt. shasta. further south in wine country, fire crews had to deploy their fire-proof shelters to escape oncoming flames. they are battling low humidity and heavy winds. add to that, record-high temperatures are expected today from the mid-90s to over 100 degrees. troubling new numbers in the battle against the coronavirus. in the u.s., more than 206,000 people have died, with more than 30 states and puerto rico reporting cases on the rise. in wisconsin, cases are skyrocketing. teachers' unions are calling on schools from kindergarten through college to go all virtual. this morning a new vaccine headline. i spoke earlier with dr. darian sutton. dr. sutton, this morning reuters reports the fda is expanding its investigation into the safety of astrazeneca's coronavirus vaccine. what do we need to know? >> this comes after various reports that have not been confirmed by astrazeneca of a possible adverse event of transverse myelitis, inflammation of the spinal cord that can cause lasting nerve damage.
1:44 am 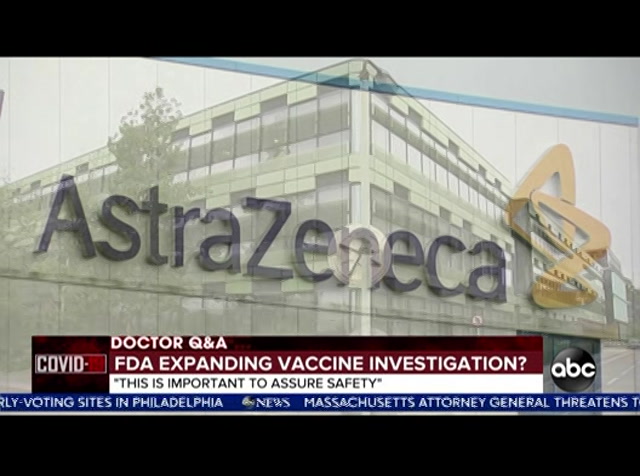 i think it's important these questions are being raised and precautions are being raised by the fda. for many people to understand, many of the vaccines that are currently being studied have different mechanisms of action. astrazeneca's vaccine is a viral vector vaccine. what i've learned is the fda has asked for more research and data on previous studies of viral vector vaccines to try and see if there's any association between this adverse event and viral vector vaccine. this is important to assure safety, but most importantly, confidence during this turbulent race for a vaccine. >> when it comes to covid-19, researchers are warning the transmission risk is "rapidly increasing" across much of the northern u.s., from the pacific northwest to the midwest and northeast. what's to blame here? >> so it's very concerning, to be honest with you. as an emergency fith that has worked during the height of the
1:45 am 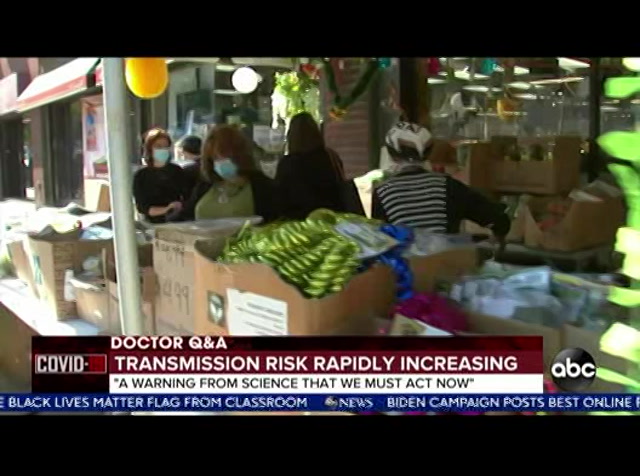 pandemic in the middle of new york city, i fear that we're going to have a repeat of exponential growth. and for context, many public health officials are advising significant mitigation efforts for any area that exceeds 5%. states like wisconsin and south dakota are exceeding 20%. so these predictions are a warning from science that we must act now. >> dr. anthony fauci told our abc news "start here" podcast that he plans to vote in person on election day in november with conditions. and he said he would recommend wearing a mask at thanksgiving this year if you're with people outside your immediate household. what do you make of those statements about the election and about thanksgiving? >> well, i have to agree with dr. fauci. i personally believe that if you feel comfortable going to your local supermarket and shopping, you can vote in person. i'm personally going to vote in person by using basic precautions of wearing my mask, socially distancing. i encourage others to check their local guidelines, to grab a mask, hand sanitizer, get in line and vote. as far as the holiday season, this is going to be a different holiday season than others, but
1:46 am 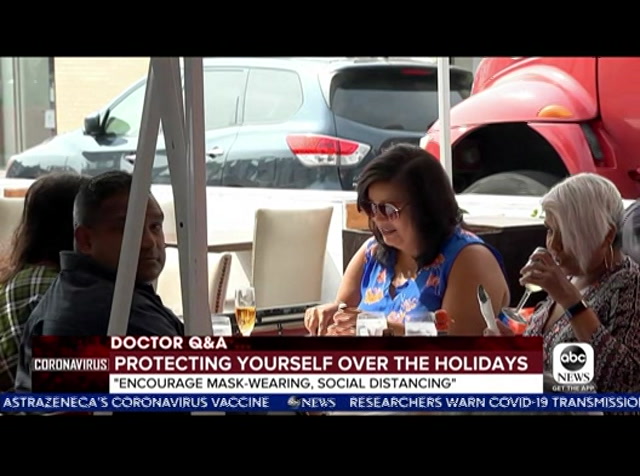 we have to take precautions. i understand that many want to see their friends and family, and i advise that if you have to travel, ask yourself and check yourself. ask yourself if you're in a high-risk area, if you're going to a high-risk area. make sure that you decrease the group size as much as you can. encourage mask wearing, social distancing, and making sure that you're remaining aware. >> ask yourself and check yourself. our thanks to dr. darian sutton. coming up, the new american dream for more than a dozen black families. is
1:47 am 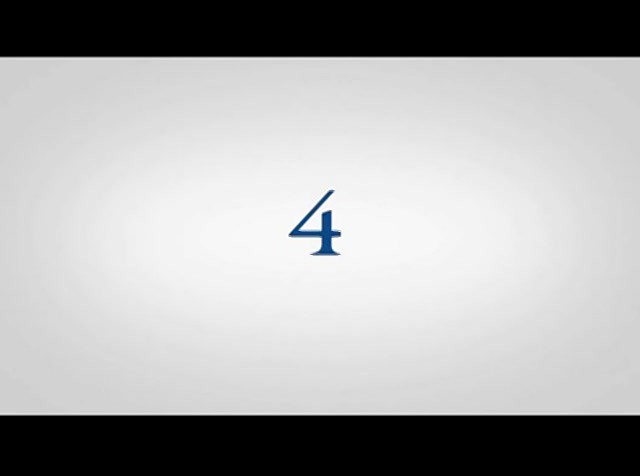 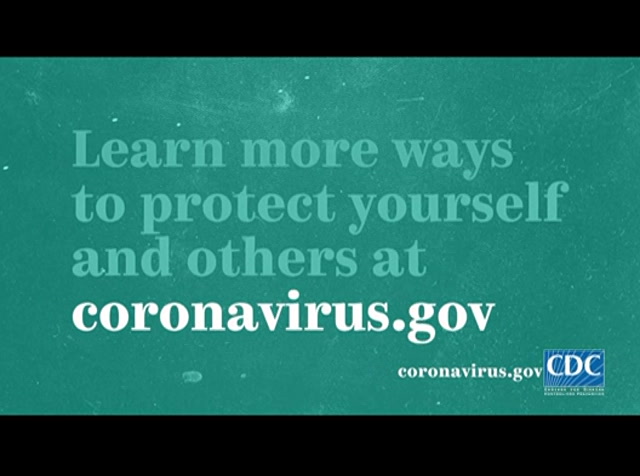 ♪ i'd like to teach the world to sing in perfect harmony ♪ ♪ i'd like to hold it in my arms and keep it company ♪ hoping to live in perfect harmony is a group of black american families who are pooling their resources to create their own safe space. >> they've created what they're calling the freedom, georgia initiative, building their own town literally from the ground up. here's abc's steve osunsami. >> reporter: for now, it's just
1:49 am 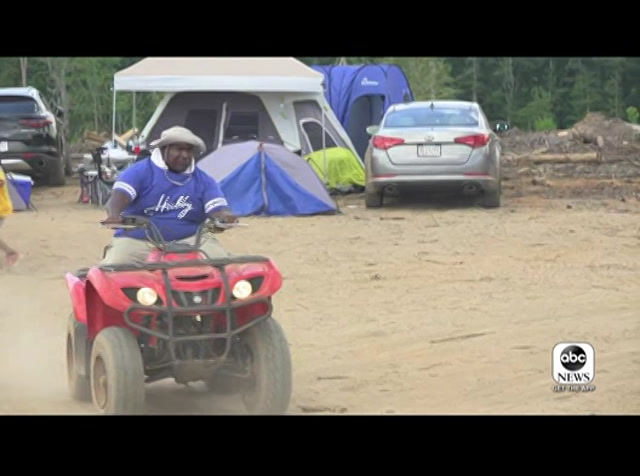 a campground on red georgia clay under the hot georgia sun. >> we're able to address things like violence by living in tolerance and love and being an example with one another. >> reporter: for the black americans who are moving here, this is a dream. >> and we just want to welcome you to freedom, georgia. >> welcome to freedom, georgia! >> reporter: they're starting small. 19 families so far pooled their money to buy 97 acres of land about two hours south of atlanta. they're freedom, georgia, their escape from what they say is the everyday racism that feels a part of life in america. renee walters and ashley scott are the two women who started this all after seeing an ad for affordable land. >> well, it was a post that went viral about, buy a town for sale for the price of a new york apartment. and so when i looked at it, i saw it had all these parcels and acres.
1:50 am 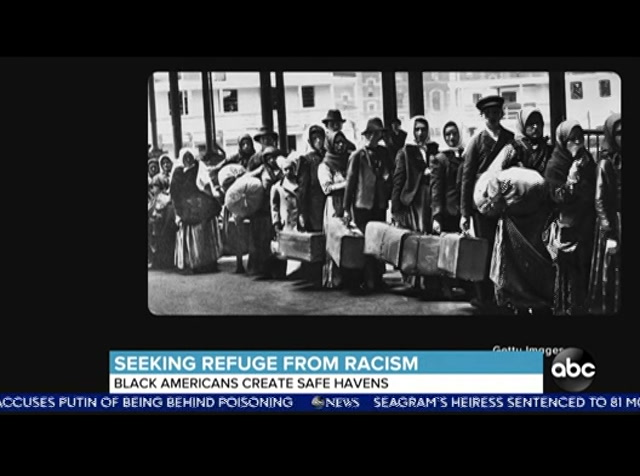 >> reporter: this is by no means the first time where people who felt persecuted or unwanted have left a place to raise stakes somewhere new. immigrants from ireland, italy, germany all moved to america to find better lives and created ethnic communities. it's why the conservative dutch left the motherland in the mid 1800s and set up in holland, michigan. but these are americans who are already in the land of the free. the browns are one of the thousands of black families thinking about building here. they drove down from chicago on labor day weekend to investigate. >> i think that if we want to feel safe, secure, and be able to honor our culture, our heritage, and plan for our children, and not have to worry about what happens to them when they leave out the door, we have to -- not necessarily segregate but have our own. there's so many communities that have their own space. it's not that we're anti anything, we have to be pro-black love. >> reporter: dr. tabitha ball and her husband, greg mullins, said they first need to build
1:51 am 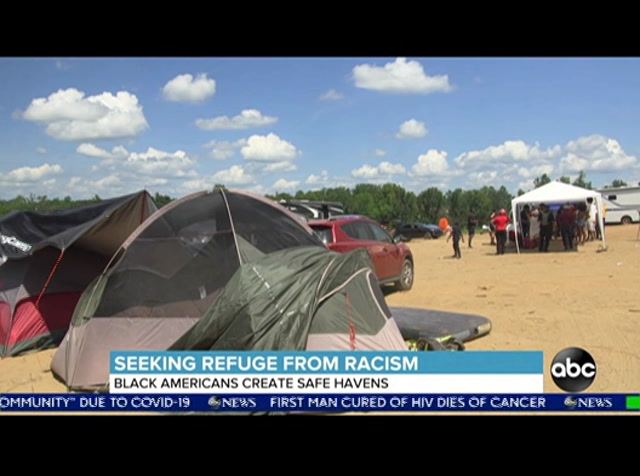 roads, get running water and electricity here, before families can build their homes. even though they currently live in a community with black doctors and black police, they say moving here is still better for their family. >> we're not preaching separation. we're not preaching segregation. no. we just want to be safe. that's it. >> exactly. that's all, we don't ask for anything else, i just want to live. >> just to be safe, is that too much to ask for? just to be safe. >> reporter: for abc news, i'm steve osunsami. >> our thanks to steve there in georgia. >> that's right. i mean, there's little italy, germantown, that was a great comparison he made there. i mean, from the beginning of this country there have been groups of different people who have come together and settled -- >> yep, in different parts of this great land. when she said in that sound bite there that you can get a town for what you'd pay for a new york city apartment, that was no joke. the entire parcel of land was listed at $1.7 million. >> that was triggering. coming up, "the mix."
1:52 am 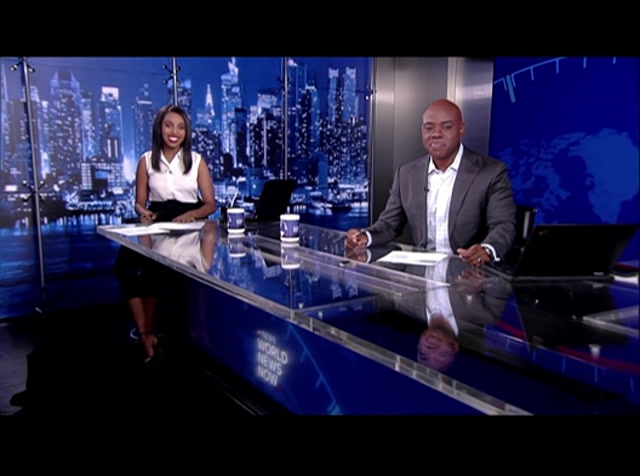 the pizzeria that's taking comfort food to a whole new level.
1:53 am 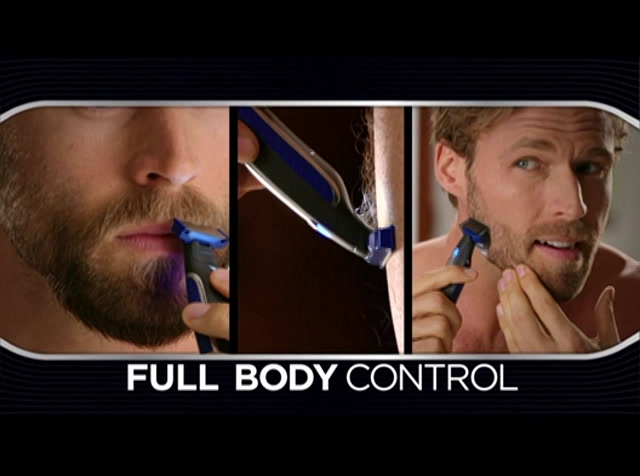 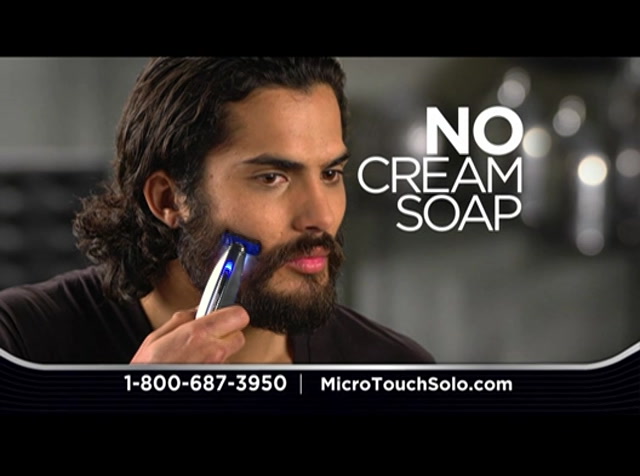 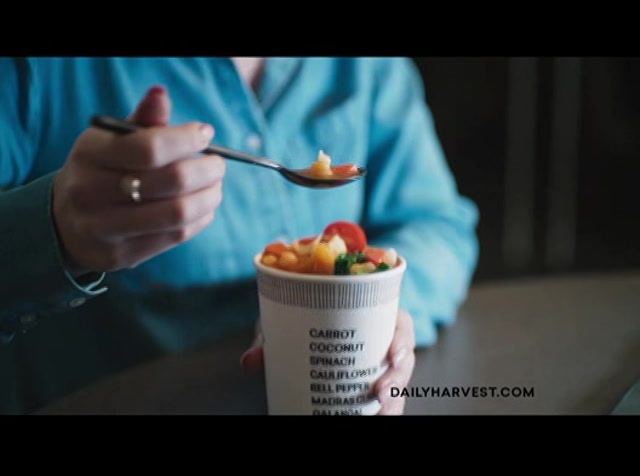 time now for "the mix." starting with spreading love the brooklyn way. this one pizzeria is offering words of comfort to reassure us during these uncertain times for $1. it's an add-on. there's the grub hub posting. you order your pizza and if you add on, for $1, comforting words, then the delivery person will come up to you and say, "everything's going to be all right." "you're doing the best you can." >> comfort food, comforting words. >> right. >> that's pretty nice. because i need some comfort after i eat all that pizza. >> i know. i wish you could customize and it it could be like, live your best life, eat that pizza. >> wait, so some might think it's strange that brooklyn would be the one to give comforting words. because it's brooklyn. >> no, spread love. it's the brooklyn way.
1:56 am 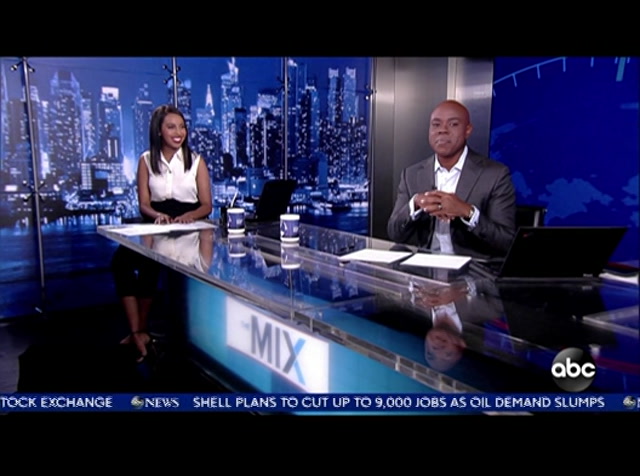 >> okay, okay. i need to learn more about brooklyn, i guess. and about hell. michigan, that is. a man says you could be the mayor of hell. he wants you to go to hell. >> oh! >> he wants you to come visit his town. he's going to give the reins to this unincorporated town about 60 miles west of detroit. he says he wants you to spend the night in his creepy church-shaped tiny house which stands behind gates "exiting gates of hell" sign. we are in holiday season. down south, don't be messing with the halloween stuff. >> if i told my mom, hey, i'm going to hell, she'd throw holy water on me. >> bookings begin october 14th. for stays on the 18th, 21st, 24th, and on the 31st, the rate is $31 for the night. >> oh! i mean, listen. halloween still has to continue. it is a great holiday. so that's an option. >> okay. well, i also have a
1:57 am 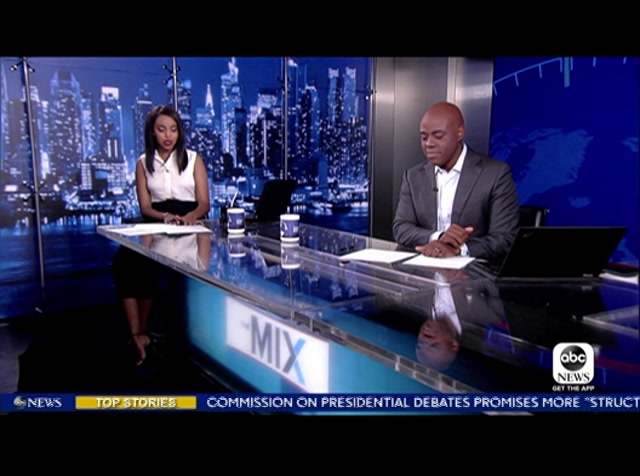 different story for you. this is actually -- could be groundbreaking. in england they are testing out a jet suit that would get first responders to a scene of an accident in record time. in this test that they did, the pilot reached a hilltop casualty site in 90 seconds. >> wow. >> on foot, you know how long that would have taken him? 25 minutes. >> for me, at least two hours. definitely. >> yeah, could be groundbreaking, because you know for first responders, every second counts when someone's life is on the line. here's a quote. they said, it is time in health care when we are exhausted with covid and it's still important to push the boundaries, and they are doing exactly that in england. >> more work probably has to go into that. if i put on that jet suit, i'm going to need a first responder. i also need this. golden retrievers in colorful tutus in pennsylvania. elizabeth town. look at them, so cute.
1:58 am 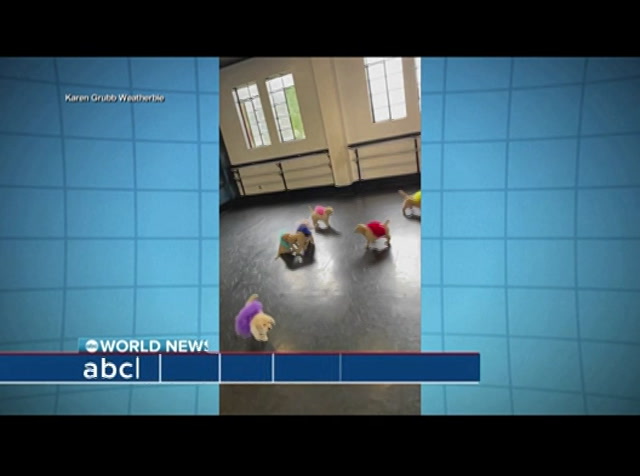 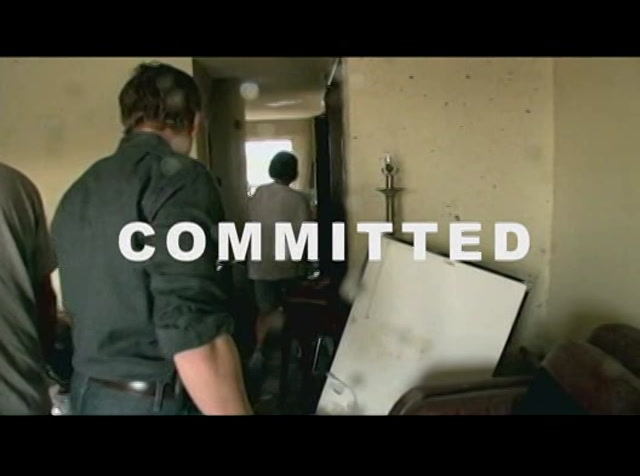 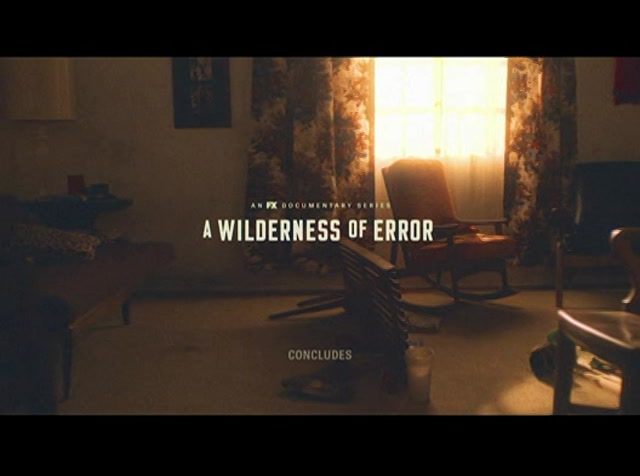 >> announcer: it's "live with kelly and ryan!" 's today, grammy award-winning country star, tim mcgraw. and to dr. jennifer ashton answers your most asked health questions regarding these troubling times. also, will meet the creative new york mom that is keeping her preschoolers motivated. all next on "live!" ♪ [cheers and applause] and now, here are kelly ripa and ryan seacrest! [cheers and applause] ♪ >> ryan: good morning. hello. thank you. thank you very much. [cheers and applause] >> kelly! [laughter] >> kelly: please be seated. it's embarrassing. >> ryan:
left
right
disc Borrow a DVD of this show DVD
tv

Up-to-date information on current events and news from around the world, airing in the overnight hours. Its tone is somewhat lighter than a regular news broadcast, though reports are filed from the usual ABC News correspondents. Weather and pop culture stories round out the reports.